164 BCE – Judas Maccabeus restores the Temple in Jerusalem during the Maccabean Revolt against the Seleucid Empire, commemorated by the Jewish festival of Hanukkah

1009 – Lý Công Uẩn is enthroned as emperor of Đại Cồ Việt, founding the Lý dynasty of Vietnam. His reign from 1009 to 1028 is a time of peace and prosperity

1631 – Catharina Questiers born, Dutch poet and dramatist, one of the few successful women poets in late 17th century Holland; The Battle for the Laurels was a joint publication with poet Cornelia van der Veer of their friendly contest – paired poems to see who most deserved the poetic laurels – which was declared a tie 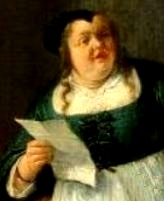 1835 – Hetty Green born, American businesswoman and financier, called the “Witch of Wall Street,” the richest woman in America, and a terrible miser; her daughter was dressed in cast-off clothes, and Green refused to pay a doctor when her teenaged son’s leg was broken in an accident, which later had to be amputated

1877 – Thomas Edison announces his invention of the phonograph

1897 – Mollie Steimer born in Tsarist Russia, U.S. anarchist, trade unionist, and advocate for prisoners’ rights; arrested with five others in 1918 for printing and distributing leaflets denouncing U.S. military action against the Bolshevik revolution.  Their trial became a cause célèbre, the first major prosecution under the Sedition Act, notable for the blatant infringement of the defendants’ rights.  They were all were represented by attorney Harry Weinberger, well-known for defending conscientious objectors, pacifists, and radicals. The two-week trial was in October, 1918. Weinberger argued that, since the defendants’ actions did not directly interfere with the war effort, they were not punishable under the provisions of the Sedition Act. Despite his defense, all but one of the defendants were found guilty, and four were given major sentences, including Steimer.  She was convicted  and sentenced to prison. The case went to the  U.S. Supreme Court, which upheld the lower court. Steimer was deported to Russia in 1921. She protested in Russia against Bolshevik persecutions of Russian anarchists, and was deported again. She went first to Germany, then to Paris, aiding political prisoners and anarchist exiles. After the Germans took Paris in 1940, she was arrested and sent to an internment camp, but was released.  She fled from Europe, and spent the rest of her life in Mexico 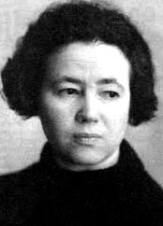 1905 – Albert Einstein’s “Does the Inertia of a Body Depend Upon Its Energy Content?” is published in the journal Annalen der Physik. It reveals the relationship between energy and mass, which leads to the mass–energy equivalence formula E = mc²

1910 – Sailors on board Brazil’s warships including the Minas Geraes, São Paulo, and Bahia, violently rebel in the Revolta da Chibata (Revolt of the Lash) 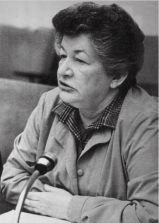 1927 – Columbine Mine massacre: Colorado state police fire on a group of unarmed striking coal miners. Six strikers were killed, and dozens were injured

1929 – Marilyn French born, American radical feminist author of nonfiction and fiction; Beyond Power: On Women, Men and Morals; From Eve to Dawn: A History of Women; best known for her novel, The Women’s Room

1933 – Etta Zuber Falconer born, American mathematician and educator; one of the first African American women to receive a Ph.D. in mathematics, in 1969, from Emory University, with a dissertation on abstract algebra; she was as a mathematics instructor at Spelman College in 1965, and later became a professor, and then head of the department there; she earned a Master of Science degree in computer science in 1982 to enable her to set up a computer science department at Spelman. In 1995, Falconer was honored by the Association for Women in Mathematics, who awarded her the Louise Hay Award for outstanding achievement in mathematics education

1937 – Marlo Thomas born, American actress-producer, known for award-winning feminist children’s franchise, Free to Be… You and Me

1942 – The Alaska Highway (aka ALCAN Highway) opening ceremony at Soldier’s Summit, but it’s mostly restricted to military and supply vehicles until after WWII

1959 – American disc jockey Alan Freed, who popularized the term “rock and roll” music, is fired from WABC-AM radio for refusing to deny allegations he took bribes during the recording industry ‘payola’ investigation

1963 –U.S. President John F. Kennedy and the First Lady arrive in San Antonio TX, to begin a two-day tour of Texas that ends in his assassination in Dallas

1964 – The Verrazano–Narrows Bridge between Staten Island and Brooklyn opens to traffic, the world’s longest bridge span (1964 until 1981)

1969 – U.S. President Richard Nixon and Japanese Premier Eisaku Satō meet in Washington, D.C. and agree on the return of Okinawa to Japanese control in 1972, with the U.S. retaining its rights to bases on the island, as long as they are nuclear-free

1977 – New Zealand  announces that its two official national anthems, “God Save the Queen” and “God Defend New Zealand” by Thomas Bracken (lyrics) and John Joseph Woods (music), both being of equal status as appropriate to the occasion

1980 – An estimated 83 million viewers tuned in to find out “who shot J.R.” on the CBS prime-time soap opera Dallas. Kristin was the character that fired the gun

1985 – Former U.S. Navy intelligence analyst Jonathan Jay Pollard is arrested, accused of spying for Israel – he would be convicted and sentenced to life in prison

1986 – U.S. Attorney General Ed Meese is asked to conduct an inquiry of the Iran arms sales.  National Security Council member Oliver North and his secretary start to shred documents implicating them in the sale of weapons to Iran and channeling the proceeds to help fund the Contra rebels in Nicaragua

1992 – After a damning story appears in the Washington Post, U.S. Senator Bob Packwood (R-OR) issues an apology but refuses to discuss allegations that he had made unwelcome sexual advances or assaulted 10 women, chiefly former staffers and lobbyists, between 1969 and 1992: “I’m apologizing for the conduct that it was alleged that I did.” Eventually over a dozen more women would come forward

1993 – The U.S. House of Representatives vote against making the District of Columbia the 51st state

Nona Blyth Cloud has lived and worked in the Los Angeles area for the past 50 years, spending much of that time commuting on the 405 Freeway. After Hollywood failed to appreciate her genius for acting and directing, she began a second career managing non-profits, from which she has retired. Nona has now resumed writing whatever comes into her head, instead of reports and pleas for funding. She lives in a small house overrun by books with her wonderful husband.
View all posts by wordcloud9 →
This entry was posted in History, Holidays, On This Day and tagged Dame Beryl Bainbridge, Milka Planinc, Mollie Steimer, Rene Magritte, Thomas Edison, Voltaire, Yolande James. Bookmark the permalink.