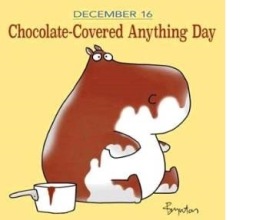 755 – General An Lushan revolts against Chancellor Yang Guozhong at Yanjing, initiating the An Lushan Rebellion during the Tang dynasty of China

1431 – Henry VI of England is crowned King of France at Notre Dame in Paris; Charles VII contests his right to the French throne

1497 – Vasco da Gama passes the mouth of the Great Fish River of the Eastern Cape of South Africa, where Bartolomeu Dias had previously turned back to Portugal

1630 – Mary Somerset born as Mary Cavell; Duchess of Beaufort, English gardener and botanist, whose collection of plant specimens and seeds numbered in the thousands; published a 12-volume herbarium

1689 – After the Convention Parliament is convened to form an interim government and transfer the crowns of England, Scotland and Ireland from James II to William III and  Mary II as co-regents, the Bill of Rights 1689 is enacted, limiting the powers of the monarch, and giving rights and powers to Parliament, as well as individual rights

1717 – Elizabeth Carter born, English poet, classicist and translator; a member of the Bluestocking Circle; first to translate into English the extant works of Epictetus, the Greek stoic philosopher 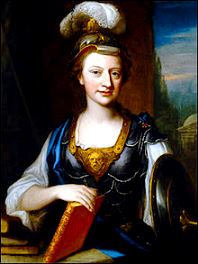 Elizabeth Carter as Minerva, goddess of wisdom,
by John Fayram

1773 – Boston Tea Party Day * – In the Massachusetts colony, members of the Sons of Liberty disguised as Mohawk Indians board three British teas ships, and dump 342 chests of tea into Boston Harbor. They are protesting the British Parliament’s Tea Act of 1773, which gives a virtual monopoly on the American tea trade to the East India Company

1787 – Mary Russell Mitford born, English author, poet and dramatist; noted for her five-volume Our Village, a collection of short stories and sketches

1809 – By act of the French Senate, Napoleon Bonaparte divorces Josephine

1843 – Josephine Shaw Lowell born, American charity worker and social reformer; first woman appointed to the New York State Board of Charities (1876-1889); founder of the New York Consumers League (1890) which advocated for better wages and working conditions for women, publishing a “White List” of retail stores which treated their women clerks well (which initially had few stores on it), and inspired chapters in other cities across the nation, becoming the National Consumers League, a powerful lobbying group

1867 – Amy W. Carmichael born, Irish Protestant missionary and author, founder of a mission and orphanage in the Tamil Nadu state in India, where she served for 55 years; her work with girls and young women saved many of them from forced prostitution;  Things as They Are: Mission Work in Southern India, and Gold Cord

1869 – Bertha Lamme Feicht born, American mechanical engineer with a specialty in electricity; in 1893, she was the first U.S. woman to earn an engineering degree other than in civil engineering, and the first woman graduate in engineering from Ohio State University; first woman engineer hired by Westinghouse; her daughter Florence became a physicist for the U.S. Bureau of Mines

1895 –Marie Hall Ets born, American illustrator and children’s author; won the 1960 Caldecott Medal for her illustrations in Nine Days to Christmas, which she co-authored 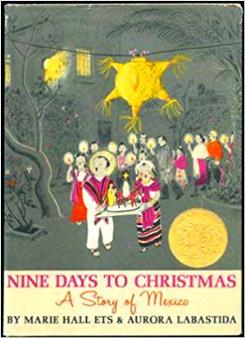 1900 – Lucile Lortel born, American theatrical producer/co-producer/artistic director  of nearly 500 plays, five of which were nominated for Tony Awards; noted for producing  Marc Blitzstein’s adaptation of the Bertolt Brecht-Kurt Weill Threepenny Opera, which ran Off Broadway for seven years, and the New York Times said “put Off Broadway on the map”

1901 – The Tale of Peter Rabbit, by Beatrix Potter, is published; it sets a new standard for children’s books, and is the first step for Potter toward independence 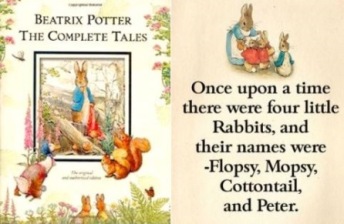 1912 – The first postage stamp with an airplane is issued, a 20-cent parcel-post stamp

1916 – Grigori Rasputin, a self-proclaimed holy man who wields great influence over Tsar Nicholas II and his wife, Alexandra, is murdered by a group of Russian nobles

1928 – Philip K. Dick born, American Science Fiction author, short story writer and philosopher; among his best-know works are: Do Androids Dream of Electric Sheep?,  The Man in the High Castle, and “We Can Remember It for You Wholesale”

1932 – Grace Alele-Williams born, first Nigerian woman to earn a doctorate degree and first woman to become a Nigerian university vice-chancellor, at the University of Benin. She is also a professor of mathematics education, and a consultant to UNESCO and the Institute of International Education Planning

1938 – Liv Ullmann born, Norwegian actress and film director; her first directing project was Sofie in 1992, followed by Faithless (2000), which was nominated for the Palme d’Or at the Cannes Film Festival, and in 2009, she directed Cate Blanchett in a stage production of A Streetcar Named Desire, which opened in Sydney Australia, then moved to the Kennedy Center in Washington DC. In 2014, her film adaptation of Miss Julie, starring Jessica Chastain, was released

1941 – Leslie Stahl born, American television journalist; recounts that on the night of the 1972 Nixon-McGovern election, her on-air studio chair was labeled “Female” in masking tape, instead of with her name as her colleagues chairs were; noted for her coverage of Watergate, which earned her a promotion to CBS White House Correspondent; since 1991, she has reported for 60 Minutes; when Katie Couric was hired in 2006, CBS news asked Stahl to take a $500,000 cut in salary to accommodate Couric’s salary; author of the memoir, Reporting Live

1944 – WWII: The Battle of the Bulge begins as German troops launch a surprise counterattack against the Allied forces in Belgium

1949 – Dame Heather Hallett born, English judge; as a Bencher of the Inner Temple, she became the first woman to chair the Bar Counsel in 1998; appointed in 2005 as the fifth woman to sit in the Court of Appeal; since 2013, Vice-President of the Criminal Division of the Court of Appeal

1951 – Sally Emerson born, English novelist, poet, anthologist and travel writer; worked for the Illustrated London News, and as editor of Books and Bookmen (1978-1985). Her first novel, Second Sight, was published in 1980, and won the Yorkshire Post Best First Novel award. 1983’s Listeners was followed by the bestsellers Fire Child, Separation, Heat and Broken Bodies. She also edited several anthologies of both prose and poetry, and has been a travel writer for the Sunday Times since 2003

1951 – Aykut Barka born, Turkish earth scientist, specializing in earthquakes; best known for his contributions to understanding the North Anatolian Fault Zone, one of the most dangerous active faults in the world 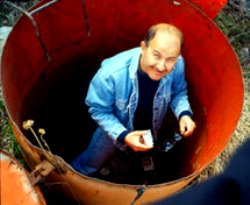 1955 – Carol Browner born, American lawyer and environmentalist; Director of the Office of Energy and Climate Change Policy (2009-2011), a position abolished by the Trump administration; Administrator of the Environmental Protection Agency (EPA – 1993-2001)

1965 – Melanie Sloan born, served as Minority Counsel for the House Judiciary Committee, working on criminal justice issues for Ranking Member John Conyers (D-MI), and as Counsel for the Crime Subcommittee of the House Judiciary Committee, drafting portions of the 1994 Violence Against Women Act; District of Columbia Assistant U.S. Attorney (1998-2003); co-founder in 2003, and first Executive Director of Citizens for Responsibility and Ethics in Washington (CREW) which publishes a “Most Corrupt Members of Congress” list; in November 2017, Sloan publicly accused John Conyers of harassment and verbal abuse when she worked for the House Judiciary Committee, and several other woman also came forward; Conyers has denied all the allegations, but recently announced his resignation 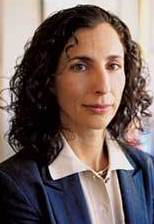 1976 – Jen Golbeck born, America computer scientist, academic and author; Associate Professor at the College of Information Studies, University of Maryland, College Park, and director of the University of Maryland Human–Computer Interaction Lab (2011-2014); noted for her work on computational social network analysis; program co-chair of ACM RecSys 2015; contributor to the on-line magazine Slate; she started The Freedom of Science Network after the last presidential election to help government scientists to find new jobs if they were fired, then used the network to ask for help in finding housing and work for scientists who were stranded by the administration’s travel ban in 2017, and got 1,000 offers of help within 72 hours; her publications include Online Harassment (editor), and Trust on the World Wide Web: A Survey 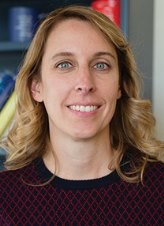 1994 – The ‘Day of Reconciliation’ is inaugurated in South Africa

1995 – Many U.S. government functions are again closed as a temporary finance provision expires and the budget dispute between President Clinton and Republicans in Congress continues

1996 – Britain’s agriculture minister announces the slaughter of an additional 100,000 cows thought to be at risk of contracting BSE (‘mad cow disease’)

2000 – Researchers announce information from NASA’s Galileo spacecraft indicating that Ganymede appeared to have a liquid saltwater ocean beneath a surface of solid ice. Ganymede, a moon of Jupiter, is the solar system’s largest moon 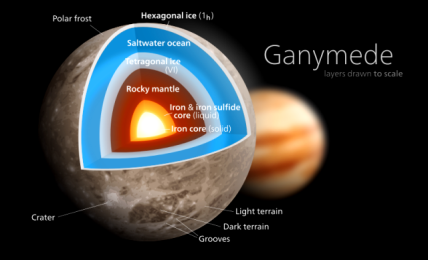 2001 – Cuba receives the first commercial food shipment from the United States in nearly 40 years, was sent to help Cuba in the aftermath of Hurricane Michelle

2009 – Astronomers announce discovery of  GJ1214b, the first-known exoplanet on which water could exist

2012 – The gang rape and fatal torture of Jyoti Singh on a Delhi bus sparks international outrage, and protests demanding tougher penalties for rape and sexual violence in India 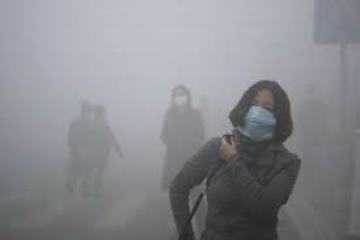 Nona Blyth Cloud has lived and worked in the Los Angeles area for the past 50 years, spending much of that time commuting on the 405 Freeway. After Hollywood failed to appreciate her genius for acting and directing, she began a second career managing non-profits, from which she has retired. Nona has now resumed writing whatever comes into her head, instead of reports and pleas for funding. She lives in a small house overrun by books with her wonderful husband.
View all posts by wordcloud9 →
This entry was posted in History, Holidays, On This Day and tagged Amy W. Carmichael, Beatrix Potter, George Santayana, Grace Alele-Williams, Jen Golbeck, Philip K. Dick, Sir Noel Coward. Bookmark the permalink.