887 – Berengar of Fruili becomes King Berengar I of Italy, then becomes Holy Roman Emperor after 915; his reign lasts until his death in 924, in spite of seven other claimants to the throne

1489 – The city of Almería, on the southeast coast of Spain, is taken by the Catholic Monarchs Ferdinand and Isabella, from Muhammad XIII, Nasrid Emir of Granada

1526 – Rose Lok Hickham born, English memoirist and Protestant exile, who worked for her husband and one of her brothers, who were mercers (dealers in textiles, especially silk and other fine materials) in partnership together. Her father had been King Henry VIII’s mercer. But when Catholic Mary I came to the throne in 1553, Rose’s husband and brother were imprisoned as ‘religious heretics’ but were later released to house arrest, and eventually freed. The Hickhams went into exile in Antwerp, but Rose returned to England after Queen Mary’s death.  At the age of 84, she wrote an account of her parents, and of the events during her life up to the year 1558

1618 – Elisabeth born Princess of the Palatinate, Princess-Abbess of Herford Abbey (1667-1680), providing refuge for persecuted Protestants; had extensive correspondence with notable intellectuals of the time, René Descartes in particular, with whom she carried on a lively debate about his idea of Dualism (mind separate from the body); this correspondence has given scholars insight into 17th century theoretical debates 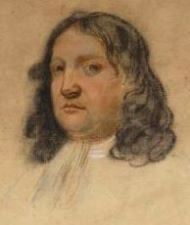 1776 – American Revolution, the Battle of Trenton: after General George Washington and troops of the Continental Army cross the Delaware River during Christmas night, they launch a surprise early morning attack on a garrison of Hessian mercenaries at Trenton, capturing almost two-thirds of the Hessians, with only five wounded Americans, and two dead from exposure during the nine mile march from the river in freezing conditions.  Though it was a small, short battle, it put an end to rumors that the Continental Army was on the verge of collapse, put new heart into the American rebels, and attracted new recruits to the Continental Army

1780 – Mary Fairfax Somerville born, Scottish polymath; she and Caroline Herschel became the first women members of the Royal Astronomical Society at the same time; the term “scientist” was first used to describe her, someone who possesses the intellect to combine mathematics, astronomy and physics seamlessly; author of “On the Magnetizing Power of the More Refrangible Solar Rays”

1791 – Charles Babbage born, mathematician-engineer, inventor of the adding machine, and the cowcatcher, the V-shaped metal bumper on front of locomotives

1799 – Four thousand people attend George Washington’s funeral where Henry Lee III declares he was “first in war, first in peace and first in the hearts of his countrymen”

1819 – E.D.E.N. Southworth born, American author of over 60 novels, who took up writing to support her children when her husband deserted the family in 1844; supporter of women’s rights and friend of Harriet Beecher Stowe; best known for The Hidden Hand, a novel which first appeared in serial form in the New York Ledger

1862 – Dakota War, 1862: U.S. military tribunals convict 303 Sioux prisoners of murder and rape, and sentence them to death. None of the Sioux were represented by attorneys, and no one explained the proceedings to them. President Lincoln personally reviewed the trial records to distinguish between those who had engaged in warfare against the U.S. military, and those who had committed crimes of rape and murder against civilians. He commuted the death sentences of 264 prisoners. One of the remaining 39 condemned men was granted a reprieve, but the U.S. Army executed the other 38, the largest mass-hanging in U.S. history, in Mankato, Minnesota. Their bodies were buried in a mass grave

1862 – The USS Red Rover is commissioned by the U.S. Navy as a hospital ship and takes aboard Sisters of the Order of the Holy Cross, the first women to serve as nurses aboard a navy ship

1864 – Yun Chi-ho born, early Korean nationalist, political thinker, government official, writer and activist; he used the pen name Jwa-ong. A member of the Independence Club and Shnminhwae (People’s joint association), he pushed for reforms and modernization. In 1910, Korea was fully annexed by the Japanese empire. In 1911, Yun Chi-ho was implicated in the assassination attempt on the Japanese governor-general, but his long sentence was shortened in a series of retrials, and he was given amnesty in 1917. His imprisonment seemed to change his attitude, and he gave much less support to the Korean nationalist movements after that

1867 – Phan Bội Châu born, pioneer of the 20th century Vietnamese nationalism; in 1903, he formed Duy Tân hội (Revolutionary Society), then wrote political tracts calling for Vietnamese independence from French colonial rule while in exile in Japan (1905-1908). Japan deported him, and he went to Hong Kong, where he formed Việt Nam Quang Phục Hội (Vietnamese Restoration League) with other dissidents, modeled on Sun Yat-sen’s republican party. In 1925, French agents seized him in Shanghai. He was convicted of treason and spent the rest of his life under house arrest in Huế, Vietnam

1871 – Gilbert and Sullivan collaborate for the first time, on their lost opera, Thespis

1893 – Mao Tse-tung born, leader of the communist revolution in China

1898 – Marie and Pierre Curie announce the isolation of radium

1900 – Evelyn Bark, leading member of the British Red Cross; fluent in six languages with a working knowledge of several others, she developed language cards to help doctors and nurses communicate with patients when there was no shared language; during WWII, she was part of the British Red Cross Commission entering just-liberated Belgium, the Netherlands and Germany; one of the first volunteers to enter the Bergen-Belsen concentration camp; after the war, worked for the Red Cross International Tracing Service, helping survivors from the camps, trying to reunite them with their families, as well as organizing a hospital and rehabilitation center for them; coordinated relief for Hungarian refugees in 1956; one of the first women to receive the British Order of St Michael and St George in 1967; No Time to Kill is her autobiography

1901 – The Kenya-Uganda railway, built by the British East Africa Company and stretching between Mombasa and Kisimu, is completed

1918 – Dame Olga Lopes-Seale born in Guyana, social and community volunteer in Barbados, and radio broadcaster in both countries; she worked as a broadcaster for Radio Demerara in Guyana, then for Barbados Rediffusion Services, and was actively involved with the Needy Children’s Fund in Barbados 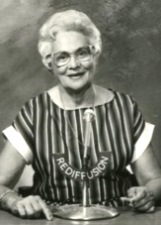 1926 – Edgar Dumile Ngoyi born, South African activist, member of uMkhonto we Sizwe (Spear of the Nation), the armed wing of the African National Congress. In 1963, he was arrested and sentenced to 17 years on Robben Island. After his release in 1984, he joined the Port Elizabeth Black Civic Organisation (PEBCO), and campaigned the against excessive rents and poor services to the Black community. He was later elected as president of the East Cape regional executive of the United Democratic Front (UDC)

1931 – George Gershwin’s musical, “Of Thee I Sing,” opens at New York’s Music Box Theatre, the first musical to be awarded a Pulitzer Prize

1941 – Winston Churchill is the first British prime minister to address a joint session of the U.S. Congress

1948 – Candy Crowley born, American news anchor and political correspondent; she began her career at the Washington DC radio station WASH-FM, became a news anchor for Mutual Broadcasting, and then the Associated Press White House Correspondent. In 1987, she moved to CNN, hosting Inside Politics, and became anchor of the Sunday morning political talk show, State of the Union (2010-2014). She was the moderator for the second debate between President Barak Obama and Republican candidate Mitt Romney in 2012. In 2015, Crowley became a fellow at the Harvard Institute of Politics

1964 – Elizabeth Kostova born, American author, best known for her first novel, The Historian, a historical fantasy thriller, for which she won the 2005 Quill Award for Debut Author of the Year

1966 – The first Kwanzaa is celebrated by Maulana Karenga, the chair of Black Studies at California State University, Long Beach

2002 – The first cloned human baby is born, announced on December 27 by Clonaid

Nona Blyth Cloud has lived and worked in the Los Angeles area for the past 50 years, spending much of that time commuting on the 405 Freeway. After Hollywood failed to appreciate her genius for acting and directing, she began a second career managing non-profits, from which she has retired. Nona has now resumed writing whatever comes into her head, instead of reports and pleas for funding. She lives in a small house overrun by books with her wonderful husband.
View all posts by wordcloud9 →
This entry was posted in History, Holidays, On This Day and tagged Dame Olga Lopes-Seale, E.D.E.N. Southworth, Evelyn Bark, Mary Fairfax Somerville, Maulana Karenga, Phan Bội Châu, Thomas Gray. Bookmark the permalink.
%d bloggers like this: