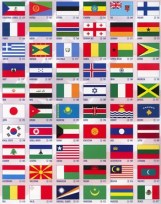 537 – The Hagia Sophia (‘holy wisdom’), ordered by Byzantine Emperor Justinian I, is completed in Constantinople – now Istanbul – in Turkey. It was the world’s largest cathedral until the completion of the Seville Cathedral in 1520

1512 – The Spanish Crown issues the Leyes de Burgos (laws of Burgos) which forbid maltreatment of indigenous people in the ‘New World’ while endorsing converting them to Catholicism, and laying out the system of Encomiendas – employing Indians in groups of 40-150 as workers under heads of estates, with a list of regulations for work, pay, provisioning, living quarters, hygiene, and care, including exempting women more than 4 months pregnant from work. The encomenderos (bosses) were prohibited from directly punishing workers – offenders were to be bound over to civil officials instead

1657 – The Flushing Remonstrance is signed, a petition to Director-General of New Netherland Peter Stuyvesant  by residents of the small settlement at Vlishing requesting an exemption to his ban on Quaker worship (he banned all public religious worship other than the Dutch Reformed Church.)  None of the signers were Quakers. It is considered a precursor to the U.S. Constitution’s provision on freedom of religion in the Bill of Rights

1797 – Manuela Sáenz born, Ecuadorian revolutionary; she left her husband to join Simón Bolívar, who led the fight against Spain to liberate the Spanish Empire in South America, now the republics of Venezuela, Bolivia, Colombia, Ecuador, Peru and Panama.  In choosing the revolution and its charismatic leader over her rich husband, she said, “Marriage pledges one to nothing.”

1797 – Mizra Ghalib born, the last great poet of the Mughal Empire; wrote in Urdu and Persian; used Ghalib as his pen name 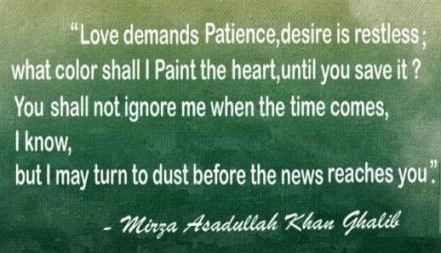 1831 – Charles Darwin embarks on his five year journey aboard the HMS Beagle from Barn Pool, near Plymouth, England

1845 – Ether anesthetic is used for childbirth for the first time by Dr. Crawford Long in Jefferson, Georgia

1845 – Journalist John L. O’Sullivan, writing in his newspaper the New York Morning News, argues that the United States has the right to claim the entire Oregon Country “by the right of our manifest destiny”

1888 –Thea von Harbou born, German screenwriter, novelist, actress and film director; noted for writing the original story and the screenplay for the science fiction silent film classic Metropolis, in which she also starred 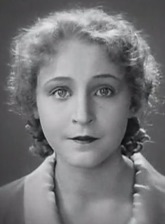 1901 – Marlene Dietrich born, legendary actor-singer, early opponent of Nazism, financed escape of several Jewish friends before WWII. In 1937, Hitler’s agents offered her an almost blank check to return home to star in movies of her choice – she angrily rejected the offer, and her films were banned in Germany. She became an American citizen in 1939. During World War II, she made anti-Nazi broadcasts in German, sold war-bonds, and tirelessly entertained half a million Allied troops and war prisoners across North Africa and Western Europe

1911 – The national anthem of India, Jana Gana Mana, with lyrics by Rabindranath Tagore, is first sung in the Calcutta Session of the Indian National Congress:

You, the ruler of our minds, our nation
To you our humble salutations!
You, the custodian of so many!
You, the guardian of India’s destiny!
Through Punjab and Sindh, Gujarat and Maratha
Dravida, Orissa and Bengal
Across lofty crests and mellow leas of the Vindhyas and the Himalayas
Your name awakens one and all!

1918 – The Great Poland Uprising against the Germans begins

1924 – Jean Bartik born, American computer scientist and engineer; one of the original programmers for the ENIAC computer; studied mathematics in school then began work at the University of Pennsylvania, first manually calculating ballistics trajectories, then using ENIAC to do so. She and her colleagues developed and codified many of the fundamentals of programming while working on the ENIAC, since it was the first computer of its kind. After her work on ENIAC, Bartik went on to work on BINAC and UNIVAC, and spent time at a variety of technical companies as a writer, manager, engineer and programmer

1927 – Audrey Wagner born, All-American Girls Professional Baseball League outfielder (1943-1949), and All Star player for the National Girls Baseball League of Chicago (1950-1953). Wagner later earned a Doctor of Medicine degree from the University of Illinois, and became an obstetrician and gynecologist; she earned a private pilot’s license, and also served on the Crescent City city council in Northern California. She was killed in a small plane accident in Wyoming at the age of 56 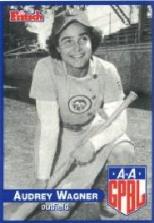 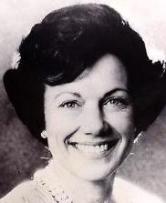 1935 – Regina Jonas receives her semicha and is ordained as a rabbi, becoming the first woman to officially serve in that role

1943 – Cokie Roberts born, American television journalist and syndicated columnist; reporter on National Public Radio; won the Edward Weintal Prize for Diplomatic Reporting in 1988 for coverage of the Iran-Contra Affair; author of Capital Dames: The Civil War and the Women of Washington, 1848-1868

1946 – Polly Toynbee born, British journalist and author; worked for The Guardian, the BCC and The Independent newspaper; president of the British Humanist Association (2007-2012)

1949 – The Netherlands officially recognizes Indonesian independence, which ends the Dutch East Indies after over 300 years

1966 – The Cave of Swallows, the largest known cave shaft in the world, is discovered in Aquismón, San Luis Potosí, Mexico

1966 – Marianne Elliott born, British theatre director; currently working with Elliott & Harper Productions since 2017; has worked at the National Theatre (2002-2017), where her production of Saint Joan won the 2008 Olivier Award for Best Revival, and at the Royal Exchange Theatre in Manchester (1995-2005), where she also served as artistic director (1998-2005) 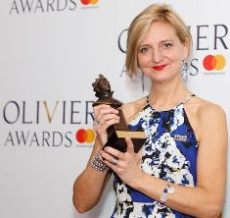 1968 – Apollo program: Apollo 8 splashes down in the Pacific Ocean, ending the first orbital manned mission to the Moon

1978 – Spain becomes a democracy after 40 years of fascist dictatorship

1980 – Mexico terminates its fishing agreements with the U.S. 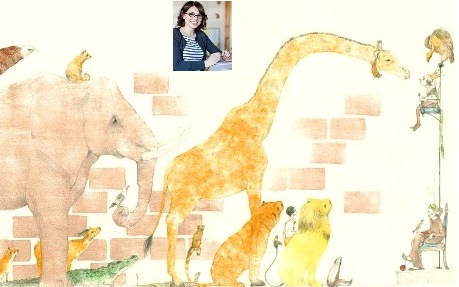 1989 – The Romanian Revolution concludes, as the last minor street confrontations and stray shootings abruptly end in the country’s capital, Bucharest

2001 – U.S. officials announce that Taliban and al-Qaida prisoners will be held at the U.S. naval base at Guantanamo Bay, Cuba

2004 – Radiation from an explosion on the magnetar SGR 1806-20 reaches Earth, the brightest extrasolar event recorded on the planet

2007 – Former Pakistani prime minister Benazir Bhutto is assassinated in Rawalpindi by a gunman, who fired three shots at her, then detonated a suicide vest packed with ball bearings, which also killed twenty people in the crowd

2007 – Riots erupt in Mombasa, Kenya, after Mwai Kibaki is declared the winner of the presidential election amid charges of election irregularities, triggering a political, economic, and humanitarian crisis

2008 – Israel launches Operation Cast Lead, a three-week assault on the Gaza Strip, attacking police stations, political and administrative institutions, and suspected weapons caches and rocket firing sites, causing the deaths of over 1200 Palestinians. Thirteen Israeli soldiers were killed, four of them by friendly fire. The international community considers indiscriminate attacks on civilians and civilian structures that do not discriminate between civilians and military targets as illegal under international law. The United Nations Human Rights Council ordered Israel to conduct various repairs of the damages. In September 2012, the UN Human Rights Council concluded that 75% of civilian homes destroyed in the attack were not rebuilt

Nona Blyth Cloud has lived and worked in the Los Angeles area for the past 50 years, spending much of that time commuting on the 405 Freeway. After Hollywood failed to appreciate her genius for acting and directing, she began a second career managing non-profits, from which she has retired. Nona has now resumed writing whatever comes into her head, instead of reports and pleas for funding. She lives in a small house overrun by books with her wonderful husband.
View all posts by wordcloud9 →
This entry was posted in History, Holidays, On This Day and tagged Ghalib, Johannes Kepler, Lady Jane Wilde, Marlene Dietrich, Rabindranath Tagore, Ray Charles, Thea von Harbou. Bookmark the permalink.
Loading Comments...
Comment
×
<span>%d</span> bloggers like this: