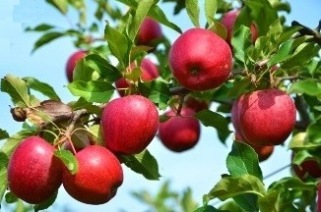 1540 – King Henry VIII of England marries wife #4, Anne of Cleves, one of only two wives to survive the experience 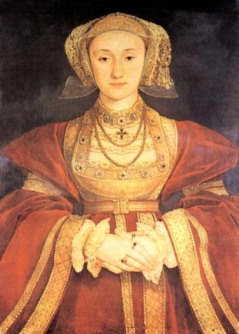 1655 – Eleonore Magalene of Neuberg born, though she would have preferred to be a nun, she became Holy Roman Empress and Queen Consort of Hungary and Bohemia and bore 10 children, five of whom survived to adulthood; politically active, she often translated foreign political documents for her husband and was one of his trusted advisers; widely known for her many works of charity; well versed in theology and Latin, she translated the Bible from Latin to German 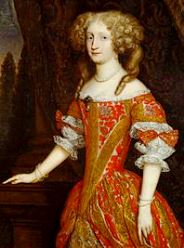 1661 – During the English Civil War, the ‘Fifth Monarchists’ believed that the four world rulers in the prophesies of the Old Testament Book of Daniel meant to precede the Kingdom of Christ had already come and gone. They initially had some influence with Oliver Cromwell, but soon lost his ear. After the Restoration of the Monarchy, on January 6, 1661, fifty of their group unsuccessfully attempt to seize control of London in the name of ‘King Jesus’ – most are killed or taken prisoner and later executed

1714 – Percivall Pott born, English surgeon, a founder of orthopedics, and first scientist to demonstrate that cancer can be caused by an environmental carcinogen

1721 – The Committee of Inquiry on the ‘South Sea Bubble’ publishes its findings. The South Sea Company was a British joint-stock private-public partnership created to consolidate and reduce the national debt, exchanging government debt for stock in the company. During Britain’s involvement in the War of the Spanish Succession, though the company had been given a monopoly on trade with South America, it had little chance of succeeding since Spain controlled most of South America. But the 1713 Treaty of Utrecht granted Britain an Asiento lasting 30 years to supply the Spanish colonies with 4,800 slaves per year, which was contracted to the company. The changing politics of the British government, its failure to pay interest on its debt, corruption within the South Sea Company, and above all, the renewed war with Spain, all cause the company’s assets in South America to be seized, and all contributed to the ‘bubble’ bursting

1812 – Melchora Aquino born, Filipina revolutionary and national heroine, known as Tandang Sora (elder sora) and ‘Mother of the Revolution’ whose home was a meeting place, and her store a refuge for the sick and wounded of the revolution. She lived to be 107 years old

1848 – Hristo Botev born as Hristo Botyov Petkov (O.S. 12-25-1847), Bulgarian poet, journalist, revolutionary and national hero; while working as a teacher, he made a public speech during the celebration of Saints Cyril and Methodius against the Ottoman authorities, and was forced to go into exile in Romania, where he became editor of the revolutionary exiles’ newspaper, Duma na bulgarskite emigrant (Word of the Bulgarian Emigrants), where he published his poems. In 1876, convinced that an armed uprising was imminent in Bulgaria against the Ottoman occupation, he began organizing a guerrilla company of exiles to cross the Danube and join the insurgents. When news came that the uprising had already started, the ill-equipped and mostly untrained company, led by Botev, who had no combat experience, boarded a steamship in small groups at different ports disguised as gardeners, re-assembled, and took out their hidden weapons to take over the ship. Botov’s impassioned speech to the ship’s captain won his support (the captain even refused later to cooperate with Ottoman authorities who wanted to use his ship to pursue the rebel company.) But once they arrived in Bulgaria’s Vratsa province, they quickly realized that rumors of a rising there were greatly exaggerated, and the uprisings in other parts of the country were being put down brutally. Botov’s company joined up with the local revolutionaries, but they got little support from the people, cowed by the Ottoman military. On June 2, 1876, Botev was shot and killed by a sniper, and most of his company killed, or captured and executed

1853 – U.S. President-elect Franklin Pierce and his family are involved in a train wreck near Andover MA, and Pierce’s 11-year-old son Benjamin is killed in the crash

1878 – Dame Adeline Genée born in Denmark, ballerina and choreographer; principal dancer of the Royal Danish Ballet (1895); prima ballerina at the Empire Theatre in London (1897-1907); debuted in 1907 in America, performing in The Soul Kiss, produced by Florenz Ziegfeld, and toured with the production in 1908; in 1912, she appeared at NY’s Metropolitan Opera in La Camargo, a tribute to the great ballerina Marie Camargo; most notable for her role as Swanilda in Coppélia; became a Dame Commander of the British Empire in 1950

1882 – Sam Rayburn born, American politician (Democrat-Texas), longest-serving Speaker of the U.S. House of Representatives, would not sign the Southern manifesto opposing integration, and refused to accepts fees or gifts from business interests that he might have to vote on regulating 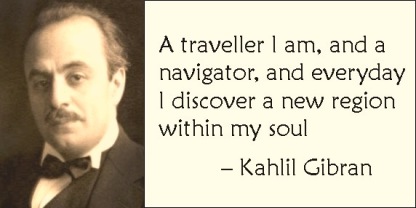 1896 – Cecil John Rhodes, prime minister of the Cape Colony, was severely censured for his involvement in the infamous Jameson Raid, part of an attempt to overthrow the Boer Transvaal government, and turn the Transvaal into a British colony. He was forced to resign by the British government. The raid failed because of swift reaction by the forces of the Zuid-Afrikaansche Republiek (ZAR or Transvaal Republic), and the poor coordination between Rhodes and Leander Starr Jameson, the leader of the raid

1915 – Alan Watts born, English-American philosopher, and author of The Way of Zen and two dozen other books on Eastern and Western religion and philosophy

1921 – Marianne Grunberg-Manago born in the USSR, French biochemist; discovered the first nucleic-acid enzyme, polynucleotide phosphorylase, a key step in cracking the genetic code; she was the first woman to direct the International Union of Biochemistry, and first woman to preside over the French Academy of Sciences (1995-1996) 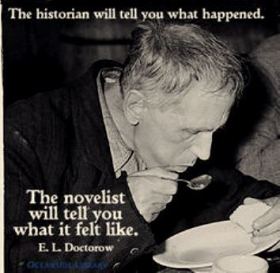 1938 – Adrienne E. Clarke born, Australian botanist, academic and public servant; after studying and teaching at schools in the U.S., she taught at the University of Auckland in New Zealand, then returned to her alma mater, the University of Melbourne as Research Fellow (1969-1977), then lecturer, senior lecturer and reader. She was appointed Professor of Botany in 1985, and Laureate Professor (1999-2005). Clarke was Chancellor of La Trobe University (2011-2017), Lieutenant Governor of Victoria (1997-2000), and chair of Commonwealth Scientific and Industrial Research Organisation (CSIRO, an Australian government agency) from 1991 to 1996

1938 – Larisa Shepitko born in Ukrainian SSR, Soviet film director and screenwriter; she made six films, including an awarding-winning student film, and Voskhozhdenie (The Ascent) which won the Golden Bear at the 1977 Berlin International Film Festival, before she was killed in a car crash in 1979 while scouting locations for a film which her husband completed after her death, under the title Farewell

1940 – Penny Lernoux born, American Catholic author and journalist; while writing for the U.S. Information Agency (USIA) in 1961-1964 and the Copley News Agency (1964-1967), she spent time in Central and South America, and was appalled by the extreme disparity between the wealthy and the poor. She became the Latin American correspondent for the National Catholic Reporter, but was also a freelance writer. The Nation published several of her articles. Lernoux gravitated toward the Christian-Marxist liberation theology. Her first book, Cry of the People: The Struggle for Human Rights in Latin America, published in 1977, later won a Sidney Hillman Foundation Book Award. In the 1980s, she focused on international banking corruption, and wrote In Banks We Trust: Bankers and Their Close Associates: The CIA, the Mafia, Drug Traders, Dictators, Politicians and the Vatican. Her third book,  People of God: The Struggle for World Catholicism, took on the church’s clamping down on dissent, on factions within the church, and the popularity of groups like Opus Dei, Communion and Liberation, the Knights of Malta, and Tradition, Family and Property

1946 – The first general election ever in Vietnam is held

1949 – Caroline “C.D.” Wright born, American poet, editor of Lost Roads Publishers,  which specialized in publishing new poets and translations; 2010 National Book Critics Circle Award for Poetry, for her book One With Others 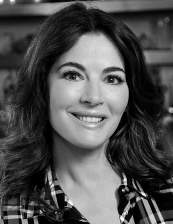 2002 – The African National Congress (ANC) celebrates its 90th anniversary at a rally in Durban, South Africa. The ANC was founded on January 8, 1912

2015 – Technology Day * is launched by StoAmigo, Las Vegas, to honor the innovations in technology and look toward its expanding future

Nona Blyth Cloud has lived and worked in the Los Angeles area for the past 50 years, spending much of that time commuting on the 405 Freeway. After Hollywood failed to appreciate her genius for acting and directing, she began a second career managing non-profits, from which she has retired. Nona has now resumed writing whatever comes into her head, instead of reports and pleas for funding. She lives in a small house overrun by books with her wonderful husband.
View all posts by wordcloud9 →
This entry was posted in History, Holidays and tagged Adrienne E. Clarke, Alan Watts, Gustave Doré, Hristo Botev, Kahlil Gibran, Melchora Aquino, Nigella Lawson. Bookmark the permalink.