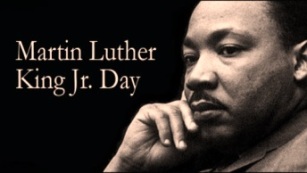 763 – Alid Revolt: Battle of Bakhamra takes place near Kufa, during the uprising of the Hasanid branch of the (Shia Muslim) Alids against the newly established (Sunni Muslim) Abbasid Caliphate, the Abbasid forces score a decisive victory

1264 – Alexander, Prince of Scotland, born. He dies at age 20 in 1284, the only remaining legitimate son of King Alexander III, followed by King Alexander’s death in 1286, and in 1290 by the death of the King Alexander’s granddaughter Margaret, who is next in line. This sets off a succession dispute, with 14 claimants to the Scottish throne, known as the ‘Great Cause’

1525 – The Swiss Anabaptist Movement, which became part of the beliefs of the Mennonite Church and other groups, is founded when over a dozen people baptize each other in Zürich. The founders believed there must be a confession of faith first in order for baptism to be valid, and in a complete separation of Church and State

1535 – Because of a second wave of broadsides which appear in Paris on January 13 in the Affaire des Placards (Affair of the Placards), more French Protestants burn at the stake in front of Notre Dame de Paris. Anti-Catholic broadsides had originally appeared in public places in Paris, Blois, Rouen, Tours and Orléans overnight in October 1534, including one posted on the bedchamber door of King Francis I at Amboise, ending the conciliatory policies of the King. Until then, Francis had been attempting to protect the  Protestants from the more extreme measures of the Parlement de Paris

Burning a French Protestant after the Affair of the Placards

1610 – Elizabeth Fones Winthrop Feake Hallett is born, early Massachusetts Bay Colony settler; The Winthrop Woman by Anya Seton is an historical novel version of her life, and of her “scandalous” third marriage, without knowing for certain that her second husband was dead, after he abandoned the family and disappeared; also one of the few women of the time to own property in her own name; began life as a Puritan, died a Quaker 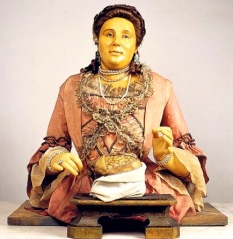 1774 – Abdul Hamid I becomes Sultan of the Ottoman Empire and Caliph of Islam, after spending most of his life in virtual imprisonment as protection to a potential heir to the throne. He received much of his education from his mother, who taught him history and calligraphy. Ill-prepared to rule, military losses during his reign were devastating, but his great piety, efforts to reform the government, and personal supervision of the fire brigade fighting the 1782 fire in Constantinople, made him admired by the people

1789 – The first American novel, The Power of Sympathy, or the Triumph of Nature Founded in Truth, by William Hill Brown, is printed in Boston

1793 – After being found guilty of treason by the French National Convention, Louis XVI of France is executed by guillotine

1804 – Eliza R. Snow born, American Mormon poet and hymnist, plural wife of Brigham Young; General President of the Second Relief Society of the LDS in Utah, a women’s auxiliary for relief of the poor

1815 – Horace Wells born, American dentist who pioneered the use of nitrous oxide (laughing gas) as an anesthesia in dentistry

1840 – Sophia Jex-Blake born, English physician, teacher and feminist advocate for women’s education, noted for her 1869 essay, Medicine as a profession for women, in which she reasoned that there was no objective proof of women’s intellectual inferiority to men, and that the matter could easily be tested by granting women “a fair field and no favour” – teaching them as men were taught and subjecting them to exactly the same examinations. Jex-Blake was the first women to apply to study medicine at the University of Edinburgh. The majority of the Medical Faculty voted in favour of allowing her to study medicine, but the University Court rejected her application on the grounds that the University could not make special arrangements ‘in the interest of one lady.’ Wolfe then advertised in The Scotsman and other Scottish newspapers for other women to join her, and reapplied with four others for the right to matriculate, including attending all the classes and taking all the examinations required to earn a degree in medicine. They were joined by two others, and became known as the Edinburgh Seven, accepted to begin classes in 1869 as Edinburgh became the first British university to accept women. The women quickly showed they could compete on equal terms with the male students, and faced increasing hostility from them. In November 1870, as the women arrived for an anatomy exam at Surgeon’s Hall, a large angry mob threw mud, rubbish and insults at them. A few influential members of the Medical faculty used this incident to persuade the University to deny them graduation. Jex-Blake and some of the others completed their studies and took exams at European universities which already allowed women graduates. Jex-Blake passed exams at the University of Berne and was awarded an MD in January 1877, then qualified as Licentiate of the King’s and Queen’s College of Physicians in Dublin, and was finally registered with the UK General Medical Council. She was the third woman doctor registered in the UK, and the first practicing woman doctor in Scotland. She founded the Edinburgh School of Medicine for Women in 1886

1845 – Harriet Backer born, Norwegian painter and a fin de siecle pioneer in advancing art as a career for women, both in Norway and in the rest of Europe. She founded an art school (1889-1912) in Sandvika, near Christiania. Backer produced around 180 works of art, notable for her detailed interior scenes, and is regarded as a naturalist and early Impressionist. She was honored in 1908 with Kongens fortjenstmedalje i gull (King’s Medal of Merit in Gold)

1846 – The first issue of the Daily News, edited by Charles Dickens, is published

1861 – Jefferson Davis resigns from the U.S. Senate to run for governor of Mississippi

1884 – Roger Nash Baldwin born, pacifist, author and first ACLU Executive Director, from its founding in 1920 until 1950

1885 – Umberto Nobile born, Italian aviator and Arctic explorer; when his polar airship, the Italia crashed, an international rescue effort was launched in which Antarctic explorer, Roald Amundsen, and five others died when their search plane crashed

1893 – The Tati Concessions Land, formerly part of Matabeleland that was ceded by the Matabele King to Sir John Swinburne, is formally annexed to the Bechuanaland Protectorate, now Botswana 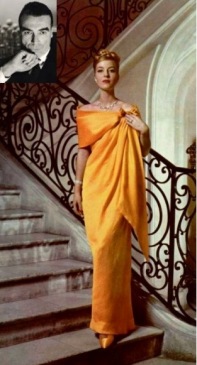 1895 – Itō Noe born (the family name comes first in Japanese), anarchist-socialist, social critic, author and feminist. She joined Seitō-sha (Bluestocking Society), and became editor of Seitō, the society’s magazine (1914-1916), where she published stories and articles featuring abortion, prostitution, free love, and women escaping from arranged marriages, causing several issues to be banned by the government censors. Seitō ceased publication due to lack of funds after the government stopped distributors from carrying the magazine in February 1916. She was very critical of the Japanese Kotutai (which refers not only to the system of government but also the national identity, essence and character). Most Japanese deferred to the state and accepted the emperor as a god who must be obeyed unconditionally. She was constantly harassed by the police as a trouble-maker. In the chaos after the 1923 Great Kantō earthquake, Noe, her lover Ōsugi and his 6-year-old nephew were arrested and killed, either by a squad of military police, or strangled in their cells. The killing of two high-profile anarchists, and such a young child, caused a national outcry. It was called the Amakasu Incident, named for Lieutenant Masahiko Amakasu, who was found responsible for the extrajudicial murders, court-martialed and sentenced to ten years in prison. But when Hirohito became Emperor of Japan three years later, Amakasu was released

1915 – Kiwanis International is founded in Detroit MI by Joseph C. Prance and Allen S. Browne – the name is derived from an Ojibwe word that Prance and Browne interpreted as meaning “We build” the original motto of the service group

1919 – The first engagement in the Irish War of Independence, the ‘Soloheadbeg ambush’ of a gelignite transport, during which two policemen are killed

1922 – Lincoln Alexander Day * – Lincoln Alexander born, Canadian barrister, solicitor and Progressive Conservative politician; first black Member of Parliament for Hamilton West in the Canadian House of Commons (1968-1980); first black federal Cabinet Minister (serving as federal Minister of Labour, 1979-1980); first black Chair of the Worker’s Compensation Board (1980-1985); Lieutenant Governor of Ontario (1985-1991). He was the first person to serve five terms as Chancellor of the University of Guelph (1991-2007). Alexander was also a governor of the Canadian Unity Council 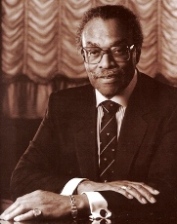 1924 – Soviet leader Vladimir Lenin dies, and Joseph Stalin starts purging his rivals for the leadership of the Soviet Union

1925 –Eva Ibbotson born in Austria as Eva Wiesner, British novelist, children’s and young adult author;  her historical novel Journey to the River Sea won the Smarties Book Prize for ages 9-11; Ibbotson’s The Secret of Platform 13, may have been the inspiration for “Platform 9 ¾” in the Harry Potter books

1925 – Albania declares itself a republic 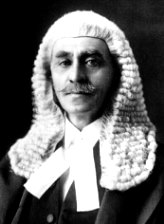 1941 – Sparked by German officer’s murder in Bucharest the day before, members of Romania’s far right ‘Iron Guard’ engage in a pogrom killing 125 Jews

1941 – Britain’s communist newspaper, the Daily Worker, is banned because of its harsh criticism of the British Government and support of the Soviet-German alliance

1942 – Count Basie and His Orchestra record “One O’Clock Jump”

1946 – Gretel Ehrlich born, American poet and essayist, noted for works on nature; Islands, The Universe, Home; The Solace of Open Spaces; This Cold Heaven; in 1991, she was struck by lighting and incapacitated for some time, but wrote about the experience in A Match to the Heart (1994)

1950 – Alger Hiss, accused of spying for the Soviets, is found guilty of perjury in a second trial – his first trial ended with a hung jury

1950 – Agnes van Ardenne born, Dutch politician and diplomat; Secretary General of the UNICEF National Committee of the Netherlands before entering politics; member of House of Representatives (1994-2002); Minister of Development Cooperation (2002-2007), focusing on bilateral development cooperation in Africa; went to Pakistan after the 2005 Kashmir earthquake to survey emergency aid operations; increased Netherlands’ support for children’s education in the world’s poorest countries 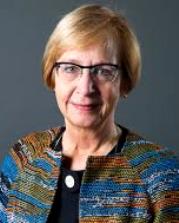 1960 – Little Joe 1B, a Mercury spacecraft, lifts off from Wallops Island VA with a female rhesus monkey on board named Miss Sam

1968 – The Battle of Khe Sanh begins in Vietnam 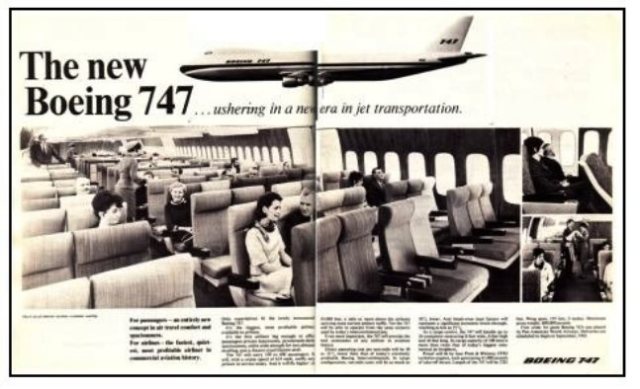 1997 – U.S. House of Representatives votes 395–28 to reprimand and fine Newt Gingrich for ethics violations, first Speaker of the House disciplined for ethics breaches

2002 – The General History of Virginia, New England and the Summer Isles, written by English Jamestown leader Captain John Smith, is auctioned for $48,800 in London 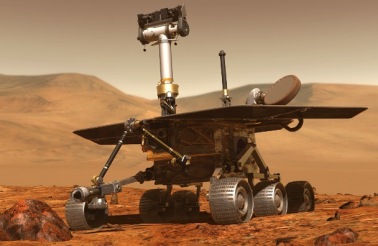 2010 –The U.S. Supreme Court, in a bitterly divided decision in Citizens United v. Federal Election Commission, vastly increases the power of big business to influence government decisions by allowing them to spend millions to directly sway elections for president and Congress

2013 – Myrlie Evers-Williams becomes the first woman and first layperson to deliver the invocation, at the second inauguration of Barak Obama as U.S. President

2017 – The Women’s March, originally planned as “The Women’s March on Washington,” it quickly became a worldwide protest against Donald Trump’s political positions and derogatory remarks, in over 400 U.S. cities and 160+ countries worldwide. They also called for legislation and policies regarding human rights, women’s rights, but also immigration reform, healthcare reform, reproductive rights, the natural environment, LGBTQ rights, racial equality, freedom of religion, and workers’ rights. It was the largest single-day protest in U.S. history, with almost 1 million participants in Washington DC, over 5 million total in the U.S., and an estimated total of over 7 million worldwide 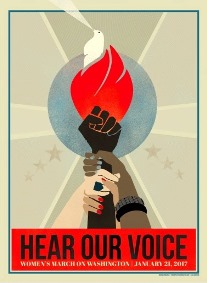 Nona Blyth Cloud has lived and worked in the Los Angeles area for the past 50 years, spending much of that time commuting on the 405 Freeway. After Hollywood failed to appreciate her genius for acting and directing, she began a second career managing non-profits, from which she has retired. Nona has now resumed writing whatever comes into her head, instead of reports and pleas for funding. She lives in a small house overrun by books with her wonderful husband.
View all posts by wordcloud9 →
This entry was posted in History, Holidays, On This Day and tagged Errol Barrow Day, Harriet Backer, Itō Noe, Joseph Wolfe, Plácido Domingo, Sophia Jex-Blake, Vhan Tekeyan. Bookmark the permalink.
Loading Comments...
%d bloggers like this: