474 – Zeno the Isaurian is crowned as co-emperor of the Byzantine Empire, with his son, Leo II, the 7-year-old heir to the throne of his grandfather, Leo I

1555 – John Hooper, Anglican Bishop of Gloucester and Worcester, burns at the stake for heresy during Queen Mary I’s reign after she restores Catholicism

1825 – After no candidate receives a majority of electoral votes in the U.S. presidential election of 1824, the United States House of Representatives  elects John Quincy Adams as President of the United States

1849 – Laura Clay born, suffragist, orator, co-founder and first president of the Kentucky Equal Rights Association (KERA); lobbying from the 1880s into the 1900s by Clay and other members of KERA resulted in state legislative and educational victories, including protection of married women’s property and wages, requiring women physicians in state female insane asylums, admission of women to several all-male colleges, a women’s dormitory at the University of Kentucky, the establishment of juvenile courts and detention homes, and raising the age of sexual consent for girls from 12 to 16. Clay’s name was placed in nomination for U.S. president at the 1920 Democratic National Convention 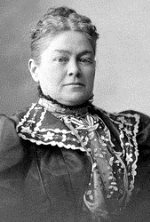 1854 – Aletta Jacobs born, Dutch physician, a leader of the International Woman Suffrage Alliance and an ardent pacifist, who went on a world speaking tour, meeting with feminists and pacifists around the world; first woman to officially attend a Dutch University and first woman physician in the Netherlands; a pioneer in the study of contraception and a birth control advocate. Jacobs set up the Netherlands’ first family planning centre, a free clinic for poor women and prostitutes. She also taught hygiene, maternal care and childcare courses. She campaigned for social justice and labor rights, including breaks for women working 10 hour days on their feet in shops; her efforts led to new health and safety laws 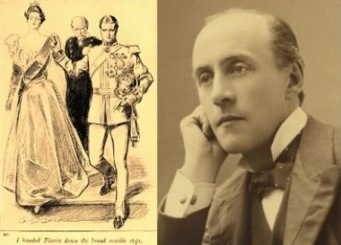 1934 – The Balkan Entente is formed by the Balkan Pact Treaty signed by Greece, Turkey, Romania and Yugoslavia, to maintain the geopolitical status quo of the post WWI years. All territorial disputes among the member nations are suspended.  Italy, Albania, Bulgaria, Hungary, and the Soviet Union refuse to sign

1940 – J M. Coetzee born as John Coetzee, South African novelist, essayist and translator; the first writer to receive the Booker Prize twice, in 1983 for Life & Times of Michael K, and in 1999 for Disgrace; winner of the 2003 Nobel Prize for Literature, and the three-time winner of South Africa’s CNA Award (Central News Agency Literary Award); also noted for Waiting for the Barbarians, Age of Iron, and The Master of Petersburg 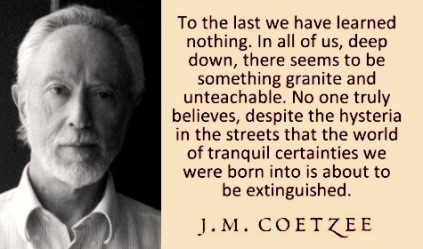 1955 – In South Africa, in the early hours of the morning, about 2,000 policemen, armed with guns, rifles and knobkerries, force the families of the Black community of Sophiatown to move to Meadowlands, Soweto. Their possessions are loaded on police trucks, then dumped in Meadowlands where they are forced to stay. The families, many with babies and young children, are exposed to cold and rainy weather. The forced removals are part of the government’s countrywide apartheid plan to turn Black residential and business areas in desirable parts of cities and towns into white enclaves. The new, white suburb built on the ruins of Sophiatown is named Triomf, which means “triumph”

2011 – Spain’s best-known judge Baltasar Garzón, known for issuing an international warrant to arrest Chilean dictator Augusto Pinochet for alleged deaths and torture of Spanish citizens, is banned from the legal profession for 11 years, without appeal, for illegal wire-tapping.  He now serves as head of Wikileaks’ Julian Assange’s legal team

2018 – A second staffer has followed White House Staff Secretary Rob Porter in resigning his position over domestic abuse allegations. White House speechwriter David Sorensen resigned after his ex-wife, Jessica Corbett, told The Washington Post he “ran a car over her foot, put out a cigarette on her hand, threw her into a wall and grasped her menacingly by her hair while they were alone on their boat in remote waters off Maine’s coast.” Corbett said she shared these accusations with the FBI months ago when Sorensen was subject to a background check. He denied all allegations

Nona Blyth Cloud has lived and worked in the Los Angeles area for the past 50 years, spending much of that time commuting on the 405 Freeway. After Hollywood failed to appreciate her genius for acting and directing, she began a second career managing non-profits, from which she has retired. Nona has now resumed writing whatever comes into her head, instead of reports and pleas for funding. She lives in a small house overrun by books with her wonderful husband.
View all posts by wordcloud9 →
This entry was posted in History, Holidays, On This Day and tagged Aletta Jacobs, Alice Walker, Bernard Harris, Eric Holder, J.M. Coetzee, Satchel Paige, Sheila Kuehl. Bookmark the permalink.