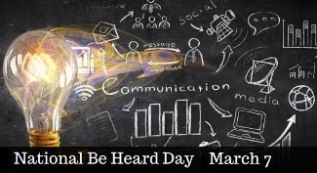 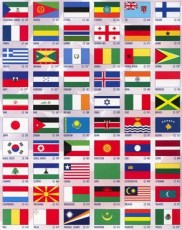 203 – Vibia Perpetua, daughter of a prominent Carthaginian family and a Christian convert, becomes the first diarist noted in history when she keeps a record of her time waiting in a Roman prison with her pregnant slave Felicitas under sentence of death. She records her thoughts, dreams, and an argument with her father, who wants her to renounce her faith 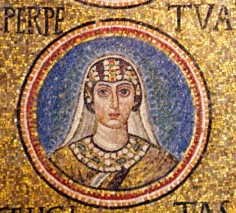 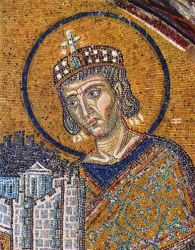 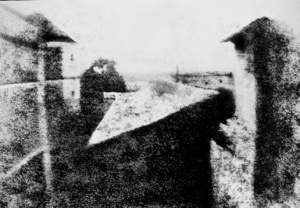 View from the Window at Le Gras, by Nicéphore Niépce

1774 – In reaction to the Boston Tea Party, King George III makes a speech, charging the colonists with attempting to injure British commerce; this leads to the Boston Port Act, which closes it to all commerce, and moves the port of entry to Marblehead 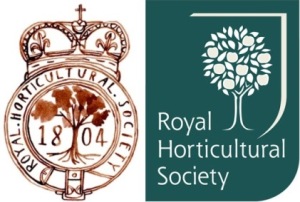 1848 – In Hawaii, the Great Māhele is signed, King Kamehameha’s land redistribution plan, abolishes a semi-feudal system, gives the crown one-third of the land, the chiefs another third, and the remaining third is to go to the people, but many Hawaiians, with no concept of private land ownership, make no claim, forfeiting their rights

1850 – U.S. Senator Daniel Webster gives his “Seventh of March” speech endorsing the Compromise of 1850 as a method of preventing civil war and preserving the Union 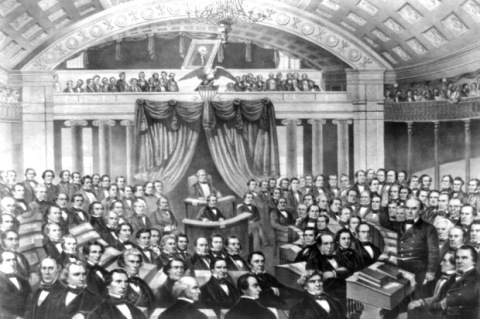 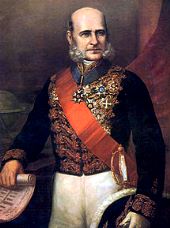 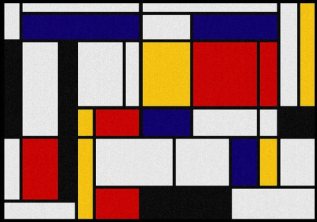 1893 – Lorena A. Hickok, American journalist and author, Minneapolis Tribune, New York Daily Mirror and AP reporter, one of the few women to have a byline in the 1920s, becoming nationally known; numerous interviews with Eleanor Roosevelt led to an intimate friendship – ‘Hick’ encouraged the First Lady to write her “My Day” newspaper column; she works as the Federal Emergency Relief Administration’s chief investigator 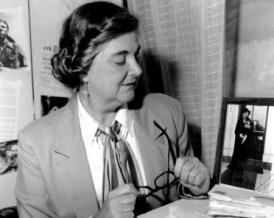 1895 – Dorothy de Rothschild born, English philanthropist and Jewish activist; chair of charity which donated funds for the Knesset and the Supreme Court of Israel buildings

1897 – Cereal Day * Dr. John Kellogg serves corn flakes for the first time to his patients at his hospital in Battle Creek, Michigan

1903 – Maude Lewis born, Canadian folk artist from Nova Scotia. After living in poverty most of her life, she came to national attention in 1964 when an article was published about her in the Star Weekly in Toronto. Two of her paintings were ordered for the White House in the 1970s during Richard Nixon’s presidency. Her small paintings, which sold for two or three dollars in the 1950s, now sell in the $10,000-$20,000 range. Sadly, she was crippled with arthritis by the time she was “discovered,” and couldn’t produce many paintings in the late 1960s which would have sold for far greater sums than her earlier work. She died in 1970, and her husband Everett was killed in an attempted robbery of their home in 1979 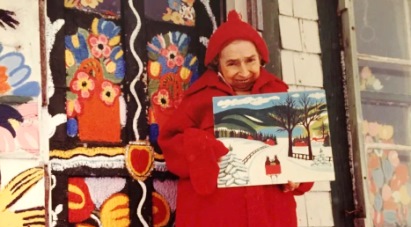 1908 – Cincinnati’s Mayor Leopold Markbreit announces before the city council that “Women are not physically fit to operate automobiles.” He is not re-elected

1911 – ‘Agyeya’ born, pen-name of Sachchidananda Hirananda Vatsyayan, Indian author, a pioneer of modern Hindi poetry, fiction, criticism and journalism, translator of Hindi works into English, and revolutionary. Noted for his multi-part novel Shekhar: Ek Jivani (Shekhar: A Life), which was written while he was in prison, charged with conspiracy to assassinate the British Viceroy of India

1917 – Janet Collins born, African American pioneer in classical ballet; dancer, choreographer and teacher; at age 16, she auditioned for the Ballet Russe de Monte Carlo, but refused the offer to join the company because she would have been required to paint her skin white to perform. She moved to New York in 1948, and began performing as a featured dancer in Broadway Musicals, then broke the color barrier as  the first black ballet dancer to perform at the Metropolitan Opera, but could not go on tour with the company in the American Deep South, where her roles were danced by white understudies. She was the first African American dancer hired full-time for the Metropolitan Opera Ballet in 1951. Singer Marian Anderson was signed shortly before Collins, but did not perform at the Met until 1955. In 2007, the Janet Collins Fellowship was created to encourage talented black ballet dancers 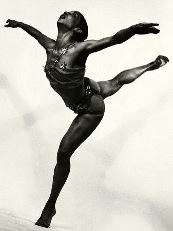 1917 – Betty Holberton born, one of the six original programmers of ENIAC; inventor of breakpoints in computer debugging; recipient of the 1997 Augusta Ada Lovelace Award and the 1997 IEEE Computer Pioneer Award, for developing the sort-merge generator

1922 – Mochtar Lubis born, Indonesian Batak journalist and novelist; co-founder of Indonesia Raya, a daily newspaper which was banned six times during the Sukarno and Suharto governments, and author of Senja di Jakarta (Twilight in Jakarta), the first Indonesian novel to be translated into English 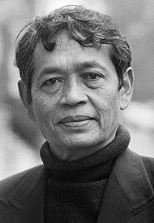 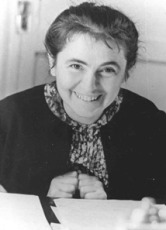 1927 – A Texas law that bans Negroes from voting is ruled unconstitutional by the U.S. Supreme Court

1938 – Janet Guthrie born, American woman pioneer in auto racing, in 1977, became the first woman to compete in the Indianapolis 500 and the Daytona 500 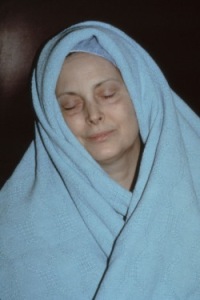 1947 – John L. Lewis denounces the Taft-Hartley Act as authorizing “government by injunction,” and refuses to allow any of his officials to take the non-Communist oath the act requires 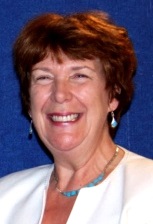 1954 – Eva Brunne born, first openly lesbian Church of Sweden priest to be elected as bishop, and first bishop living in a registered homosexual partnership; Bishop of Stockholm since 2009 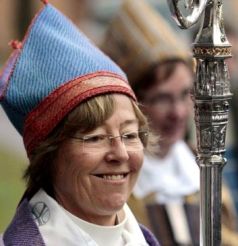 1955 – Peter Pan is presented as a television special for the first time, starring Mary Martin as Peter

1956 – Andrea Levy born in London to Jamaican parents, English author best known for her novels, Small Island, which won the 2004 Whitbread Book of the Year, the 2004 Orange Prize and the Commonwealth Writers’ Prize, and The Long Song, which won 2011 Walter Scott Prize. She died at age 62 after a 15-year battle with breast cancer

1959 – Melvin C. Garlow is the first pilot to fly over a million miles in jet airplanes 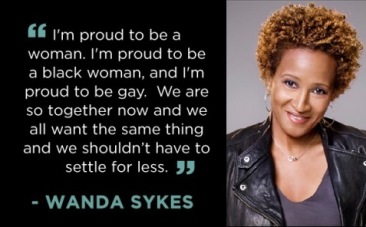 1965 – Bloody Sunday: state troopers and a sheriff’s posse use tear gas, nightsticks and whips to break up civil rights demonstrators’ march in Selma Alabama, protesting the shooting of Jimmy Lee Jackson at a previous demonstration at the county courthouse; over 20 marchers hospitalized, including John Lewis, and dozens more receive first aid

1975 – The U.S. Senate revises the filibuster rule, allowing 60 senators to limit debate instead of the previous two-thirds

1978 – Jaqueline Gomes de Jesus born, Brazilian psychologist, writer and anti-discrimination activist, advocate for human rights for all races and sexual orientations; one of the organizers of Brasilia’s LGBT Pride Parade 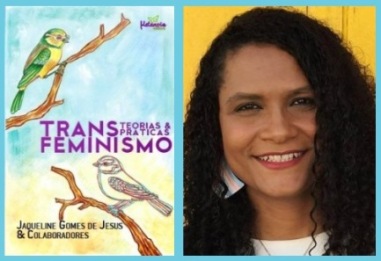 1985 – The first AIDS antibody test, an ELISA-type test, is released

1994 – The U.S. Supreme Court rules that parodies that poke fun at an original work can be considered “fair use” that does not require permission from the copyright holder

1994 – A multinational African army installs a new government in Liberia

1994 – In Moldova, a referendum is rejected by 90% of voters to form a union with Rumania

1996 – The first surface photos of Pluto are released, taken by the Hubble Space Telescope. To create a global map of the surface of Pluto, astronomers took a total of 12 images at 4 distinct longitudes in visible light and 8 images in the ultraviolet. These covered nearly the entire surface of Pluto

2003 – Scientists at the Stanford Linear Accelerator Center announce that they have transferred 6.7 gigabytes of uncompressed data from Sunnvale, CA, to Amsterdam, Netherlands, in 58 seconds via fiber-optic cables, a distance of 6,800 miles

2007 – The British House of Commons votes to make the upper chamber, the House of Lords, 100% elected

2009 – NASA’s Kepler Mission, a space photometer for searching for extrasolar planets in the Milky Way galaxy, is launched from Cape Canaveral

2010 – Kathryn Bigelow becomes the first woman to win an Academy Award for best director for her Iraq War thriller The Hurt Locker, which won six Oscars, including best picture

2016 – China and South Korea tighten their sanctions against North Korea over its nuclear program. Chinese port officials turn away three ships on a list of 31 vessels China’s Ministry of Transport blacklisted after they were covered by harsh, expanded sanctions approved by the United Nations Security Council last week. South Korea imposed unilateral sanctions, including a financial ban on 40 individuals and 30 entities. The moves come a day after North Korea threatened to launch preemptive nuclear strikes

Nona Blyth Cloud has lived and worked in the Los Angeles area for the past 50 years, spending much of that time commuting on the 405 Freeway. After Hollywood failed to appreciate her genius for acting and directing, she began a second career managing non-profits, from which she has retired. Nona has now resumed writing whatever comes into her head, instead of reports and pleas for funding. She lives in a small house overrun by books with her wonderful husband.
View all posts by wordcloud9 →
This entry was posted in History, Holidays, On This Day and tagged Ana María O’Neill, Janet Collins, Mary T Norton, Maude Lewis, Olga Aleksandrovna Ladyzhenskaya, Vibia Perpetua, Wanda Sykes. Bookmark the permalink.