International Day for the Elimination of Racial Discrimination *

630 – Byzantine Emperor Heraclius returns the ‘True Cross,’ one of the holiest Christian relics, to Jerusalem 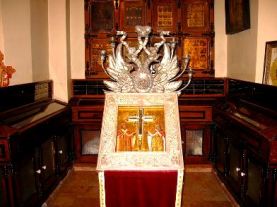 Display in Church of the Holy Sepulchre, Jerusalem

1180 – In Japan, Crown Prince Antoku of the Tiara clan ascends to the Chrysanthemum Throne before his second birthday, after his father, Emperor Takakura, is forced to abdicate. Taira no Kiyomori, Antoku’s grandfather, rules in his name. The Minamoto clan  and the Tiara clan are in a power struggle. When Minamoto no Yoshinaka enters the capital in 1183, members of the Tiara clan flee with the young emperor and the Imperial Regalia, called the Three Sacred Treasures, to Yashima. The battle there is lost by the Tiaras, and they flee even further west. By 1185, the Minamotos have won against the Tiaras. Antoku’s grandmother drowns herself and the boy emperor, with the three sacred treasures. The jewel of benevolence, Yasakani no Magatama, and the mirror of wisdom, Yata no Kagami, were recovered; but the sword Kusanagi-no-Tsurugi, representing valor, was lost

1556 – Thomas Cranmer, the Archbishop of Canterbury, is burned at the stake at Oxford after retracting the last of seven recantations that same day

1557 – Anne Dacre Howard born, Countess of Arundel, poet; in 1582, converts to Roman Catholicism, placed under house arrest on Queen Elizabeth I’s orders; after her release in 1584, influences her husband, Philip Howard, to also convert; he tries to escape to France, but is caught and held prisoner in the Tower of London; Anne is forbidden to live in London; Philip dies in the Tower in 1595; Anne, unable to claim his possessions because of Philip’s imprisonment, resorts to selling her land to pay debts and support her children

1678 – The London Gazette offers a reward to whoever can reveal the identity of the author of An Account of the Growth of Popery, published anonymously in 1677 (by poet and satirist Andrew Marvell)

1752 – Mary Dixon Kies born, American inventor, who receives one of the first patents given to a woman in May, 1809, signed by President James Madison, for a new technique to weave straw with silk and thread to make hats

1788 – The city of New Orleans LA is devastated by fire, 856 buildings are destroyed 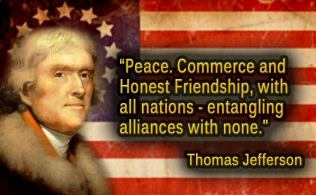 1804 – The French civil code, the Code Napoleon, is adopted

1841 – The U.S. government puts 220 Tallahassee Seminole prisoners aboard a boat in Tampa Bay, beginning a journey to Indian Territory; 15 prisoners will die in transit

1851 – Vietnamese Emperor Tu Duc, tired of conspiracies and uprisings against his reign in which some French and Spanish priests have taken part, orders all Christian priests be put to death

1859 – In Philadelphia, the first U.S. Zoological Society is incorporated

1861 – Confederate Vice President Alexander Stephens gives the ‘Cornerstone’ Address, at the Athenaeum in Savannah, Georgia, to explain fundamental differences between the constitutions of the Confederacy and the U.S., laying out the Confederacy’s causes for declaring secession, “. . .  our peculiar institutions—African slavery as it exists among us—the proper status of the negro in our form of civilization. This was the immediate cause of the late rupture and present revolution.” He defends slavery: “Our new government is founded upon exactly [this] idea; its foundations are laid, its corner-stone rests, upon the great truth that the negro is not equal to the white man; that slavery subordination to the superior race, is his natural and normal condition. This, our new government, is the first, in the history of the world, based upon this great physical, philosophical, and moral truth.”

1866 – Antonia Maury born, American astronomer, one of the “Harvard computers,” a group of skilled women workers who processed astronomical data; Maury developed a catalog of stellar spectra, and published a spectroscopic analysis of the binary star Beta Lyrae (1933)

1868 – The Sorosis club for professional women is formed in New York City by Jane Cunningham Crolyn after she was not allowed to join the male-only New York Press Club; the new organization is open to professional and wealthy women, not to women are wage-earners

1871 – Otto von Bismarck is appointed Chancellor of the German Empire

1887 – Clarice Beckett born, Australian Tonalist painter; she died at age 48, from pneumonia, after painting the wild sea off Beaumaris, near Melbourne, during a big storm in 1935 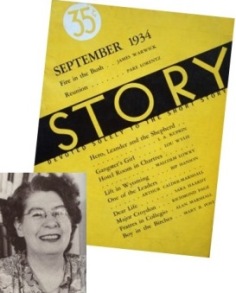 1904 – Jehane Benoît born, French Canadian culinary author, commentator, journalist, and broadcaster. After studying at the Sorbonne and the Cordon Bleu cooking school in Paris, she started her own cooking school, Fumet de la Vieille France, in Montreal. She also opened one of Canada’s first vegetarian restaurants “The Salad Bar” in 1935. Author of over 30 cookbooks, including the Encyclopedia of Canadian Cuisine, and appeared regularly on Canadian’s television’s newsmagazine series, Take 30 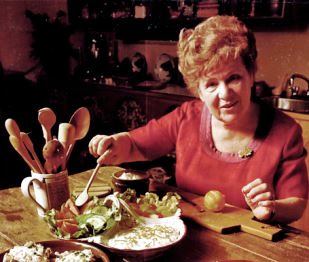 1905 – Sterilization for “mental defectives” legislation is passed in the State of Pennsylvania, the measure is vetoed by Governor Samuel Pennypacker

1911 – Walter Lincoln Hawkins born, African-American chemist and engineer, a pioneer in polymer chemistry, who worked for 34 years at Bell Laboratories. He was the first black member of the National Academy of Engineering, and was awarded the National Medal of technology in 1992

1923 – Nizar Qabbani born, Syrian poet, diplomat and women’s rights activist, serving in Syrian missions in Beirut, Cairo, Istanbul, Madrid, and London, and as UAR Vice-Secretary at their Chinese embassy; his sister’s suicide under pressure when she refused to marry a man she did not love made a profound impression on Qabbani, who was 15 years old at the time

1923 – Nirmala Srivastava born, Indian founder of Sahaja Yoga, a self-awareness meditation movement, and activist for Indian Independence, who was jailed in 1942 during the Quit India Movement

1937 – Ann Clwyd born, Welsh Labour Party politician; Member of Parliament for the Cynon Valley since 1984; advocate for human rights and international women’s rights; member of the Royal Commission on the National Health Service (1976-1979); helped pass the Female Genital Mutilation Bill in 1985, which bans Female Circumcision in the UK and prohibits parents sending/taking their daughters abroad for the procedure

1960 – In Sharpeville, South Africa, about 70 people are killed and 180 wounded when police fire on unarmed black demonstrators protesting the Pass Laws, which forced Black South Africans to carry documents at all times including a photograph, place of birth, employment records, tax payments and criminal records, and enabled the government to further restrict their movement. It was illegal to be without a Pass, and the penalty was arrest and imprisonment. (see 1995 entry)

1962 – Kathy Greenwood born, Canadian comedian and scriptwriter; performer and writer in the Toronto branch of Second City (1988-1992); was a regular cast member of the Canadian television drama Wind at My Back (1996-2001); and is a member of the sketch comedy quintet, Women Fully Clothed

1966 – In New York, demolition begins to clear thirteen square blocks for the construction of the original World Trade Center

1966 – Moa Matthis born, Swedish author and literary critic; she writes articles for the Stockholm daily newspaper, Dagens Nyheter (The Day’s News), many from a feminist point of view

1971 – Two U.S. platoons in refuse their orders to advance into Laos, which would be in violation of a prohibition of U.S. ground forces entering Laotian territory

1973 – Ananda Lewis born, African American television host and social activist; host of the talk show  The Ananda Lewis Show in 2001, which unfortunately never recovered from debuting the day before 9-11; worked on The Insider 2004-2005; she left show business, in part because of a series of problems with stalkers, and is now a carpenter and home renovator; she’s volunteered as a mentor for Youth at Risk, and as a spokesperson for the Humane Society and Reading is Fundamental

1975 – In South Africa, the Inkatha National Cultural Liberation Movement is founded by ANC office-bearers and activists after the African National Congress (ANC) and Pan Africanist Congress (PAC) are banned by the Apartheid regime. It was the precursor to the Inkatha Freedom Party, created at a special conference in 1990

1980 – US President Jimmy Carter announces a U. S. boycott of the 1980 Summer Olympics in Moscow to protest the Soviet war in Afghanistan 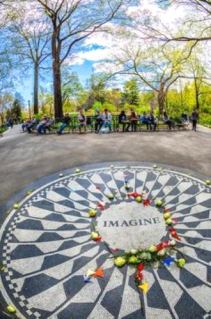 1985 – Police in Langa, South Africa, open fire on blacks marching to mark the 25th anniversary of the Sharpeville shootings; at least 21 demonstrators are killed

1986 – Debi Thomas became the first African American to win the World Figure Skating Championships, and the first black athlete to win a medal in the Winter Olympics (1988); she later became an orthopedic surgeon specializing in hip and knee replacement, but lost of most of her savings in two divorces and the financial failure of her medical practice in the dying coal-mining town of Richlands, Virginia, and was diagnosed with bipolar disorder. She sold her Olympic Bronze Medal to help pay some of her debts, but was reported in February 2018 to still be living precariously

1989 – Randall Dale Adams is released from a Texas prison after his conviction was overturned; the documentary “The Thin Blue Line” had challenged evidence of Adams’ conviction for killing a police officer

1990 – Namibia, at one time the German territory of South West Africa, but originally put by the League of Nations under the administration of the government of South Africa in 1915, finally becomes an independent nation

1990 – Australian businessman Alan Bond sells Van Gogh’s “Irises” to the Getty Museum for an undisclosed price; Bond purchased the painting for $53.9 million in 1987

1994 – The UN Framework Convention on Climate Change goes into force

1995 – Human Rights Day * is celebrated in South Africa as a public holiday for the first time, on the anniversary of the Sharpeville Massacre (see 1960 entry)

2000 – U.S. Supreme Court rules 5-4 that the U.S. Food and Drug Administration overstepped its regulatory authority when it attempted to restrict marketing of cigarettes to minors, based on tobacco being an addictive drug

2002 – In Paris, French inventor Joseph Nicephore Niepce’s 1825 print of a man leading a horse sells for $443,220; it is one of the earliest recorded photographic images

2012 – World Down Syndrome Day * is officially recognized by the UN

Nona Blyth Cloud has lived and worked in the Los Angeles area for the past 50 years, spending much of that time commuting on the 405 Freeway. After Hollywood failed to appreciate her genius for acting and directing, she began a second career managing non-profits, from which she has retired. Nona has now resumed writing whatever comes into her head, instead of reports and pleas for funding. She lives in a small house overrun by books with her wonderful husband.
View all posts by wordcloud9 →
This entry was posted in History, Holidays, On This Day and tagged Alice Henry, Amina Claudine Myers, Angela Merici, Ann Clwyd, Moa Matthis, Nirmala Srivastava, Rosie O’Donnell. Bookmark the permalink.
Loading Comments...
%d bloggers like this: