Day of Remembrance of the Victims of the Rwanda Genocide * 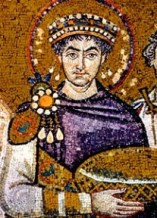 1141 – Empress Matilda becomes the first female ruler of England, adopting the title ‘Lady of the English’ but war with Stephen, her rival for the throne, makes her reign short-lived 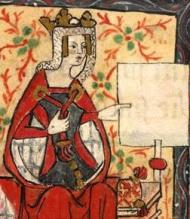 1767 – Burmese-Siamese War: the second military conflict between the Konbaung dynasty of Burma (Myanmar) and the Ban Phlu Luang Dynasty of Siam (Thailand) ends with the Burmese defeating the four-century-old Siamese kingdom. However, the Burmese were soon forced to give up their hard-won gains when Chinese invasions of their homeland force their complete withdrawal from Siam by the end of 1767. A new Siamese dynasty, to which the current Thai monarchy traces its origins, emerges to reunify Siam by 1770

1780 – William Ellery Channing born, foremost Unitarian preacher in the U.S., and one of the leading Unitarian theologians. His liberal theology had a major influence on the New England Transcendentalists, although he saw their beliefs as extreme

1795 – France adopts the metre as the basic measure of length

1803 –  Flora Tristan born, French author, socialist and feminist; her works include Peregrinations of a Pariah and The Workers’ Union

1803 – Toussaint L’Ouverture * a leader of the Haitian Revolution, who had laid down his arms in exchange for a French promise not to restore slavery, dies imprisoned in France under harsh interrogation, after being seized by French General Jean-Baptiste Brunet at a false parley set up in Haiti to entrap him

1805 – Beethoven conducts the first performance of his 3rd symphony, Eroica, in Vienna

1830 – President Andrew Jackson submits the Indian Removal Act of 1830 to Congress authorizing removal most of the tribes in the southeastern states to lands west of the Mississippi; Senator Theodore Frelinghuysen (R-NJ) denounces the bill, speaking for six hours over three days, “I ask in what code of the law of nations, or by what process of abstract deduction, their rights have been extinguished? Where is the decree or ordinance that has stripped these early and first lords of the soil? Sir, no record of such measure can be found. And I might triumphantly rest the hopes of these feeble fragments of once great nations upon this impregnable foundation. However mere human policy, or the law of power, or the tyrant’s plea of expediency, may have found it convenient at any or in all times to recede from the unchangeable principles of eternal justice, no argument can shake the political maxim, that, where the Indian always has been, he enjoys an absolute right still to be, in the free exercise of his own modes of thought, government, and conduct . . . Do the obligations of justice change with the color of the skin? Is it one of the prerogatives of the white man, that he may disregard the dictates of moral principles, when an Indian shall be concerned? No, sir. . .”

1831 – Dom Pedro I abdicates as Emperor of Brazil in favor of his 5-year-old son Dom Pedro II, who will reign for almost 59 years before the Monarchy is abolished

1872 –  Marie Equi born, American physician, lesbian, abortion provider, suffragist, labor and anti-war activist; recognized by Theodore Roosevelt and the U.S. Army for her services during the 1906 earthquake in San Francisco; spoke against US involvement in WWI and was imprisoned under the Sedition Act for a three-year term and served a year-and-a-half before being released 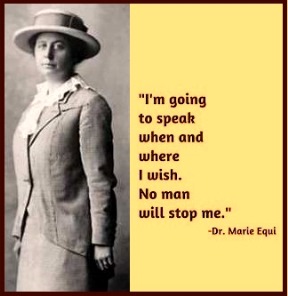 1890 – Marjory Stoneman Douglas born, American journalist, women’s suffrage and civil rights advocate, and tireless environmental activist who campaigned to preserve the Florida Everglades. She worked for the Miami Herald (1915-1923), rising from society columnist to assistant editor, and daily columnist. Best known for her 1947 book, The Everglades: River of Grass which did much to change the popular conception of the Everglades from a worthless swamp to a treasured river system. She played a central role in the protection of the Everglades up until a short time before her death, at the age of 108, in 1998. An obituary in The Independent newspaper in London stated, “In the history of the American environmental movement, there have been few more remarkable figures than Marjory Stoneman Douglas.”

1926 – Violet Gibson fires shots at Italian Dictator Mussolini, but only hits his nose

1927 – Babatunde Olatunji born, Nigerian drummer, recording artist, composer and social justice activist; Olatunji wrote music for the Broadway and film versions of A Raisin in the Sun; he often spoke on civil rights and social justice issues before his performances, toured the American South with Dr. Martin Luther King, and joined King in the 1963 March on Washington. He also performed before the UN General Assembly; He died of complications from diabetes in 2003, and his autobiography, The Beat of My Drum, was published posthumously in 2005 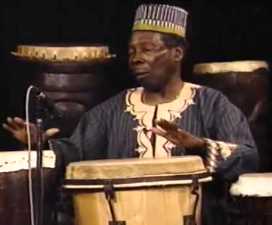 1928 – James Garner born as James Bumgarner, American actor, film and television leading man, and producer; noted for his two popular TV series Maverick (1957-1960) and The Rockford Files (1974-1980), which his company, Cherokee Productions co-produced; he also appeared in over 50 films, including The Great Escape, The Americanization of Emily, Victor/Victoria, and Murphy’s Romance, for which he was nominated for an Academy Award. Politically, he was a Democrat, and publicly supported the Civil Rights Movement and the Equal Rights Amendment

1931 – Daniel Ellsberg born; he releases the ‘Pentagon Papers’ to the New York Times

1933 – National Beer Day * the day the sale of beer becomes legal again in the U.S. as the Cullen-Harrison Act goes into effect, redefining what an “intoxicating beverage” is to exclude beer from Prohibition – but full repeal of Prohibition wasn’t until the December 5, 1933  ratification of the 21 Amendment, repealing the 18th Amendment

1937 – Eleanor Holmes Norton born, member of the U.S. House of Representatives for the District of Columbia since 1991

1938 – Iris Johansen born, American novelist, primarily in the crime, romantic suspense, and historical romance genres; noted for her long-running  Eve Duncan suspense series, in which the leading character is a forensic sculptor

1940 – Booker T. Washington is the first black person to appear on a U.S. Stamp 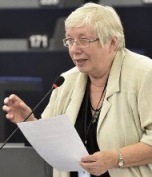 1944 – Julia Phillips born, American film producer and author; best known as co-producer of The Sting, Taxi Driver, and Close Encounters of the Third Kind; she was the first woman producer to win an Academy Award for Best Film, for The Sting. Her tell-all memoir, You’ll Never Eat Lunch in This Town Again, which included her struggles with cocaine addiction, was a 1991 bestseller, and was followed in 1995 by Driving Under the Influence

1945 – Marilyn Friedman born, American philosopher, academic and author; currently holds the W. Alton Jones Chair of Philosophy at Vanderbilt University; it took her twenty years of teaching to gain tenure. She became focused on autonomy in the 1980s because “Many feminists thought that the moral ideal of autonomy represented male but not female modes of moral reasoning. Most people saw autonomy as a separation of self from loved ones—a kind of selfishness. I see it in terms of self-determination, and I didn’t think it had to carry specifically masculine associations.” She has also explored the nature of close interpersonal relationships, women in poverty, care and justice, partiality and impartiality, gender identity, multicultural education, and female terrorists. Noted for her books What Are Friends For? Feminist Perspectives on Personal Relationships on Moral Theory; and Autonomy, Gender, Politics. Friedman also co-edited Feminism and Community, Mind and Morals: Essays on Ethics and Cognitive Science, and Rights and Reason: Essays in Honor of Carl Wellman

1951 – Janis Ian born, American singer-songwriter, best known for her songs “At Seventeen” and “Society’s Child” – both in the Grammy Hall of Fame

1954 – U.S. President Eisenhower first uses the phrase “domino effect” in reference to communism in Indo-China at a news conference

1960 – Sandy Powell born, British costume designer; nominated for Best Costume Design Oscars 14 times, winning three Academy Awards, for Shakespeare in Love, The Aviator and The Young Victoria. She has also been nominated 15 times for BAFTA Awards, and won three times. Powell was appointed Officer of the Order of the British Empire (OBE) in the 2011 for services to the film industry 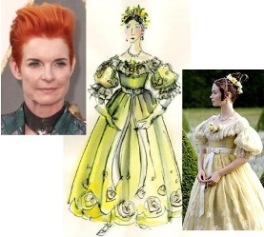 1963 – Yugoslavia is proclaimed a Socialistic republic

1965 – Rosalie Hirs born, Dutch composer of contemporary classical music, and poet; noted for  her compositions Book of Mirrors and Roseherte, and her poetry collections Locus, Logo and Speling

1965 – Alison Lapper born, English artist who was born with phocomelia, without arms and with shortened legs. She was institutionalized in her infancy, and after childhood rejected artificial limbs as an attempt to make her look “more normal” instead of helping her. She studied art at several colleges, then graduated with a first class honors degree in Fine Art from the Faculty of Arts and Architecture at the University of Brighton in 1994. She works in photography, digital imaging, and painting, and is a member of the  Association of Mouth and Foot Painting Artists of the World (AMFPA) 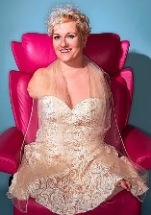 1980 – President Carter breaks off relations with Iran over hostage crisis

1988 – Russia announces withdrawal of its troops from Afghanistan

1999 – Banana Wars: The World Trade Organization rules in favor of the United States in its long-running trade dispute with the European Union over its complex combination of tariffs and quotas on bananas 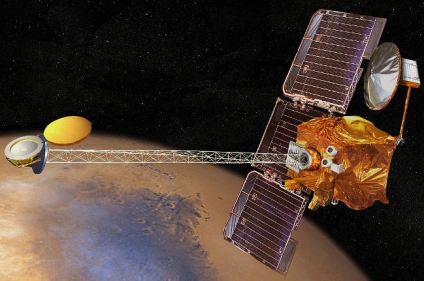 2004 – UN designates this date as a Day of Remembrance of the Victims of the Rwanda Genocide * commemorating the 800,000 people who were murdered during the 1994 genocide in Rwanda, in central Africa

2009 – The first International Beaver Day * is launched by Beavers: Wetlands and Wildlife (BWW), originally called  ‘Friends of Beaversprite’ which was founded in 1985 to honor the memory and continue the work of Dorothy Richards at Beaversprite Sanctuary in the Adirondack Mountains; in 1996, now internationally recognized as a major source on Beaver behavior and habitat, and problem-solving when human and wildlife needs conflict

2010 – The first International Snailpapers Day * is created by Dan E. Bloom of Taiwan, to commemorate the existence of printed newspapers before online versions totally take over. The Dibao is earliest news-on-paper, a handwritten account of news in the imperial court and the capital city, beginning around 200 BCE in China 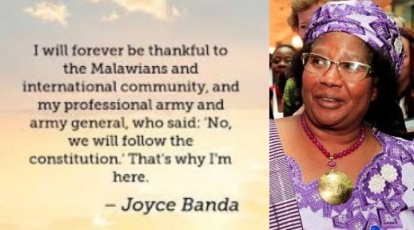 2014 – In Washington DC, Senate Democrats and six Republican Senators pushed through a bill to extend jobless benefits for 2.4 million Americans unemployed for six months or longer. President Obama called on the GOP-led House to approve the bill, where there is much opposition in spite of increasing pressure to pass relief for the unemployed before November’s midterm elections

Nona Blyth Cloud has lived and worked in the Los Angeles area for the past 50 years, spending much of that time commuting on the 405 Freeway. After Hollywood failed to appreciate her genius for acting and directing, she began a second career managing non-profits, from which she has retired. Nona has now resumed writing whatever comes into her head, instead of reports and pleas for funding. She lives in a small house overrun by books with her wonderful husband.
View all posts by wordcloud9 →
This entry was posted in History, Holidays, On This Day and tagged Babatunde Olatunji, Daniel Ellsberg, Gabriela Mistral, Marie Equi, Marjory Stoneman Douglas, Toussaint L’Ouverture, William Wordsworth. Bookmark the permalink.