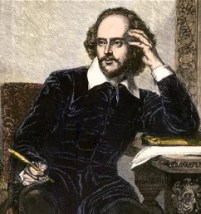 1014 – Battle of Clontarf: The forces of High King of Ireland Brian Boru defeat Vikings led by Sigtrygg Silkbeard, but Brian Boru is killed in the battle

1348 – The founding of the Order of the Garter by King Edward III is announced on St. George’s Day 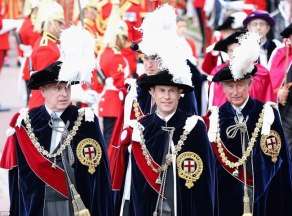 1564 – William Shakespeare born, English playwright and poet, the ‘Bard of Avon,’ considered the greatest writer in the English language, and world’s greatest dramatist 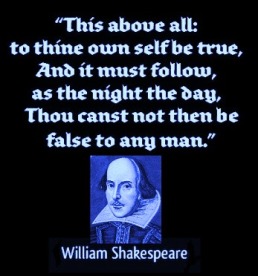 1635 – The first public school in the U.S., Boston Latin School, is founded in Boston MA 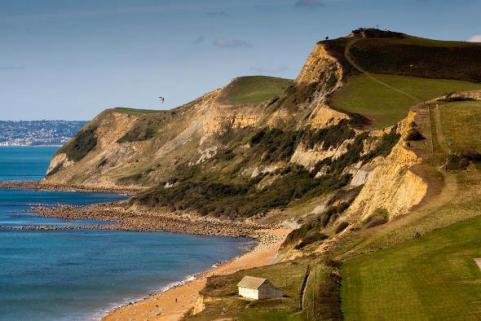 A landscape of the Jurassic coastline looking towards Lyme Regis
– by J.M.W. Turner

1789 – President-elect George Washington and his wife move into the first executive mansion, the Franklin House in New York City

1794 – Wei Yuan born, Chinese scholar and civil servant; author of A Military History of the Holy Dynasty, and an Illustrated Treatise on the Maritime Kingdoms

1858 – Pandita Ramabai Sarasvati born, Indian social reformer and pioneer in women’s emancipation and education. First woman accorded the titles of Pandita as a Sanskrit scholar and Sarasvati after being examined by the faculty of the University of Calcutta. Founder of the Arya Mahila Samaj (Arya Woman’s Society) to promote women’s education and to bring an end to child marriage. She gave evidence in 1882 before Lord Ripon’s Education Commission: “In ninety-nine cases out of a hundred the educated men of this country are opposed to female education and the proper position of women. If they observe the slightest fault, they magnify the grain of mustard-seed into a mountain, and try to ruin the character of a woman.” She suggested that women be trained as teachers and school inspectors, and further, that women be admitted to medical colleges, since Indian women could not be treated by male doctors. Her evidence caused a sensation, and was one of the inspirations of the Women’s Medical Movement started by Lord Dufferin.  Ramabai went to Britain in 1883 to start medical training. During her stay she converted to Christianity. From Britain she traveled to the United States in 1886 to attend the graduation of the first female Indian doctor,  Anandibai Joshi, staying for two years. During this time she also translated textbooks and gave lectures throughout the United States and Canada. She also published one of her most important books, The High-Caste Hindu Woman, the first book that she wrote in English 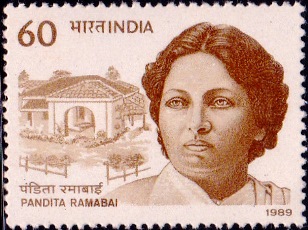 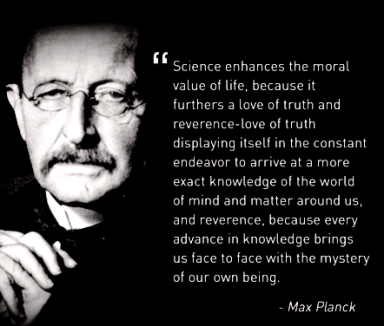 1861 – Viscount Edmund Allenby born, British officer in the Second Boer War and WWI; after his successful campaign to take Jerusalem from the Ottoman Empire, he was made a Field Marshall and appointed as Special High Commissioner of Egypt 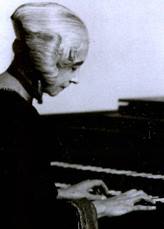 1879 – Fire burns down the second main building and dome of the University of Notre Dame; it is replaced with the third, and current, Main Building with its golden dome. 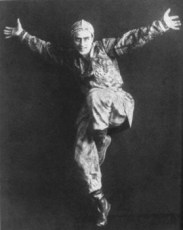 1916 – Sinah Estelle Kelley born, African-American chemist who worked on the mass production of penicillin for the U.S. Department of Agriculture after WWII. Her name was listed with her colleagues as co-author on several scientific papers during this time, even though she did not hold an advanced degree. In 1958, she moved to New York, where she worked on the effects of strontium 90 at an Atomic Energy Commission Laboratory until her retirement in late 1970s

Unconfirmed snapshot of Kelley – no other photo found

1947 – Bernadette Devlin born, Irish civil rights leader and Irish Republican Socialist politician; Member of Parliament for Mid Ulster (1969-1974); she was one of the founders in 1997 of STEP (South Tyrone Empowerment Programme), and serves as its chief executive. STEP provides services and advocacy for community development, and community-based enterprise 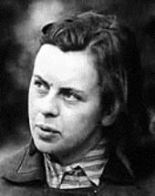 1950 – Barbara McIlvaine Smith born, enrolled member of the Sac and Fox Nation, and Democratic politician; Member of the Pennsylvania House pf Representatives from the 156th district (2007-2010); Member of the West Chester Borough Council from the 5th Ward (2002-2006)

1959 – Unity Dow born, Botswana judge, lawyer, human rights activist, writer and government minister; Minister of International Affairs and Cooperation since 2018; Member of Parliament since 2014; Botswana’s first woman High Court judge; she is the author of five novels, including Saturday is for Funerals, describing the AIDS problem in Africa. Since 2005, she has been a member of the UN mission to Sierra Leone to review the application of international women’s human rights norms. In December 2006, she was one of three judges ruling on the Kgalagadi (San, Bushmen or Basarwa) court decision, concerning the rights of the San to return to their ancestral lands

1965 – Leni Robredo born Filipina lawyer, social activist and Liberal politician; elected in 2016 as Vice President of the Philippines (the President and Vice President are elected separately; she and President Rodrigo Duterte have frequent clashes, and he has banned her from Cabinet meetings); Chair of the Housing and Urban Development Coordinating Council (2016); Member of the Philippine House of Representatives from Camarines Sur’s 3rd District (2013-2016) 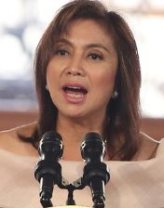 1968 – 300 Columbia students barricaded the office of the college dean, charging the university with supporting the Vietnam War and violating Harlem residents’ civil rights

1976 – The Rolling Stones release their album Black and Blue

1995 – World Book and Copyright Day * is launched by UNESCO

2009 – Talk Like Shakespeare Day * is started by the Chicago Shakespeare Theatre, and proclaimed by Illinois Governor Pat Quinn – Huzzah! (We already talk a lot like Shakespeare. Just watch this video!)

2010 – UNESCO sets the traditional date of Shakespeare’s birth, as well as the day of his death, as UN English Language Day * – part of the celebration of the six official working languages of the United Nations

2011 – “The Impossible Astronaut” is the first episode of the sixth series of the British science fiction television series Doctor Who, first broadcast on 23 April 2011 in the UK, Canada and the U.S.

2014 – The first Lost Dog Awareness Day * is launched by Lost Dogs of America, a volunteer organization which helps reunite families with their missing dogs

Nona Blyth Cloud has lived and worked in the Los Angeles area for over 50 years, spending much of that time commuting on the 405 Freeway. After Hollywood failed to appreciate her genius for acting and directing, she began a second career managing non-profits, from which she has retired. Nona has now resumed writing whatever comes into her head, instead of reports and pleas for funding. She lives in a small house overrun by books with her wonderful husband.
View all posts by wordcloud9 →
This entry was posted in History, Holidays, On This Day and tagged Edwin Markham, J.M.W. Turner, John Oliver, Ngaio Marsh, Pandita Ramabai Sarasvati, Unity Dow, William Shakespeare. Bookmark the permalink.