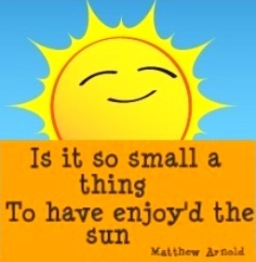 1535 – French explorer Jacques Cartier sets sail on his second voyage to North America with three ships, 110 men, and Chief Donnacona’s two sons (whom Cartier had kidnapped during his first voyage).

1542 – The Prome Kingdom, little more than a city-state, falls to King Tabinshwehti of the Taungoo Dynasty in what is now Burma

1643 – French forces under the duc d’Enghien decisively defeat Spanish forces at the Battle of Rocroi, marking the symbolic end of Spain as a dominant land power

1655 – The British amphibious invasion of Jamaica begins; they will capture the island from the Spanish during the Anglo-Spanish War

1662 – The Act of Uniformity 1662 is passed, prescribes administration of sacraments, public prayers, and other rites of the Established Church of England, as they appear in the Book of Common Prayer. Adherence is required in order to hold any office in government or the church, although the 1662 edition of the Book of Common Prayer is so new that most people have never even seen a copy. Also explicitly requires episcopal ordination for all ministers, i.e. deacons, priests and bishops, which is reintroduced since the Puritans had abolished many features of the Church during the Civil War

1780 – About midday, near-total darkness descends on New England, now known to be caused by forest fires in Canada

1832 – Madeline Daniell born, Scottish campaigner for women’s right to higher education, and one of the founders in 1866 of the Edinburgh Ladies’ Educational Association (ELEA), which offered lectures by university professors on English literature, and later classes in physics and philosophy of mind (the relationship of mind to body). She also helped to found the St. Leonard’s School for Girls, a prep school for girls to prepare them for attending university. She moved to London, where she worked with impoverished women, and she met Constance Naden. In 1887, she and Naden traveled together through Europe, Egypt and India. After Naden’s death in 1889, she moved to Southport, campaigning for women’s rights including suffrage,  joining the Women’s Local Government Society, the Southport University Extension Society and the Women’s Liberal Association

1848 – The first ‘department store,’ A. T. Stewart & Co., is opened in New York City by Scots-Irishman Alexander Turney Stewart, who also started a mail-order business for customers in other parts of the U.S. He became one of the wealthiest people in history, worth over 90 billion in today’s U.S. dollars

1856 – Charles Sumner, freshman Republican Senator from Massachusetts, rises to denounce the Kansas-Nebraska Act of 1854, which calls on the territories to decide if slavery will be permitted within their borders. He committed his entire address entitled “The Crime Against Kansas” to memory and arranged for a 112 page copy to be printed in advance, then spoke for five hours over the next two days. He reviles the act’s chief authors, calling Senator Stephen Douglas (D-IL) a “brutal, vulgar man” and charging Senator Andrew Butler (D-SC) with keeping “the harlot, slavery” as his mistress. Two days later, Butler’s second cousin, Representative Preston Brooks (D-SC) beats Sumner nearly to death with his gold-headed cane, stopping only when his cane breaks, inflicting head injuries that prevent Sumner from resuming his Senate seat for three years; Brooks’ actions receive only token punishment, and he is reelected by his constituents 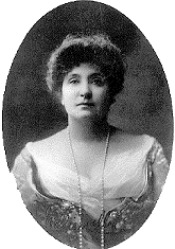 1881 – Mustafa Kemal Atatürk born in Greece (under Turkish rule at the time), Turkish army officer; founder and first President (1923-1938) of the Republic of Turkey

1884 – The Ringling Brothers expand their circus by purchasing the Yankee Robinson Circus, adding horse trick riders and a bear to their juggling and skits acts

1885 – After patenting an automatic method of lasting a shoe (attaching the sole to the upper part) in 1883, Jan Ernst Matzeliger revolutionizes the shoe industry, increasing production from 50 pairs a day by the most skilled hand-lasters to 150 to 700 pairs per last each day, cutting the price of shoes across the U.S. in half. Matzeliger was the son of a Dutch engineer in Dutch Guyana and a Surinamese slave of African descent

1886 – Camille Saint-Saëns’ 3rd Symphony in C (the ‘Organ Symphony’) premieres in London, at St. James Hall, conducted by the composer

1892 – Charles Brady King invents a pneumatic hammer, the first version of a ‘jackhammer’

1920 – Tina Strobos born, Dutch physician-psychiatrist who, with her mother and grandmother, rescued over 100 Jewish refugees as part of the Dutch resistance during the WWII Nazi occupation of the Netherlands, hiding them in a secret compartment in her attic, and forging passports to help them get out of the country; she was arrested and interrogated nine times by the Gestapo, but never betrayed anyone involved; after the war, she emigrated to the U.S.; in 1989, she was honored as Righteous Among the Nations by Yad Vashem, and in 1998, received the Elizabeth Blackwell Medal for her medical work 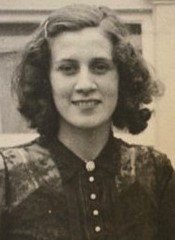 1921 – U.S. Congress passes the Emergency Immigration Act of 1921, imposing a limit on immigration annually of 3% of the number of residents from each country already living in the U.S. as of the 1910 census, which favored immigrants from northern Europeans over other part of the world, except Latin America, which had no limit imposed. These limits came to be known as the National Origins Formula. Professionals were admitted without regard to their country of origin. Immigration from the Asia-Pacific zone and illiterates over the age of 16 remained barred by the Immigration Act of 1917. Immigration in 1921-1922 fell by over 60%

1930 – Lorraine Hansberry born, American playwright; A Raisin in the Sunwas the first play by a black woman to be produced on Broadway, directed by Lloyd Richards, the first black director to have a show on Broadway; won the NY Drama Critic’s Circle Award, becoming the first black person, fifth woman and youngest playwright to win

1945 – Pete Townsend born, English singer-songwriter with The Who; known for the rock operas Tommy and Quadrophenia 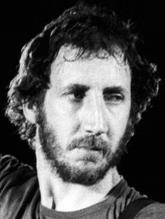 1946 – Nederlandse Vereniging voor Seksuele Hervorming (NVSH – the Dutch Society for Sexual Reform) is founded, a birth control organization which becomes the only source of condoms in the Netherlands. It will gain 220,000 members and run over 60 birth control clinics at its height. Contraceptives become legal in the Netherlands in 1970, causing membership to drop to only a few hundred by 2008

1952 –  Lillian Hellman sends her letter to the U.S. House Committee on Un-American Activities that she refuses to testify against friends and associates, saying “I cannot and will not cut my conscience to fit this year’s fashions.”

1954 – Despite federal laws prohibiting opening mail except by the addressee, Postmaster General Summerfield approves a CIA mail-opening project in New York City of mail between U.S. correspondents and people in communist countries

1958 – Harold Pinter’s play The Birthday Party has its London debut, but closes after only eight performances. In spite of its initial poor reception in London, it becomes one of Pinter’s best-known and most frequently performed plays; when asked what his plays were about, Pinter replied, “The weasel under the cocktail cabinet.”

1966 – Jodi Picoult born, American author and feminist; advocate for literary gender parity and advisory board member of Vida: Women in the Literary Arts; has spoken out against the death penalty; co-founder of the Trumbull Hall Troupe (theatre for kids);  My Sister’s Keeper, The Tenth Circle, Change of Heart

1967 – The USSR ratifies a treaty with the U.S. and U.K. banning nuclear weapons from outer space

1986 – U.S. President Reagan signs into law the Firearm Owners’ Protection Act of 1986 (FOPA), which weakens or overturns provisions of the Gun Control Act of 1968, allowing the reopening of interstate sales of long guns on a limited basis, legalization of ammunition shipments through the U.S. Postal Service (a partial repeal of the Gun Control Act), removal of the requirement for record keeping on sales of non-armor-piercing ammunition, and federal protection of transportation of firearms through states where possession of those firearms would otherwise be illegal

This is considered a ‘long gun’

1992 – The 27th Amendment to the Constitution, prohibiting Congress from giving itself midterm pay raises, goes into effect

2010 – Leaders of the United Front for Democracy Against Dictatorship (UDD) in Thailand, called the ‘Red Shirts,’ surrender to police in order to prevent more bloodshed after crackdowns in which government troops fired on protesters in the red shirt encampment, during which 25 people are killed and over 800 injured

2014 – In Egypt’s Valley of the Kings, an exact replica of the 3,245-year-old tomb of King Tutankhamun opens to the public, the most ambitious 3-D creation of its kind. The actual tomb has been closed because of deterioration caused by so many visitors going through

2016 – The U.S. House of Representatives voted to limit the display of the Confederate battle flag in national cemeteries in the latest sign of growing opposition to the controversial symbol. A similar measure in 2015 led to an impasse, but this time nobody spoke against the ban on the House floor. The flag’s proponents said it stands for Southern pride, but opponents said it is a racist reminder of slavery. Rep. Jared Huffman (Democrat-California), who sponsored the amendment, said there was no place for “this hateful symbol” in national cemeteries. The bill did not pass in the Senate. In August, 2016, the Veteran Affairs Department banned flying Confederate flags from fixed flagpoles at all cemeteries run by the department

Nona Blyth Cloud has lived and worked in the Los Angeles area for the past 50 years, spending much of that time commuting on the 405 Freeway. After Hollywood failed to appreciate her genius for acting and directing, she began a second career managing non-profits, from which she has retired. Nona has now resumed writing whatever comes into her head, instead of reports and pleas for funding. She lives in a small house overrun by books with her wonderful husband.
View all posts by wordcloud9 →
This entry was posted in History, Holidays, On This Day and tagged Ho Chi Minh, Lorraine Hansberry, Malcolm X, Mustafa Kemal Atatürk, Nellie Melba, Ruth Ella Moore, Tina Strobos. Bookmark the permalink.
%d bloggers like this: