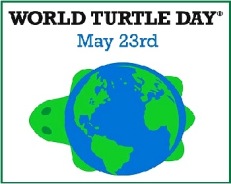 Bahá’í: Declaration of the Báb (‘the Gate’), foretells the coming of the Promised One, Bahá’u’lláh (‘Glory of God’), who will deliver a new Revelation to Humanity (observance begins at sundown, and ends at sundown on Friday, May 24)

635 – Kʼinich Kan Bahlam II (Radiant Snake Jaguar II) born, ajaw of the Maya city-state of Palenque; he succeeded his father, Kʼinich Janaab Pakal I, and reigned from 684 until his death in 702; noted for the completion of the Temple of the Cross during his reign and several other fine art and building projects

1430 – Joan d’Arc is captured by the Burgundians while leading an army to raise the Siege of Compiègne; they sell her to the English

1498 – Girolamo Savonarola is burned at the stake in Florence, Italy, for heresy and disobedience

1533 – King Henry VIII’s marriage to Catherine of Aragon is declared null and void by Thomas Cranmer, appointed as Archbishop of Canterbury just two months before

1701 – Captain Kidd, convicted of murder and piracy, is hanged

1810 – Margaret Fuller born, journalist, editor, author, women’s rights advocate, wrote Woman in the Nineteenth Century, the first major U.S. feminist work. She was the first editor of the transcendentalist journal The Dial  (1840). By her 30s, Fuller was considered the best-read person in New England, male or female, and was the first woman allowed to use the library at Harvard College. She joined the New York Tribune staff under Horace Greeley (1844), became one of the first American literary critics, then both the first American female foreign correspondent and first American woman war correspondent while traveling in England, France. and Italy, reporting on the Italian States Revolution of 1848, sending back eye-witness accounts of the uprising in Rome. She met Giovanni Angelo, the Marchese d’Ossoli, a liberal revolutionary who was ten years younger. They became lovers, had a son (1848), and married the next year. After the Roman uprising was put down, they fled to Florence (1849).  When the family sailed for the U.S., their ship ran aground in a storm off Fire Island, NY, in July 1850. Their bodies are never found

1827 – The first U.S. nursery school is established in New York by Joanna Bethune and Hannah L. Murray, “to relieve parents of the laboring classes from the care of their children while engaged in the vocations by which they lived, and provide for the children, a protection from the weather, from idleness and the contamination of evil example besides affording them the means of early and efficient education.” Almost 500 children of mothers working to support their families were cared for in the first 2 years

1846 – Arabella Mansfield, née Belle Aurelia Babb, born, the first U.S. woman to pass the bar exam (and scored highly), in Iowa, even though only men were supposed to take the exam. Shortly after her court challenge, Iowa amended its licensing statue and became the first U.S. state to accept women and minorities to the bar. She didn’t earn a living as a lawyer, but taught English and History at Simpson College and Iowa Wesleyan, and later served as a dean in both the music and art schools at DePauw University; she was one of the organizers of the Iowa Suffrage Society

1855 – Isabella Ford born, English author, lecturer, suffragist, trade unionist and social reformer; she was brought up in an atmosphere of radical liberal politics, women’s rights and humanitarian causes. Visitors to her family’s home included prison reformer Josephine Butler and women’s health pioneer Elizabeth Garrett Anderson. She grew up to work with women mill workers and trade unionists; Ford was a member of the National Administrative Council of the Independent Labour Party, and the first woman to speak at a Labour Representation Committee conference (now the British Labour Party)

1879 – Elizabeth Gunn born, New Zealand pediatrician and children’s health pioneer; served in WWI as a captain in the New Zealand Medical Corps; after the war, she was employed by the school medical service, and set up “health camps” for malnourished children to spend 3 weeks eating nourishing food, and getting fresh air and sunshine, eventually organized as the National Federation of Health Camps 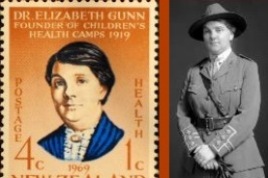 1895 – The New York Public Library is created, by combining the Astor and Lennox libraries

1908 – Hélène Boucher born, notable French aviator and aerobatics pilot, who set several women’s world speed records, and held the international (male or female) record for speed over 621 mph (1,000 km) in 1934; after she was killed in a plane crash, she was the first woman to lie in state at Les Invalides

1914 – Barbara Mary Ward born, Baroness Jackson of Lodsworth, British economist and writer; her degree course was in politics, philosophy, and economics at Somerville College, Oxford University. In 1972, she and René Jules Dubos co-authored a pioneering report, Only One Earth: The Care and Maintenance of a Small Planet, for the UN Stockholm conference on the Human Environment, which became their book, Only One Earth. Ward’s last book, Progress for a Small Planet, was written while she was fighting cancer. It was published in 1979. She died in 1981

1914 – Celestine Sibley born, American journalist for the Atlanta Constitution (1941-1999), covering the Georgia General Assembly, and author of Children, My Children, which won the 1982 Townsend Prize for Fiction

1919 – Ruth Fernández born, Puerto Rican contralto, known as “La Negra de Ponce” who wrote racial barriers as the first Afro-Puerto Rican female singer to gain popularity and success at home and on tour in Latin American and the U.S.; as a member of the Puerto Rican Senate (1973-1981), she campaigned for many reforms, including better working conditions 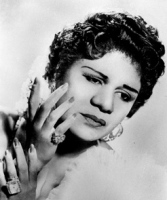 1926 – Joe Slovo born, South African Communist Party member and General Secretary (1984-1991); member of the African National Congress (ANC); in 1954, he was banned under the Supression of Communism Act, and forced to carry out his activism clandestinely. He was one of the drafters of the Freedom Charter in 1955, and was chosen as a delegate, but couldn’t attend the Congress of the People in Kliptown because of the restriction order against him. In 1963, he went into exile to go on African National Congress missions outside South Africa. After the unbanning of the liberation movements in 1990, he returned. When the first democratic elections were won by the ANC in 1994, he became a Member of Parliament and Minister of Housing in the Government of National Unity, until his death from cancer in 1995

1940 – Cora Sadosky born, Argentinian mathematician and academic, left Argentina because of political unrest, Professor of Mathematics at Howard University in the 1980s; Appointed to a visiting professorship for women from the National Science Foundation for 1983-1984 and again in 1995-1996; elected president of the Association for Women in Mathematics (1993-1995)

1947 – Jane Kenyon born, American poet and translator; she won the 1994 PEN/Voelcker Award for Poetry, for body of work; she was the author of five poetry collections, the final one, Otherwise: New and Selected Poems, was published posthumously in 1996, a year after her death from leukemia at age 47

1949 – The Republic of West Germany is established

1961 – Norrie May-Welby born in Scotland, Australian transsexual person who pursued legal status as being neither a man or a woman from 2010 to 2014, when the High Court of Australia ruled in NSW Registrar of Births, Deaths and Marriages v Norrie that it is in the power of the New South Wales Registry of Births to register May-Welby as ‘non-specific’; in 2017, began protesting the Australian marriage law defining marriage as between a man and a woman, which prevents May-Welby and partner from obtaining a marriage license

1963 – Viviane Baladi born in Switzerland, French mathematician researching dynamical systems; a director of research at the Centre national de la recherche scientifique (CNRS) in Paris since 1990, with a leave of absence to teach at the University of Geneva (1993-1999); author of  Positive Transfer Operators and Decay of Correlation (2000) 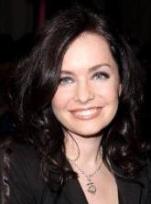 1984 – U.S. premiere of the movie Indiana Jones and the Temple of Doom

2012 – UN International Day to End Obstetric Fistula * is a resolution adopted by the UN General Assembly as part of efforts to end child marriage and early childbearing, which increases the risks of complications like Obstetric Fistula during pregnancy, especially among girls and  women living in poverty who lack access to obstetric care and are often malnourished

2016 – Chinese archaeologists announce evidence found of earliest use of barley in China to make beer, in Shaanxi province 3400-2900 BC 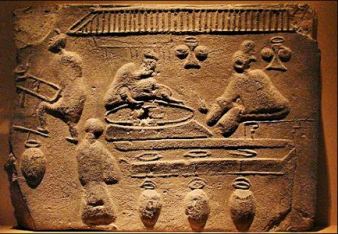 Nona Blyth Cloud has lived and worked in the Los Angeles area for over 50 years, spending much of that time commuting on the 405 Freeway. After Hollywood failed to appreciate her genius for acting and directing, she began a second career managing non-profits, from which she has retired. Nona has now resumed writing whatever comes into her head, instead of reports and pleas for funding. She lives in a small house overrun by books with her wonderful husband.
View all posts by wordcloud9 →
This entry was posted in History, Holidays, On This Day and tagged Benjamin Franklin, Cora Sadosky, Girolamo Savonarola, Joe Slovo, Kʼinich Kan Bahlam II, Margaret Fuller, Rejoice Thizwilondi Mabudafhazi. Bookmark the permalink.
Loading Comments...
%d bloggers like this: