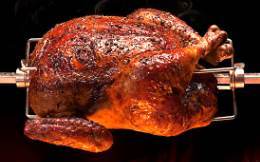 455 – The second of three sacks of Rome: After knocking down all the aqueducts bringing water into Rome, Vandals under Genseric enter the city, taking many captives as slaves, looting great amounts of treasure, and damaging many significant buildings, for 14 days 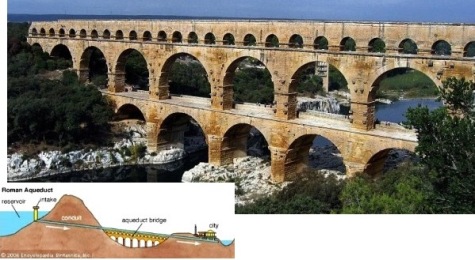 1763 – Pontiac’s Rebellion: at what is now Mackinaw City, Michigan, Chippewas capture Fort Michilimackinac by diverting the garrison’s attention with a game of lacrosse, then chasing a ball into the fort

1774 – Intolerable Acts: The Quartering Act is enacted, requiring the colonies to pay for housing British troops in peacetime, and allowing a governor in colonial America to house British soldiers in uninhabited houses, outhouses, barns, or other buildings, or in the homes of colonists, if suitable quarters are not available

1816 – Grace Aguilar born, British novelist, poet and author of Jewish non-fiction on history and religion: The Spirit of Judaism, The Women of Israel and History of the Jews in England, one of the first histories of the Jews living in England

1865 – Adelaide Casely-Hayford born, advocate for the Sierra Leone Creole identity and cultural heritage, feminist, educator and writer; she was educated in England, attended Jersey Ladies’ College, then studied music at the Stuttgart Conservatory in Germany; after 25 years abroad, she returned to Sierra Leone, and joined the Ladies Division of the Freetown branch of the Universal Negro Improvement Association, but resigned in 1920, and went on a lecture tour in America to raise funds for a vocational school for girls, which opened in 1923 with 14 pupils; created a sensation in 1925 when she wore traditional Sierra Leone dress at a reception for the Prince of Wales 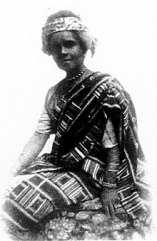 1876 – Hristo Botev Remembrance Day * – Hristo Botev, Bulgarian poet, journalist and revolutionary, killed during the April Uprising against the Ottoman Empire while leading two hundred rebels who fought to the last man; the brutality of the Turks, whose seasoned troops out-numbered the Bulgarians by ten to one, caused an outcry, and was followed by the Russo-Turkish War. Bulgaria finally achieved complete independence in 1908. On June 2nd in Bulgaria, there are three minutes of silence at noon in remembrance of Hristo Botev, and for all those who have died for Bulgaria’s freedom

1910 – Charles Rolls, a co-founder of Rolls-Royce Limited, becomes the first man to make a non-stop double crossing of the English Channel by plane

1913 – Elsie Tu born in England as Elsie Elliott; Hong Kong social activist who originally came to Hong Kong as a missionary; outspoken critic of British colonialism, and advocate for LGBT rights, better housing, welfare services, playgrounds, bus routes, hawker licenses. Her campaign against corruption is credited with the establishment of the Independent Commission Against Corruption (ICAC) in 1974; she served as a member of the Urban Council (1963- 1995), the Provisionanl Legislative Council (1997-1998), and the Legislative Council (1988-1995). She lived to be 102 years old 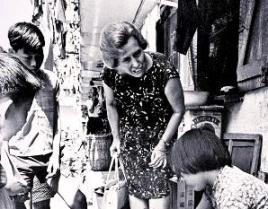 1918 – Ruth Atkinson born in Canada, American cartoonist and one of the first women comic book writer-artists, working for Iger Studio, a comic book “packager” that produced comic books on an out source basis; creator of the Marvel Comics character Millie the Model, the publisher’s longest-running humor title, and the Patsy Walker series 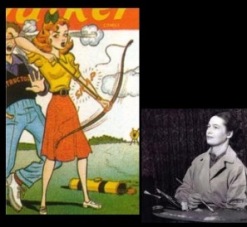 1918 – Kathryn Tucker Windham born, American storyteller, author, photographer, folklorist and journalist; the first woman hired as a journalist by the Alabama Journal in 1939; worked for the Birmingham News (1944-1956); worked for the Selma Times-Journal after that, and won several Associated Press awards for writing and photography; published a series of “true” ghost story collections, and many books about the Southern states, including recipe books and folklore; after appearing at the National Storytelling Festival in Tennessee, she made frequent appearances at storytelling events, and on National Public Radio’s All Things Considered

1919 – Eight large bombs are detonated nearly simultaneously in eight U.S. cities by followers of anarchist Luigi Galleani; 16 other bombs had previously been mailed in late April – the ongoing bombings led to the Red Scare of 1919-1920 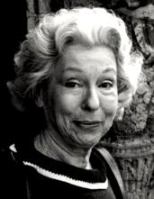 1924 – June Callwood born, Canadian journalist, author and social activist; worked for the Brantford Expositor, then the Toronto Globe and Mail;ghost-writer for several autobiographies including Barbara Walters and Otto Preminger; she and her husband Trent Frayne hosted a Canadian Broadcasting Corporation (CBC) television talk show The Fraynes (1954-1955), which led later to her own shows In Touch, National Treasures and Caregiving with June Callwood; she was a well-known activist for social justice, especially issues affecting women and children, involved with over 50 Canadian social action organizations, including youth and women’s hostels, and founded Casey House in Toronto for people with AIDS, Jessie’s (Now Jessie’s: The June Callwood Centre for Young Women, PEN Canada, the Canadian Civil Liberties Association, and Feminists Against Censorship; Companion of the Order of Canada, awarded as the highest degree of merit for a Canadian civilian

1929 – In March, William Dreyer invents Rocky Road ice cream – there are conflicting reports of where his inspiration came from, but the result is indisputably delicious. The name of the ice cream is believed to have inspired not only by its appearance, but also by ‘rocky road’ of the Great Depression. Couldn’t find a connection to June 2, but any day is a good day to celebrate Rocky Road Day * 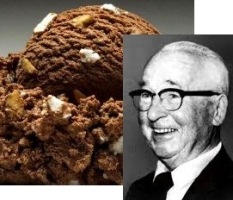 1935 – Carol Shields born in America, Canadian novelist and short story writer; her best-known novel, The Stone Diaries, won the Canadian Governor General’s Award for English language fiction,  and the 1995 Pulitzer Prize for Fiction, the only novel to date to win both of these awards (Shield, as an American-born naturalized Canadian was eligible for both prizes). It also won the National Book critics Circle Award and was nominated for the Man Booker Prize 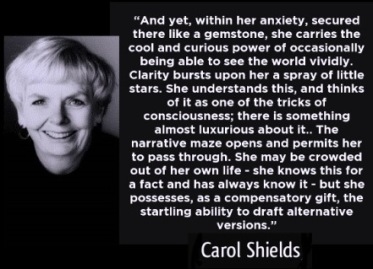 1937 – The Right Honourable Rosalyn Cohen Higgins born, Baroness Higgins, British judge and legal scholar; first woman elected to the International Court of Justice (ICJ – 1995-2009), and the ICJ’s first woman President (2006-2009); in 2009, she was appointed as advisor on International Law to the British Government’s inquiry into the Iraq War, headed by Sir John Chilcot, and often called the Chilcot Inquiry (2009-2016); has published several influential works on international law, including Problems and Process: International Law and How We Use It

1946 – In South Africa, the Asiatic Land Tenure and Indian Representation Act No 28 is passed, better known as ‘the Ghetto Act,” curtailing Indian property ownership in ‘White’ areas in Natal. Natal was divided into controlled and uncontrolled areas. The controlled areas would be White areas in which Indians were no longer allowed to purchase land. The uncontrolled areas were open to Whites and Indians. In controlled areas, Indians could continue to own land purchased before January 21, 1944 (the date when the Bill was announced), but could no longer purchase new properties. They had to lease land from Whites on condition it was used for trading purposes. The “Ghetto Act” included some ‘political representation’ to Indians, possibly to soften the blow of the restrictions. This translated into three White representatives in the Assembly and two in the Senate, along with two provincial councillors who could be Indian. The Natal Indian Congress rejected the Act and took its case to both the Indian government and the United Nations. When the South African government ignored both the international community as well as its own citizens, the Natal Indian Congress started a campaign of passive resistance. African, Indian and Coloured people united in South Africa, signing a ‘Joint Declaration of Cooperation’ in 1947 between the African National Congress, the Transvaal Indian Congress and the Natal Indian Congress, to work together for an end to the denial of rights to non-whites by the Apartheid state 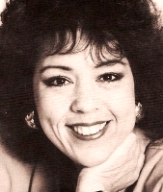 1950 – Anne Phillips born, a leading figure in feminist political theory; Graham Wallas Professor of Political Science, and Professor of Political and Gender Theory at the London School of Economics; carried out a research project on tensions between sexual and cultural equality in the British Courts (2002-2004); collaborated on an exploration of gender and culture issues in their specifically European context (2005-2008); Fellow of the British Academy since 2003; co-winner of the American Political Science Association’s Victoria Schuck Award for Best Book on Women and Politics, Engineering Democracy

1953 – Elizabeth II is crowned Queen of England at Westminster Abbey

1959 – Rineke Dijstra born, Dutch photographer, noted for single portraits, often in a series, showing a group of people, such as Beach Portraits (1992) and Israeli soldiers(1999-2000); she also did a series of photographs of a single subject, Almerisa, a Bosnian refugee, taken every two years from age 6 until age 18, from an asylum centre through her family’s relocation in Western Europe; awarded an Honorary Fellowship by the Royal Photographic Society, and the 2017 Hasselblad Award 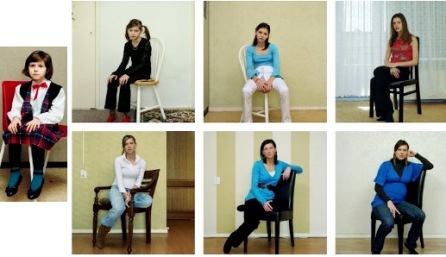 1961 – Randol Fawkes pilots the bill though the House of Assembly to establish  a national Labour Day in the Bahamas; Fawkes, called ‘the father of the Free Trade Union Movement’ was also a civil rights activist, attorney and author, who cast the deciding vote to form the first black-majority coalition government in the island’s history 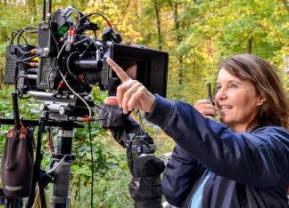 1966 – Candace Gingrich born, American LGBT rights activist at the Human Rights Campaign (HRC), served as the HRC’s National Coming Out Project spokesperson in 1995, and was one of Ms. Magazine’s 1995 Women of the Year; currently Senior Manager of the HRC’s Youth & Campus Outreach, and coordinator of the HRC University Internship Program; autobiography, Accidental Activist: A Personal and Political Memoir, was published in 1996; Newt Gingrich’s half-sister 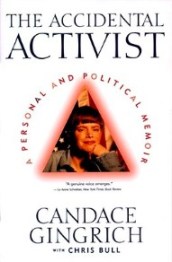 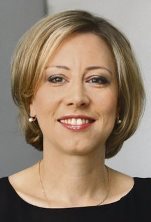 1975 – International Sex Workers Day * commemorates the Occupation of Saint-Nizier in Lyon by over 100 prostitutes protesting their inhumane working conditions. The women occupied the church for eight days, until police removed them on June 10. Other churches were soon occupied by protestors in Paris, Marseille, Grenoble, Saint-Étienne and Montpellier. French police had been increasing reprisals against prostitutes, forcing them into greater secrecy, which increased the violence against them. In April, 1975, the Lyon prostitutes organized, and their leader, known as ‘Ulla’ appeared on television with their demands. After three women were murdered, and the government’s continued in difference to their plight, they went on strike and occupied the church. They demanded the end of fines, police harassment, and the release from jail of ten of them who had been imprisoned a few days earlier for soliciting. The striking workers sang political chants and demanded decent working conditions and an end to stigma, becoming headline news nationally, and reports in the international press. Some local people supported their strike, bringing them clothes and food, while political, union and feminists organizations also announced their support. The parish priest refused to call police to remove the women, but the French government ordered the police to forcibly clear the church. The Minister of the Interior, Michel Poniatowski,  claimed the women had been manipulated into the occupation by pimps, and the  Womens Rights Minister, Françoise Giroud, refused to meet with the women, claiming she was not competent in the matter. This event was a flash point which launched an international movement for sex worker’s rights 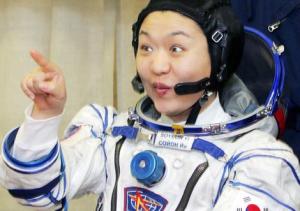 1978 – Bruce Springsteen’s album, Darkness On The Edge of Town, is released

1985 – Maggie Thrash born, American young adult fiction writer and memoirist; noted for her graphic novel memoir Honor Girl, describing coming out in her teens as a lesbian at a conservative summer camp, and her Strange Truth mystery series 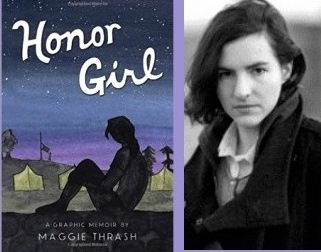 1998 – Voters in California passed Proposition 227, requiring that all schoolchildren be taught in English; it is repealed in 2016 by passage of Proposition 58

2003 – The New York Philharmonic announces that its return to Carnegie Hall, citing Carnegie’s acoustics as a key reason for moving back 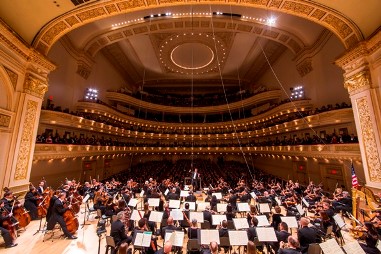 Nona Blyth Cloud has lived and worked in the Los Angeles area for the past 50 years, spending much of that time commuting on the 405 Freeway. After Hollywood failed to appreciate her genius for acting and directing, she began a second career managing non-profits, from which she has retired. Nona has now resumed writing whatever comes into her head, instead of reports and pleas for funding. She lives in a small house overrun by books with her wonderful husband.
View all posts by wordcloud9 →
This entry was posted in History, Holidays, On This Day and tagged Adelaide Casely-Hayford, Dorothy West, Grace Aguilar, Hristo Botev, Thomas Hardy, William Dreyer, Yi So-yeon. Bookmark the permalink.
Loading Comments...
%d bloggers like this: