350 – The Roman usurper Nepotianus proclaims himself Roman emperor, entering Rome at the head of a group of gladiators; he will be killed in the resistance 28 days later

1140 – Peter Abelard, French scholar, philosopher, theologian and preeminent logician, is set up by Bernard of Clairvaux at a secret meeting with the Bishops attending the Sens church council; when Abelard arrives at the council, he is charged for a list of condemned propositions Bernard claims are his, and found guilty of heresy

1733 – Eleanor Coade born, British businesswoman and proponent of women’s rights,  who manufactured Neoclassical statues, architectural decorations and garden ornaments made of Lithodipyra, also called Coade stone, from 1769 until her death in 1821. Lithodipyra (“stone fired twice”) was a high-quality, durable moulded weather-resistant, ceramic stoneware; statues and decorative features from this still look almost new today. Coade did not invent ‘artificial stone’, as various inferior quality precursors had been both patented and manufactured before, but she likely perfected both the clay recipe and the firing process. Her company produced stoneware for St George’s Chapel, Windsor; The Royal Pavilion, Brighton; Carlton House, London and the Royal Naval College, Greenwich. Shortly after her death, the company produced a large quantity of stoneware used in the refurbishment of Buckingham Palace. She was born into a Nonconformist (devout Baptist) family, and her grandmother Sarah Enchmarch was a successful businesswoman in the wool textile business in Tiverton. Eleanor Coade began in business as a linen draper in the City of London, using ‘Mrs’ as a courtesy title as was the custom for unmarried women of the day. After her father went bankrupt and died in 1769, she bought an artificial stone factory, and lived on the premises for the first several years. She developed her talent as a modeler, and exhibited several pieces each year between 1773 and 1780 at the Society of Artists. In her will, after making bequests to her family, she left much of her fortune to charity schools, clergy, and to some of her women friends, with the provision that their husbands would have no control over the funds. The Coade Stone, part of a mill in the factory, was placed under Westminster Bridge by the footpath to Royal Festival Hall, which now occupies the former site of Coade’s factory at “Narrow Wall,” and commemorates both Coade and her factory

1780 – William Hone born, English radical journalist, satirist and publisher of the Reformists’ Register, using it to criticize state abuses; his successful court battle against government censorship in 1817 is a turning point for British freedom of the press

1781 – Jack Jouett begins a 40-mile night ride to warn Governor of Virginia Thomas Jefferson and the Virginia legislature of an impending raid by British cavalry, led by Colonel Banastre Tarleton, in an attempt to capture them

1839 – The First Opium War is opened by the British after 1.2 million kg of opium are confiscated from British merchants and destroyed by Chinese official Lin Zexu 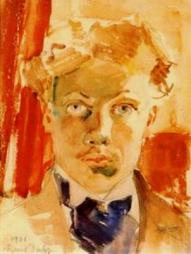 1879 – Alla Nazimova, Ukrainian-American actress, successful producer-screenwriter for Metro Pictures of several films, including adaptations of works by Oscar Wilde (Salomé) and Henrik Ibsen (A Doll’s House), developing her own filmmaking techniques; she is credited with the phrase ‘sewing circle’ as a discreet code for lesbianism, she had affairs with Actor-Theatre Producer Eva Le Gallienne, film director Dorothy Arzner, and novelist-playwright Mercedes de Acosta

Alla Nazimova takes a cigarette break, ignoring the “No Smoking”
sign on the set of her 1920 movie Madame Peacock

1889 – The first long-distance electric power transmission line in the United States is completed, running 14 miles (23 km) between a generator at Willamette Falls and downtown Portland, Oregon

1898 – Rosa Chacel born, well-known and controversial Spanish writer and feminist. She was the daughter of a teacher in Valladolid, a sickly child who was sent by her mother to live with her grandmother in Madrid in 1908. By 1909, she was enrolled in a school to study drawing, but briefly became interested in sculpture, until she abandoned art in 1918. She became a regular at cafes in Madrid where aspiring writers from all over Spain and Europe met, but was dismissed by most of the men because she was a vocal champion of women’s potential and a ‘new way to live’ for the Modern Woman. In 1921, she married Timoteo Perez Rubio, a well-known painter, and they moved to Rome after he received a scholarship to study at the Academia de España en Roma. In 1927, they returned to Madrid. She published her first novel, “Estacion, Ida y Vuelta” in 1930. When the Spanish Civil War broke out in 1936, her husband enlisted in the Republican Army, and Chacel became a nurse, but was soon forced to take their son, and move frequently to Barcelona, Valencia, and then to Paris. Meanwhile, her husband was  responsible for moving the treasures of the Museo del Prado to safety, during the siege Madrid (1936-1939). At the end of the war, the family was reunited, and went into exile in Brazil. In 1959, Chacel won a Guggenheim Fellowship, and went to New York, where she was finally able to resume writing (1959-1961).  She returned to Spain in 1961, but left to go back to Brazil (1963-1973), then once again went back to Spain. She flew back and forth between Madrid and Rio de Janiero until her husband died in Rio in 1977. Chacel wrote more novels, and began to receive recognition, including the Premio nacional de las letras españolas, in 1987, and the 1990 Premio Castilla y Leon de las letras

1900 – Adelaide Ames born, American astronomer and research assistant at Harvard; member of the American Astronomical Society; co-author of A Survey of the External Galaxies Brighter Than the Thirteenth Magnitude; killed in a boating accident in 1932 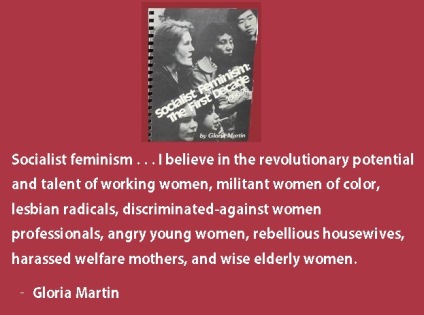 1926 – Allen Ginsberg born, leading American ‘Beat’ poet of the San Francisco Renaissance; when his famous long poem Howl was published in 1956 by City Lights, publisher Laurence Ferlinghetti and his partner Shigeyosi Murao were arrested on obscenity charges; after a long trial, “Howl” is ruled not obscene, opening the way for American publication of uncensored copies of Tropic of Cancer by Henry Miller and D.H. Lawrence’s Lady Chatterley’s Lover

1926 – Flora McDonald born, Canadian politician and humanitarian; one of the first women to vie for leadership of a major Canadian political party, the Progressive Conservatives; Minister of Communications (1986-1988); Minister of Employment and Immigration (1984-1986), dealing with the influx of Vietnamese refugees at the end of the Vietnam War; Member of Parliament (1972-1988); Canada’s first woman foreign minister, Secretary of State for External Affairs (1979-1980) – she authorized the issue of false passports and money to the American diplomats who took refuge in the Canadian Embassy in Tehran during the Iran hostage crisis, which enabled them to leave the country with the Canadian staff; in 1988, she became Chair of the Board of Canada’s International Development Research Centre (1992-1997); made Companion of the Order of Canada in 1998

1931 – The musical The Band Wagon opens on Broadway

1940 – The last of the British troops are evacuated from Dunkirk by a hastily assembled flotilla of some 800 small craft, from lifeboats to yachts; they return the next day for the remaining French troops acting as a rearguard, but are not able to rescue the last group of 40,000 Frenchmen in time – they must surrender to the Germans

1954 – At Saqqara, Egyptologist Muhannam Zakaria Goneim and his team find a sarcophagus carved from a single alabaster block, with only a sliding panel at one end, in the vault of Sakhemkhet’s step pyramid. It is the first intact royal burial discovered within a pyramid in Egypt

1959 – Imbi Paju born in Estonia, resident in Finland; journalist, writer and documentary filmmaker; correspondent for the Estonian newspapers Eesti Päevaleht and Postimees; wrote the book and made the film of Memories Denied, about her mother’s experiences in a Soviet labor camp, and the occupation of Estonia, which won international attention, and was selected for the Swedish school program Living History

1963 – Soldiers of the Army of the Republic of Vietnam attack protesting Buddhists in Huế, South Vietnam, with liquid chemicals from tear-gas grenades, worsening the Buddhist Crisis; 67 people are hospitalized for skin blistering and respiratory ailments

1972 – Sally Jane Priesand is the first woman ordained by a U.S. rabbinical seminary

1984 – The Golden Temple Massacre: a military offensive is launched by the Indian government at Harmandir Sahib, the Golden Temple, the holiest shrine for Sikhs, in Amritsar. The operation continues until June 6, with casualties, most of them civilians, in excess of 5,000

1992 – Mabo Day * –  In Mabo v. Queensland (No 2), a landmark decision by the High Court of Australia overturns the legal fiction of terra nullius (nobody’s land), used since since the 1770s. In international law, it describes territory which has never been subject to the sovereignty of any state, or over which any prior sovereign has expressly or implicitly relinquished sovereignty. Sovereignty over territory which is terra nullius may be acquired through occupation, unless doing so would violate an international law or treaty. When James Cook claimed Terra Australis for the British Crown in sovereignty and ownership as terra nullius, all the indigenous peoples of the continent became nobodies under British law. Eddie Koiki Mabo, a Torres Strait Islander, campaigned for indigenous land rights in a ten-year legal battle. Sadly, he died of cancer five months before the High Court announced its decision in his favor. He was posthumously awarded the Australian Human Rights Medal in 1992. Mabo Day is an official day in Torres Shire; efforts are ongoing to get the Australian Government to declare it a National Day

1992 – National Trails Day * is started by the American Hiking Society, to promote the benefits of trails, like hiking, birdwatching, and nature photography, and to thank the professionals and volunteers who develop and maintain them

2006 – Serbia and Montenegro split, when Montenegro declares its independence 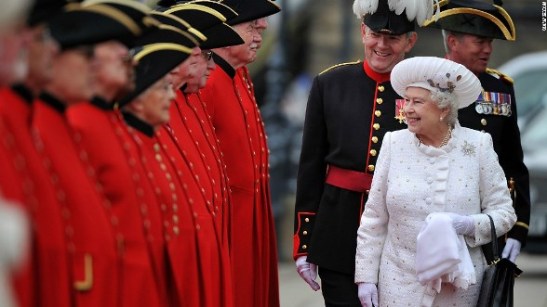 2016 – President Barack Obama commuted the sentences of 42 prisoners, almost half of them serving life sentences. Most of those pardoned had been convicted of non-violent drug-related offences

Nona Blyth Cloud has lived and worked in the Los Angeles area for the past 50 years, spending much of that time commuting on the 405 Freeway. After Hollywood failed to appreciate her genius for acting and directing, she began a second career managing non-profits, from which she has retired. Nona has now resumed writing whatever comes into her head, instead of reports and pleas for funding. She lives in a small house overrun by books with her wonderful husband.
View all posts by wordcloud9 →
This entry was posted in History, Holidays, On This Day and tagged Allen Ginsberg, Catherine Davani, Eleanor Coade, Flinders Petrie, Imbi Paju, Raoul Dufy, Rosa Chacel. Bookmark the permalink.
Loading Comments...
%d bloggers like this: