Republic of the Congo –
Reconciliation Day

671 – Emperor Tenji of Japan introduces a water clock (clepsydra) called Rokoku. The instrument, which measures time and indicates hours, is placed in the capital of Ōtsu

940 – Abu al-Wafa’ al-Buzjani born, Persian mathematician and astronomer; he made important innovations in spherical trigonometry, introduced secant and cosecant functions, and studied the interrelations between the six trigometric lines associated with an arc. Al-Buzjani’s work for businessmen contains the first known use of negative numbers in a medieval Islamic text

1190 – Third Crusade: Frederick I Barbarossa drowns in the river Saleph while leading an army to Jerusalem 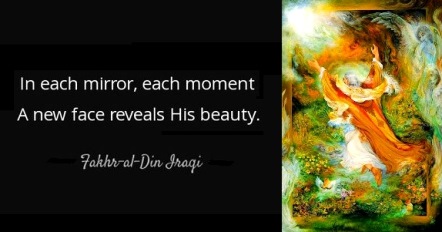 1523 – Frederick I, styled King of Denmark, the Vends and the Goths, is elected King of Norway; he surrounds Copenhagen with his army because the city won’t recognize him as the successor to Denmark’s Christian II, who was forced by nobles unhappy with his attempts at domestic reforms, to abdicate

1540 – Thomas Cromwell, chief minister to English King Henry VIII, is arrested, under a bill of attainder (which did not need to specify any crime); he got an Earldom for his role in securing Henry’s betrothal to Anne of Cleves, but Henry is bitterly disappointed by Anne’s appearance; the wedding takes place because he can’t afford to offend his German allies, but he swears it’s never consummated; as the threatening French-Imperial alliance begins to fall apart, he presses Cromwell to rid him of his undesirable bride; Anne goes along with the annulment in exchange for a handsome income and a household in England, so Henry’ wrath turns on Cromwell, perhaps for “deceiving” him about Anne, but officially for selling export licenses illegally, granting passports and commissions without royal knowledge, and that his base, ignoble birth – certainly well-known by the King right from Cromwell’s first appointment –  means he has usurped power and misused royal trust

1793 – Following arrests of Girondin leaders, the Jacobins gain control of the Committee of Public Safety, installing a revolutionary dictatorship, the de facto executive government of France during the Reign of Terror

1835 – Rebecca Latimer Felton born, American reformer, writer, lecturer and the widow and unofficial campaign manager of William Harrell Felton, U.S. Congressman (D-GA 1875-1881); first woman in the U.S. Senate, but she was appointed and only served for one day, sworn in on November 21, 1922; at age 87 years, 9 months and 22 days, she was also the oldest freshman senator, and to date, still the only woman to represent Georgia in the U.S. Senate; she was an advocate for prison reform, woman’s suffrage and educational modernization, but also a white supremacist, former slave owner, and spoke publicly in favor of lynching

1838 – Myall Creek massacre: Twenty-eight peaceful, unarmed Aboriginal Australians, mostly women, children and old men, are murdered by stockmen, a mix of convict laborers and former convicts; seven of the stockmen are executed for their crimes, but one is never tried, and the other four are let go; in only one previous case had a white killer of an Aborigine person been executed

General View of the Naval Academy, Annapolis, Maryland, wood engraving
after a drawing by William R. Miller,  from the Illustrated News, March 1853

1854 – Sarah Grand, born Frances Bellenden Clarke, Irish feminist author whose novels and other writings promote the ideal of the ‘New Woman’ who wants an education and the ability to be self-supporting, and one who will not stay in an oppressive marriage. Grand writes about the double standard, which condemns women for promiscuity that is tacitly accepted in men; as a student, she was expelled from the Royal Naval School in Twickenham for organizing protests against the Contagious Diseases Act, which persecuted prostitutes as infected women, as the sole cause of the spread of sexually transmitted diseases, subjecting them to indignities such as inspection of their genitals and enclosure in locked hospital wards

1869 – Frozen Texas beef shipped by steamship to New Orleans, the first recorded shipping of frozen food over a long distance

1895 – Hattie McDaniel born, American actress and singer-songwriter; best known for playing Mammy in Gone with the Wind, for which she became the first African American to win an Academy Award, for Best Supporting Actress. McDaniel was also the first black Oscar winner to appear on a U.S. postage stamp. She recorded blues sides between 1926 and 1929, was the first African American woman to sing on U.S. Radio, where she became a frequent performer. McDaniel was the best-known homeowner in the black West Adams neighborhood of Los Angeles, and became part of the 1945 ‘Sugar Hill’ lawsuit over the racial restriction covenant that was part of the development of West Adams Heights in 1902. Superior Judge Thurmond Clarke threw the case out of court: “It is time that members of the Negro race are accorded, without reservations or evasions, the full rights guaranteed them under the 14th Amendment to the Federal Constitution. Judges have been avoiding the real issue too long.”

1898 – U.S. Marines landing in Cuba during the Spanish-American War

1904 – Lin Huiyin born, also known as Phyllis Lin in the U.S., first modern woman Chinese architect, and also a well-regarded novelist, writer and poet; educated in England and the U.S., where she had to enroll in the University of Pennsylvania School of Fine Arts in 1924 because the School of Architecture didn’t admit women, she then took graduate courses in stage design at Yale. After returning to China, by 1928, she was co-founder and first faculty with her husband, architect Liang Sicheng, of the Architecture Department of Northeastern University in Shenyang. The University was forced to evacuate in 1931 when the Japanese invaded and took over its province. She and her husband then began doing surveys and restoration work on Beijing’s cultural heritage sites, but had to stop in 1937 and flee south before the invading Japanese. By 1940, Lin Huiyin was in exile with her husband and children in the old town of Lizhuang. While bedridden and suffering from tuberculosis, she was told in 1941 that her younger brother had been killed serving as a combat pilot. After 1949, they were both professors at Tsinghua University in Beijing; she was involved in the design of the Chinese national flag, the People’s Republic of China National Emblem, and the Monument to the People’s Heroes for Tiananmen Square, as well as the standardization of Beijing city planning. She died in 1955 of tuberculosis 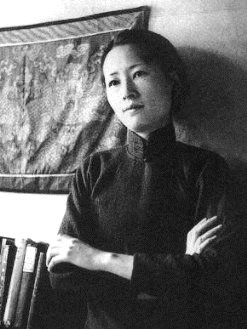 1916 – The Arab Revolt against the Ottoman Empire was declared by Hussein bin Ali, Sharif of Mecca

1916 – Peride Celal born, Turkish novelist, short story and prose writer; worked in the Press Office of the Turkish Embassy in Bern Switzerland during WWII, and at the governmental press and publishing agency after her return to Turkey; she was awarded the 1991 Orhan Kemal Novel Prize for Kurtlar (Wolves)

1924 – Eleven days after Socialist leader Giacomo Matteotti denounces the Fascists for committing fraud in the recent elections in a speech before the Italian Parliament, he is kidnapped and stabbed to death while attempting to escape. Five men, including Amerigo Dumin, a prominent member of the Fascist secret police, are arrested, but only three are convicted, and they are released under amnesty by King Victor Emmanuel III. In 1947, the case is re-opened, and three of the murderers are given life sentences

1925 – Nat Hentoff born, American historian, syndicated columnist, novelist, and music critic; columnist for The Village Voice (1958-2009) and for the Wall Street Journal, as well as a staff writer for The New Yorker; a civil libertarian (except for women of child-bearing age – he was anti-abortion rights) and outspoken defender of the freedom of the press; author of Free Speech for Me – But Not for Thee

1927 – Mizream Maseko born, South African artist who began as a house painter, but then began hand-painting designs on scarves, and later learned leather painting techniques and more traditional techniques of painting on canvas. He exhibited frequently with Artists Under the Sun, an artists’ group founded in 1960

1928 – Maurice Sendak born, American author-illustrator of children’s books; Where the Wild Things Are 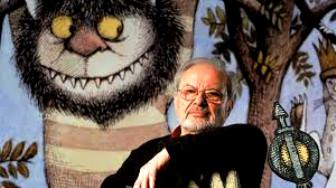 1930 – Aranka Siegal born, Czech author, and Holocaust survivor; her children’s book Upon the Head of the Goat, a 1982 Newbery Honor Book, and ALA Notable Children’s Book, is a memoir of her childhood in Hungary before she was sent to Nazi concentration camps during WWII 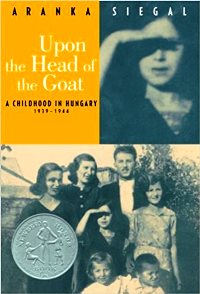 1938 – Vasanti N. Bhat-Nayak born, Indian mathematician known for Combinatorics and Graph Theory; was head of the University of Mumbai department of mathematics

1940 – U.S President Franklin Roosevelt decides the night before not to give his prepared commencement speech at the University of Virginia when he learns that Italy has declared war on Great Britain and France, instead speaking of Mussolini, declaring “the hand that held the dagger, has plunged it into the back of its neighbor.” The President said he had been willing to broker peace between the Italians and the Allies, to keep Italy neutral in WWII and prevent the spread of war to the Mediterranean 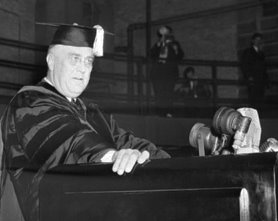 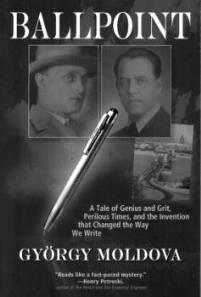 1953 – Christine St-Pierre born, French Canadian journalist and Quebec Liberal Party politician; current Member of the National Assembly of Quebec for Acadie, since 2007; journalist for Radio-Canada (1976-2007); served as Minister of Culture, Communications and Status of Women (2007-2014); Minister of International Relations and La Francophonie since 2014 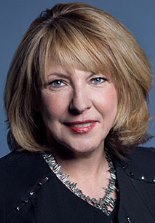 1963 – U.S. Equal Pay Act is signed into law by President Kennedy: “To prohibit discrimination on account of sex in the payment of wages by employers engaged in commerce or in the production of goods for commerce.”

1965 – Susanne Albers born, German theoretical computer scientist and academic; her research is primarily in design and analysis of algorithms; recipient of the Otto Hahn Medal and the Gottfried Wilhelm Leibniz Prize; in 2014, she was one of the ten inaugural fellows of the European Association for Theoretical Computer Science 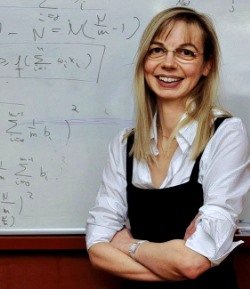 1976 – Esther Ouwehand born, Dutch Partij voor de Dieren (PvdD – Party for the Animals) politician; current Member of the House of Representatives of the Netherlands since elected in 2006, when PvdD became the first party to gain seats in a national legislative body with a party platform primarily devoted to animal rights 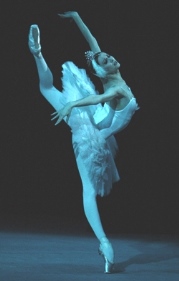 1980 – The African National Congress in South Africa calls for the release of imprisoned leader Nelson Mandela, who would not leave prison for another 10 years

1982 – Ana Lúcia Souza born in Brazil, naturalized American; ballet soloist with the Stuttgart Ballet and Les Ballets de Monte Carlo before moving to New York, where she studied film and theatre, and worked as a television producer and director. She is currently writing poetry, and making neon art installations

1990 – Miriam Makeba returns to South Africa after 31 years in exile. She was the first well-known black musician to leave the country because of apartheid. In retaliation, the government revoked her passport, and she was unable to enter the country for her mother’s funeral in 1960. Her music was banned in South Africa after she testified about apartheid at the United Nations in 1963

2016 – The Republican majority in the U.S. House of Representatives ordered the Library of Congress to continue using the term illegal alien instead of the library’s proposed term, noncitizen, which House Democrats hailed as a positive step on the grounds that illegal alien had “become perjorative”

Nona Blyth Cloud has lived and worked in the Los Angeles area for the past 50 years, spending much of that time commuting on the 405 Freeway. After Hollywood failed to appreciate her genius for acting and directing, she began a second career managing non-profits, from which she has retired. Nona has now resumed writing whatever comes into her head, instead of reports and pleas for funding. She lives in a small house overrun by books with her wonderful husband.
View all posts by wordcloud9 →
This entry was posted in History, Holidays, On This Day and tagged Fakhr al-Dīn Ibrahīm ‘Irāqī, Giacomo Matteotti, Hattie McDaniel, Lin Huiyin, Miriam Makeba, Mizream Maseko, Peride Celal. Bookmark the permalink.
%d bloggers like this: