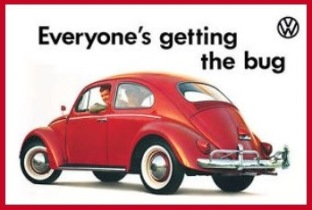 Belarus – Remembrance of Victims of the
Great Patriotic War Day

662: Ruizong (personal name Li Dan) born, last Chinese emperor of the Tang Dynasty; he cedes the imperial throne to his mother Wu Zeitan in 690, who installs herself as empress regnant – the only woman in Chinese history ever to rule as empress regnant

1342 – Journey’s End Day * – by Shire Reckoning, Bilbo Baggins returns to his home at Bag End in J.R.R. Tolkein’s The Hobbit 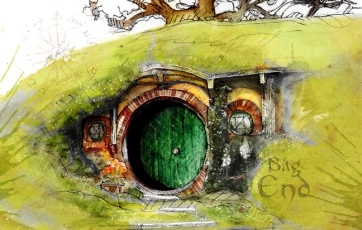 1427 – Lucrezia Tornabuoni born, Italian political advisor to her husband Piero Cosimo de’ Medici and her son, Lorenzo ‘the Magnificent,’ during their de facto rule of Florence and the Florentine Republic; supported convents, widows and orphans, and was a patron of the arts, especially poets; author of religious stories, plays and poetry

1633 – The Holy Office in Rome forces Galileo Galilei to recant his view that the Sun, not the Earth, is the center of the Universe, after heated controversy

1815 – Napoleon Bonaparte abdicates for the second and last time

1856 – H. Rider Haggard born, English novelist of adventure stories, notably King Solomon’s Mines and She; also involved in agricultural reform as a commissioner on land use boards, his efforts contributed to passage of the 1909 Development Bill

1870 – U.S Congress votes on formation of the Department of Justice; much of the department’s time in its early years is spent prosecuting Ku Klux Klan members

1871 – William McDougall born in England, American psychologist noted for his work in developing theories on instinct and on social psychology; opponent of behaviorism

1897 – In South Africa, electricity comes to the city of Durban when the mayor, Mrs. George Payne, pulls a switch, and parts of the town are bathed in light

1906 – Anne Morrow Lindbergh born, American author of fiction and non-fiction; noted for Gift from the Sea; married to aviator Charles Lindbergh; in 1930, she became the first American woman to earn a first-class glider pilot’s license.  From the mid-1930s up until Pearl Harbor, the Lindberghs both advocated American isolationism and made some pro-Hitler statements which tarnished their images. Anne Lindbergh began to redeem herself through her writing in the 1950s, especially with the publication of Gift from the Sea in 1955, which became a national bestseller

1914 – Mei Zhi born, Chinese author and essayist; joined the League of Left-Wing Writers in Shanghai in 1932; she and her husband Hu Fen were arrested in 1955 for “counter-revolutionary activities” – her “crime” was that she had transcribed one of her husband’s books. She was in prison until 1961 when her mother died. Her husband wasn’t released in 1965, and they both remained under surveillance by the Public Security Department. At the beginning of the Cultural Revolution in 1966, they were sent to a prison camp that produced tea. Hu was imprisoned, fell ill, and she was taken to the prison to nurse him. In 1979, Mei was “rehabilitated” and then given permission to take Hu to Beijing for treatment of his increasing mental illness, where he died in 1985.  She wrote memoirs of his imprisonment,  and published collections of children’s stories. She joined the China Writer’s Association in 1982, which offered some protection of writer’s rights, but also enforced acceptable literary norms

1918 – Dame Cicely Saunders born, English nurse, social worker, physician and writer; notable for her major role in the birth of the Hospice movement, highlighting palliative care, especially pain management; founded a charity to promote research in improving the care and treatment of patients with progressive illnesses 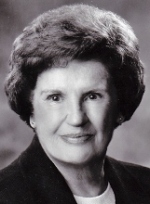 1939 – Ada E. Yonath born, Israeli scientist and crystallographer; pioneering work on structure of the ribosome was rewarded by a 2009 Nobel Prize for Chemistry shared with Venkatraman Ramakrishnan and Thomas A. Steitz ; director of Center for Biomolecular Structure at the Weizmann Institute of Science 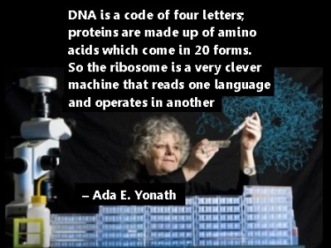 1940 – WWII: Eight days after Hitler’s forces overrun Paris, a French delegation at Compiègne signs an armistice treaty with the Nazis 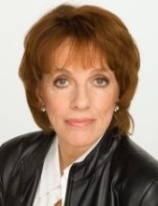 1941 – Terttu Savola born, Finnish Politician, chair of the For the Poor party; member of the city council of Espoo (since 2008), becoming her party’s first member to win a council seat.  She is the ambassador for human rights and children’s rights in the Finnish UN alliance, and a lecturer for the Finnish Refuge Help Association.  Savola is also the editor of the Plari newspaper published by the Southern Ostrobothnians (a regional group) in Helsinki

1946 – Sheila Hollins, Baroness Hollins, British professor of psychiatry of learning disability; President of the Royal College of Psychiatrists (2005-2008);crossbench Life Peer in the House of Lords since 2010; President of the British Medical Association (2012-2013) 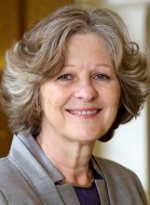 1949 – Elizabeth Warren born, American Democratic politician; U.S Senator from Massachusetts since 2013; FDIC Advisory Committee on Economic Inclusion (2006-2010); Law School professor whose research and analysis established her expertise in bankruptcy and commercial law; among other universities, she taught at Harvard Law School (1992 and 1995-2011)

1953 – Cyndi Lauper born, American singer-songwriter and LGBTQ activist; in 2012, she started True Colors United because up to 40% of American youth who identify as LGBT end up homeless. Her organization works to end youth homelessness. The True Colors Residence in New York City offers temporary shelter and job placement assistance

1955 – Christine Orengo born, British Professor of Bioinformatics at University College London; known for her work on protein structure, particularly the CATH (Protein Structure Classification) database. Orengo received a Chemical Physics degree at the University of Bristol, then went on to study Medical Physics, and was awarded a Master of Science degree (1977) for research on the disruption of iron metabolism in laboratory rats with Yoshida sarcomas. She earned a PhD (1984) for research on the redox (a rare chemical reaction) properties of ions in proteins. She worked as a researcher at the National Institute  for Medical Research until 1990. She joined the Department of Biochemistry and Molecular Biology at University College London in 1995, and was awarded a Medical Research Council (MRC) Senior Fellowship in Bioinformatics. She was promoted to Professor of Bioinformatics in 2002 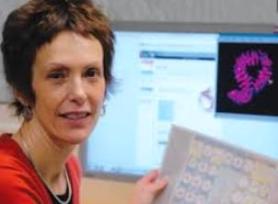 1964 – Amy Brenneman born, American actress, writer and producer; best known for playing the title role in the television drama Judging Amy (1999=-2005). She is pro-choice, and was one of the 5,000 who signed  the “We Had Abortions” petition in the October 2006 issue of Ms. Magazine. She is also a strong supporter of more restrictive gun laws, hosting the 2009 Target for a Safe America gala in Los Angeles for the Brady Center to Prevent Gun Violence

1968 – Miri Yu born in Yokohama, Zainichi Korean playwright, novelist and essayist. Zainichi Koreans are Korean naturalized citizens of Japan who immigrated to Japan before 1945, or are the descendants of those immigrants. She writes in Japanese, her native language, but is a citizen of South Korea 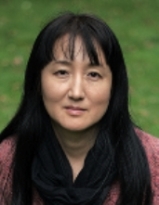 1974 – Jo Cox born, British Labour Member of Parliament (2015-2016); assassinated on June 16, 2016, shot and stabbed to death by a far-right extremist as she was arriving for a meeting with constituents. Cox was a supporter of aid to refugees from war in the Middle East, a campaigner for resolution of the Syrian Civil War, and an advocate for Britain to remain in the European Union. She worked for Oxfam (2001-2015) rising to head of policy and advocacy at Oxfam GB

1987 – The International Labour Organisation (ILO), at its annual conference in Geneva, calls for international sanctions against South African minerals

1995 – Worldwide VW Beetle Day * is launched, commemorating the contract signed on this day in 1934 between the German Automobilistic Industry National Association and Dr. Ferdinand Porsche for a prototype “people’s car” to be submitted within 10 months of the contract signing, the genesis of the world’s best-selling car

2011 – President Barack Obama announces he will pull home 33,000 troops from Afghanistan by the following summer

2015 – South Carolina Governor Nikki Haley calls for removal of the Confederate flag from statehouse grounds after the hate-crime murders by a white supremacist of nine African American members of the Emanuel African Methodist Episcopal Church in downtown Charleston, during a prayer meeting. Among the dead was the senior pastor, state Senator Clementa C. Pickney

Nona Blyth Cloud has lived and worked in the Los Angeles area for the past 50 years, spending much of that time commuting on the 405 Freeway. After Hollywood failed to appreciate her genius for acting and directing, she began a second career managing non-profits, from which she has retired. Nona has now resumed writing whatever comes into her head, instead of reports and pleas for funding. She lives in a small house overrun by books with her wonderful husband.
View all posts by wordcloud9 →
This entry was posted in History, Holidays, On This Day and tagged Ada E. Yonath, Giuseppe Mazzini, H. Rider Haggard, Joseph Papp, Katherine Dunham, Mei Zhi, Octavia E. Butler. Bookmark the permalink.
%d bloggers like this: