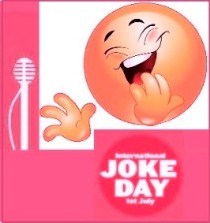 552 – Battle of Taginae: Byzantine forces under General Narses break the power of the Ostrogoths in Italy, and King Totila of the Ostrogoths is killed; the Eastern Roman Empire gains control of Italy, which will end soon after the death of Justinian I in 565 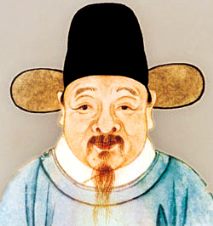 1523 – Augustinian monks Johann Esch and Heinrich Voes, after publicly professing Lutheran doctrine, become the first Lutheran martyrs, burned at the stake by the Roman Catholic Council of Brabant in Brussels. Martin Luther wrote his hymn “Ein neues Lied wir heben an” (“A new song we raise,” usually called “Fling to the Heedless Winds” in English) after hearing of their deaths

1643 – First meeting of the Westminster Assembly, a council of theologians (“divines”) and members of the Parliament of England appointed to restructure the Church of England, at Westminster Abbey in London 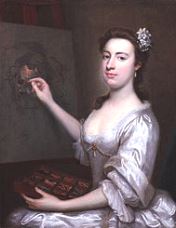 1766 – François-Jean de la Barre, a 20-year-old French chevalier (knight), is
tortured and beheaded before his body is burnt on a pyre, with a copy of  Voltaire’s Dictionnaire philosophique nailed to his torso, for not saluting a
Roman Catholic religious procession, singing impious songs, mocking the
sacraments, and possessing prohibited books, in Abbeville, France 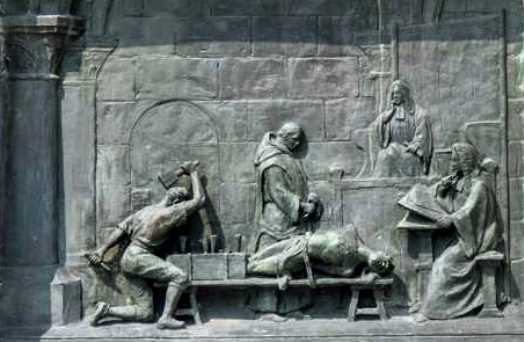 1826 – Ellen Clark Sargent born, American woman suffragist and good friend of Susan B. Anthony, who moved across the country to California in 1852, and established the Nevada County Women’s Suffrage Association, the first in the state. Her husband, Aaron Sargent, elected as a U.S. Senator (R-CA, 1873-1879) was the first Senator to speak for women’s suffrage on the Senate floor, and introduced in 1878 the bill with the twenty-nine words that would become the 19th Amendment, a bill that would be introduced unsuccessfully in every Senate session for the next 40 years. Clark Sargent was a founder of the Century Club, which helped elect women to local school boards, and she served on the boards of the California Equal Suffrage Association and the National American Woman Suffrage Association. Ellen Clark Sargent worked tirelessly for women’s rights, and was the first president of the California Woman Suffrage Association. She died just days after a hard-fought CWSA campaign triumphantly won the vote for California women in 1911. On the day of her memorial service, for the first time in the state, flags were flown at half mast for a woman. 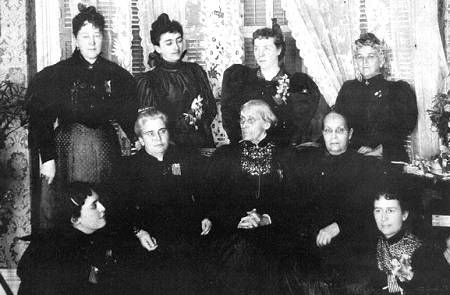 1837 – Mandatory civil registration of births, marriages, and deaths in England and Wales is established. Initially the onus lies on registrars to discover and record events, so parents only had to supply information if and when asked. In 1875, the Births and Deaths Act came into force, whereby those present at a birth or death were required to report the event

1850 – Florence Earle Coates born, American poet whose work appeared regularly in many of the major periodicals of her day; several poems were also set to music by composers Amy Beach, Clayton Johns and Charles Gilbert Spross. Matthew Arnold met her on a lecture tour of America, and encouraged her to write, becoming a long-time friend and mentor. In 1886, she was a founder of the Contemporary Club in Philadelphia, and was twice president of Philadelphia’s Browning Society (1895-1903 and 1907-1908); published several poetry collections, including Lyrics of Life and The Unconquered Air 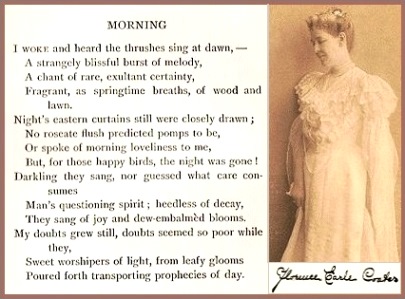 1858 – Velma Caldwell Melville born, American editor, poet, sketch and serial writer; she was editor of the Home Circle and Youths’ Department of the Practical Farmer, and of the Hearth and Home Department of the Wisconsin Farmer; noted for her intensely patriotic writing, and for her book, White Dandy, Or Master And I; A Horse’s Story, which was a variation on the more famous Black Beauty 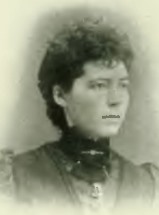 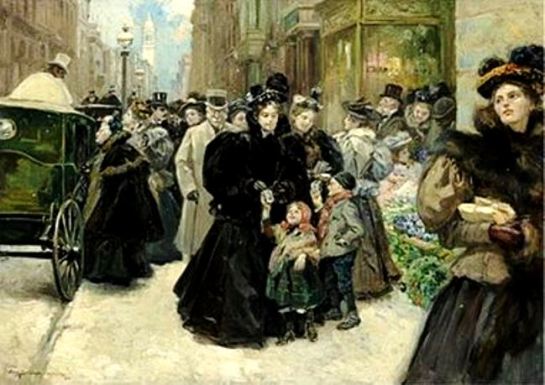 1863 – First day of the Battle of Gettysburg, in Pennsylvania, the largest military conflict in U.S soil; the day’s end the Union holds the heights, and reinforcements begin arriving 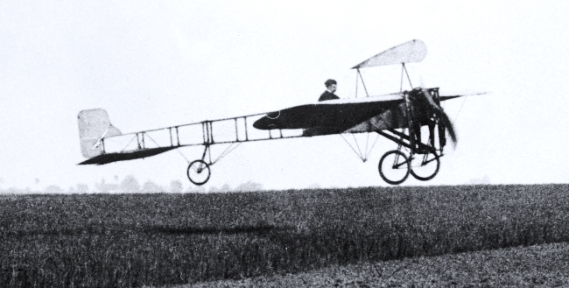 1873 – Alice Guy-Blaché born, French filmmaker, pioneer in early cinema and narrative fiction films, one of the first women directors; founder and director of Solax Studios; her film A Fool and His Money, made in 1912, had an all-black cast

1885 – Dorothea Mackellar born, Australian author and poet; best-known for her poem “My Country” 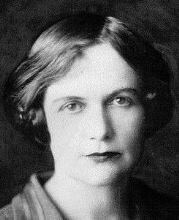 1887 – Amber Reeves born, New Zealand- born British author, socialist and feminist; chose getting an education at Cambridge over a Court Presentation as a debutante; wrote four novels and four works of non-fiction with socialist and feminist themes; member of the Labour Party, and edited Womens Leader, a party publication

1893 – Walter White born, civil rights activist; joined the National Association for the Advancement of Colored People (NAACP) in 1918, and became its chief investigator of lynchings, because his blue eyes and light hair, paired with his Southern accent, enabled him to get answers when he questioned politicians and suspected lynchers; the information he uncovered was then broadcast by the NAACP, which influenced public opinion against lynchings. White served as head of NAACP for over 20 years 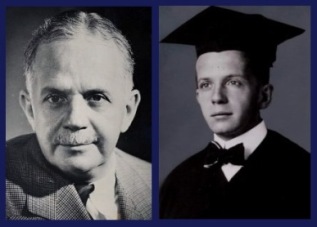 Walter White circa 1950 and as a college graduate

1901 – Irna Phillips born, American scriptwriter, casting agent and actress, dubbed the “Queen of the Soaps” for creating, producing and writing several of the first daytime radio and television soap operas, including radio’s Woman in White, and TV’s Guiding Light, As the World Turns and Another World; mentor to Agnes Nixon and William J. Bell, also pioneers in daytime television 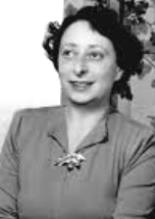 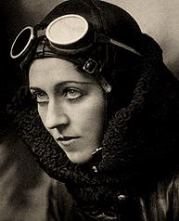 1906 – Estée Lauder born, American businesswoman, co-founder of Estée Lauder Companies; one of Time magazine’s 20 most influential business geniuses of 1998; honored with the Presidential Medal of Freedom 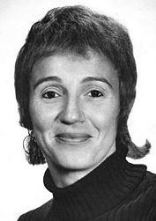 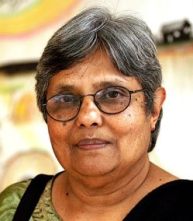 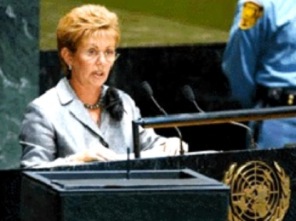 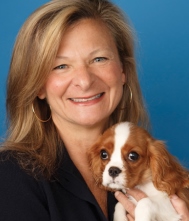 1969 – Britain’s Prince Charles invested as the Prince of Wales 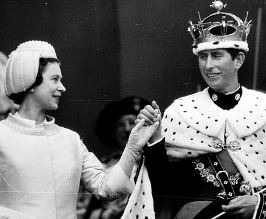 Queen Elizabeth I with Charles, the new Prince of Wales

1987 – President Ronald Reagan nominates federal appeals court judge Robert H. Bork to the Supreme Court, but he is rejected by the Senate; Anthony Kennedy is eventually approved to take the vacant seat

1987 – The Grateful Dead release their album In The Dark

1991 – President George H.W. Bush nominates federal appeals court judge and accused sexual harasser Clarence Thomas to the Supreme Court; he is confirmed by 52-48 vote, the narrowest approval margin in more than a century 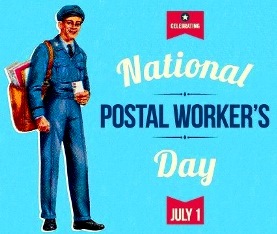 2000 – Vermont’s civil unions law goes into effect, granting same-sex couples most of the rights, benefits and responsibilities of marriage 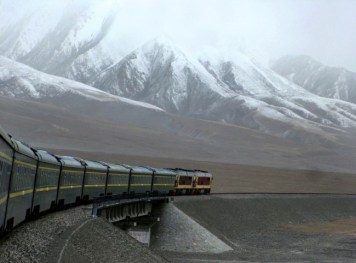 2013 – Croatia becomes the 28th member of the European Union 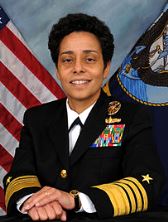 Nona Blyth Cloud has lived and worked in the Los Angeles area for over 50 years, spending much of that time commuting on the 405 Freeway. After Hollywood failed to appreciate her genius for acting and directing, she began a second career managing non-profits, from which she has retired. Nona has now resumed writing whatever comes into her head, instead of reports and pleas for funding. She lives in a small house overrun by books with her wonderful husband.
View all posts by wordcloud9 →
This entry was posted in History, Holidays, On This Day and tagged Alfred Russel Wallace, Amber Reeves, Ela Gandhi, Ellen Clark Sargent, Louis Bleriot, Mary Steichen Calderone, Walter White. Bookmark the permalink.
Loading Comments...
%d bloggers like this: