Give Something Away Day

Celebration of the Horse Day

Brunei – His Majesty the Sultan’s Birthday

756 – In the middle of the An Lushan Rebellion, Emperor Xuanzong of the Tang Dynasty is given an ultimatum by his Imperial Guards: execute chancellor Yang Guozhong by forcing him to commit suicide, or face a mutiny

1099 – The First Crusade: Christian soldiers take Jerusalem, ending a siege which began on June 7, 1009. Thousands of the Muslim and Jewish inhabitants of Jerusalem were massacred, crusaders saying that they had been ankle-deep in blood during the slaughter

1273 – Ewosṭatewos born, also called Saint Eusthathius of Ethiopia, a monk who was important religious leader of the Orthodox Tewahedo, the predominant Orthodox Christian denomination in Ethiopia during the early period of the Solomonic dynasty (1270-1974). Known as a forceful advocate for the observation of the Sabbath in Christianity

1613 – Gu Yanwu born, Chinese philologist and geographer. His approach to Old Chinese, dividing its words into 10 rhyme groups, had a major influence on later Confucian scholars. He also spent several years traveling throughout China while continuing his studies. His scholarly works include Yinxue Wushu, Ri Zhi Lu (a record of his daily studies), and Zhao Yh Zhi

1793 – Almira Hart Lincoln Phelps born, American educator, editor and author, primarily wrote about nature, but also published novels, essays, a memoir, and several science textbooks on botany, chemistry and geology.  She had more access to education than most girls of her era, and began teaching at the age of 16.  She opened a boarding school for young women in her home, then become the principle of a school in Sandy Hill, NY. At the age of 24, she married Simeon Lincoln, and left her career to become a homemaker and the mother of three children, but returned to education after her husband’s untimely death in 1823, as a teacher and vice-principal at the Troy Female Seminary in Troy, NY. The school’s principal was her sister, Emma Hart Willard. She added to her knowledge of botany, and published her most notable textbook, Familiar Lectures on Botany, in 1829. It went through 17 editions and sold over 275,000 copies by 1872.  She married her second husband, John Phelps, in 1831, and left teaching, but continued to write, including textbooks on chemistry, natural philosophy, and education. She and her husband started a school in Rahway, New Jersey in 1839, but closed it in 1841 when she was interviewed and then hired to run the Patapsco Female Institute in Maryland, where she served as principle and teacher until her retirement in 1856.  She became the third woman elected as a member of the American Association for the Advancement of Science, and continued to write, lecture and revise her textbooks until her death, on her 91st birthday, July 15, 1884 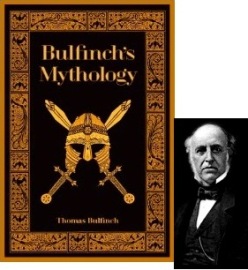 1779 – Clement Moore born, author, Greek literature and theology professor, most remembered for his Christmas poem, “A Visit from St. Nicholas”

1799 – Pierre-François Bouchard, a French soldier with Napoleon’s campaign in Egypt,  finds a granodiorite stele inscribed with a decree repeated in both hieroglyphic and demotic Ancient Egyptian, and in Ancient Greek, in Rosetta, Egypt. Known as the Rosetta Stone, it was captured by the British when they defeated Napoleon, and taken to British Museum in London. The Greek text was fully translated by 1803, but the transliteration of the Egyptian inscriptions were still puzzling until Jean-François Champollion made a break-through in 1822

1858 – Emmeline Pankhurst born, militant British Woman’s Suffrage leader; she was a founding member of the Women’s Franchise League in 1889, which secured the vote for some married women in local elections, after the 1894 Local Government Act had given some single women the vote in municipal elections. She went on to found the Women’s Social and Political Union, an all-women suffrage organization with the motto, “deeds, not words.” As opposition in Parliament remained intractable, WSPU tactics became increasingly physical; members smashed windows and hit police officers. When arrested and jailed, they went on hunger strikes to secure better conditions, and were brutally force-fed. There was a split in the group when some members began using arson as a weapon, including a rift between Pankhurst and her two younger daughters, which was never healed. Pankhurst and her eldest daughter continued on, but called a halt to all militant suffrage tactics with the advent of WWI, and urged women to aid industrial production and support the government. But when the war ended, the 1918 Representation of the People Act granted the vote to all men over the age of 21, and to women over 30, if they also met other requirements not applied to the men. There had been so many men lost in the war that universal enfranchisement of women would have made them the majority of voters. Pankhurst turned the WSPU into the Women’s Party, and continued the fight. She died on June 14 1928, just weeks before the Conservative government’s Representation of the People Act (1928) extended the vote to all women over 21 years of age on July 2 1928. 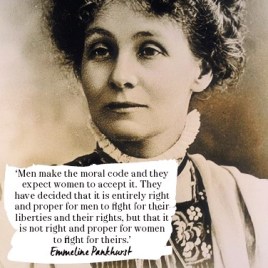 1904 – First Buddhist temple in the U.S. established in Los Angeles

1905 – Dorothy Fields born, American librettist and lyricist; wrote over 400 songs for Broadway musicals and Hollywood films, including “The Way You Look Tonight,” “A Fine Romance,” “On the Sunny Side of the Street,” and “I’m in the Mood for Love”

1918 – Brenda Milner born in England, British-Canadian pioneer in clinical neuropsychology, and the study of memory — her research showed that the hippocampus had a role in forming memories, a fundamental discovery in neuroscience that has seeded entire fields of research. Professor in the Department of Neurology and Neurosurgery at McGill University, and a professor of Psychology at the Montreal Neurological Institute; explored interaction between the brain’s left and right hemispheres; honored with the 2009 Balzan Prize for Cognitive Neuroscience. Today, she turns 101 years old 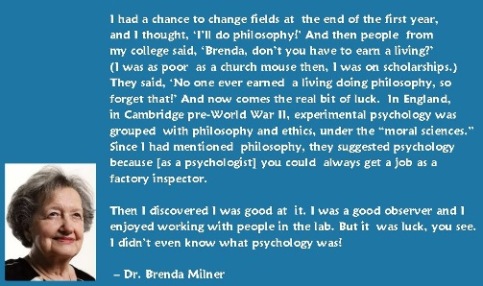 1919 – Iris Murdoch born in Ireland, British novelist and philosopher; awarded the 1978 Booker Prize for her novel The Sea, the Sea, and the 1997 Golden PEN Award for her body of work

1924 – Marianne Bernadotte, Countess of Wisborg, born as Gullan Marianne Lindberg; the Swedish actress who married the former Swedish prince Sigvard Bernadotte in 1961, the younger son of the King Gustav VI Adolf of Sweden. Noted for her philanthropy, she has been deeply involved in health and physical handicap-related charitable work, and as a patron of the arts, including championing and contributing funding for the Swedish Permobil electric wheelchair, now used by thousands of  people with mobility problems. She also joined in launching an academy to coordinate and help fund international dyslexia research. She is the Honorary Chair of the Swedish Dyslexia Foundation. She raised funds for a children’s eye care center in Stockholm, and with her husband, founded the Sigvard & Marianne Bernadotte Research Foundation for Children’s Eye Care to support it

1927 – Carmen Zapata born of Mexican and Argentinian parents, American actress and activist; co-founder of the Screen Actors Guild Ethnic Minority Committee in 1972, and co-founder/first president/producer-director of the Bilingual Foundation for the Arts (BFA) in 1973, which produces plays in English and Spanish; also noted for her role on PBS bilingual children’s program Villa Alegre. She died in 2014 at the age of 86 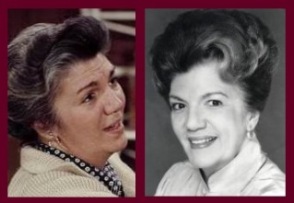 1938 – Carmen Callil born, Australian publisher, writer and critic; notable as founder of Virago Press in 1973, which published women authors, and as creator of Virago’s Modern Classics list, which brought back into print the best “forgotten” women authors of the past; elected a Fellow of the Royal Society of Literature in 2010, and honoured with their Benson Medal in 2017

1942 – Vivian Malone Jones born, one of the first two black students to enroll at the University of Alabama in 1963, and the university’s first black graduate. She worked as a research analyst for the civil rights division of the U.S. Department of Justice; after she earned a Master’s degree in Public Administration, she worked as an employee relations specialist at the central office of the U.S. Veteran’s Administration. Jones was appointed as Executive Director of the Voter Education Project, then Director of Civil Rights and Urban Affairs, and was Director of Environmental Justice for the Environmental Protection Agency (EPA) until her retirement in 1996

1943 – Jocelyn Bell Burnell born, Northern Irish astrophysicist who discovered the first four radio pulsars in 1967, when she was still a research student. She was excluded from the 1974 Nobel Prize in Physics, which was given for the discovery to her thesis supervisor Antony Hewish and radio astronomer Martin Ryle. Ryles’ work on aperture-synthesis technique and Hewish’s decisive role in the discovery of pulsars were cited in the Royal Swedish Academy of Sciences’ press release announcing the award. Several prominent astronomers criticized her omission. She became the project manager for the James Clerk Maxwell Telescope in Mauna Kea, Hawaii in 1986; President of the Royal Astronomical Society (2002-2004); Visiting Professor of Astrophysics at Oxford, a Fellow of Mansfield College; President of the Institute of Physics (2008-2010). In 2018, her appointment as Chancellor of the University of Dundee was announced. She is a long-time campaigner for increasing the number and status of women in the fields of astronomy and physics

1950 – Arianna Huffington born in Greece, Greek-American author and syndicated columnist; co-founder and editor-in-chief of The Huffington Post, which was acquired by AOL in 2011 for $315 million USD. She remained as President of the Huffington Post Media Group until 2016, when she left to start Thrive Global 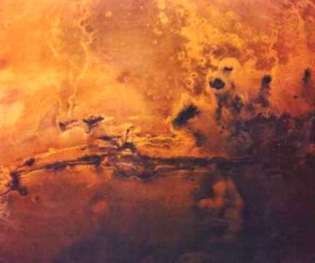 1971 – U.S. President Richard Nixon announces he will visit the People’s Republic of China

1976 – South African Minister of Justice Jimmy Kruger announces that the provisions of the Internal Security Act, allowing for the unlimited detention without trial of persons deemed to be threatening public order, will apply in the Transvaal Province with immediate effect for one year. All public gatherings are banned and schools in Soweto and other riot areas will remain closed

1997 – Donatella Versace launches her first couture collection for her brother’s Versace label, a year after his murder

2009 – The movie Harry Potter and the Half-Blood Prince opens in U.S. theaters

2010 – Same-sex marriage is legalized in Argentina

2016 – Video made public of an interaction between several Savannah, Georgia police officers and a 24-year-old African-American man, Patrick Mumford, shows just 38 seconds elapsed from the beginning of the encounter to one officer saying to another, “All right, tase him!” As the police soon realized, Mumford was not the man they were looking for, was not armed, and had no outstanding warrants for his arrest. A charge of misdemeanor obstruction against Mumford was dismissed. On September 1, 2016, the Savannah City Council voted to approve a $100,000 settlement with Mumford, since the police did not follow procedure, as they never asked Mumford for his identification, which would have proved that he was not the man they wanted 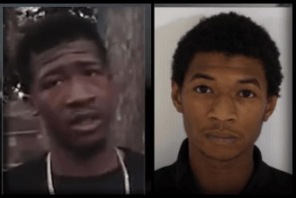 Patrick Mumford (left) and the man police mistook him for

Nona Blyth Cloud has lived and worked in the Los Angeles area for the past 50 years, spending much of that time commuting on the 405 Freeway. After Hollywood failed to appreciate her genius for acting and directing, she began a second career managing non-profits, from which she has retired. Nona has now resumed writing whatever comes into her head, instead of reports and pleas for funding. She lives in a small house overrun by books with her wonderful husband.
View all posts by wordcloud9 →
This entry was posted in History, Holidays, On This Day and tagged Carmen Callil, Carmen Zapata, Emmeline Pankhurst, Enrique Soro, Gu Yanwu, Jocelyn Bell Burnell, Rembrandt Van Rijn. Bookmark the permalink.
Loading Comments...
Comment
×
%d bloggers like this: