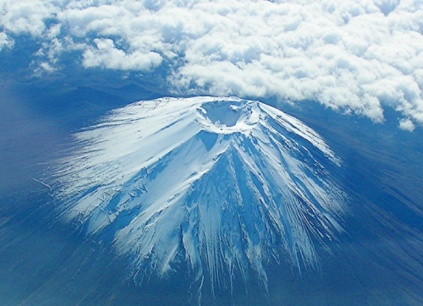 1703 – Daniel Defoe, in pillory for a ‘seditious’ pamphlet, is pelted by the crowd – with flowers

1777 – The Marquis de Lafayette, a 19-year-old French nobleman, is made a major-general in the American Continental Army

1790 – The first U.S. patent is issued to Samuel Hopkins for a potash process; it is signed by President George Washington, Attorney General Edmund Randolph, and Secretary of State Thomas Jefferson

1792 – Cornerstone for the U.S. Mint laid in Philadelphia PA 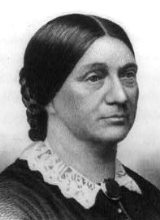 1816 – Lydia Moss Bradley born, American businesswoman and philanthropist, managed her own fortune after her husband’s death, successful in real estate, first woman member of a national banking board; endowed the Bradley Polytechnic Institute: first American woman known to draw up a prenuptial agreement to protect her assets 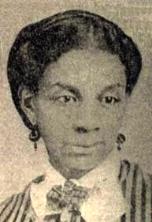 1845 – French Army adds the saxophone, invented by Adolphe Sax, to its military band

Early saxophone made by Adolphe Sax

1856 – Christchurch, New Zealand, is chartered as a city

1858 – Marion Talbot born; when she had difficulty gaining admission to Boston University in spite of her father being the dean of its School of Medicine, she became a tenacious supporter of higher learning for women, and campaigned against efforts to restrict equal educational opportunities; Dean of Women at the University of Chicago (1895-1925); established the first Midwestern regional meetings of college deans in 1902, and then Midwestern regional meetings for deans of women, beginning in 1911; co-founder of what became the American Association of University Women, and served as the organization’s president (1895-1897)

1860 – Mary Vaux Walcott born, American painter and naturalist, known for her watercolors of wildflowers, president of the Society of Women Geographers; her illustrations often published by the Smithsonian

1904 – Davis Dresser born in Chicago, American author who grew up mostly in Texas. As a boy he lost an eye after running into some barbed wire.  A high school dropout, he became an author later in life, writing novels under several pen names; noted for originating the Michael Shayne mystery series under the pen name Brett Halliday, which he later commissioned others to write under the same pen name

1912 – Milton Friedman born, American economist; head cheerleader for Capitalism; recipient of the 1976 Nobel Memorial Prize in Economic Sciences for his research on consumption analysis,  monetary history and theory, and the complexity of stabilization policy; awarded the National Medal of Science in 1988; author of Capitalism and Freedom

1913 – The Balkan States sign an armistice in Bucharest, ending the first Balkan War

1914 – The New York Stock Exchange closes at the outbreak of WWI; trading doesn’t resume until December

1919 – Primo Levi born, Italian chemist and author whose writings drew on his experiences as an Auschwitz survivor

1923 – Ahmet Ertegun born in Turkey, co-founder and president of Atlantic Records, who discovered many rhythm and blues and rock musicians, and fostered their careers; his father was a Turkish diplomat who served as the Turkish Ambassador to the U.S. (1934-1944); while in Washington DC, young Ahmet and his older brother frequently went to the city’s black district see top acts like Duke Ellington, Cab Calloway, Billie Holiday and Louis Armstrong; when his father died, he was taking graduate courses at Georgetown University. The rest of their family moved back to Turkey, but he and his brother decided to stay in America

1923 – Stephanie Kwolek born, American chemist; shortly after she earned a bachelor’s degree in chemistry, she went to work at the Dupont textile fibers department, where her career lasted over forty years. She never pursued a PhD. She is best known as the inventor of Kevlar, for which she was awarded the company’s Lavoisier Medal for outstanding technical achievement, the first woman employee to receive this honor; also won numerous awards for her work in polymer chemistry, including the National Medal of Technology, and the Perkin Medal, given by the Society of Chemical Industry “for innovation in applied chemistry resulting in outstanding commercial development.” Kwolek was the fourth woman to be inducted into the National Inventors Hall of Fame

1929 – Lynne Reid Banks born, British author, known for books for both children and adults; The Indian in the Cupboard and The L-Shaped Room

1944 – Sherry Lansing born, American film studio executive; she went from mathematics teacher to actress (in two films) to head script reader at MGM; worked on The China Syndrome and Kramer vs. Kramer; moved to Columbia Pictures; partner with Stanley R. Jaffe in 1979 in Jaffe/Lansing Productions; in 1980, appointed as the first woman president of 20th Century Fox; in 1992, she became chair of Paramount Pictures Motion Picture Group, but left in 2004 when Viacom, after taking over Paramount, decided to split the company into two parts

1954 – First ascent of K2, by an Italian expedition led by Ardito Desio

1958 – Suzanne Giraud born, French contemporary music composer and academic; recipient of the Prix Georges Enesco, and the Prix Georges Bizet; her work is often inspired by poetry, paintings, or architecture

1964 –JPL conference displays the first of space probe Ranger 7’s transmissions of 4,000 pictures of the moon’s surface, hundreds of times clearer than any views through earth-bound telescopes

1965 – J.K. Rowling born as Joanne Rowling, British author of the best-selling book series in publishing history, the Harry Potter fantasy series; film and television producer; and philanthropist; in 1990, she was a researcher and bilingual secretary for Amnesty International, and the Harry Potterconcept was born while she was stuck on a train which was delayed for four hours; during the next seven years, she persisted in writing through the death of her mother, birth of her first child, divorce from her first husband and surviving on state benefits, before the runaway success of the first Harry Potter book in 1997; the series made her the world’s first billionaire author, a status she quickly gave up, donating much of her fortune to charity, including  Comic Relief, One Parent Families,  Multiple Sclerosis Society of Great Britain, the Shannon Trust, the English PEN Charity auction, and her own charity, the Lumos Foundation, which rescues children in orphanages separated from a living parent because of poverty or discrimination, and enables them to be reunited

2006 – In Cuba, Fidel Castro hands over power to his brother, Raúl

2007 – The first World Ranger Day * to honor park rangers killed or injured protecting the world’s cultural and natural treasures, promoted by the 63 member associations of the International Ranger Federation, which was founded on this day in 1992 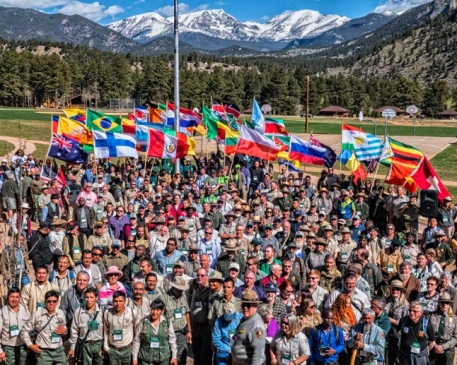 2014 – A New York federal judge orders Bank of America to pay $1.3 billion USD in civil fraud penalties for “the hustle” – the fast-tracking by Countrywide Financial of high-risk mortgage applications in 2007-2008 to inflate its financial profile just before BofA bought Countrywide, leaving Bank of America responsible for the fallout

2017 – The city of Los Angeles reached an agreement with the International Olympic Committee to host the Summer Games in 2028, city officials announced. Los Angeles originally bid to host the 2024 Games, so the agreement sets the city back a cycle, with Paris likely to host in 2024 instead. L.A. has hosted the games twice before, in 1932 and 1984. No American city has hosted the Summer Games since Atlanta in 1996

Nona Blyth Cloud has lived and worked in the Los Angeles area for the past 50 years, spending much of that time commuting on the 405 Freeway. After Hollywood failed to appreciate her genius for acting and directing, she began a second career managing non-profits, from which she has retired. Nona has now resumed writing whatever comes into her head, instead of reports and pleas for funding. She lives in a small house overrun by books with her wonderful husband.
View all posts by wordcloud9 →
This entry was posted in History, Holidays, On This Day and tagged Arnette Hubbard, Daniel Defoe, Elmo Roper, Marion Talbot, Sarah J. Thompson Garnet, Stephanie Kwolek, Whitney Young. Bookmark the permalink.
%d bloggers like this: