Judaism – Tisha B’Av begins at sundown, ends tomorrow at sundown – commemorates the destruction of the First and Second Temples in Jerusalem and several other calamities which have befallen the Jewish people

941 – Lê Hoàn born, later Emperor Đại Hành, first emperor of the Early Lê dynasty. He began his rise to power as a commander in the army of the Vietnamese Emperor Đinh Bộ Lĩnh, and was promoted to commander-in-chief of the army. When Đinh Bộ Lĩnh died, Lê Hoàn became regent to six-year-old Đinh Toan, but deposed the boy. Then he married the Empress Dowager Duong Van Nga, and in 980 proclaimed himself emperor. He ruled until his death in 1005

Portrait of Yekuno Amlak in a 17th century manuscript

1503 – Fernando de Noronha island is named by a Portuguese expedition, organized and financed by the private commercial consortium headed by the Lisbon merchant Fernão de Loronha. The expedition is under the overall command of captain Gonçalo Coelho and carries the Italian adventurer Amerigo Vespucci aboard, who writes an account of it 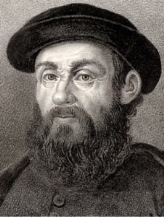 1741 – Travancore-Dutch War, Battle of Colachel: Raja Marthanda Varma of the Indian kingdom if Travancore (now part of the Indian state of Kerala) wins a decisive victory over the Dutch East India Company. A cease-fire was declared but no agreement was reached, and Travancore besieged the Dutch fort of Kilimanoor. In April, 1742, the Dutch left the fort, but they escaped only because ships sent by the Dutch command at Malabar came to their rescue 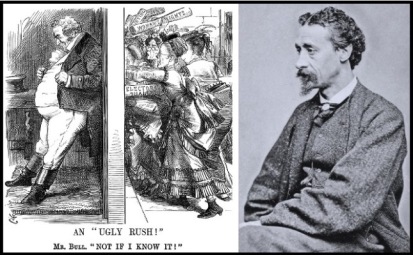 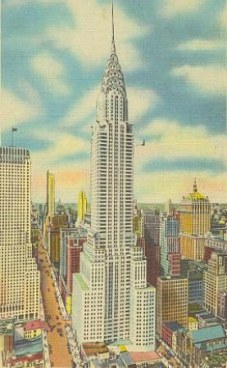 1894 – Dorothy Jacobs Bellanca born in Latvia, American labor leader; she arrived in the U.S. at age 6, and became a garment worker at 13.  She worked to convince men that unionizing women, a majority of the industry, benefited all workers. In 1914, Bellanca was one of only 5 women, out of  175 delegates, to attend the founding convention of the Amalgamated Clothing Workers of America, where she promoted the need for women organizers. The ACWA would clash with the United Garment Workers, who distrusted their more progressive socialist ideology, and were unwilling to promote women to leadership positions. She was the first full-time woman organizer for the Amalgamated Clothing Workers of America (ACWA), became Joint Board Secretary (1918 – ?), and then the first woman Vice President (1934-1946) of a national labor union. In the 1930s, Bellanca helped to found the American Labor Party, ran for Congress from Brooklyn, and organized labor and political support for federal housing, national health care, progressive labor laws, and civil rights legislation. She also served on the New York City Mayor’s Commission in Unity, and the Maternal and Child Welfare Committee under U.S. Secretary of Labor Frances Perkins. She died at age 52 in 1946.

1915 Amalgamated Clothing Workers Strike, for the abolition of the sweatshop
and home piece work, and a reduction of the twelve-hour workday

1905 – Eugene Dennis born, American Communist Party leader and labor organizer; notable as the named party in Dennis v. United States, a famous McCarthy Era Supreme Court case, in which he appealed a conviction which was obtained against him on the slenderest evidence, under the Alien Registration Act, for advocating the violent overthrow of the U.S. government; the Supreme Court upheld his conviction in a split decision

1908 – Rica Erickson born, Australian naturalist, botanical artist, historian and author; noted for Orchids of the West, Triggerplants and as editor of Flowers and Plants of Western Australia; member of the Royal Western Australia Historical Society; made a Member of the Order of Australia in recognition of her work as an author and illustrator in 1987. The Rica Erickson Nature Preserve was founded in her honor, and it officially opened in 1996

1914 – Margaret Morgan Lawrence born, American psychiatrist and psychoanalyst; first black woman physician certified by the American Board of Pediatrics; Chief of the Developmental Psychiatry Service for Infants and Children at Harlem Hospital for 21 years, as well as associate clinical professor of psychiatry at Columbia University College of Physicians and Surgeons, retiring in 1984; noted for her research on development of strength in black families; author of The Mental Health Team in Schools, and Young Inner City Families; from 1932 to 1936, she was on a scholarship from the National Council of the Episcopal Church. The only black undergraduate, she was denied a place in the segregated dormitory. At first, she supported herself by working as a maid for a white family, living in the attic, but later worked as a laboratory assistant. In spite of academic excellence, she was refused admittance to Cornell Medical School because of her race, but became the third African American admitted to Columbia Medical School (1936-1940). Then she was rejected from a residency at New York Babies Hospital because of race, and rejected by Grasslands Hospital because she was a married woman. Lawrence completed a two-year pediatric residency at Harlem Hospital (1940-1942). She got her masters in science at Columbia University’s School of Public Health, where one of her teachers was Dr. Benjamin Spock; in 1948, she was the first African American to join the New York Psychiatric Institute, and the first African American psychoanalysis trainer at Columbia’s Psychoanalytic Center; she also earned certification as a pediatric psychiatrist (1951) 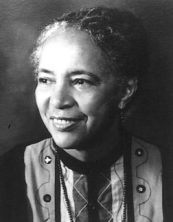 1931 – Dolores Alexander born, lesbian feminist, writer and reporter; In 1960, she was not hired as a copy “girl” at the New York Times after working there as an intern because it would “cause a revolution in the newsroom.” She went to work for the Newark Evening News, working up from reporter to copy editor to bureau chief (1961-1964), then worked for Newsday in various capacities (1964-1967). Alexander became chair of a committee of the National Task Force on Image of Women in Mass Media at the newly-formed National Organization for Women (NOW), and was NOW’s first Executive Director 1969 to 1970, when she resigned in protest of some negative attitudes exhibited towards lesbians during NOW’s early inception. She and Jill Ward borrowed money from friends to renovate a run-down luncheonette in Greenwich Village NY, which they opened in 1972 as Mother Courage, the first feminist restaurant in the U.S. Both women and men were served, but wine was poured for women to taste rather than their male guests, and checks were placed within equal distance of diners. It became a popular place for women dining solo, assured of good service and no hassling by men. Alexander lectured on women’s rights, working with the New Feminist Talent Collective, formed by Jacqueline Ceballos to provide speakers about the women’s movement; she also pushed for integration of want ads, beginning with the New York Times

1956 – Perween Warsi born in India; moved to the UK in 1975; she began her business of making ethnic finger foods in her home kitchen, and won her first major contract in 1986. In 1987, her company was acquired by Hughes Food Group. Warsi was the CBE founder and Chief Executive of S & A Foods until 2015, when the loss of their largest contract forced the company into administration (similar to bankruptcy in the U.S.). Since 2016, she has been a consultant, through her company Succeda, to owner-managed businesses in the food industry 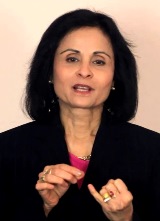 1963 –Phoolan Devi born to a poor family in rural India as Phoolan Mallah; notable as a Dacoit (bandit) who became a Member of Parliament. She was sold off in marriage by her family to a much older man at the age of 11, who abused her physically and sexually. After multiple attempts, while still a teenager she finally managed to run away, becoming the only woman in a gang of bandits. She became lovers with one member of the gang, who took over after killing the gang’s leader, but this split the gang into two factions, and he was killed by the rival faction. The rivals took her to their village and held her prisoner, repeatedly gang raping her over several weeks. She escaped, found the remaining members of her faction, took another lover from among them, and a few months later, they descended upon the rival’s village and killed as many as 22 men, most of whom had raped her. The massacre was portrayed in some of the press as righteous, and she was dubbed Phoolan Devi (a respectful title), but also called the Bandit Queen. She evaded capture for two years before she and the few remaining gang members surrendered to police in 1983. She was charged with 48 crimes, including multiple murders, and spent 11 years in jail, as the charges were tried in court. In 1994, the state government summarily withdrew all charges against her, and she was released. She ran for parliament and was twice elected (1996-2001). In 2001, she was shot to death by relatives of the men she and her gang massacred

1974 – Haifaa al-Mansour born, the first and best-known Saudi Arabian woman filmmaker; after making three short films, she directed the documentary Women Without Shadows, which received the Golden Dagger for Best Documentary at the Muscat Film Festival in Oman; she wrote and directed her first feature film, Wadjda, which was the first full-length feature made entirely in Saudi Arabia and the first directed by a woman. It made its world premiere at the 2012 Venice Film Festival. It was also the official Saudi Arabian entry for the Academy Awards Best Foreign Language Film. Her focus on women’s issues has brought her criticism and hate mail, as well as praise. In 2015, she was selected as a jurist for the ‘Un Certain Regard’ section of the Cannes Film Festival. Mary Shelley, her romantic drama about Mary Shelley’s early life, premiered at the 2017 Toronto International Film Festival 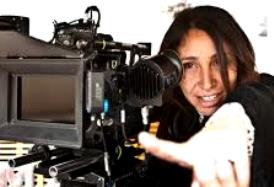 1974 – Rachel Simmons born, American research scholar at New York’s Hewitt School; author of the 2002 book, Odd Girl Out: The Hidden Culture of Aggression in Girls, and the 2009 book, The Curse of the Good Girl 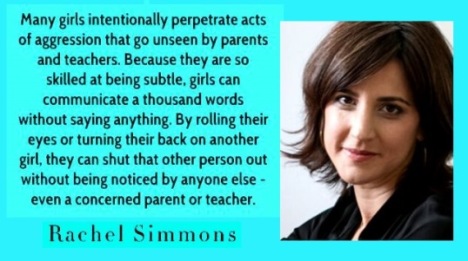 1985 – Madonna becomes first woman performer to have 5 million sales certified for an album, for Like a Virgin

2013 – The first World Lion Day is launched to raise awareness of how close the world is to the extinction of lions in the wild – current estimates are only about 20,000 lions are still living outside captivity – a wild population loss of 95% just since the 1940s. At the current rate of decline, the African Lion will disappear from the wild by 2050

2018 – California struggles to fight three of the state’s 30 largest fires on record at the same time. The Mendocino Complex Fire, which had already encompassed over 300,000 acres, was California’s largest fire ever. The state spent over half its annual fire budget in just 40 days. Smoke from California’s catastrophic wildfires spread across the country all the way to New York state, a National Weather Service model shows. Particles were about a mile above the surface, and probably had little effect on ground-level air quality

Nona Blyth Cloud has lived and worked in the Los Angeles area for the past 50 years, spending much of that time commuting on the 405 Freeway. After Hollywood failed to appreciate her genius for acting and directing, she began a second career managing non-profits, from which she has retired. Nona has now resumed writing whatever comes into her head, instead of reports and pleas for funding. She lives in a small house overrun by books with her wonderful husband.
View all posts by wordcloud9 →
This entry was posted in History, Holidays, On This Day and tagged Anna Haywood Cooper, Leo Fender, Margaret Morgan Lawrence, Michael Phelps, Perween Warsi, Rica Erickson, William Van Alen. Bookmark the permalink.
Loading Comments...
%d bloggers like this: