394 – Battle of the Frigid River, which began on the previous day, between the Eastern Roman Empire army of Emperor Theodosius I and the forces of Western Roman Ruler Eugenious, at the eastern border of Regio X in Roman Italia, the last serious attempt to contest the Christianization of the empire. On this second day of battle, Theodosius wins, and the Roman Empire is reunited (briefly) under one emperor for the last time

1475 – Sebastiano Serlio born, Italian architect, part of the Italian team hired to build the Palace of Fontainbleau in the Renaissance style that had swept Italy; his extensive, influential treatise on the classical orders of architecture was published and translated under various names, including I sette libri dell’architettura (“Seven Books of Architecture”) and Tutte l’opere d’architettura et prospetiva (“All the works on architecture and perspective”)

1492 – Christopher Columbus sails from La Gomera in the Canary Islands, his last port before crossing the Atlantic Ocean for the first time

1522 – Circumnavigation Day * – Victoria, the only surviving ship from Ferdinand Magellan’s expedition, limps into Sanlúcar de Barrameda, Spain, with only 18 crew members on board, becoming the first ship to circumnavigate the earth

1757 – Marquis de Lafayette born, French aristocrat who served as a Major General in the Continental Army during the American Revolution

1795 – Frances ‘Fanny’ Wright born in Scotland, British-American writer and activist for women’s rights, birth control, sexual freedom, public education, equality between the sexes and races, and the abolition of slavery; founder of Nashoba, a utopian community in Tennessee, which was a failed attempt at gradual manumission of slaves 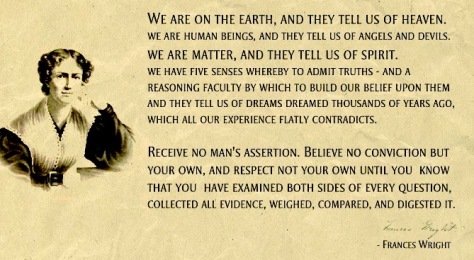 1800 – Catharine Beecher born, American educator; although she was against women leaving their ‘sphere’ as homemakers and mothers, she was an outspoken advocate for women’s education and kindergarten for all children; she campaigned against Andrew Jackson’s Indian Removal Bill (Congress passed it in 1830); founder of the Ladies’ Society for Promoting Education in the West

1829 – Marie Zakrzewska born in Poland, pioneering woman physician in America; founded the New England Hospital for Women and Children, which gave women medical students the clinical experience they were denied at male-run hospitals, and had the first general training program for nurses in the U.S.; it was also the first hospital in Boston to offer gynecological and obstetrical care; campaigned with other women’s activists to raise $50,000 for a women’s medical training program, which Harvard turned down, but Johns Hopkins accepted, opening its doors to female students 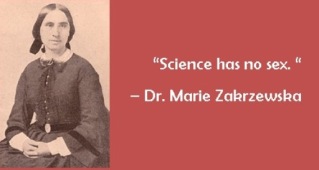 1857 – Zelia Nuttall born, American archeologist and anthropologist, specialized in Mesoamerican manuscripts and pre-Aztec culture. She discovered two forgotten manuscripts in private collections, one of which was the Codex Zouche-Nuttall. She was one of the first to identify and recognize artifacts dating back to the pre-Aztec period. She published her findings on the “Terra Cotta Heads of Teotihuacan” for the American Journal of Archaeology (1886), which led to her appointment as Special Assistant of the Peabody Museum of Archaeology and Ethnology at Harvard

1860 – Jane Addams born, the remarkable American pioneer in social work and the settlement house movement, philosopher, public administrator, author, a leading suffragist and peace activist; co-founder with Ellen Gates of the famous Hull House in Chicago, and a founding member of the ACLU; first American woman honored with the Nobel Peace Prize, in 1931; noted for her essays and articles, especially “Utilization of Women in City Government,” and for her book, A New Conscience and Ancient Evil, about sex trafficking, as well as her autobiographical volumes, Twenty Years at Hull-House (1910) and The Second Twenty Years at Hull-House (1930)

1863 – Jessie Willcox Smith born, American painter and illustrator during the Golden Age of American illustration; considered one of the greatest “pure illustrators.” She contributed to many of the best-known magazines of the day, and had an ongoing relationship with Good Housekeeping. She also illustrated editions of over 60 books, including Alcott’s  Little Women, and Stevenson’s A Child’s Garden of Verses 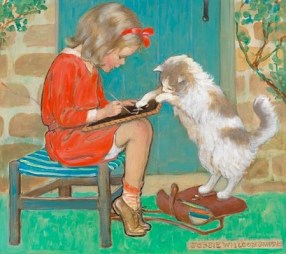 1870 – Louisa Ann Swain * aged 69, of Laramie, Wyoming, becomes first U.S. woman to legally vote. She arose early, put on her apron, shawl and bonnet, and walked downtown with a tin pail in order to purchase yeast from a merchant. She walked by the polling place and concluded she would vote while she was there. The polling place had not yet officially opened, but election officials asked her to come in and cast her ballot. She was described by a Laramie newspaper as “a gentle white-haired housewife, Quakerish in appearance.”

1876 – J. J. R. Macleod born, Scottish physiologist; co-winner of 1923 Nobel Prize in Medicine for his role in the discovery of insulin

1890 – The captain of the ship Roi des Belges dies of tropical fever, and Joseph Conrad takes his place as master of the ship, an experience he will draw on later for his famous novel, Heart of Darkness

1906 – Luis Federico Leloir born, Argentine physician and biochemist, 1970  winner of the Nobel-Prize in Chemistry for his discovery of the metabolic pathways in lactose, becoming only the third Argentine to receive the prestigious honor in any field.  This was in spite of his work often being hampered by lack of financial support and second-rate equipment. His research into sugar nucleotides, carbohydrate metabolism, and renal hypertension led to significant gains in diagnosing and treating the congenital disease galactosemia

1935 – Isabelle Collin Dufresne born in France – French-American artist and author; a student of Salvador Dali, but best known as Ultra Violet from Andy Warhol’s movies; author of L’Ultratique, published in 1988 to detail her ideas about art

1940 – Elizabeth Murray born, American painter, printmaker and illustrator; elected as a Fellow of the American Academy of Arts and Sciences in 1998. She died of lung cancer in 2007

Elizabeth Murray in her studio, in front of one of her large-scale paintings

1941 – Dame Monica Mason born in South Africa, ballet dancer and administrator of the Royal Ballet, Britain’s premiere theatrical dance troupe; entered the Royal Ballet School in 1956; in 1958, at age 16, became the youngest member of the Royal Ballet corps du ballet, and inaugurated the solo role of the Chosen Maiden in Kenneth MacMillan’s version of The Rite of Spring; promoted from soloist to principal dancer in 1968; rehearsal director for MacMillan’s ballets in 1980, then for the whole company in 1984; assistant to the director in 1988; and the company’s artistic director in 2002; retired in 2012; elevated to Dame Commander of the British Empire in 2008

1944 – Donna Haraway born, noted American scholar in science and technology studies and ecofeminism; taught Women’s Studies and History of Science at Johns Hopkins University; among her published works are the essays, “Manifesto for Cyborgs: Science, Technology, and Socialist-Feminism in the 1980s” and “Situated Knowledges: The Science Question in Feminism and the Privilege of Partial Perspective” and her books, Simians, Cyborgs and Women: The Reinvention of Nature, and Primate Visions: Gender, Race, and Nature in the World of Modern Science

1946 – Shirley M. Malcom born, American zoologist and ecologist, academic and administrator; current head of Education and Human Resources Programs at the American Association for the Advancement of Science (AAAS); AAAS head of the Office of Opportunities in Science (1979); program manager for the Minority Institutions Science Improvement Program (MISIP) at the National Science Foundation (1977-1979), which provided federal funding to Historically Black Colleges and Universities (HBCU) for improved equipment, facilities and higher salaries for faculty

1957 –Michaëlle Jean born in Haiti, came to Canada in 1968 as a refugee; media journalist and public servant; Secretary-General of the Organisation internationale de la Francophonie since 2015, and also serves as the Special Envoy for Haiti for the UN Educational, Scientific, and Cultural Organization; Governor-General of Canada (2005-2010), sworn in as a member of the Queen’s Privy Council for Canada in 2012; Journalist and broadcaster for Radio-Canada and the Canadian Broadcasting Corporation (CBC – 1988-2005); coordinated a study on spousal abuse while assisting victims of domestic violence at a women’s shelter (1979-1987)

1962 – Archaeologist Peter Marsden discovers “Blackfriars” ship, first of four wrecks in the Blackfriars area of the Thames in London This first wreck is earliest known indigenous seagoing sailing ship found in northern Europe, dating back to the 2nd century AD.  A bronze votive coin of the Emperor Domitian was found in its mast 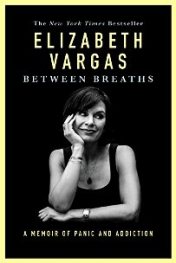 1964 – Rosie Perez born, American stage, film and television performer, activist for Puerto Rican rights, talk show host, and author of Handbook for an Unpredictable Life: How I Survived Sister Renata and My Crazy Mother, and Still Came Out Smiling…

1968 – Swaziland becomes independent from the U.K.

1970 – Emily Maitlis born, British journalist, documentary-maker, and newsreader for the BBC on several programs since 2001; business reporter and documentary-maker for NBC Asia (1994-2001); she was stalked for over a decade by someone she knew at university, who was sentenced to four months in prison after admitting he was harassing her in 2002, but released because of time he already spent on remand, and a restraining order was imposed. In 2016, he was sentenced to 3 years in prison for breach of the no-contact restraining order by sending letters to her and to her mother

2002 – The Smithsonian “George Catlin and His Indian Gallery” exhibit opens, containing over 400 objects

2003 – Mamohato Bereng Seeiso, the Queen Mother of Lesotho, died while at a Catholic retreat; she served as Regent Head of the State of Lesotho from June to December in 1970, from March to November in 1990, and January to February in 1996, and worked to improve education for Lesotho’s children, founding Hlolomela Bana (“Take Care of Children”) in the 1980s for children who lost their parents or were living with disabilities

2005 – The California Legislature becomes the first legislative body in the nation to approve same-sex marriages, but Governor Arnold Schwarzenegger vetoes it

2010 – The King’s Speech, starring Colin Firth and Geoffrey Rush, premiers at the Telluride Film Festival; in 2011, it would win the Oscar for Best Picture

2016 – The Syrian Civil Defense rescue organization accused Syrian government forces of dropping barrel bombs containing chlorine gas on a rebel-held neighborhood in the divided city of Aleppo. The SCD said 80 people experienced severe wheezing and other breathing difficulties. The group also blamed the government for two chlorine gas attacks in August, and a joint report by the United Nations and Organization for the Prohibition of Chemical Weapons concluded that Syrian government forces were responsible for two toxic gas attacks in 2014 and 2015 involving chlorine. The Syrian government denies using chemical weapons during the country’s civil war

Nona Blyth Cloud has lived and worked in the Los Angeles area for the past 50 years, spending much of that time commuting on the 405 Freeway. After Hollywood failed to appreciate her genius for acting and directing, she began a second career managing non-profits, from which she has retired. Nona has now resumed writing whatever comes into her head, instead of reports and pleas for funding. She lives in a small house overrun by books with her wonderful husband.
View all posts by wordcloud9 →
This entry was posted in History, Holidays, On This Day and tagged 'LeatherFace' Lee Chennault, Jane Addams, Luis Federico Leloir, Mamohato Bereng Seeiso, Peter Marsden, Rosie Perez, Zelia Nuttall. Bookmark the permalink.