TCS: Hinges On Our Heads – Poems for Wonderful Weirdos Day 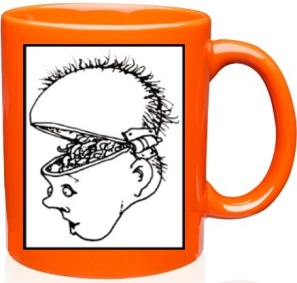 “Some are born weird, some achieve it,
others have weirdness thrust upon them.”

There are so many poets who are wonderful weirdos that choosing just a few isn’t easy, and I can already hear you saying, “Where’s Samuel Taylor Coleridge? Edna St. Vincent Millay? Alfred Noyes? Christina Rossetti? Walter de La Mare?”

Now that I look at this list of missing poets, I think maybe poetry is an escape hatch for people who feel trapped in the societies into which they were born.

So please add to the Comments your favorite Wonderful Weirdos from any era. Thank goodness most of us are a little weird, and some of us are wonderfully even more so.

I picked a lesser-known poem by the eminently weird and wonderful Edgar Allan Poe, since many of us probably already have his more famous poems by our tell-tale hearts.

In the greenest of our valleys
By good angels tenanted,
Once a fair and stately palace—
Radiant palace—reared its head.
In the monarch Thought’s dominion,
It stood there!
Never seraph spread a pinion
Over fabric half so fair!

Banners yellow, glorious, golden,
On its roof did float and flow
(This—all this—was in the olden
Time long ago)
And every gentle air that dallied,
In that sweet day,
Along the ramparts plumed and pallid,
A wingèd odor went away.

Wanderers in that happy valley,
Through two luminous windows, saw
Spirits moving musically
To a lute’s well-tunèd law,
Round about a throne where, sitting,
Porphyrogene!
In state his glory well befitting,
The ruler of the realm was seen.

And all with pearl and ruby glowing
Was the fair palace door,
Through which came flowing, flowing, flowing
And sparkling evermore,
A troop of Echoes, whose sweet duty
Was but to sing,
In voices of surpassing beauty,
The wit and wisdom of their king.

But evil things, in robes of sorrow,
Assailed the monarch’s high estate;
(Ah, let us mourn!—for never morrow
Shall dawn upon him, desolate!)
And round about his home the glory
That blushed and bloomed
Is but a dim-remembered story
Of the old time entombed.

And travellers, now, within that valley,
Through the red-litten windows see
Vast forms that move fantastically
To a discordant melody;
While, like a ghastly rapid river,
Through the pale door
A hideous throng rush out forever,
And laugh—but smile no more.

Edgar Allan Poe (1809-1849) was born in Boston, MA. This “Master of the Macrabre” is best-remembered for his poetry and short stories, especially the tales which establish him as the progenitor of detective fiction. Orphaned at the age of two, he was taken in by John and Frances Allan of Virginia, but clashed with John Allan repeatedly over money, and had to leave the University of Virginia after only one semester. When he failed as a cadet at West Point, he determined to make a living as a writer, making a poor living from prose and criticism for several years for literary journals and periodicals. He married his 13-year-old cousin Virginia Clemm in 1836, and became a notable success with his poem “The Raven’ in 1945. His wife died of tuberculosis in 1847, and Poe died in 1849, but the exact cause of his death is unknown – a final mystery.

If you could look up “wonderful weirdo” in the 13th edition of The Chambers Dictionary of the Twentieth Century, I think you might very well find a photograph of Shel Silverstein.

If we had hinges on our heads
There wouldn’t be no sin.
‘Cause we could take the bad stuff out
And leave the good stuff in

Birds are flyin’ south for winter.
Here’s the Weird-Bird headin’ north,
Wings a-flappin’, beak a-chatterin’,
Cold head bobbin’ back ‘n’ forth.
He says, ‘It’s not that I like ice
Or freezin’ winds and snowy ground.
It’s just sometimes it’s kind of nice
To be the only bird in town.’

Mama said I’d lose my head
If it wasn’t fastened on.
Today I guess it wasn’t
‘Cause while playing with my cousin
It fell off and rolled away
And now it’s gone.

And I can’t look for it
‘Cause my eyes are in it,
And I can’t call to it
‘Cause my mouth is on it
(Couldn’t hear me anyway
‘Cause my ears are on it),
Can’t even think about it
‘Cause my brain is in it.
So I guess I’ll sit down
On this rock
And rest for just a minute….

I included Maranda Russell not because she has Asperger’s Syndrome, but because her take on childhood conceptions of ‘rich’ is dead-on and very funny. The kid in her poem may be a budding Supply-Side Economist, unless Mom can nip that tendency in the bud.

Yesterday, I made $15 selling bug juice, and
I even used real bugs!

Over the weekend, grandma paid me $5 to
clean her toes. It was a gooey job, but now her toes
sparkle.

Then today, Mom gave me $8 for giving our
goat, Charlie, a haircut. She was going to give me
$10, but deducted a couple bucks because I gave
Charlie a Mohawk.

Well, I can’t drive, so that would be pretty
useless.

That might be kind of dirty, and what if one
of them stepped on me?

How about a space ship?

That would be so cool! But since I’m not
allowed to walk to school by myself, I doubt I’d be
allowed to leave the planet.

Maybe I’ll ask mom to take me to the toy
store.

“Hey Mom, will you take me to the store so
I can spend my money?”

“I think you should save it,” Mom replies.

“What do you mean save it? You want me
to put all this money in the bank? Are you crazy?”
I ask.

Mom told me to never call her crazy again.

She also told me that I need to put the
money in the bank so I can use it for something I
really need or want later.

What’s the use of that? Isn’t money
supposed to be for buying candy and toys?
Sometimes I don’t understand adults.

I did learn one thing today though. It’s not
as much fun being rich as I thought it would be.

Maranda Russell (1982 – ) is an award-winning artist, author and poet who also happens to have Asperger’s Syndrome. Her other books include Whiskers and Hairballs: My Life as a Cat, Not Afraid to Be Real, and Ode to Icky

Emily Dickinson is as wonderfully weird as it gets – a woman living almost entirely in a ‘room of one’s own’ with an expansive view far beyond her time and place.

I Watched the Moon around the House [629]

But like a Head—a Guillotine
Slid carelessly away—
Did independent, Amber—
Sustain her in the sky—

The privilege to scrutinize
Was scarce upon my Eyes
When, with a Silver practise—
She vaulted out of Gaze— 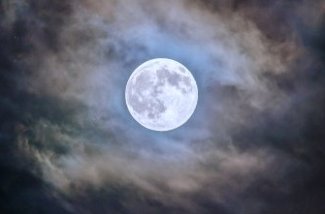 “I watched the Moon around the House” from The Complete Poems of Emily Dickinson (1960 edition) – Little, Brown, and Company

Emily Dickinson (1830-1886) American’s best-known woman poet and one of the nation’s greatest and most original authors, lived the life of a recluse in Amherst MA

Nona Blyth Cloud has lived and worked in the Los Angeles area for the past 50 years, spending much of that time commuting on the 405 Freeway. After Hollywood failed to appreciate her genius for acting and directing, she began a second career managing non-profits, from which she has retired. Nona has now resumed writing whatever comes into her head, instead of reports and pleas for funding. She lives in a small house overrun by books with her wonderful husband.
View all posts by wordcloud9 →
This entry was posted in Poetry, The Coffee Shop and tagged Dick Francis, Edgar Allan Poe, Emily Dickinson, Hinges On Our Heads, Maranda Russell, Poems for Wonderful Weirdos Day, Shel Silverstein, TCS. Bookmark the permalink.
Loading Comments...
%d bloggers like this: