506 – With permission from Visigoth King Alaric, 35 bishops meet at the Council of Agde, led by Bishop Caesarius of Arles; they promulgate 47 canons on ecclesiastical discipline and rules for congregants, including forbidding ecclesiastics to sell the property of the church from which they draw their living, forbidding clerics from visiting women to whom they are not related, and forbidding marriages between cousins

1419 – John the Fearless, Duke of Burgundy, is assassinated by adherents of the Dauphin, the future Charles VII of France

1509 – An earthquake, known as “The Lesser Judgment Day,” hits Constantinople, and is followed by 45 days of aftershocks and a tsunami

1570 – Spanish Jesuits attempt to establish a mission near the mouth of the Chesapeake Bay in what they call Ajacán (present-day Virginia), but they are killed by local Native Americans five months later

1515 – English priest Thomas Wolsey is invested as a Cardinal

1608 – John Smith is elected president of the Jamestown VA council

1659 – Henry Purcell born, English Baroque composer, considered one of the greatest English composers; the earliest composition confirmed to have been written by Henry Purcell is an ode for the King’s birthday, composed in 1670 when he was 11 years old. He wrote hundreds of pieces of religious music, songs, incidental music for theatre, the chamber opera Dido and Aeneas, and countless instrumental works; appointed as organist at Westminster Abbey in 1679, and as organist of the Chapel Royal in 1682, thereafter holding both offices simultaneously. He died at age 36 in 1695, at the height of his career, from an unnamed illness

1753 – John Soane born, the son of a bricklayer, English Neo-Classical architect, knighted in 1831; designed and oversaw work on the Bank of England, a 45-year project (destroyed in 1920s), Dulwich Picture Gallery, and his former home/office at Lincoln’s Inn Fields, now a museum 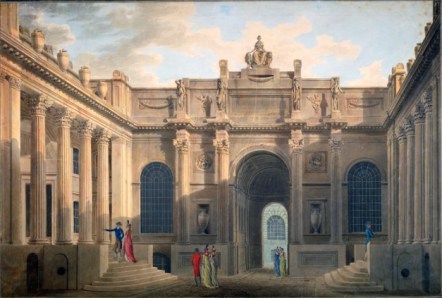 1758 – Hannah Webster Foster born, American novelist and advocate for women’s education; her best-seller is The Coquette, or a History of Eliza Wharton,  a fictionalized version of the true story of Elizabeth Whitman, a young woman who is seduced by an unidentified suitor, and dies after the still-born birth of her illegitimate child

1793 – Harriet Arbuthnot born, English diarist, social observer and Tory party political hostess; maintained a long relationship and correspondence with the Duke of Wellington, and recorded details of their conversations in her diaries, which have become a key source for historians of the Regency and late Napoleonic eras, and for biographers of the Duke of  Wellington. Her diaries were published in 1950 as The Journal of Mrs. Arbuthnot 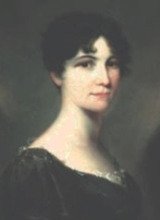 1801 – Marie Laveau the elder born, Voodoo Queen of New Orleans, a free woman of color, with African, Native American and French in her ancestry

1813 – War of 1812: Oliver H. Perry sends the message, “We have met the enemy, and they are ours,” after an American naval victory over the British at the Battle of Lake Erie

1844 – The Treaty of Tangiers formally ends the Franco-Moroccan War; Morocco makes concessions, including agreeing to arrest and outlaw the Algerian revolutionary Abd al-Qādir who had taken refuge in Morocco and was gathering support there; reducing the size of Morocco’s garrison at Oujda; and the establishment of  a commission to demarcate the border between Morocco and Algeria

1846 – Elias Howe is granted a patent for a sewing machine

1886 – Hilda Dolittle born, pen name H.D., American poet and novelist, known for avant-garde poetry, literary editor of  The Egoist journal during WWI, frequently uses Greek mythology and insights from psychoanalysis in her work; now an icon for feminists and the LGBTQ Community

1890 – Elsa Schiaparelli born, Italian fashion designer, one of the most prominent designers between the World Wars along with her rival Coco Chanel

1907 – Dorothy Hill born, Australian geologist and palaeontologist; first woman professor at an Australian university, and first woman president of the Australian Academy of Science;  she graduated in 1928  from the University of Queensland, with a First Class Honours degree in Geology, and the University’s Gold Medal for Outstanding Merit, then got her Masters of Science in 1930. Since Australian universities didn’t begin awarding Ph.Ds until 1948, she went to Cambridge University in Great Britain. She as a Fellow of Newnham College and the Sedgwick Museum, and was supported by a series for fellowships and scholarships which enabled her to continue at Cambridge until 1936. Notable for her studies of the limestone coral faunas of Australia, using them to outline wide-ranging stratigraphy, and of the first core drills of the Great Barrier Reef. After WWII, she served as the secretary of the Great Barrier Reef Committee, raising money and arranging for building materials for the Heron Island Research Station. She was editor of The Journal of the Geological Society of Australia (1958-1964), and became the first woman President of the Professorial Board of the University of Queensland (1971- 1972); author of over 100 research papers, and the comprehensive Bibliography and Index of Australian Paleozoic Coral. Strong advocate for women entering scientific fields

Dorothy Hill and her horse Walter on a geological survey, circa 1929

1924 – A Chicago judge sentences Nathan Leopold and Richard Loeb to life in prison for the “thrill kill” murder of Bobby Franks, aged 14

1931 – Isabel Colegate born, British literary agent and author, noted for her 1980 novel, The Shooting Party, adapted as a 1985 motion picture of the same name

1945 – José Feliciano born, Puerto Rican singer-songwriter and guitarist, blind from birth, who released many albums in both English and Spanish

1953 – TV Dinner Day * – Swanson sells its first “TV dinner,” turkey with cornbread dressing, peas and potatoes, in a compartmentalized aluminum tray, taking 25 minutes to heat up in the oven. It sells for 98 cents. The original production estimate for the year is 5,000 units, but Swanson sells over 10 million dinners in 1953. The first microwaveable frozen dinners are marketed in 1986

1955 – Western series Gunsmoke premieres on CBS television, then airs for 20 years, with a record 635 episodes

1960 – Abebe Bikila of Ethiopia wins the marathon at the Rome Olympics, running barefoot, the first of his nation to win a medal at the Olympic games

1960 – Alison Bechdel born, American cartoonist; known for the comic strip Dykes to Watch Out For, her graphic memoir Fun Home, and the Bechdel-Wallace Test, used to call attention to gender inequality, and evaluate the portrayal of women in fiction and films by determining if at least two women talk to each other about something other than men – the requirement that the two women must be named characters is sometimes added 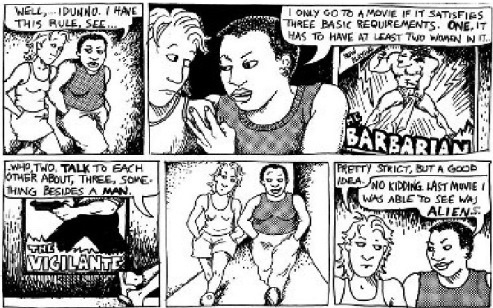 1982 – Misty Copeland born, the first African American Principal Ballerina with the American Ballet Theatre. Her mother, Copeland, and her five siblings were living in two rooms in a motel when she began studying ballet at age 13, at a local Boys & Girls Club in California, then was invited to study at Cynthia Bradley’s ballet school on scholarship. Bradley had to pick her up from school because she had no other way to get to class. Within 3 months, she was en pointe. She won a scholarship at age 15, studied at the San Francisco Ballet, auditioned for American Ballet Theatre at age 17, and attended ABT’s 1999 and 2000 Summer programs. She joined the ABT Studio Company in 2001, and became a member of the Corps de ballet in 2001. By 2007, she was a soloist at ABT. Though she has had recurring stress fracture problems, including being sidelined for seven months after surgery in 2014, she has still risen with extraordinary speed from her first dance classes in 1995 to principal ballerina in a major company in 2015

1996 – Walmart bans Sheryl Crow’s second album because of this lyric: “Watch out sister/Watch out brother/Watch our children as they kill each other/with a gun they bought at the Wal-Mart discount stores” in the song “Love is A Good Thing”

2008 – The Large Hadron Colider at CERN, “largest scientific experiment in history” powers up in Geneva, Switzerland

2010 – U.S. Federal Judge Virginia Phillips rules that the “Don’t Ask, Don’t Tell” policy for gays and lesbians in the U.S. military is unconstitutional, and “infringes the fundamental rights of United States service members . . .” She issues an injunction to halt enforcement of the policy

2012 – 26,000 public school teachers in Chicago go on strike to protest proposed changes, including revoking the 4% pay raise that the school board had promised, and giving student test scores greater weight in determining if a teacher will receive tenure or not; the strikers will return to work on September 18, after union delegates vote to suspend the strike and agree on a contract, which will give annual raises to teachers, but makes school days longer, and only partially rescinds using student test scores for teacher evaluations 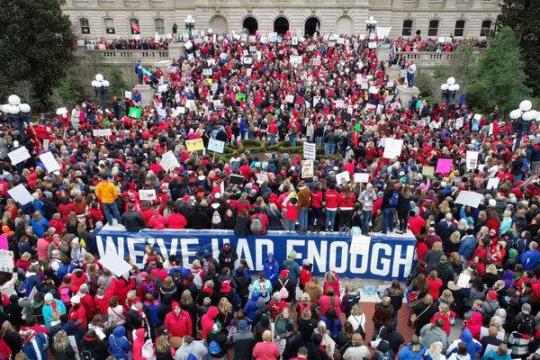 2015 – Anthropologists describe remains of an extinct hominid species found in the Rising Star cave system in South Africa. The species has been named Homo naledi, and later carbon dating estimates the bones are almost 250,000 years old

2017 – Pope Francis told a crowd of one million people in Cartagena, Colombia, that the peace process between the government and rebel leaders to end the country’s 50 years of civil war will only succeed if individuals also do their part. He urged people to reach out to the other side and share in the forgiving and healing needed to end the conflict, which caused the deaths of 220,000 people. Pope Francis said, “Only if we help to untie the knots of violence, will we unravel the complex threads of disagreements.”

Nona Blyth Cloud has lived and worked in the Los Angeles area for the past 50 years, spending much of that time commuting on the 405 Freeway. After Hollywood failed to appreciate her genius for acting and directing, she began a second career managing non-profits, from which she has retired. Nona has now resumed writing whatever comes into her head, instead of reports and pleas for funding. She lives in a small house overrun by books with her wonderful husband.
View all posts by wordcloud9 →
This entry was posted in History, Holidays, On This Day and tagged Akio Yashiro, Beryl Cook, H.D., Henry Purcell, Marie Laveau, Misty Copeland, Simón Bolívar. Bookmark the permalink.
Loading Comments...
Comment
×
%d bloggers like this: