AD 81 – Domitian, younger son of Vespasian, is acclaimed Emperor of the Roman Empire by the Praetorian Guard upon the death of his brother Titus – bad news for the Roman Senate, as he is adept at keeping the affection of the army and the people in an era of prosperity while severely curtailing their power – when Domitian is assassinated in AD 96, the Senate condemns his memory to oblivion

786 – “Night of the three Caliphs”: Harun al-Rashid becomes the Abbasid caliph upon the death of his brother al-Hadi, and al-Rashid’s son al-Ma’mun is born the same night

1032 – Emperor Daozong of Liao born, will reign for 46 years (1055-1101); the Sakyamuni Pagoda of Fogong Temple was completed in 1056, at the site of the Emperor’s grandmother’s home. It still stands today, a survivor of many earthquakes

1180 – Genpeo War: Battle of Ishibashiyama is won by forces of the Taira clan led by Oba Kegechika against a much smaller force of the Minamoto clan under by Minamoto no Yoritomo, who will become Shogun less than a decade later

1401 – Maria of Castile born, Queen of Aragon; though her health was delicate (she may have had epilepsy), she survived small pox, but was left permanent scars. She was betrothed at age seven to Alfonso V of Aragon, and they were married when she was 14, but her menstrual cycle did not begin until she was 16, so the consummation of the marriage was delayed, and she bore no children. The marriage was not a happy one, especially after she learned that her husband’s mistress had given birth to a son. Maria acted as regent twice, from 1420 to 1423, and then from 1432 to until her husband’s death in 1458, while Alfonso was off pursuing his claim to the throne of Naples, which he would later secure for his illegitimate son. Maria was left as de facto ruler to deal with frequent family squabbles between her brothers-in-law, and conflicts with burghers and peasants. When Alfonso lost the naval Battle of Ponza in 1435, he was captured, and Maria organized the funds to pay his ransom. Alfonso died in June 1458, but was followed by Maria in September 1458

1607 – End of the Nine Years War and the Old Gaelic Order: ‘The Flight of the Earls’ – Hugh O’Neill, Earl of Tyrone and Rory O’Donnell, 1st Earl of Tyrconnell, with some ninety followers. leave Ulster, Ireland, for exile in Spain and Italy

1682 – Founding of Bishop Gore School, one of the oldest in Wales

1752 – First day in the British Empire under the Gregorian calendar

1769 – Alexander von Humboldt born, German naturalist, geographer and explorer; laid foundations for fields of biogeography and geomagnetic and meteorological monitoring; his multi-volume treatise Kosmos helped form a holistic view of the Universe as a single interacting entity; first scientist to describe effects of human-induced climate change he observed in 1800 and 1831; the Humboldt Current, numerous geographic features, flora and fauna are named in his honor

1812 –As Napoleon’s army occupies the city, Moscow blazes for four days, destroying almost 75% of the buildings. Cause is disputed, but incendiarists interrogated by the French say they were under orders to burn “everything” 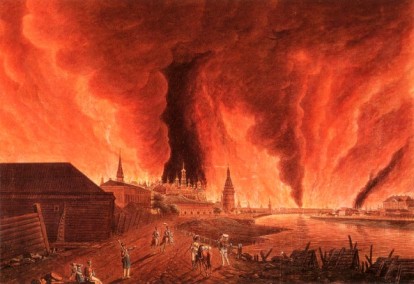 1816 – Mary Hall Barrett born, American book editor and letter writer; as a teenager, she began teaching Sunday school at a Universalist church; her parents, a brother and a sister all died of consumption (tuberculosis), and she nursed them devotedly, injuring her own health. She married John Greenleaf Adams in 1839, and edited the Sabbath-School Annual for three years, influencing well-known Universalist authors to contribute to the annual, before her health declined to the point she was unable to continue. She died in 1860. Memoir of Mrs. Mary H. Adams was published after her death

1829 – The Ottoman Empire signs the Treaty of Adrianople with Russia, ending the Russo-Turkish War

1843 – Lola Rodríguez de Tió born, Puerto Rican poet, abolitionist, and women’s rights activist. After her marriage in 1863 to Bonocio Tió Segarra, she became a writer and book importer, and published her first book of poetry, Mis Cantos (My Songs). She and her husband were banished twice for their political activities and writings advocating Puerto Rican independence from Spain. They lived in Venezuela and New York before settling in Cuba. In 1901, she was a co-founder and member of the Cuban Academy of Arts and Letters, and also served as an inspector of schools. Their home was a gathering place for Cuban intellectuals and politicians, and Puerto Rican exiles. She died in Havana in 1924, at the age of 81, leaving a legacy of books and patriotic poetry, including new revolutionary lyrics for the song “La Boriqueña.” In 2014, she was one of 12 Puerto Rican women honored with plaques in La Plaza en Honor a la Mujer Puertorriqueña (Plaza in Honor of Puerto Rican Women) in San Juan

1854 – Julia Magruder born, American novelist; several of her stories were serialized in the Ladies Home Journal; recipient of an award from the Académie Française

1857 – Julia Barlow Platt born, American embryologist, activist and politician; after graduating from the University of Vermont in 1887, she did research at the Harvard Annex, founded in 1879, which was the only access for women to Harvard at the time; she was one of several women challenging the university’s anti-coeducational policies. Platt had to get her doctorate at the University of Freiburg in Germany. Her work demonstrating that neural crest cells formed the jaw cartilage and tooth dentine in Necturus maculosus (mudpuppy embryos), was not believed by her contemporaries because it ran counter to their belief that only mesoderm could form bones and cartilage. Her hypothesis of the neural crest origin of the cranial skeleton gained acceptance only some 50 years later when confirmed by Sven Hörstadius  and Sven Sellman. Frustrated because she was unable to secure a university position, she became a civic activist in California, working to create two small marine protected areas, which became crucial to the recovery of Monterey Bay, and the rescue of sea otters from near-extinction. In 1931, she was elected as the first woman mayor of Pacific Grove California

1882 – Winnifred Mason Huck born, investigative journalist exposing abuses in the prison system; also a politician, the third woman to be elected to the U.S. Congress (R-IL 1922-1923) in a special election to take her father’s seat after his death

1902 – Alice Tully born, American operatic soprano, music promoter and philanthropist; on the boards for the New York Philharmonic, the Metropolitan Opera and the Juilliard School; recipient of the Handel Medallion

1915 – Carl Muench patents the first sound-absorbing material, made from cellulose fibers, for use as wall board

1915 – John Dobson born, amateur astronomer, inventor of the Dobsonian telescope, a low-cost, more easily transported Newtonian reflector telescope which he used to popularize astronomy when he made appearances as the “Sidewalk Astronomer,” and held workshops to teach people how to make their own telescopes all over the U.S. He was a co-founder of the San Francisco Sidewalk Astronomers

1918 – Cachao born as Israel López Valdés, Cuban double bassist and composer, known as co-creator of the mamba, and a master of descarga (musical improvisation)

1930 – Romola Constantino born, Australian pianist who gave the first solo piano recital at the Sydney Opera House in 1973; also worked as a music critic for the Sydney Morning Herald, and as a senior lecturer at the University of Sydney; appointed an Officer of the Order of the British Empire in 1978 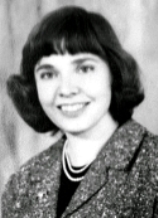 1930 – Allan D. Bloom born, American philosopher and classicist; champion of the Great Books idea of education; author of the controversial book, The Closing of the American Mind, in which he protests the ousting of the classics of literature and philosophy from the curriculum

1941 – Joan Trumpauer Mulholland born, American civil rights activist, a white woman from Virginia whose activism as a student at Duke University was regarded as some form of mental illness, and she was taken for testing after her first arrest. She dropped out of Duke, and was one of the Freedom Riders on the Illinois Central train from New Orleans to Jackson, Mississippi, where they were arrested. They were incarcerated at Parchman Penitentiary, a prison with a reputation for violence, and the disappearance of several inmates. She and the other women were strip-searched and given vaginal exams. They were housed for two months on death row, in a segregated cell with 17 women and 3 feet of floor space per prisoner. She refused to pay bail and served more than her two month sentence because each day in prison took $3 off her fine of $200. She became the first white student at Tougaloo College in Jackson, and several attempts were made by local authorities to close down the school, but its charter predated the Jim Crow laws. She was one of the activists in the May 28, 1963 Woolworth lunch counter sit-in, where they were beaten and smeared with condiments. She was called a “white nigger” and dragged out of the store by her hair 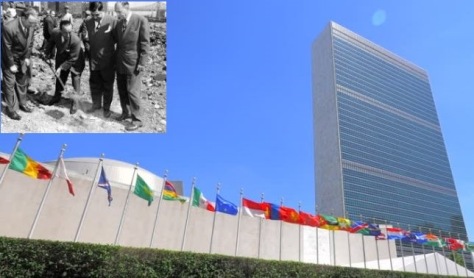 1955 – Geraldine Brooks born, Australian American journalist and novelist. Her 2005 novel March won the Pulitzer Prize for Fiction; her work as a foreign correspondent for The Wall Street Journal inspired her first book, the non-fiction Nine Parts of Desire

1962 – Bonnie Jo Campbell born, American novelist and short story writer; Once Upon a River and Mothers, Tell Your Daughters

1965 – Emily Bell born, British journalist and academic; Professor of Professional Practice at the Columbia University Graduate School of Journalism who previously worked for The Guardian and The Observer

1985 – The longest bridge in Malaysia, Penang Bridge opens, connecting the island to the mainland

2016 – The Census Bureau reports that the U.S. median household income had increased from $53, 700 in 2014 to $56, 500 in 2015, while the poverty rate went down over 1%. Republican presidential candidate Donald Trump claimed that Americans were “still poorer” than they had been 15 years before

2018 – In 2018, the U.S. Census Bureau said the poverty rate in the U.S. was at 11.8%, down slightly from 2017, except for people aged 25 and older without a high school diploma, where the poverty rate increased to 25.9%. The poverty rate overall was higher in Southern and Southwestern U.S. states than in the northern Central states and New England

Nona Blyth Cloud has lived and worked in the Los Angeles area for the past 50 years, spending much of that time commuting on the 405 Freeway. After Hollywood failed to appreciate her genius for acting and directing, she began a second career managing non-profits, from which she has retired. Nona has now resumed writing whatever comes into her head, instead of reports and pleas for funding. She lives in a small house overrun by books with her wonderful husband.
View all posts by wordcloud9 →
This entry was posted in History, Holidays, On This Day and tagged Alexander von Humboldt, Constance Baker Motley, Harun al-Rashid, Joan Trumpauer Mulholland, John Dobson, Julia Barlow Platt b, Lola Rodríguez de Tió. Bookmark the permalink.