331 BC – Though his forces are heavily outnumbered, Alexander the Great uses tactics and his light infantry to decisively defeat Darius III of Persia in the Battle of Gaugamela, in what is now Iraqi Kurdistan

86 BC – Gaius Sallustius Crispus born, now usually called Sallust; Roman historian, politician and novus homo (new man), earliest known Roman historian with works which have at least partially survived to the present day; opponent of the old Roman aristocracy, and a partisan of Julius Caesar. Appointed as governor of Africa Nova, he amassed a great personal fortune through extortion and oppression, escaping condemnation only through Caesar’s influence

959 – Edgar I ‘the Peaceful’ is crowned King of England; his coronation ceremony is arranged by Dunstan, Archbishop of Canterbury, and becomes the basis for future English coronation ceremonies down to the present day

A contemporary portrayal of King Edgar in the New Minster Charter

1526 – Dorothy Stafford born, Lady Stafford, who married her distant cousin Sir Henry Stafford. A staunch Protestant, she and her family went into exile in Switzerland during the reign of Mary I, but she returned to England with her children in 1559, after the coronation of Elizabeth I. She was appointed as Mistress of the Robes to Queen Elizabeth, holding the office until Elizabeth’s death in 1603, becoming the queen’s trusted confidant, and having considerable influence with her. Her son Edward became the English Ambassador to France in 1578, largely due to her influence. Noted as a “continual Remembrancer of the Suits of the Poor” on her funeral monument

Queen Mary I by Hans Eworth

1730 – Richard Stockton born, American jurist, lawyer and legislator; member of the Second Continental Congress, signer of the Declaration of Independence; first Chief Justice of the New Jersey Supreme Court; his family donated some of the land for what would become Princeton University, and he was a trustee of the school for 26 years; his wife, poet Annis Boudinot Stockton, is one of the first women authors to be published in Colonial newspapers

1791 – The first session of the short-lived French Legislative Assembly, operating under the French Constitution of 1791; it will pass numerous reforms, most notably the transfer of registration of births, deaths and marriages from the Catholic  Church to the state, as well as changes to divorce and inheritance laws; the assembly is divided into two factions: one favors a constitutional  monarchy, but the democratic faction distrusts the king, and believes revolutionary measures are necessary

1800 – Spain cedes back to France the Louisiana territory that U.S would later purchase

1911 replica of the original steamboat

1814 – The Congress of Vienna opens, tasked with redrawing national borders in Europe after the defeat of Napoleon

1843 – The News of the World tabloid begins publication in London

1847 – Annie Besant born, British socialist, women’s rights activist, theosophist, author and orator; notable speaker for the Fabian Society, the National Secular Society (NSS) and later for the Theosophist Society; prosecuted for publishing a book advocating birth control in 1877; also supported home-rule for Ireland and India, and labor movement actions, including the 1888 London matchgirls strike; elected to the London School Board for Tower Hamlets, even though few women could vote at the time

1861 – Mrs Beeton’s Book of Household Management is published, selling 60,000 copies in its first year and remaining in print in revised editions to the present day

1862 – Esther Boise Van Deman born, a leading American archaeologist; first woman to specialize in Roman field archaeology, establishing the standards for dating ancient constructions using variations in building materials, which advanced the study of Roman architecture; author of The Building of the Roman Aqueducts and The Atrium Vestae

1881 – Pixley ka Isaka Seme born, first of the first black lawyers in South Africa; a founding member and the first Treasurer-General of the South African Native National Congress (SANNC) in 1912, which became the African National Congress (ANC) in 1923. He was the managing editor of the Abantu Batho, the newspaper of the SANNC, which was published in English, SeSotho, Zulu, Xhosa and SeTswana.  He was also a founding member (1912), and later President (1930-1936), of the ANC

1891 – Stanford University opens its doors as a coeducational, tuition-free (until 1920) institution near Palo Alto CA

1893 – Faith Baldwin born, author of over 85 popular novels, frequently using women juggling career and family as a central theme; her last book, Adam’s Eden, was published in 1977, the year before she died at age 84

1898 – The Vienna University of Economics and Business Administration is founded

1903 – Vladimir Horowitz born in Russia, American piano virtuoso and composer, acclaimed as one of the greatest pianists of 20th century

1904 – Otto R. Frisch born in Germany, a Jewish physicist who left Germany in 1933; worked with Niels Bohr, coined the term “nuclear fission”; worked at Los Alamos on the first theoretical mechanism for detonating an atomic bomb 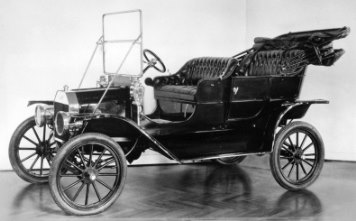 1910 – Bonnie Parker born, infamous American robber and murderer; with partner Clyde Barrow, went on crime spree (1932 -1934); she dies in hail of bullets fired by police after an extended manhunt

1910 – The Los Angeles Times building is badly damaged by a bomb placed by a member of the International Association of Bridge and Structural Iron Workers when it goes off prematurely, igniting gas lines, killing 21 people and injuring 100. After the union’s initial national success in organizing iron workers, industrialists, led by U.S. Steel and the American Bridge Company, form the National Erectors’ Association to bust the union, using labor spies, agents provocateur, private detectives, and strike breakers to restore “open shops.” Harrison Gray Otis, publisher of the Los Angeles Times, is vehemently anti-union, and uses his paper to rail against them

1912 – Kathleen Ollerenshaw born, English mathematician and politician; noted for work on critical lattices and most-perfect pandiagonal magic squares; an ear infection at age 8 left her almost completely deaf; Lord Mayor of Manchester (1975-1976), and High Sheriff of Greater Manchester (1978-1979), while serving as (Conservative party) Councilor for Rushholme (1956-1981); an amateur astronomer who donated her telescope to Lancaster University, where an observatory is named for her

1914 – Daniel J. Boorstin born, American historian, lawyer and author; Librarian of Congress (1975-1987); noted for the founding of the Center for the Book at the Library of Congress, which promotes literacy, public libraries and American literature. It is mainly supported by tax-deductible donations, and has affiliate centers in all 50 states, the District of Columbia and the U.S. Virgin Islands

1928 – Duke Ellington and his orchestra record “The Mooche”

1929 – Bonnie Owens born, American singer-songwriter; Just Between the Two of Us, Why Don’t Daddy Live Here Anymore? and Don’t Take Advantage Of Me

1935 – Julie Andrews born, singer and actress; noted for her four-octave vocal range, she has continued her career as an actress after botched surgery for nodules in 1997 damaged her vocal chords, limiting her range and ability to hold notes

1940 – Phyllis Chesler born, American writer, psychotherapist, and feminist; noted for her best-selling and seminal book, Women and Madness; her other work covers gender issues, mental illness, divorce and child custody, surrogacy, second-wave feminism, pornography, prostitution, incest, violence against women, and honor killings; co-founder of the International Committee for Women of the Wall to promote the religious rights of Jewish Women in Jerusalem 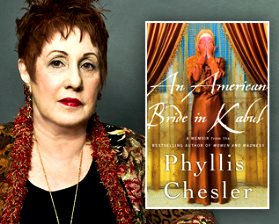 1940 – The Pennsylvania Turnpike opens as the first U.S. toll superhighway

1950 – Susan Greenfield born, Baroness Greenfield of Ot Moor, British scientist, author, broadcaster, Life Peer and member of the House of Lords since 2001; noted for work on treatments for  Parkinson’s disease and Alzheimer’s disease; also interested in the  neuroscience of consciousness and the impact of technology on the brain; senior research fellow at Lincoln College, Oxford; chancellor of Heriot-Watt University in Edinburgh (2005-2013); director of the Royal Institution of Great Britain (1998-2010)

1953 – Grete Waitz born, Norwegian marathon runner; former world record holder, as the first woman to run a marathon in under 2½ hours in 1979; she won nine New York City Marathons between 1978 and 1988, more than any other runner in history; Olympic silver medalist in 1984, and gold medalist in 1983 World Championships

1957 – Éva Tardos born, Hungarian mathematician; Jacob Gould Schurman Professor of Computer Science at Cornell University, and Associate Dean of the College of Computing and Information Science; Chair of the Cornell Department of Computer Science (2006-2010). Noted for research on algorithms, focusing on the design and analysis of efficient methods for combinatorial optimization problems on graphs or networks, and has also worked on network flow algorithms like approximation algorithms for network flows, cut, and clustering problems. Her recent work focuses on algorithmic game theory. Elected to the National Academy of Engineering (2007), the American Academy of Arts and Sciences, and the National Academy of Sciences (2013). Winner of the Fulkerson Prize (1988), the George B. Dantzig Prize (2006), the Van Wijngaarden Award (2011), the Gödel Prize (2012), the EATCS Award (2017), and the IEEE John von Neumann Medal (2019)

1960 – Nigeria gains its independence from the United Kingdom

1962 – Johnny Carson begins his 29-year stint as host of the Tonight show on NBC, following after Jack Paar

Opening ceremonies for the Tokyo-to-Osaka train

1969 – The Concorde breaks the sound barrier for the first time

1979 – U.S. hands control of the Panama Canal Zone over to Panama 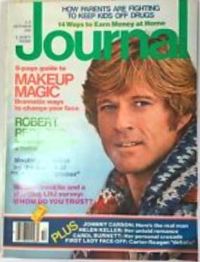 1984 – U.S. Secretary of Labor Raymond Donovan announces his leave of absence after he’s indicted on larceny and fraud charges, but he is later acquitted

1990 – U.N. International Day of Older Persons * is established by a vote of the UN General Assembly 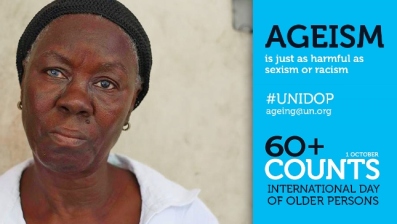 1991 – Abby Chava Stein born, American transgender author and activist. She is the first openly transgender woman raised in a Hasidic community. Noted for her book, “Becoming Eve: My Journey From Ultra Orthodox Rabbi To Transgender Woman”

1996 – While Fire Pup Day * had been around before the National Disaster Search Dog Foundation (SDF) started in 1996, which recruits dogs rescued from shelters to partner with firefighters as search-and-rescue teams, it’s been a natural for this organization to promote a day dedicated to fire dogs 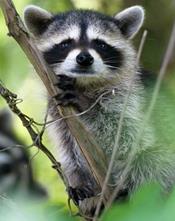 2008 – After an initial failure to pass, a $700 billion financial industry bailout wins  lopsided passage in the Senate, 74-25, when it is loaded with tax breaks for businesses and the middle class, raises the cap on Federal Deposit Insurances from $100,000 to $250,000, and other sweeteners. The bailout money is to be used to buy bad mortgage-related securities and other devalued assets from troubled institutions

2014 – Thousands of pro-democracy protesters returned to the streets in Hong Kong on China’s National Day, which marks the founding of China’s Communist Party in 1949. Organizers aimed to bring out the largest crowds yet as a symbolic show of force in defiance of a government crackdown. Riot police tried to disperse crowds with tear gas but the demonstrators vow not to back down until they win assurances of free elections to pick Hong Kong’s next leader

2017 – In Las Vegas, Nevada, a shooter on a balcony of the 32nd floor of the Mandalay Bay Resort uses multiple semi-automatic rifles to fire over 1,100 rounds into the crowd below at the Route 91 Harvest Music Festival, leaving 58 people dead, 500 wounded, and 351 injured in the resulting panic – the deadliest mass shooting in U.S. history

Nona Blyth Cloud has lived and worked in the Los Angeles area for the past 50 years, spending much of that time commuting on the 405 Freeway. After Hollywood failed to appreciate her genius for acting and directing, she began a second career managing non-profits, from which she has retired. Nona has now resumed writing whatever comes into her head, instead of reports and pleas for funding. She lives in a small house overrun by books with her wonderful husband.
View all posts by wordcloud9 →
This entry was posted in History, Holidays, On This Day and tagged Annie Besant, Éva Tardos, Esther Boise Van Deman, Maria Mitchell, Paul Dukas, Pixley ka Isaka Seme, Richard Stockton. Bookmark the permalink.
Loading Comments...
Comment
×
<span>%d</span> bloggers like this: