Howl at the Moon Night

National Day of the Deployed *

306 – Feast Day of Saint Demetrius * of Thessaloniki, revered by the Bulgarian, Macedonian, Romanian, Russian and Serbian Orthodox churches, and the Roman Catholic and Coptic churches as well – tradition says he was run through with spears during the Christian persecutions of Diocletian and Galerian (see also next entry)

1185 – The Uprising of Asen and Peter begins on the feast day of St. Demetrius *of Thessaloniki and ends with the creation of the Second Bulgarian Empire, ruled by the Asen dynasty 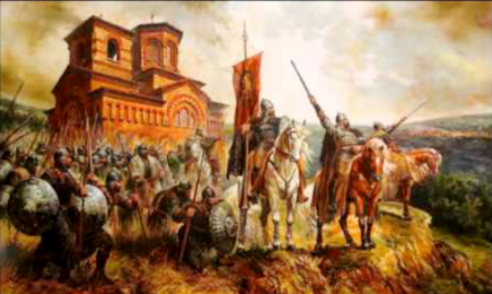 1341 – The Byzantine civil war of 1341-1347 erupts after the death of Andronikos III Palaiologos over guardianship of his 9-year-old son and heir John V Palaiologos. John VI Kantakouzenos, Andronikos III’s chief minister and closest friend, became regent when the emperor died in June, 1341, but while he was absent from Constantinople in September readying an army, a coup d’état led by Alexios Apokaukos and the Patriarch John XIV secures the support of Empress Anna and establishes a new regency. In response, Kantakouzenos’ army and supporters proclaim him co-emperor in October, cementing the rift between himself and the new regency. The split escalates into armed conflict, lasting until February, 1347, when Kantakouzenos defeats the other regents and becomes senior emperor (1347-1354), until he is usurped by his co-emperor and former ward, John V Palaiologos. (The adjective ‘byzantine’ means an excessively complicated system or situation)

1556 – Ahmed Baba born, Malian Sanhaja Berber writer, scholar, philosopher, Arabic grammarian. He was also a political provocateur in the area then known as the Western Sudan, which resulted in his deportation, charged with sedition, from Timbuktu to Morocco in 1594, after the successful Moroccan invasion of the Songhai Empire. Much of his notable work was written while he was in Morocco, including his biography of Muhammad Abd al-Karim al-Maghili, the noted scholar and jurist, which became one of the principle texts on the legal history of the Western Sudan. In 1615 Ahmed Baba and other Muslin scholars discussed the issue of slavery, seeking to protect Muslims from being enslaved. He is known as the originator of an early concept of ethnicity in West Africa, putting forth as a legitimate reason that if a person were unbeliever or a kafara (atonement offering), then that justified their enslavement, along with being “the will of God.” But if a person came from a country with a Muslim government, or identified with specific Muslim ethnic groups, then they could not be slaves 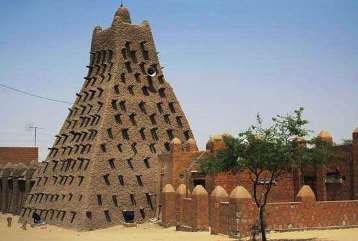 1759 – Georges Danton born, a leader and orator of the French Revolution; he becomes the first president of the Committee of Public Safety, but his opposition to the Reign of Terror will lead to his own death at the guillotine

1775 – King George III of Great Britain goes before Parliament to declare the American colonies in rebellion, and authorizes military response to quell the American Revolution

1785 – Mule Day * commemorates the first Spanish Jacks given as a gift to America by King Charles III of Spain, delivered on October 26 in Boston. George Washington is one of the first Americans to breed them

1821 – John Williams of the London Missionary Society begins Christian conversion of the people of Aitutaki, one of the Cook Islands – celebrated in the Cook Islands annually as Gospel Day * 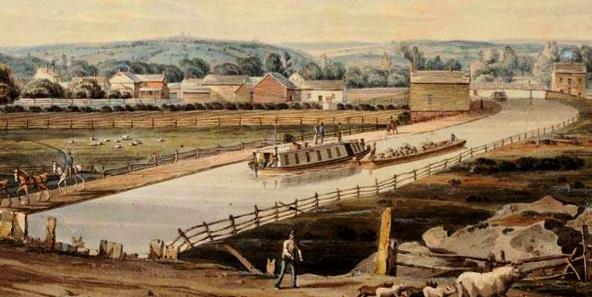 1837 – Louisa Lee Schuyler born, establishes the first U.S. training school for nurses in conjunction with Bellevue Hospital. In 1915, she was awarded the first honorary LL.D. degree given to a woman by Columbia University

1845 –Tennessee Celeste Claflin born, reformer and suffragist. She and her sister Victoria Woodhull are the first women to open a Wall Street brokerage firm

1881 – The Gunfight at the O.K. Corral, between the three Earp brothers with Doc Holiday and the Ike Clanton Gang, takes place at Tombstone, Arizona

1894 – Florence Nagel born, British racehorse and Irish wolfhound trainer-breeder and feminist; in 1920, when she trained her first racehorse, women were forced to employ a man to hold a Jockey Club trainers license on their behalf because women were excluded by the Jockey Club, but she challenged this, and became one of the first two U.K. women to licensed to train racehorses. She sponsored the Florence Nagle Girl Apprentices’ Handicap Race, first run in 1986 at Kempton Park., and left funds in her will to continue the race

1894 – John S. Knight born, newspaper journalist, owner and editor who built up the Knight Newspaper chain from his family’s Akron Beacon Journal to a portfolio of fifteen newspapers, when then merged with Ridder publication to form Knight-Ridder Newspapers; his nationwide column, “The Editor’s Notebook” earned him the 1968 Pulitzer Prize for Editorial Writing

1902 – Beryl Markham born, British-Kenyon aviator, horse trainer and breeder, and writer; she holds the record as the first woman to fly solo east-to-west across the Atlantic; memoir, West with the Night

1902 – Henrietta Hill Swope born, American astronomer; discovered and studied thousands of variable stars, and measured the period-luminosity relation for Cepheid stars, which is used in calculating their distance from other celestial bodies. During WWII, she worked on LORAN navigation tables at the MIT Hydrographic Office. Swope worked at the Observatories of Carnegie Institution of Washington (1952-1968). She was honored with the Annie Jump Cannon Award in Astronomy in 1968

1905 – Sweden accepts the independence of Norway

1909 – Itō Hirobumi, four-time Prime Minister of Japan (the 1st, 5th, 7th and 10th PM) and Resident-General of Korea, is assassinated at the Harbin train station in Manchuria 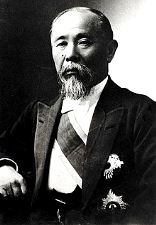 1912 – Ottoman-occupied city of Thessaloniki is liberated and unified with Greece on the feast day of its patron saint, Saint Demetrius *

1920 – Sarah Lee Lippincott born, American astronomer; pioneer in determining the character of binary stars and the search for extrasolar planets

1932 – The first Angam Day * in Nauru – the small island has a goal of maintaining a minimum population of 1,500 people to assure survival. Twice, in 1932 and in 1949, the population have been lower than that, and Angam Day is a celebration the birth of the 1,500th baby

1936 – Etelka Kenéz Heka born, Hungarian writer, poet and singer, who grew up in Yugoslavia, and has lived most of her life outside of Hungary, she has three citizenships, Hungarian, Austrian and Croatian, and now lives in Hódmezővásárhely in south-east Hungary. She has written about 90 books, but none of them have been translated into English yet. Winner of the 2015 Hódmezővásárhely Pro Urbe Award

1945 – Pat Conroy born, American novelist and memoirist; The Prince of Tides and The Great Santini 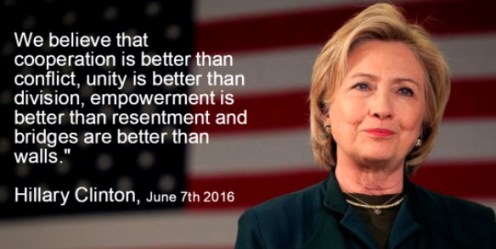 1947 – Accession Day * in Jammu and Kashmir celebrates the Instrument of Accession, signed on this day by Maharaja Hari Singh, to join this princely state with the Dominion of India, when India was transitioning from the rule by the British Empire to the Republic of India under its own Constitution in 1950. Jammu and Kashmir is part of the larger region of Kashmir, which has been disputed by India, Pakistan and China since 1947. Jammu and Kashmir became a “special status” Indian state in 1954, allowing for Jammu and Kashmir to have distinct laws that were different from the rest of India. In 2019, the Indian government repealed its special status, to reorganize it into two union territories: Jammu and Kashmir in the west, and Ladakh in the east, which will be under all the same laws as the rest of India. This reorganization becomes effective on October 31, 2019

1951 – Winston Churchill returns as the prime minister of Great Britain

1956 – Rita Wilson born as Margarita Ibrahimoff, American film producer, actress, and singer-songwriter; cancer research and children’s charities supporter, and supporter of the ONE Campaign to make women a priority at the UN’s Sustainable Development Summits; noted as producer of My Big Fat Greek Wedding, Connie and Carla, and Mama Mia!

1962 – In one of the most dramatic verbal confrontations of the Cold War, American U.N. Ambassador Adlai Stevenson asks his Soviet counterpart during a Security Council debate whether the USSR had placed missiles in Cuba

1972 – National security adviser Henry Kissinger declares “peace is at hand” in Vietnam; U.S. involvement doesn’t end until the next year, and the war is not ended until 1975

1977 – The last known case of naturally-occurring smallpox in Somalia, regarded by the World Health Organization as the anniversary of the eradication of smallpox, the most spectacular success of vaccination – Eradication of Smallpox Day *

1984 – “Baby Fee,” a newborn with a severe heart defect, receives a heart transplanted from a baboon, and lives for 21 days

1996 – First Intersex Awareness Day * in Boston MA, held by the Intersex Society of America in cooperation with the Transexual Menace group

2001 – The USA PATRIOT Act (“Uniting and Strengthening America by Providing Appropriate Tools Required to Intercept and Obstruct Terrorism”) is signed into law by George W. Bush, giving authorities unprecedented ability to search, seize, detain or eavesdrop, on aliens and U.S. citizens alike, in their pursuit of possible terrorists

2006 – Shelle Michaels Aberle founds National Day of the Deployed,* asking North Dakota Governor John Hoeven to be the first governor to proclaim a day of recognition for the men and women serving their country overseas. The date was chosen because it is the birthday of Aberle’s cousin, LTC Davis Hosna, who was deployed to Iraq at the time.  When John Hoeven became a Senator representing North Dakota, he introduced a resolution to make this a National Day, which was passed in 2011

2010 – In China, the water level of the Three Gorges Dam on the Yangtze River, the world’s largest water control and utilization project, reaches its designed full capacity mark

2014 – The World Health Organization announced that the global death toll from Ebola had risen to 4,922 out of a total of 10,141 confirmed cases of infection. All but 10 of the deaths were confined to three countries: Liberia, Guinea, and Sierra Leone

2017 – U.S. District Judge Myron Thompson struck down two Alabama abortion restrictions essentially banning the procedure in the second trimester, and limiting how close clinics where abortions are performed can be to public schools. The “fetal-demise law” effectively banned the most common second-trimester abortion method, called dilation and evacuation, which essentially outlawed abortions after 15 weeks of pregnancy. “Because these laws clearly impose an impermissible undue burden on a woman’s ability to choose an abortion, they cannot stand,” Judge Thompson wrote. The ACLU of Alabama challenged the laws on behalf of two Alabama women’s health clinics

Nona Blyth Cloud has lived and worked in the Los Angeles area for the past 50 years, spending much of that time commuting on the 405 Freeway. After Hollywood failed to appreciate her genius for acting and directing, she began a second career managing non-profits, from which she has retired. Nona has now resumed writing whatever comes into her head, instead of reports and pleas for funding. She lives in a small house overrun by books with her wonderful husband.
View all posts by wordcloud9 →
This entry was posted in History, Holidays, On This Day and tagged Adlai Stevenson, Gloria Conyers Hewitt, Karin Boye, Marisha Pessl, Pat Conroy, Tennessee Celeste Claflin, Uhuru Kenyatta. Bookmark the permalink.
Loading Comments...
%d bloggers like this: