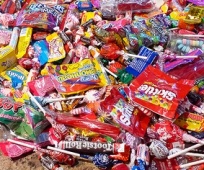 Use Your Common Sense Day *

India – Gurugram: Under the Aalamaram – 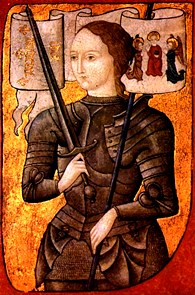 1501 – Catherine of Aragon, age 16, and Arthur Tudor, Prince of Wales, age 15, meet for the first time, 10 days before they are married – Arthur will die of an unknown ailment, five months after the wedding, Catherine will swear their marriage was never consummated, then she will marry Arthur’s younger brother Henry in 1509, two months after he became King of England at age 18, while she is 24

1512 – Hu Zongxian born, Ming dynasty Minister of War (1560-1563) notable for having success in combating wokou pirate raids. One of his direct descendants is Hu Jintao, President of the People’s Republic of China (2003-2013), and General Secretary of the Central Committee of the Communist Party of China (2002-2012)

1631 – Mary born, Princess Royal of England, and Countess of Nassau by marriage to Prince William II of Orange, at the age of nine. She was co-regent (1651-1660) for her son William, born shortly after his father’s death, during his minority as Sovereign Prince of Orange. He would become William III of England in 1689, better known as William of Orange. Mary died of smallpox on Christmas Eve in 1660 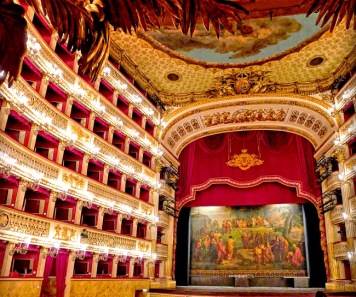 1780 – The doomed rebellion led by Túpac Amaru II (who was born as José Gabriel Condorcanqui, but had claims to an Incan royal heritage) against Spanish rule in Peru begins; he will be captured in 1781 and executed by the Spanish, but the rebellion will continue under other leaders until it is crushed by the Spanish, and 73 of its leaders are executed in 1783

1783 – Wolfgang Amadeus Mozart’s Symphony No. 36 is performed for the first time in Linz, Austria

1791 – The Western Confederacy of American Indians wins the largest victory ever known by Native Americans over the United States in St. Clair’s Defeat, also called the 1791 Battle of the Wabash, in Ohio  – the loss was so great that the U.S. House of Representatives instigated the first Congressional Special Committee Investigation, and President Washington initiated what has become known as ‘executive privilege’ for the first time 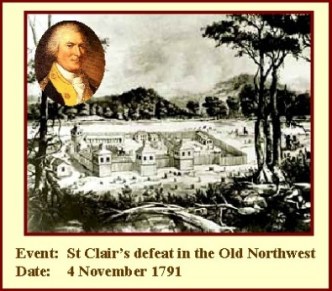 1819 – The first of over 1,400 immigrants from Switzerland arrive in Brazil to found Nova Friburgo in the southeastern state of Rio de Janeiro, the first colonial company contracted by the Portuguese government

1839 – Chartist leader Henry Vincent and a few of his supporters (Chartists support the People’s Charter, which includes the right to vote for every man aged 21 or older ‘of sound mind, and not undergoing punishment for a crime’) are being held gaol in Newport, Monmouthshire Wales, so Chartist sympathizers, led by John Frost, march on the town to free them, a confrontation that became the brief but bloody battle called the Newport Rising, the last large-scale armed rebellion in Great Britain

1852 – Camillo Benso, Count of Cavour becomes the prime minister of Piedmont-Sardinia, which becomes a key component in the unification of Italy

1853 – Anna Bayerová born, the second Czech woman medical doctor, but her doctorate was from the University of Bern in 1881, so Czechoslovakia refused to recognize it (Bohuslava Kecková, the first Czech woman to get a medical degree faced the same problem, but she became a midwife in her hometown); Bayerová set up her medical practice in Berne; in 1889, seven hundred Czech women signed an open letter to her, which appeared in the women’s magazine Ženské Listy, expressing hope that she could return and practice in her homeland

1868 – Camagüey, Cuba, revolts against Spain during the Ten Years’ War, the first of three wars fought by Cubans to gain independence from Spain 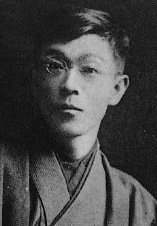 1879 – Will Rogers, American humorist and social commentator, is born: “Common sense ain’t all that common”

1897 – Janaki Ammal born, Indian botanist who researched cytogenetics and  phytogeography; did notable work on sugarcane and the eggplant; strong supporter of Gandhi and India’s independence;the Ministry of Environment and Forestry of India instituted the Janaki Ammal National Award of Taxonomy in her honor in 2000; the ‘Magnolia Kobus Janaki Ammal’ is named for her

1909 – Evelyn Bryan Johnson born, American pilot with the greatest number flying hours of any woman pilot in the world; Colonel in the Civil Air Patrol; after learning to fly in 1944, she logged 57,635.4 flying hours, and became the oldest flight instructor in the world, training a record number of pilots and giving the most FAA exams; she lived to age 102 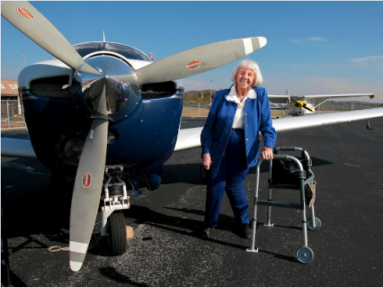 1915 – Marguerite Patten born, English home economist, food writer and broadcaster; during WWII, she worked for the Ministry of Food, giving recipes making use of available rationed food on a BBC programme called The Kitchen Front; debuted her first television cookery show on the BBC in 1947; author of dozens of cookery books, including the first cook book in England with colour illustrations, Cookery in Colour 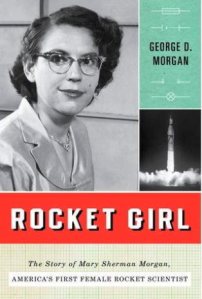 1924 – Nellie Tayloe Ross wins a special election to succeed her husband William after his death as Governor of Wyoming, the first woman governor of a U.S. state, serving from 1925 to 1927 – then she is director of the U.S. Mint under the administrations of three presidents from 1933 to 1953

1928 – Hannah Weiner born, American poet; part of the New York “happenings” of the 1960s; in later years, she wrote journals about her experiments with automatic writing and her struggles with schizophrenia

1929 – Shakuntala Devi born, Indian polymath, mental calculator, who began appearing in public at age 6 to show how rapidly she could mentally add up large numbers. She wrote both fiction and non-fiction on mathematics, puzzles, and a sympathetic study of homosexuality in India, considered the first serious work on the subject in India

1930 – Ranjit Roy Chaudhury born, Indian clinical pharmacologist and health planner; inaugural chair of the Indian Toxicology Review Panel; chair of the joint programme of the World Health Organization (WHO) and India’s government on Rational Use of Drugs in India (1982?-1991)

1940 – Marlène Jobert born in Algeria to a Sephardic Jewish family, French actress and author who left acting in the late 1970s to concentrate on writing children’s books and books about classical composers, including Mozart, Chopin and Tchaikovsky 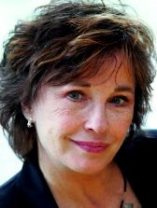 1942 – Patricia Bath born, American ophthalmologist, inventor and humanitarian; first black person to serve as a resident in ophthalmology at New York University; the first African-American woman doctor to receive a patent for a medical purpose, and now holds four patents; first woman member of the Jules Stein Eye Institute; first woman to lead a post-graduate training program in ophthalmology, and first woman elected to the honorary staff of the UCLA Medical Center. In 1976, Bath co-founded the non-profit American Institute for the Prevention of Blindness, and its president

1948 – Alexis Hunter born in New Zealand, contemporary painter and photographer who worked in London; member of the Women’s Workshop of Artists Union (1972-1975) and the Woman’s Free Arts Alliance; explored the importance of tattoos as cultural art and commentary, and did several series of photographs related to feminist theories, including a photograph in her 1978 How to Make it in a Man’s World series entitled The Marxist Housewife (Still Does the Housework), showing a manicured hand cleaning a poster of Karl Marx, referencing both class issues and Marx’s lack of recognition of domestic labour in his writing

1956 – The Hungarian Revolution is ended when additional Soviet troops arrive, combine forces with Soviet units already there, and kill an estimated 3000 civilians, and wounding 13,000 more

1958 – Anne Sweeney born, American business executive; co-chair of Disney Media, President of the Disney–ABC Television Group, and the President of Disney Channel from 1996 to 2014; Lucy Award from Women in Film in Los Angeles in 2002; inducted into the Broadcasting and Cable Hall of Hall in 2005

1960 – Kathy Griffin born, American comedian and social commentator who has been frequently in hot water because of her ‘nothing off-limits’ style, actress and outspoken supporter of LGBT rights; she has also done two USO tours to entertain U.S. troops 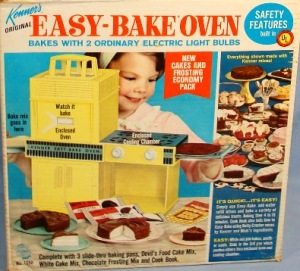 1966 – The Arno River floods Florence, Italy, to a maximum depth of 6.7 m (22 ft), leaving thousands homeless and destroying millions of masterpieces of art and rare books – Venice is submerged on the same day to an all-time record acqua alta of 194 cm.

1970 – Salvador Allende takes office as President of Chile, the first Marxist to become president of a Latin American country through open elections

1973 – The Netherlands experiences the first Car-Free Sunday caused by the 1973 oil crisis. Highways are used by buses, cyclists and roller skaters 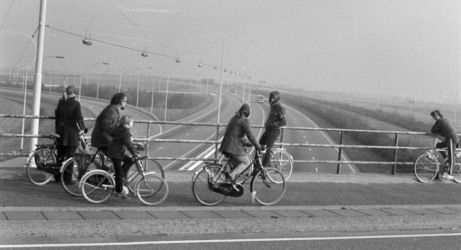 1979 – Iran hostage crisis: An Iranian mob, mostly students, overrun the US embassy in Tehran and take 90 hostages (63 are Americans), demanding the shah return to Iran to stand trial

1999 – U.N. imposes economic sanctions against the Taliban that controlled most of Afghanistan because they refuse to turn over Osama bin Laden, who is charged with masterminding the 1998 bombings of U.S. embassies in Kenya and Tanzania

2012 – Fauzia Yusuf Haji Adan is nominated as Somalia’s first woman Foreign Minister. She is confirmed, and serves in the cabinet both as Foreign Minister and Deputy Prime Minister from 2012 to 2014

2017 – Houthi rebels in Yemen claimed responsibility for a missile attack on Riyadh in neighboring Saudi Arabia. The missile was intercepted and destroyed near the city’s airport, and no one was injured. “The capital cities of countries that continually shell us, targeting innocent civilians, will not be spared from our missiles,” the rebels said in a statement, referring to the U.S.-facilitated, Saudi-led Sunni coalition intervening in Yemen’s civil war to oppose the Shiite Houthis. The coalition blockade and airstrikes have been accused of being war crimes as Yemen’s civilian population suffers famine and a cholera epidemic. Within Saudi Arabia, eleven princes were arrested in a corruption investigation, consolidating the authority of Crown Prince Mohammed bin Salman, a driving force behind the Yemen intervention

Nona Blyth Cloud has lived and worked in the Los Angeles area for the past 50 years, spending much of that time commuting on the 405 Freeway. After Hollywood failed to appreciate her genius for acting and directing, she began a second career managing non-profits, from which she has retired. Nona has now resumed writing whatever comes into her head, instead of reports and pleas for funding. She lives in a small house overrun by books with her wonderful husband.
View all posts by wordcloud9 →
This entry was posted in History, Holidays, On This Day and tagged Barack Obama, Evelyn Bryan Johnson, Izumi Kyōka, Janaki Ammal, Patricia Bath, Shakuntala Devi, Túpac Amaru II. Bookmark the permalink.
%d bloggers like this: