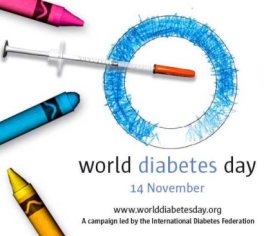 Loosen Up, Lighten Up Day

Columbia – Day of the Columbian Woman *

1449 – Sidonie of Poděbrady born, she and her twin sister Catherine were Bohemian princesses. In 1464, Sidonie was married at age 14 to Albert, the son of Frederick II, Elector of Saxony. Four months later, he became Albert III, Duke of Saxony, when his father died, and Sidonie became Duchess consort of Saxony, and later Margravine consort of Meissen. She was against warfare and violence, refusing to accompany Albert when he started wars against Groningen and Friesland, and protested by removing their children from the court to Albrechtsburg Castle. Many of her letters of correspondence have been preserved, in which she pleads for the release of prisoners. In September 1500, Albert died, leaving Sidonie a widow. She withdrew from the Saxon court and spent the rest of her years in Tharandt, near Dresden, where she died in February 1510 at the age of 60. 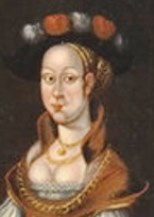 1501 – Anna of Oldenburg born, Countess consort of East Frisia who became Regent of East Fresia (1540-1561) as the guardian of her sons during their minority. She tried to maintain religious tolerance, allowing Catholics and Spiritualists to practice their faith. Only under pressure from Charles V, Holy Roman Emperor, did Baptism become forbidden in East Frisia in 1549. Anna also founded the police force (1545)  and reformed the legal system in East Frisia. Next to its administrative tasks, the Chancellery was given judiciary tasks. Councillors and legal scholars were added to the Chancellery to carry out these tasks. The Chancellery was mostly a court of appeals, but would also act a court of first instance in cases involving the nobility. In 1558, Anna abolished the law of primogeniture (the firstborn son’s right of succession), and  established that each of her three sons would share power. This was an attempt to maintain religious balance, and to limit the growing influence of Sweden during protracted negotiations for the marriage of her eldest son Edzard and princess Katharina Vasa of Sweden, which finally took place in 1559. When Count John II “the Mad” of Harlingerland seized a strip of East Frisian land at the Accumer Deep, she took her case to the Reichskammergericht and to the Lower Rhenish-Westphalian Circle. The Circle arrested John, who had made many enemies, and he died in captivity in 1562.  Anna’s division of power was not a success. Her middle son died in 1566, and the remaining brothers were locked in a power struggle, which weakened their rule, but strengthened the nobility, and the citizens of Emden, center of the Protestant Reformation in East Frisia. Anna died in September 1575 at the age of 73.

1889 – Queen Victoria approved a Royal Charter creating the British South Africa Company (BSAC), the final step in the formation of Zambesia, giving almost sovereign powers to the BSAC, headed by Cecil Rhodes. In October 1888, King Lobengula of the Matabele (Ndebele) had signed the Rudd concession with C.D. Rudd, a partner of Rhodes, by which, in return for a thousand Martini-Henry rifles, 100 000 rounds of ammunition, £1200 annually and a steamboat with guns, Lobengula had given Rhodes and his partners a monopoly of all the metals and minerals in his kingdom and the right to mining companies to do anything necessary to further their operations. When Lobengula later discovered what the concession really meant, he tried to renounce it, but the British Government paid no heed to him. After 1894 the country was renamed Rhodesia in honour of Rhodes. Known as Zimbabwe since its independence in 1980

1889 – Pioneering journalist Nellie Bly (born Elizabeth Cochrane) begins her challenge: to beat the fictional Phileas Fogg’s record, going around the world in less than 80 days. She completes the trip in 72 days, 6 hours and 11 minutes 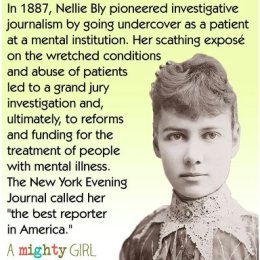 1900 – Aaron Copeland born, American composer; Copeland has had a major impact on the “American Sound” in orchestral music

1906 – Louise Brooks born, actress, dancer in the Ziegfeld Follies, and silent film star in American and German films (Pandora’s Box and Diary of a Lost Girl, both for G.W. Pabst in 1929); Her iconic bobbed hairstyle was much copied by her fans in the 1920s. Her career began a downslide in the 1930s, and she went through a period of obscurity, alcoholism and suicidal depression in New York before being “rediscovered” in 1953 by French film historian Henri Langlois. Brooks began a new career as a film critic, and her book Lulu in Hollywood was published in 1982. She died of a heart attack in 1985, at age 78

1910 – Aviator Eugene Burton Ely makes the first takeoff from a ship in a Curtiss pusher, from a makeshift deck on the USS Birmingham in Hampton Roads, Virginia 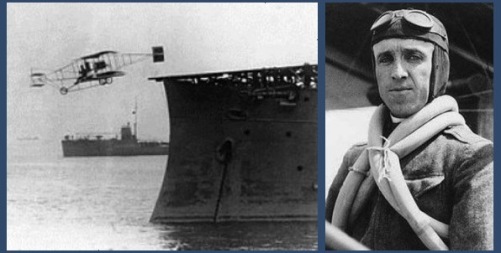 1920 – Mary Greyeyes born, a member of the Muskeg Lake Cree Nation and the first First Nations woman to join the Canadian Armed Forces, serving in the Canadian Women’s Army Corps (1942-1946); a publicity picture of her in uniform brought her much attention; at the end WWII, Indigenous people who served in the Canadian military were offered the choice to give up their treaty rights and Indian status in return for the right to vote, and she was urged to visit a polling station and have her picture taken voting, but she pointed out the unfairness of the voting laws and refused. First Nations people didn’t get the right to vote in Canada until 1960

1921 – Ea Jansen born in Estonia, Finno-Ugric historian; most of her research focused on the national awakening of Estonia, and she made substantial contributions to the knowledge of this period; taught at the Tallinn Pedagogical University

1922 – Veronica Lake born, American actress whose long ‘peek-a-boo’ hair was so copied that she changed her hairstyle during WWII to help prevent women working in wartime factories from catching their hair in the machinery. Her struggles with alcohol hurt her later career

1935 – Franklin Roosevelt announces that the Philippines have become a free commonwealth after approval of their new constitution. The Tydings-McDuffie Act plans for the Philippines to be completely independent by July 4, 1946 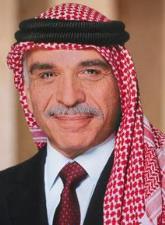 1943 – Assistant Conductor Leonard Bernstein, age 25, debuts with the New York Philharmonic, fills in for ailing Bruno Walter prior to a national broadcast concert 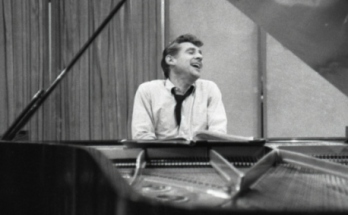 1944 – Karen Armstrong born, British author, former nun and commentator; a former Roman Catholic religious sister; noted for her books on comparative religion and as a writer and presenter for BBC Channel Four; A History of God: The 4,000-Year Quest of Judaism, Christianity and Islam

1946 – Emily Greene Balch, co-founder of the Women’s International League for Peace and Freedom, is awarded the Nobel Peace Prize

1946 – The Mobile Brigade * (now Korps Brigade Mobil/Brimob) of Indonesia is reorganized from the Pasukan Polisi Istimewa (special police troops) to suppress military conflicts and attempted coups d’etat. The Pasukan Polisi Istimewa was a militarized police force organized in 1945 to disarm remnants of the Japanese Army, and protect Jakarta, Indonesia’s capital, which was called Batavia before the country became independent 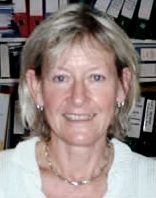 1956 – The USSR crushes the Hungarian uprising

1956 – Babette Babich born, American philosopher; known for studies of Nietzsche,  Heidegger, Anders, Adorno, and Hölderlin, and work in aesthetics, including philosophy of music, life-size bronzes in antiquity (Greek sculpture), and continental philosophy, especially the philosophy of science and technology. Babich has also made substantive contributions to scholarly discussion of the role of politics in institutional philosophy (the analytic-continental divide) as well as gender in the academy

1962 – Laura San Giacomo born, American actress, noted for her portrayal of Maya Gallo in the TV series Just Shoot Me! (1997-2003), and for the films Sex, Lies and Videotapes; Pretty Woman; and Quigley Down Under. San Giacomo is an active supporter of several charities for people with disabilities (her son Mason has cerebral palsy). She is a founder of the CHIME Charter Elementary School, an inclusion school for all children of all abilities, which provides free public education to 600-700 students, Kindergarten through 8th grade, who are admitted through a lottery system

1967 – The Columbian Congress declares the “Day of the Columbia Woman” in commemoration of the 150th anniversary of the death of ‘La Pola’, Policarpa Salavarrieta, a Neogranadine seamstress-turned-spy for the revolutionary forces fighting against the Spanish who was caught and executed

1977 – The inquest into the death while in police custody of Black Consciousness leader Steven Biko opens in Pretoria, South Africa

1983 – The British government announces that 96 Tomahawk cruise missiles, part of a planned NATO deployment, have arrived at Greenham Common air base; thousands of protesting women who have camped outside the gate stage a lie-in 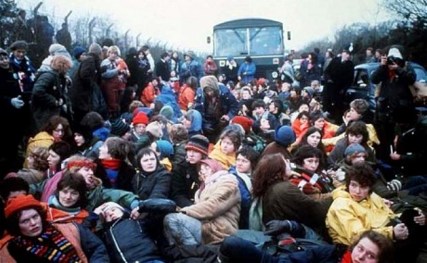 1991 – World Diabetes Day * is launched by the International Diabetes Federation

1994 – U.S. experts visit North Korea’s main nuclear complex for the first time under an accord that opened such sites to outside inspections

1995 – The U.S. government institutes a partial shutdown, closing national parks and museums while most government offices operate with skeleton crews, due to lack of funds because President Clinton vetoed the spending bill sent to him by the Republican-controlled Congress which brutally slashed funding for Medicare, education, the environment, and public health 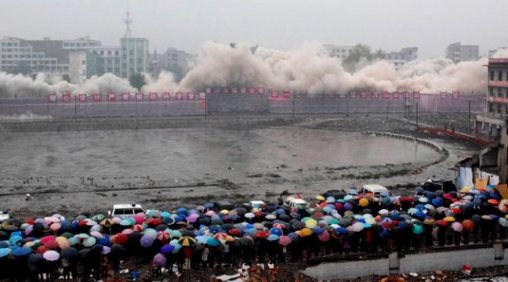 2017 – Australians overwhelming supported gay marriage in a historic non-binding vote, clearing the way for Parliament to make same-sex marriage legal in the country. In the survey, 61.6 percent voted yes and 38.4 percent voted no, officials announced. Turnout was 79.5 percent. “The Australian people have spoken, and they have voted overwhelmingly ‘yes’ for marriage equality,” said Prime Minister Malcolm Turnbull. Supporters burst into cheers in public squares as the result was announced. “Finally I can be proud of my country,” said Chris Lewis, 60, an artist from Sydney. “No” advocate Lyle Shelton, a Christian lobbyist, said he would “accept the democratic decision.”

Nona Blyth Cloud has lived and worked in the Los Angeles area for the past 50 years, spending much of that time commuting on the 405 Freeway. After Hollywood failed to appreciate her genius for acting and directing, she began a second career managing non-profits, from which she has retired. Nona has now resumed writing whatever comes into her head, instead of reports and pleas for funding. She lives in a small house overrun by books with her wonderful husband.
View all posts by wordcloud9 →
This entry was posted in History, Holidays, On This Day and tagged Jawaharlal Nehru, Leonard Bernstein, Mary Greyeyes, Nellie Bly, Ruby Bridges, Steve Biko, Valerie Jarrett. Bookmark the permalink.
%d bloggers like this: