783 – Queen Adosinda, Kingdom of Asturias (now an autonomous community in NW Spain), had not given Asturia an heir before her husband died, so her nephew Alfonso II is proclaimed king. Mauregatus, the illegitimate son of Alfonso I, usurps the throne by force and drives Alfonso II into exile in Álava in Basque territory. Mauregatus sends  Queen Adosinda to the monastery of San Juan de Pravia, where she is held until she dies 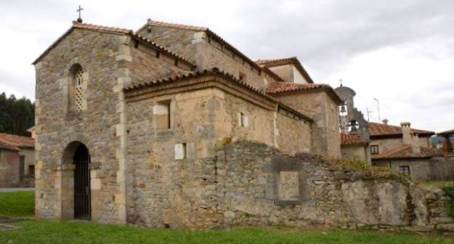 1161 – Battle of Caishi: A Song dynasty fleet fights a naval engagement with Jin dynasty ships on the Yangtze river during the Jin–Song Wars

1288 – Go-Daigo born, Emperor of Japan (1318-1339); he overthrew the Kamakura shogunate in 1333, creating the short-lived Kenmu Restoration of imperial power, which was overthrown in 1336, splitting the imperial family into two factions 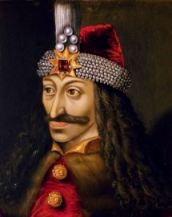 1552 – In Korea, Seonjo King of Joseon born, who reigned from 1567 to 1608; encouraged Confucianism and attempted to renovate state affairs, but the political chaos resulting from his indecisive leadership led to the shrinking of his army, and Japanese invasion attempts (1592-1598)

1789 – At the request of Congress, U.S. President Washington proclaims a national day of thanksgiving, to observe the adoption of the U.S. Constitution

1792 – Sarah Moore Grimké born, American writer, anti-slavery and women’s rights activist. As a writer, her strong pioneering arguments against slavery and in support of women’s rights helped advance both movements. Noted for “Epistle to the Clergy of the Southern States” (1836), which refuted Biblical scripture justifying slavery, and “Letters on the Equality of the Sexes, and the Condition of Woman” (1838)

1805 – The Pontcysylite Aqueduct, which carries a section of the Llangollen canal over the valley of the River Dee in NE Wales, officially opens. The longest and highest aqueduct in Britain, it was engineered by Scotsman Thomas Telford, whose nickname was the ‘Colossus of Roads’

1832 – Mary Edwards Walker born, American surgeon, abolitionist, women’s rights and rational dress activist; during the Civil War, volunteered as a surgeon with the Union Army; captured and arrested as a spy by the Confederates when she crossed enemy lines to treat the wounded, then held as a prisoner of war until released in a prisoner exchange; the only woman ever to receive the Medal of Honor, and one of only 8 civilians to be so honored – her name was deleted, with 900 others, from the Army Medal of Honor Roll in 1917, but restored in 1977

1842 – The University of Notre Dame begins in a log chapel near what is now South Bend Indiana, and work begins on three additional buildings; later, the first two students arrive 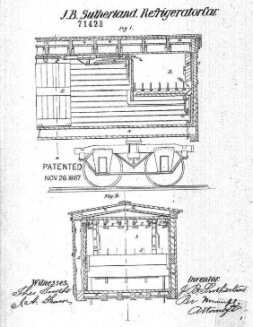 1894 – Norbert Wiener born, American mathematician and philosopher; his work contributed to the fields of electronic engineering and communications; the Wiener equation concerns the velocity of fluid particle fluctuations

1900 – Anna Maurizio born, Swiss biologist, known for her study of bees, lasting over thirty years, at the Department of Bees at the Liebfeld Federal Dairy Industry and Bacteriological Institute, which included developing new methods for determining the amount of pollen in honey

1907 – Ruth Patrick born, American botanist and limnologist (studies inland water systems) specializing in diatoms and freshwater ecology; formed and chaired the Department of Limnology at the Academy of Natural Sciences in 1947; inventor of the diatometer, which takes more accurate samples for study of diversity in water ecology; also developed other methods of measuring the health of freshwater ecosystems; Fellow of the American Academy of Arts and Sciences (1976), and awarded the National Medal of Science (1996); lived to age 106

1912 – Eric Sevareid born, American television journalist (CBS 1939-1977), author and commentator; first to report the fall of Paris during WWII, and the last journalist to interview Adlai Stevenson before his death

1915 – Inge King born, to a Jewish family in Germany; she fled to Britain in 1939, studied at the Glasgow School of Art; emigrated to Australia in 1951, where she was at the forefront of modern non-figurative sculpture; best known for Forward Surge at the Melbourne Arts Centre

1917 – The Sykes-Picot Papers: The Manchester Guardian prints the secret Sykes-Picot Agreement which defined the “spheres of influence” of the UK and France as part of an understanding between their countries and Russia based on the Triple Entente, which was designed to keep the Ottoman Empire in check, and ultimately defeat it

1918 – The Montenegran Podgorica Assembly votes for a “union of the people,” declaring in favor of assimilation into the Kingdom of Serbia 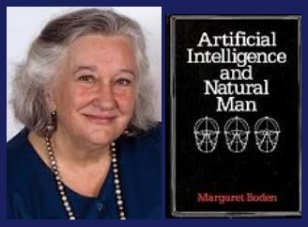 1939 – The Soviet Red Army lobs seven shells into the Russian village of Mainila, claiming that the shells were shot from Finland. Finland denies the attack and an internal investigation proves that their artillery could not have reached Mainila, but Russia uses the ruse to justify renouncing its non-aggression pact with Finland, and launches the Winter War against Finland on November 30th. Soviet leadership expected total victory within two or three weeks. The Red Army had just completed the invasion of Eastern Poland at a cost of fewer than 4,000 casualties after Germany attacked Poland from the west. The League of Nations deemed the Soviet attack on Finland illegal and expelled the Soviet Union from the organization. The war lasted over three months, and cost the Soviets over 150,000 dead or missing, and over 200,000 wounded or sick. It was also costly to Finland, with almost 26,000 dead or missing, over 40,000 wounded, and Finland was forced in the Moscow Peace Treaty to give up 11% of its territory, representing 30% of its economy to the Soviets, but retained its sovereignty and enhanced its international reputation, while the Soviet’s international standing took a blow. In June, 1941, Nazi Germany launched Operation Barbarossa, and the Continuation War between Finland and the USSR began

1939 – Tina Turner born, American singer-actress; after her husband Ike Turner became addicted to cocaine and was increasingly abusive, she filed for divorce, and shouldered the debts for canceled concerts and an IRS lien while rebuilding her career, this time as a solo artist. She was one of the first African-Americans to have a video aired on MTV. In 1984, her album, Private Dancer, sold over 10 million copies, and she won four Grammy Awards in 1985. She contributed vocals to the USA for Africa benefit song, “We Are the World.” Turner was a Kennedy Center Honors recipient in 2005, and was honored with a Grammy Lifetime Achievement Award in 2018.  She renounced her American citizenship, and became a Swiss citizen in 2013.  She was diagnosed with cancer in 2016, and had a kidney transplant in 2017

1940 – The half million Jews of Warsaw, Poland, are forced by the Nazis to live within a walled ghetto

1940 – Xavier Cugat and his orchestra record “Orchids in the Moonlight” 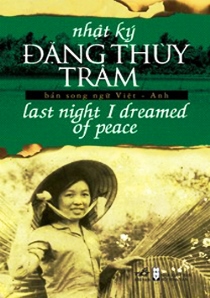 1943 – Marilynne Robinson born, American author and essayist; winner of the 2005 Pulitzer Prize for Fiction for Gilead, the 2012 National Humanities Medal, and the 2016 Library of Congress Prize for American Fiction; also noted for novels Housekeeping and Home

1948 – Elizabeth Blackburn born in Tasmania, Australian-American molecular biologist, President of the Salk Institute for Biological Studies; discoverer of the enzyme telomerase, which replenishes telomeres, the protectors for the ends of chromosomes from DNA damage or fusion; shared 2009 Nobel Prize in Physiology or Medicine 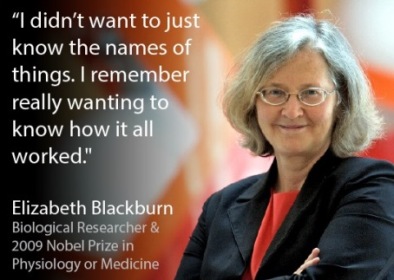 1950 – China enters the Korean War, launching a counter-offensive against soldiers from the United Nations, the U.S. and South Korea

1952 – Elsa Salazar Cade born, Mexican-American science teacher and entomologist; selected by the National Science Teachers Association as one of the top ten science teachers in 1995; she and her husband William Cade have studied the Texas field cricket, Gryllus texensis, for over 30 years

1953 – Desiré Wilson born, South African racecar driver; one of only six women to compete in Formula One racing; she became the only woman to win a Formula One race, the 1980 British Aurora F1 Championship at the Brands Hatch racing circuit, in West Kingsdown, Kent, England 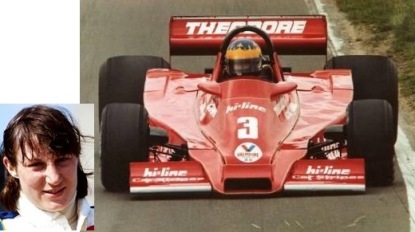 1954 – Roz Chast born, American cartoonist; The New Yorker has run over 800 of her cartoons, and they have also appeared in Scientific American and the Harvard Business Review

1965 – France becomes the third country to enter space when it launches its first satellite, the Diamant-A 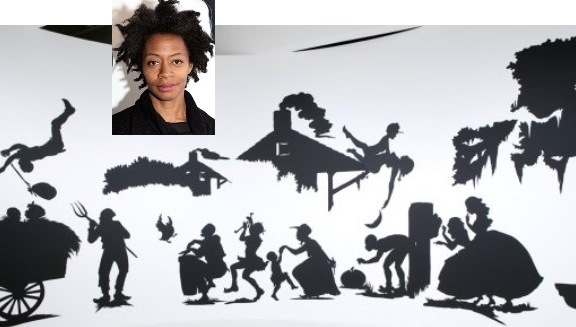 1970 – The heaviest rainfall ever recorded, 1.5 inches in one minute, deluges Basse-Terre, Guadeloupe

1973 – Rose Mary Woods, President Nixon’s personal secretary, tells a federal court that she is responsible for the 18-1/2 minute gap in a key Watergate tape

1975 – Lynette”Squeaky” Fromme is found guilty by a federal jury in Sacramento CA of attempting to assassinate U.S. President Ford

1975 – Exiled Afrikaans writer and anti-apartheid activist Breyten Breytenbach is arrested for illegally re-entering South Africa with a false passport, and sentenced to nine years imprisonment for treason under the Terrorism Act by the Pretoria Supreme Court. He remained a political prisoner until December 1982, when he was released amid strong international intervention

1977 – In the UK, the Southern Television broadcast is interrupted for six minutes by a hijacker who claimed to be a representative of an ‘Intergalatic Association’ issuing a sound-only warning that “All your weapons of evil must be removed” and “You have but a short time to learn to live together in peace” – the hijacker was never apprehended

1980 – Three young black South African men, Noimbithi Johnson Lubisi, Petrus Tsepo Mashigo, and Naphtali Manani, are found guilty of high treason, and the murder of two women during a bank robbery with aggravating circumstances. None of the three had been present at the shoot-out at the bank, but were among nine men tried for the bank robbery in accordance with the “common purpose” doctrine. The ANC called on the UN to impose sanctions against the South African regime, and asked the world community to intervene to save the three condemned men. In June, 1982, President Viljoen commuted their death sentences

1983 – At Britain’s Heathrow Airport, 6,800 gold bars worth nearly £26 million plus diamonds and cash are stolen from the Brink’s-Mat vault – some of the robbery gang were caught and convicted, but most of the gold has never been recovered 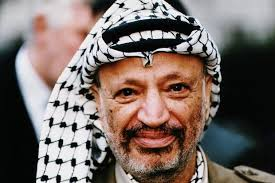 1992 – Britain’s Queen Elizabeth II voluntarily takes her children off the public payroll, and begins paying taxes on her income

1997 – The U.S and North Korea meet at the State Department for high-level discussions for the first time 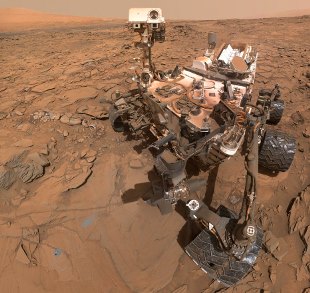 2017 – Islamic fundamentalist protesters in Pakistan began dispersing after striking a deal with the government. The government said law minister Zahid Hamid would step down in return for an end to the demonstrations, which had brought the country’s capital, Islamabad, to a halt for weeks. Two people were killed in clashes after armed security forces tried to remove protesters blocking a road between Islamabad and the neighboring city of Rawalpindi. Protesters accused Hamid of blasphemy because they said changes in the wording of the oath of office for public officials weakened a requirement to refer to the Prophet Mohammed

Nona Blyth Cloud has lived and worked in the Los Angeles area for the past 50 years, spending much of that time commuting on the 405 Freeway. After Hollywood failed to appreciate her genius for acting and directing, she began a second career managing non-profits, from which she has retired. Nona has now resumed writing whatever comes into her head, instead of reports and pleas for funding. She lives in a small house overrun by books with her wonderful husband.
View all posts by wordcloud9 →
This entry was posted in History, Holidays, On This Day and tagged Breyten Breytenbach, Charles Schulz, Kara Walker, Ruth Patrick, Sarah Moore Grimké, Xavier Cugat, Đặng Thùy Trâm. Bookmark the permalink.
Loading Comments...
%d bloggers like this: