Have a Bagel Day 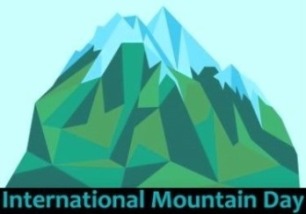 Malaysia – Selangor:
Birthday of the Sultan

1282 – Battle of Orewin Bridge: Llewelyn ap Gruffydd, the last native Prince of Wales, is killed at Cilmeri, in central Wales

1688 – Glorious Revolution: James II of England, trying to flee to France, allegedly throws the Great Seal of the Realm into the Thames

1781 – Kaleidoscope Day * – Sir David Brewster born, Scottish mathematician, astronomer and science historian; noted for his contributions to the field of optics, and as the inventor of the kaleidoscope

1815 – The U.S. Senate creates a select committee on finance and a uniform national currency, predecessor of the United States Senate Committee on Finance

1844 – Dr. Horace Wells becomes the first patient to have a tooth extracted under anesthetic (Nitrous Oxide)

1863 – Annie Jump Cannon born, American astronomer; In 1896 she was hired at the Harvard College Observatory, remaining there for her entire career. She worked on the the Harvard Spectral Classification System, first developed by Edward Pickering, Director of the Observatory, which she helped to further develope, refine and implement. Her cataloging work, classifying 350,000 stars, was a major contribution to the development of contemporary stellar classification. She reorganized the classification of stars in terms of surface temperature in spectral classes O, B, A, F, G, K, M, and catalogued over 225,000 stars for the monumental Henry Draper Catalogue of stellar spectra, (1918-1924). Cannon had to overcome being nearly deaf throughout her career. She was a suffragist and member of the National Women’s Party, and worked to help women gain acceptance and respect within the astronomical community. The American Astronomical Society presents the annual Annie Jump Cannon Award for distinguished work in astronomy to women astronomers

1876 – Eliza Suggs born, American author, the daughter of former slaves; she was born with Osteogenesis imperfect (brittle bone disease), and suffered frequent bone breakage from infancy on. She was unable to move around normally, and had to be pushed in a special chair to school, and be carried in the chair up and down stairs to and from the classroom. Her book, Shadow and Sunshine, was published in 1906. She died at age 32 in 1908

1910 – Mildred Cleghorn born aka Eh-Ohn or Lay-a-Bet, Chiricahua Apache, first chair of the Fort Sill Apache Tribe (1976-1995), educator and traditional doll maker. She was one of the last Chiricahua Apaches to be born under “prisoner of war” status; she worked as a home extension agent (a federal program through land grant colleges) and a home economics teacher. She was a cultural leader and worked to sustain the history and traditional culture of the Chiricahua people. Some of her dolls were exhibited at the 1967 Smithsonian Folklife Festival. In 1996, she was one of a group of plaintiffs from several tribes filing a class action lawsuit against the federal government for failure to properly manage Indian trust assets on behalf of all present and past individual Indian trust beneficiaries, Cobell v. Salazar, which was settled in 2009 for $3.4 billion USD in favor of the plaintiffs. Cleghorn died in 1997. The suit was finally settled one week after what would have been her 99th birthday if she had lived

1916 – Elena Garro born, Mexican novelist and playwright; noted for the political and social causes in her work, including Indian rights; she was married to Octavio Paz (1937-1959) 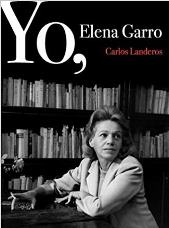 1920 – Mary Ivy Burks born, American reporter and environmental activist; founding member and first president of the Alabama Conservancy; she began work as a reporter in 1942 at the Birmingham Post, but she was married in 1946, and left her job after the birth of her son. Doing community volunteer work, she met Blanche Evans Dean, a schoolteacher who had become a passionate naturalist and conservationist, and became interested in preserving Alabama’s wilderness areas. In 1967, the Alabama Conservancy (now called the Alabama Environment Council) held its first meeting in her home. The Wilderness Act of 1964 posed a threat to national forest around the nation. During this time, the U.S.Congress did not view national forest as recreational; instead national forests were largely used for cutting timber. The Conservancy began field studies in 1969, in the Bankhead National Forest, Alabama’s oldest national forest, and gained the suspension of timber cutting and road construction for a year, while hearing were held. The group focused on the Sipsey Wilderness within the Bankhead National Forest, campaigning to get it recognized on the National Wilderness Preservation System. Burks spoke in front of Congress,  and the fight she spearheaded led to the 1974 Eastern Wilderness Act. In January, 1975, legislation was signed to protect the Sipsey Wilderness. Burks died in 2007, at the age of 87. In 2010, she was inducted in the Alabama Women’s Hall of Fame

1922 – Grace Paley born, American author, poet, pacifist and anti-war activist. During the Vietnam War, she joined the War Resisters League, and in 1968, she signed the “Writers and Editors War Tax Protest” pledge to refuse tax payments in protest against the Vietnam War. In 1969, Paley accompanied a peace mission to Hanoi to negotiate the release of prisoners of war. She served as a delegate to the 1974 World Peace Conference in Moscow and, in 1978, was arrested as one of “The White House Eleven” for unfurling an anti-nuclear banner (that read “No Nuclear Weapons—No Nuclear Power—USA and USSR”) on the White House lawn. In the 1990s Paley campaigned for human rights and against U.S. military intervention in Central America. Noted for her short story collections, .The Little Disturbances of Man, and Enormous Changes at the Last Minute

1925 – Roman Catholic papal encyclical Quas primas (Latin: ‘in the first’) introduces the Feast of Christ the King – endorsing Christ’s claim to kingship as creator and redeemer, extending it over all societies as well as individuals, which owe Christ obligations and submission as king

1930 – The Bank of the United States in New York fails

1931 – Statute of Westminster 1931: British Parliament establishes legislative equality between the UK and the Dominions of the Commonwealth—Australia, Canada,  Newfoundland, New Zealand, South Africa, and Ireland

1941 – Germany and Italy declare war on the United States

1946 – The UN General Assembly establishes the UN International Children’s Emergency Fund (UNICEF) to provide relief to children in war-devastated countries, expanding its mission as times changed, becoming a vocal advocate for children, and taking part in the drafting of the Convention on the Rights of the Child which was ratified by the UN General Assembly in 1989

1953 – Bess Armstrong born, American film, stage and television actress;  In 1991, she spoke out about her abortion in the book The Choices We Made: Twenty-Five Women and Men Speak Out About Abortion

1967 – A Concorde prototype is shown for the first time, in Toulouse, France

The Concorde prototype being assembled

1968 – The Rolling Stones Rock and Roll Circus, featuring the Rolling Stones, Jethro Tull, The Who, Taj Mahal, Marianne Faithfull, and The Dirty Mac with Yoko Ono, is filmed in Wembley, London

1971 – James Brown releases his album, Revolution of the Mind

1980 – Comprehensive Environmental Response, Compensation, and Liability Act is enacted by U.S. Congress, setting up a $1.6 billion “superfund” for cleaning up chemical spills and toxic waste dumps

1980 – Adi Keissar born, Israeli poet and founder of the cultural group Ars Poetica, which stages monthly poetry events; she has published three collections of poetry, and is the editor of two Ars Poetica anthologies

1986 – South Africa expands its media restrictions by imposing prior censorship and banning coverage of a wide range of peaceful anti-apartheid protests. On the same day, Matthews Mapumolo, a member of the African National Congress (ANC), dies in police custody after a group of armed men shot him, abducted him from his home in Swaziland, then turned him over to the security police. He was one of hundreds of people who died in detention during the struggle against apartheid

1991 – Salman Rushdie, under Islamic death sentence for blasphemy, makes his first public appearance since 1989, at a dinner in NYC for the 200th anniversary of the First Amendment

1997 – At a global warming conference in Kyoto, Japan, over 150 countries agree to take steps to control greenhouse gas emissions

2001 – U.S. President George W. Bush announces he will withdraw the U.S. from the 1972 Anti-Ballistic Missile Treaty with Russia

2002 – A congressional report finds that prior to September 11, 2001, U.S. intelligence agencies were poorly organized, poorly equipped and slow to pursue clues that might have prevented that day’s terrorist attacks

2003 – UN General Assembly designates December 11 as International Mountain Day * to increase awareness of the importance of mountains to life, and the need to protect them, while building alliances to improve the lives and preserve the cultures of mountain peoples across the globe. Mountains cover 22% of the earth’s land surface

2008 – Bernard Madoff is arrested, accused of running a $50 billion Ponzi scheme; he  pleads guilty and is sentenced to 150 years in prison

2012 – New educational standards which will affect 46 out of 50 U.S. states, backed by the National Governors’ Association, the Council of Chief State School Officers, and which will be partly funded from the Bill & Melinda Foundation, will require that at least 70% of books studied be non-fiction. School should dump books like Catcher in the Rye and To Kill a Mockingbird in favor of such suggested non-fiction texts as Recommended Levels of Insulation by the U.S. Environmental Protection Agency, and the Invasive Plant Inventory by California’s Invasive Plant Council. The new curriculum would emphasize  “informational texts,” to be implemented by 2014, supposedly to better prepare students for future workplace reading material

2017 – Three women who accused Donald Trump in 2016 of sexual misconduct revived their allegations for what they called “round two,” sharing them on the Megyn Kelly Show and appealing for a congressional investigation. In all, 16 accusers are calling for an investigation, hoping to get a broader hearing for their stories thanks to the still-building strength of the #MeToo anti-sexual harassment movement. Trump has denied all of the accusations, and the White House dismissed the renewed public airing of the stories, saying that the questions had been “litigated” in last year’s election and included nothing new. Privately, some Trump aides acknowledged that the allegations could pose problems for Trump in the newly charged atmosphere

Nona Blyth Cloud has lived and worked in the Los Angeles area for the past 50 years, spending much of that time commuting on the 405 Freeway. After Hollywood failed to appreciate her genius for acting and directing, she began a second career managing non-profits, from which she has retired. Nona has now resumed writing whatever comes into her head, instead of reports and pleas for funding. She lives in a small house overrun by books with her wonderful husband.
View all posts by wordcloud9 →
This entry was posted in History, Holidays, On This Day and tagged Aleksandr Solzhenitsyn, Annie Jump Cannon, Elena Garro, Eliza Suggs, Mildred Cleghorn, Naguib Mahfouz, Salman Rushdie. Bookmark the permalink.