1192 – Richard I of England, aka Richard the Lionheart, is captured and imprisoned in Dürnstein Castle by Leopold V of Austria on his way home to England after the Third Crusade; Pope Celestine III excommunicated Duke Leonard for detaining a crusader, who transferred Richard to captivity by Henry VI, Holy Roman Emperor, who demanded a ransom of 100,000 pounds of silver to release him (Henry was also excommunicated by the ransom, and Richard was finally released in February of 1194

1522 – Siege of Rhodes: The siege ends after six months as Suleiman the Magnificent  accepts the surrender of the surviving Knights of Rhodes, who are allowed to evacuate. They eventually settle on Malta and become known as the Knights of Malta

1803 – The U.S. Senate ratifies a treaty to purchase Louisiana Territories from France for $15 million, and the Louisiana Purchase is completed at a ceremony in New Orleans

1812 – Laura M. Hawley Thurston born, American poet and educator who used the pen name Viola; many of her poems were published in the Louisville Journal; after graduating from Brace’s Female Seminary, she taught  in Connecticut and Pennsylvania before becoming the assistant to John brace at her alma mater, until 1837, when she was hired to the principle of the Academy at New Albany, Indiana. She married in 1839, and resigned her position at the Academy, but continued to be a frequent contributor to western newspapers as “Viola,” and earned a growing reputation as an outstanding writer. But in 1842, she died at the age of 29

1859 (?) – Elsie de Wolfe born, a pioneer and the most famous name in American interior design from the early 1900s into the 1930s, influencing the change from dark and cluttered Victorian interiors to a lighter brighter, color palette, more open space in furniture placement, with window coverings which allow much more natural light into a room

1860 – After refusing to collect federal import tariffs, South Carolina is the first state to attempt to secede from the United States, but a Compromise Tariff passed by Congress defuses the immediate crisis

1861 – Ivana Kobilca born, the most prominent Slovene woman painter, who painted mostly in oils in the realist style, noted for her portraits and other figurative works 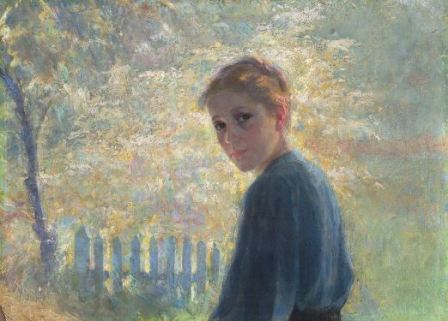 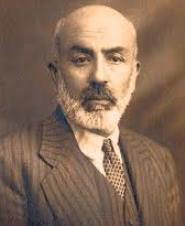 1898 – Irene Dunne born, actor-singer, nominated five times for Academy Awards. In 1985, awarded for Lifetime Achievement at the Kennedy Center Honors. Appointed in 1957 as an alternate U.S. delegate to the United Nations in recognition of her interest in international affairs, and was a devout Catholic who devoted her retirement years to civic and philanthropic causes, including founding the Irene Dunne Guild, which raised over $20 million USD for St. John’s Hospital in Santa Monica, CA, and continues to give ongoing support the hospital.  In 1965, she became the first woman elected to the board of directors of Technicolor

1900 – Second Anglo-Boer War: Lord Kitchener, after taking over command of British forces, realizes that the Boers, who are fighting a guerilla war, are getting help from civilians, especially women and children, and proposes the establishment of concentration camps around the country were Afrikaaner women and children would be confined. By the end of the war, 27,000 women and children in the camps had died of starvation or illness, which led to the rise of Afrikaaner Nationalism, culminating in their Nationalist Party seizing power in the 1948 elections

1904 – Yevgenia Ginzburg born, Russian journalist and author who was accused of being a Trotskyist and served an 18 year sentence, mostly in a harsh Kolyma valley camp in the Gulag; she was recommended by Anton Walter, an exiled German doctor, for a nursing position, which probably saved her life; they were later married; her many vigorous appeals to authorities finally got her case reconsidered after the death of Joseph Stalin; her memoir, Journey into the Whirlwind, was smuggled out of the USSR, and published in Italy and Germany

1911 – Hortense Calisher born, American novelist and memoirist; second woman president of the American Academy of Arts and Letters (1987). Noted for Journal from Ellipsia; On Keeping Women; and In the Palace of the Movie King

1915 – The last Australian troops are evacuated from Gallipoli, after 19,441 Australians were wounded, and 8,709 died under heavy artillery fire and harsh winter conditions

1917 – Cheka, the first of a succession of Soviet ‘state security’ agencies (secret police), is instituted by a decree from Vladimir Lenin – thousands of dissidents, deserters, or other people are arrested, tortured and executed by Cheka groups during the ‘Red Terror’

1924 – Judy LaMarsh born, Canadian politician, lawyer and writer; as Secretary of State, she was the second woman to serve as a Canadian federal Cabinet Minister; campaigned for the Canada Pension Plan and Medicare

1924 – Adolf Hitler is released from Landsberg Prison, where he was serving a sentence for a failed coup attempt in Munich the year before – he dictated the first volume of Mein Kampf during his imprisonment

1929 – Polly Welts Kaufman born, American historian, teacher and activist for equality, noted for her many books on women’s history, including National Parks and the Woman’s Voice, Women Teachers On the Frontier, and Apron Full of Gold. After graduating from Brown University in 1951, she was asked in her interview for a high school teaching job in Rhode Island if she was married or going to be married, then told to look elsewhere for employment when she said “Yes.” Kaufman was an a civil rights activist for school desegregation, and ran a program insuring that for the first time, over 100 public schools had books by African American authors and books on black history. She taught women’s history for over 20 years, at the University of Massachusetts Boston and at the University of Southern Maine

1933 – The film Flying Down to Rio debuts in New York, the first time Fred Astaire and Gingers Rogers dance together on film 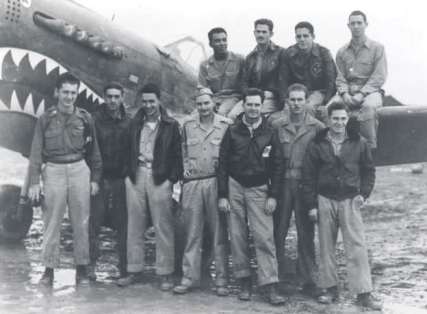 Pilots in the American Volunteer Group, the “Flying Tigers”

1948 – Carol Smart born, British feminist sociologist, criminologist and author; noted for Women, Crime and Criminology: a feminist critique (1976), which deals with the
“overwhelming lack of interest in female criminality displayed by established criminologists and deviancy theorists” and their “entirely uncritical attitude towards sexual stereotypes of women and girls.”

1951 – Kate Atkinson born, English author; her first novel, Behind the Scenes at the Museum,  won the 1995 Whitbread First Novel Award and the Book of the Year Prize; Life After Life, winner of the 2013 Costa Novel Award, and A God in Ruins, which won the 2015 Costa Novel Award; also noted for her Jackson Brodie private detective series

1951 – Nuala O’Loan born, Baroness O’Loan; Northern Irish public figure; member of the House of Lords as of 2009; the first Police Ombudsman for Northern Ireland (1999-2007). She is a columnist with The Irish Catholic weekly newspaper, and resigned from the Medical Ethics Committee of the British Medical Association (BMA) over the watchdog’s support for the extension of Britain’s abortion law to Northern Ireland

1951 – The EBR-1 in Arco, Idaho is the first nuclear power plant to generate electricity, which powers four light bulbs

1951 – Marta Russell born, American author, graphic artist and disability rights activist; diagnosed as an infant with Cerebral Palsy; Beyond Ramps: Disability at the End of the Social Contract (1998) and in 2016, reissued in a Kindle edition 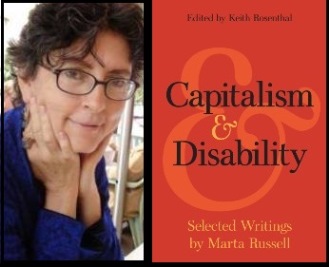 1955 – Cardiff is proclaimed the capital city of Wales, United Kingdom

1963 – The Berlin Wall is opened for the first time to West Berliners, who were allowed one-day visits to relatives in the Eastern sector for the holidays

1971 – The international aid organization Médecins Sans Frontières (Doctors Without Borders) is founded by Dr. Bernard Kouchner and a group of journalists in Paris, France

1972 – Sarah Jones born, British Labour politician; Member of Parliament for Croydon Central since 2017; she was previously head of campaigns at the housing charity Shelter

1981 – The musical Dreamgirls premieres on Broadway

1991 – Egyptian and U.S. archaeologists discover a 5000-year-old fleets of ships near the Nile in Abydos, believed to be the royal ships, possibly belonging to the second dynasty Pharaoh Khasekhemwy, and probably used for burial of royals. Analysis of the wood revealed its origins were Turkish

1999 – Macau is handed over to China by Portugal

2001 – The U.S. Congress passes a $20 billion package to finance “the war against terrorism” in Afghanistan

2005 – International Human Solidarity Day * – The UN General Assembly identifies solidarity as one of the fundamental and universal values which should underlie relationships between peoples in the 21st century – in 2002, it had established the World Solidarity Fund as a trust fund of the UN Development Programme, to eradicate poverty and promote human and social development, particularly among the poorest segments of the population

2007 – Queen Elizabeth II becomes oldest ever monarch of the UK, surpassing Queen Victoria, who lived for 81 years, 7 months and 29 days 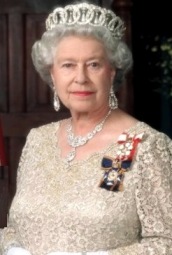 2018 – A New York judge rejected a motion to dismiss the sexual assault case against former film producer Harvey Weinstein. The disgraced movie mogul was arrested in May on six criminal charges over the alleged sexual assault of three women. His lawyers had challenged the reliability of his accusers and the conduct of investigators for months, but the judge rejected the dismissal motions in under 10 minutes. One woman’s charges were dropped in October due to emails that were not shared with a grand jury, but the other five charges from two women remain and were allowed to move forward. Despite the ruling, Weinstein’s lawyer said that he is still confident that Weinstein will be “completely exonerated” when the case goes to trial. The trial is set to begin in January, 2020

Nona Blyth Cloud has lived and worked in the Los Angeles area for the past 50 years, spending much of that time commuting on the 405 Freeway. After Hollywood failed to appreciate her genius for acting and directing, she began a second career managing non-profits, from which she has retired. Nona has now resumed writing whatever comes into her head, instead of reports and pleas for funding. She lives in a small house overrun by books with her wonderful husband.
View all posts by wordcloud9 →
This entry was posted in History, Holidays, On This Day and tagged Ivana Kobilca, Kan’ichi Asakawa, Mehmet Akif Ersoy, Nalo Hopkinson, Polly Welts Kaufman, Sandra Cisneros, Vespasian. Bookmark the permalink.
%d bloggers like this: