Make Up Your Mind Day

406 – Vandals, Alans and Suebians cross the Rhine, beginning an invasion of Gaul

1225 – The Lý dynasty of Vietnam ends after 216 years with the enthronement of the boy emperor Trần Thái Tông, husband of the last Lý monarch, Lý Chiêu Hoàng, starting the Trần dynasty

1493 – Eleonora Gonzaga, Duchess of Urbino, born; she was largely responsible for the internal government of Urbino during her husband’s exile from 1521 to 1538, and a notable patron of the arts, including the Italian painter Titian

1600 – The British East India Company was incorporated by royal charter, created to compete in the East Indian spice trade

1687 – The first Huguenots set sail from France for the Cape of Good Hope, taking vines with them that would become the foundation of the South African wine industry

1695 – The British window tax is imposed, resulting in many windows being bricked up

1711 – In spite of his military successes for England, the Duke of Marlborough is dismissed as commander-in-chief, in part due to a falling-out between his wife Sarah and Queen Anne, who dismissed her from court 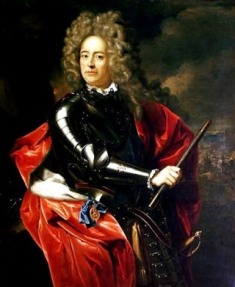 1790 – Efmeris, the oldest Greek newspaper of which issues have survived till today, is published for the first time

1796 – The incorporation of Baltimore as a city

1805 – Marie d’Agoult born in Germany, French historian and author who used the pen name Daniel Stern to publish her three volume Histoire de la révolution de 1848, and several other works, including her novels Nélida and Mes souvenirs;  after divorce from her husband, the Comte d’Agoult in 1835, she lived with Franz Liszt – they had three children together but never married

1813 – Geneva’s re-establishment as a republic is proclaimed. Over 15 years after Napoleon annexed the city, the last French troops leave on December 30

1853 – A New Years Eve dinner party for 21 scientists is held inside a life size model of an Iguanodon dinosaur on the grounds of the Crystal Palace in London. Sculptor Benjamin W. Hawkins teamed up with paleontologist Richard Owen to create more than 2 dozen life-size models of dinosaurs for a special exhibit

1874 – Holbrook Jackson born, British editor, essayist, critic, poet and journalist; noted for The Anatomy of Bibliomania and The Fear of Books

1878 – ‘Elizabeth Arden’ born as Florence Nightingale Graham; Canadian-American businesswoman who founded Elizabeth Arden, Inc. By 1929, she owned 150 salons in Europe and the United States, and her products were being sold in 22 countries. She was the sole owner, and at the peak of her career she was one of the wealthiest women in the world. Archrival of Helen Rubenstein 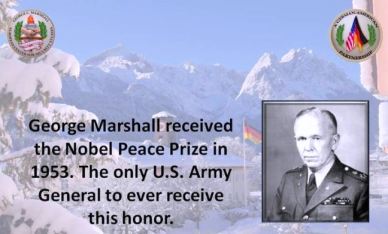 1891 – New York’s new Immigration Depot opens on Ellis Island, with improved facilities to cope with the massive numbers of arrivals

1914 – Mary Logan Reddick born, African-American neuroembryologist; noted for worked on embryo chick blastoderm, transplanting tissues, nerve cell differentiation and time-lapse microscopy; first woman biology instructor at Morehouse College in 1939; she was a full professor and chair of the biology department at the University of Atlanta (1953- 1966) 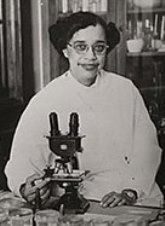 1919 – Recy Taylor born, black American sharecropper. When she was a 24-year-old wife and mother walking home from church with two friends on the evening of September 3, 1944, she was abducted and raped by six white men armed with guns and knives. After she reported the crime, white vigilantes set her porch on fire. The story was widely covered in the black press, and the NAACP sent Rosa Parks, later famed for refusing to give up her seat on the bus, as an investigator. In spite of the outcry among African-Americans, including prominent black leaders like W.E.B. Dubois, across the nation, two all-white-male grand juries refused to indict the men, even though one of them admitted to having sex with her, but claimed the men had paid her. In 2010, historian Danielle L. McGuire published her doctoral dissertation, “At the Dark End of the Street: Black Women, Rape, and Resistance — a New History of the Civil Rights Movement From Rosa Parks to the Rise of Black Power.” Her account of Recy Taylor’s story prompted the Alabama Legislature to issue an official apology to Mrs. Taylor in 2011, calling the failure to prosecute her attackers “morally abhorrent and repugnant.”

1919 – Carmen Contreras-Bozak born in Puerto Rico, first Hispanic American to serve in the U.S. Women’s Army Corp (WAC) and one of the first to go overseas, working as an interpreter and also transmitting encoded messages (1942-1945)

1923 – In London, the BBC first broadcasts the chimes of Big Ben

1937 – Tess Jaray born, British painter-printmaker; has completed a number of major public art projects, including the terrazzo pattern design for the London Victoria train station and the forecourt of the new British Embassy in Moscow; Honorary Fellow of the Royal Institute of British Architects

The Edge of Printing, by Tess Jaray

1938 – The Harger ‘Drunkometer’, the first alcohol breath testing device, was introduced in Indiana

1940 – During a dispute between the radio networks and ASCAP (the American Society of Composers and Publishers), the radio industry was banned for ten months from playing any ASCAP-licensed music 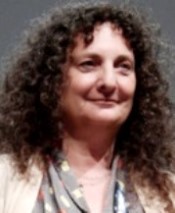 1955 – General Motors becomes the first U.S. corporation to earn over a billion dollars in a single year

1960 – The farthing coin, used in Britain since the 13th century, ceases to be legal tender

1961 – The U.S. Marshall Plan expires after distributing over $12 billion in foreign aid

1974 – Private U.S. citizens are allowed to buy/own gold for the first time in 40 years

1978 – Taiwanese diplomats struck their colors for the last time from their Washington DC embassy flagpole, marking the end of diplomatic relations with the U.S.

1995 – Dr. Barbara Condron of the School of Metaphysics launched the first Universal Hour of Peace * on October 24, to mark the 50th anniversary of the United Nations and the autumnal equinox – it is now celebrated annually from 11:30 PM on December 31 to 12:30 AM on January 1 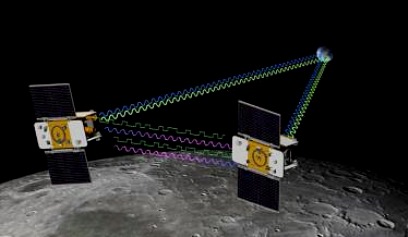 2017 – U.S. Chief Justice John Roberts announced that the judiciary system would undergo an evaluation to make sure that law clerks and other court employees were adequately protected from sexual harassment. The statement, in Roberts’ 2017 State of the Judiciary Report, came after a prominent appeals court judge, Alex Kozinski, stepped down in November after The Washington Post uncovered allegations that he had subjected former law clerks and other women to sexually inappropriate conduct. “Events in recent months have illuminated the depth of the problem of sexual harassment in the workplace, and events in the past few weeks have made clear that the judicial branch is not immune,” Roberts wrote

2017 – State TV in Iran reported that at least 10 people were killed in anti-government street protests in the troubled nation. Tens of thousands of people have participated in the demonstrations, which spread across the nation for several days in the most significant challenge to the Islamic Republic’s leadership since 2009 calls for reform. Demonstrators demanded Supreme Leader Ayatollah Ali Khamenei step down, expressing anger about corruption and the state of their economy. Some chanted that the government was full of thieves and should focus on creating jobs rather than pursuing costly proxy wars in Syria and other countries in a battle for regional influence against rival Saudi Arabia

Nona Blyth Cloud has lived and worked in the Los Angeles area for the past 50 years, spending much of that time commuting on the 405 Freeway. After Hollywood failed to appreciate her genius for acting and directing, she began a second career managing non-profits, from which she has retired. Nona has now resumed writing whatever comes into her head, instead of reports and pleas for funding. She lives in a small house overrun by books with her wonderful husband.
View all posts by wordcloud9 →
This entry was posted in History, Holidays, On This Day and tagged Andreas Vesalius, Carmen Contreras-Bozak, Garry Kasparov, Henri Matisse, Marie d'Agoult, Mary Logan Reddick, Selma Burke. Bookmark the permalink.
Loading Comments...
%d bloggers like this: