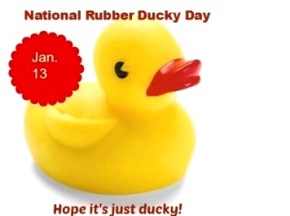 Art in the Park at Triangle & Rocket Parks

532 – In Constantinople, a quarrel between supporters of different chariot teams—the Blues and the Greens — in the Hippodrome escalates into the Nika (Win!) riots, with days of burning and looting that destroys half the city and an estimated 30,000 dead

915 – Al-Hakam II born, Caliph of Córdoba (961-976), the second Umayyad Caliph of Córdoba; noted for securing a peace with the Catholic kingdoms of northern Iberia, and his patronage of scholars; his personal library is said to have contained thousands of books,  many on history and the sciences. He employed the woman mathematician Lubna of Córdoba as his private secretary

1338 – Siege of Dunbar Castle:  ‘Black Agnes’ Randolph, Countess of Dunbar and March was known for her dark complexion, and became renowned for her heroic defence of Dunbar Castle in East Lothian against an English siege led by William Montagu, 1st Earl of Salisbury, which began on January 13, 1338, and last until June 10, 1338, during the Second Scottish War of Independence (1331-1341). Her husband, Patrick Dunbar, the 9th Earl of March, was away fighting, when an English force of 20,000 laid siege to Dunbar Castle, but Lady Agnes refused to surrender. Legend says she declared, “Of Scotland’s King I haud my house, I pay him meat and fee, And I will keep my gude auld house, while my house will keep me.” Salisbury’s army began the siege using a gigantic siege tower called a sow to hurl boulders and lead shot at the ramparts. Black Agnes set one of her ladies-in-waiting to dusting off the ramparts with her handkerchief, and called out that Salisbury should  “take good care of his sow, for she would soon cast her pigs, (meaning his men), within the fortress.” She then ordered that one of the hurled boulders be thrown down from the battlements unto the sow, which was crushed to pieces. When one of the Scottish archers struck an English soldier standing next to Salisbury, the earl is said to have cried out, “There comes one of my lady’s tire pins; Agnes’s love shafts go straight to the heart.” Unable to make progress by siege, Salisbury turned to craft. He bribed the Scotsman who guarded the principal entrance, advising him to leave the gate unlocked or to leave it in such a manner that the English could easily break in. However, the Scotsman, though he took the Englishman’s money, reported the stratagem to Agnes, so she was ready for the English when they made entry. Although Salisbury was in the lead, one of his men pushed past him just at the moment when Agnes’s men lowered the portcullis, separating him from the others. Agnes, of course, had meant to trap Salisbury, but she moved from stratagem to taunt, hollering at the earl, “Farewell, Montague, I intended that you should have supped with us, and assist us in defending the Castle against the English.” After John Randolph, 3rd Earl of Moray, captured Agnes’ brother, the English threw a rope around his neck and threatened to hang him if Agnes did not surrender the castle. However, she responded that his death would only benefit her, as she would inherit his earldom. (She was not actually in line for the earldom, so either she was taking a gamble with her brother’s life, or the story came later.) As a last resort, Salisbury decided to isolate the castle from the roads and any communication with the outside world, trying to starve out the Countess and her garrison, but Ramsay of Dalhousie, who had justly earned a reputation for being a constant thorn in the English king’s side, got wind of what the English were trying and moved from Edinburgh to the coast with forty men. Appropriating some boats, Ramsay and his company approached the castle by sea and entered the postern next to the sea. Charging out of the castle, the Scotsmen surprised Salisbury’s advance guard and pushed them all the way back to their camp. After five months, Salisbury gave up and lifted the siege, but the triumph of a Scotswoman over an English army lives on in a ballad, which puts these words in Salisbury’s mouth: “Cam I early, cam I late, I found Agnes at the gate.”

1435 – Pope Eugene IV issues the Sicut Dudum, forbidding the enslavement of the Guanche natives in Canary Islands by the Spanish

1750 – The Treaty of Madrid between Spain and Portugal authorizes an expansion of Brazil’s borders with the Spanish territories, borders that were originally established in the 1494 Treaty of Tordesillas

1793 – Nicolas Jean Hugon de Bassville, ambassador from Revolutionary France, is lynched by a Roman mob for making derogatory remarks about the Pope and Catholicism

1808 – Salmon P. Chase born; Secretary of the Treasury under Abraham Lincoln, and later Chief Justice of the Supreme Court

1810 – Ernestine Rose born in Poland, American Jewish free thinker, atheist, feminist and abolitionist; by age 14, she had renounced all Jewish laws and customs that relegated women to an inferior status. When she was 16, she inherited a significant amount of property, but without consulting her, her father arranged for her to marry a man his own age, and signed over her inheritance as the dowry. She took her inheritance claim to a Polish court, where she won a legal endorsement of it. She left Poland the following year, having to leave most of her inheritance to her father, and moved to Berlin, then the Netherlands. She next spent time in Paris before moving to England, where she married reformer and silversmith William Rose in 1836. They immigrated to New York, where she became a leader and an intellectual force in the women’s rights movement, campaigning against the law that deprived married women of control over the wages they earned or any property that was theirs before they married. New York became the first state to pass the Married Women’s Property Act. She also fought for the abolition of slavery and a ban on the manufacture of alcoholic beverages.  In 1869, she was a co-founder, with Susan B. Anthony and Elizabeth Cady Stanton, of the National Woman Suffrage Association, aiming at passage of a constitutional amendment to give women the right to vote.

1854 –  Anthony Faas is granted the first U.S. patent for the accordion, making improvements to the keyboard and enhancing the sound

1888 – The National Geographic Society is founded in Washington, D.C.

1898 – Émile Zola’s J’accuse…! exposes the miscarriage of justice in the Dreyfus affair 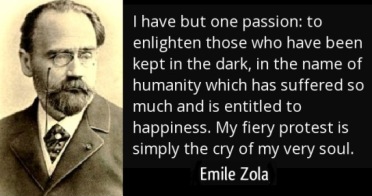 1900 – Gertrude M. Cox born, American statistician who was a pioneer in the development of modern statistical methods. In 1940, she was the first woman to receive a professional appointment at North Carolina State University, as the head of the newly established Department of Experimental Statistics. Even after her official retirement, she continued to promote the development of statistical programs with work in Thailand and Egypt. Cox co-authored (with William G. Cochran) the classic book, Experimental Designs (1950). She stressed that before beginning research, the outline of the data analysis plan should be drawn up. This approach avoids afterwards choosing analysis to give preconceived desired results.

1901 – A.B. Guthrie Jr. born, American novelist, historian and screenwriter; 1950 Pulitzer Prize for Fiction for The Way West; nominated for an Academy Award for the screenplay based on his novel Shane (1953) 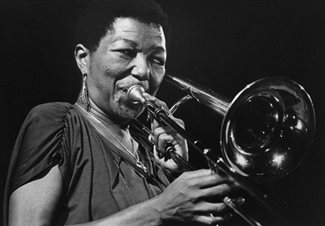 1938 – Anna Home born, English children’s television producer for the BBC; her career spanned from Play School in the 1960s to her last project, Teletubbies, before her retirement in 1997

1942 – Henry Ford patents a plastic automobile, which is 30% lighter than a regular car

1957 – The Frisbee is invented; the Frisbee Pie Company of Connecticut pie tins were the inspiration for the Frisbee. Legend has it that a Wham-O employee saw drivers for the pie company showing Yale students how to throw the pie tins

1957 – Claudia Emerson born, American poet; 2006 Pulitzer Poetry Prize for Late Wife; Poet Laureate of Virginia (2008-2010); she was the poetry editor for the Greensboro Review and a contributing editor for the literary magazine Shenandoah. Emerson died in 2014 from colon cancer at age 57

1957 – Lorrie Moore born, American fiction writer; noted for humorous and poignant short stories; won the 1998 O. Henry Award for her short story “People Like That Are the Only People Here”

1959 – Winnie Byanyima born, Ugandan aeronautical engineer, politician, and diplomat; Executive Director of Oxfam International since 2013; Director of the Gender Team in the Bureau for Development Policy at the UN Development Programme (2006-2013); the first Ugandan woman to earn a degree in aeronautical engineering, at the University of Manchester, and a master’s degree in mechanical engineering at Cranfield University. She went to work as a flight engineer for Uganda Airlines, but joined the National Resistance Army during the Ugandan Bush War (1981-1986), then became Uganda’s Ambassador to France (1989-1994), and a Member of the Ugandan Parliament (1994-2004)

1964 – UN Secretary General U Thant names a team of four experts to investigate apartheid in South Africa: Sir Edward Asafu-Adjaye from Ghana, Josip Djerdja of Yugoslavia, Sir Hugh Foot of the United Kingdom, and Alva Myrdal from Sweden. The team is tasked with searching for peaceful means to resolve the situation, and ways to restore human rights and fundamental freedoms to all inhabitants of South Africa 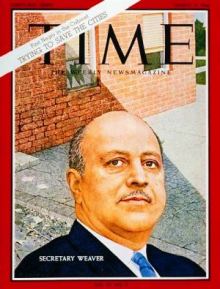 1967 – The first Stephen Foster Memorial Day * which commemorates his achievements on the date of his death in 1864 – Foster has been hailed as ‘the father of American music’ and wrote over 200 songs, including ‎”Oh! Susanna” “Beautiful Dreamer” and “Camptown Races”

1978 – U.S. Food and Drug Administration requires all blood donations to be labeled “paid” or “volunteer” donors

1993 – The Convention on the Prohibition of the Development, Production, Stockpiling and Use of Chemical Weapons and on Their Destruction is signed in Paris

2003 – Two western rebel groups of the Côte d’Ivoire (Ivory Coast), the Movement for Justice and Peace and Ivorian Popular Movement of the Greater West, sign a truce with the government, and agree to participate in peace talks

2018 – At 8:07 AM local time in Hawaii, the Emergency Alert System and Commercial Mobile Alert System issued a ballistic missile alert over television, radio, and cellphones, but no Civil Defense outdoor warning sirens were sounded.  A second message, sent 38 minutes later, announced that the first message was a false alarm

Nona Blyth Cloud has lived and worked in the Los Angeles area for the past 50 years, spending much of that time commuting on the 405 Freeway. After Hollywood failed to appreciate her genius for acting and directing, she began a second career managing non-profits, from which she has retired. Nona has now resumed writing whatever comes into her head, instead of reports and pleas for funding. She lives in a small house overrun by books with her wonderful husband.
View all posts by wordcloud9 →
This entry was posted in History, Holidays, On This Day and tagged Émile Zola, Ernestine Rose, Melba Liston, Robert C. Weaver, Shonda Rhimes, U Thant, Winnie Byanyima. Bookmark the permalink.
Loading Comments...
%d bloggers like this: