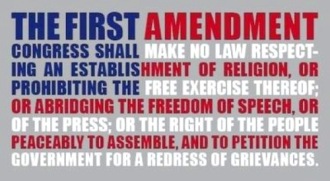 Mexico – Cancún: Playing in the Sand

27 BC – The Roman Republic ends as Gaius Julius Caesar Octavianus is granted the title Augustus by the Roman Senate, considered first Emperor of the Roman Empire

378 – General Siyai K’ak’(‘Fire is Born’), Mayan warlord, conquers Tikal, enlarging the domain of Atlati Cauac of  Teotihuacán (dubbed ‘King Spearthrower Owl’ by archaeologists because of the Mayan glyphs used for his name)

Warrior or priest dancing – from Teotihuacán

550 – During the Gothic War between the Byzantine Empire under Justinian I and the Ostrogothic Kings, King Totila’s troops conquer the city of Rome after a long siege by bribing the Isaurian garrison

972 – Chinese Emperor Shengzong of the Liao dynasty born; he succeeded his father 982, but was too young to rule, so his mother, Empress Dowager Xiao became regent. Emperor Taizong of the Northern Song dynasty  launched an invasion on the Liao dynasty’s southern capital (present-day Beijing) in the contentious Sixteen Prefectures in 986. Three large Song armies were sent to three different strategic locations on the approach to the southern capital, and were initially successful, But the young Emperor Shengzong, along with Empress Dowager Xiao, led an army of Liao cavalry to counter the enemy and defeated the Song forces at the Battle of the Qigou Pass in June. Empress Dowager Xiao appointed Yelü Xiuge as her senior general to continue attacks on the Song dynasty in retaliation until the following year. After the Liao carried out a large-scale invasion of Song territory in 1004, the Treaty of Shanyuan was signed, obligating the Song to pay an annual tribute of 200,000 bolts of silk and 100,000 taels of silver to the Liao in exchange for peace. Emperor Shengzong  institutionalized state examinations for officials and made feudal reforms, liberating many slaves, and actively patronized Buddhism. He ruled until his death in 1031 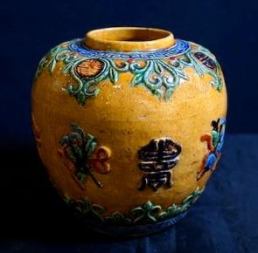 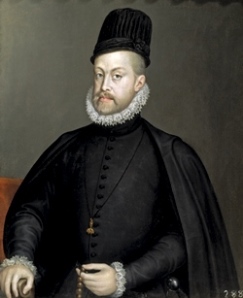 1572 – Thomas Howard, 4th Duke of Norfolk is tried for treason for his part in the Ridolfi plot to restore Catholicism in England, by assassinating Queen Elisabeth I and putting Mary Queen of Scots on the throne

1634 – Dorothe Engelbretsdotter born, Norway’s first recognized woman poet whose pen name was “Bergens Debora” considered a proto-feminist for her defense of female creative power; her first book, a collection of verses, hymns and devotional pieces, Siælens Sang-Offer, was her most successful

1707 – The Scottish Parliament ratifies the Act of Union, paving the way for the creation of Great Britain

1786 – The Virginia Statute for Religious Freedom was signed January 16, 1786, and is commemorated each year on National Religious Freedom Day *. Thomas Jefferson’s landmark statute became the basis for Congressman Fisher Ames’ establishment clause of the First Amendment of the U.S. Constitution: “Congress shall make no law respecting an establishment of religion, or prohibiting the free exercise thereof…”

1882 – Margaret Wilson born, American novelist, short story writer, Presbyterian missionary in the Punjab region of India (1905-1910), and high school teacher; awarded the 1924 Pulitzer Prize for The Able McLaughlins. After her marriage to George Douglas Turner, a Scotsman she met in India, she moved to England. When he became warden of Dartmoor Prison, she wrote a non-fiction study on prison reform, The Crime of Punishment 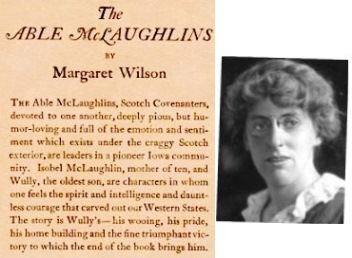 1898 – Margaret Booth born, American film editor and executive producer, whose career stretched from editing silent films for D.W. Griffith beginning in 1915, to editing Greta Garbo pictures, including Camille, at MGM, to executive producer on The Slugger’s Wife in 1985 at age 87; received an Academy Award for Lifetime Achievement in Editing in 1978, and lived to be 104 years old 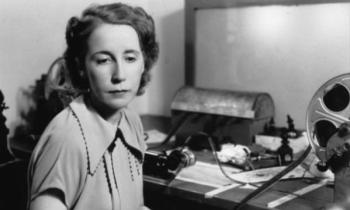 1900 – Kiku Amino born, Japanese author and translator of English and Russian literature; recipient of the 1947 Women’s Literature Prize for Kin no kan (A Golden Coffin), the 1967 Yomiuri Prize and the Japan Academy of the Arts prize for Ichigo ichie (Once in a Lifetime)

1901 – Laura Riding born as Laura Reichenthal, American poet, critic, novelist, essayist and short story writer. Her first poems were published in The Fugitive magazine (1922-1925). She published her first collection of poetry, The Close Chaplet, in 1926.

1918 – Nel Benschop born, Dutch Christian poet and teacher who became the best-selling poet in the Netherlands, after her first volume of poetry, Gouddraad uit vlas (Gold thread from flax) was published in 1967

1930 – Mary Ann McMorrow born, American lawyer and first woman elected to the Illinois Supreme Court (1992) and its first woman Chief Justice (2002-2006); became a judge on the Illinois Appellate Court in 1985, and the first woman chair of the Executive Committee of the Appellate Court. In 1976, she was elected as a Judge of the Circuit Court . After practicing law (1953-1970?), she was appointed as Assistant State’s Attorney of Cook County, assigned to the Criminal Division, and was the first woman to prosecute felony cases in Cook County 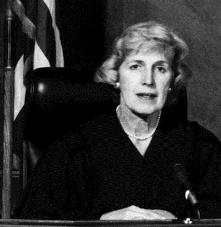 1932 – Dian Fossey born, American zoologist and primatologist, notable for her years of extensive study of mountain gorilla groups in Rwanda, in central Africa. In 1963, she met Louis and Mary Leakey, who encouraged her initial interest. With additional encouragement from Jane Goodall, she set up and directed (1967-1980) the Karisoke Research Center, Rwanda. Living a solitary life among the gorillas, she learned their habits, and gradually gained their acceptance. She wrote Gorillas in the Mist (1983) to to raise public awareness of the threats to the gorillas from poachers and loss of habitat. In 1985, Fossey’s mutilated body, hacked by machete, was found near the centre. Poachers, whose devastating attacks on the gorillas she had tried to stop, were suspected for her murder, though her murder remains unsolved.

1938 – Marina Vaizey born, Lady Vaizey, Anglo-American art critic and author based in the UK; noted for biographies of painters

1944 – Jill Tarter born as Jill Cornell, American astronomer known for her work on the SETI (Search for Extraterrestrial Intelligence); former director of the Center for SETI Research

1945 –  Adolf Hitler moves into his underground bunker in Berlin, the so-called Führerbunker

1968 – Rebecca Stead born, American author of childen’s and young adult fiction; winner of the 2010 Newbery Medal for When You Reach Me

1969 – Soviet spacecraft Soyuz 4 and Soyuz 5 perform the first-ever docking of manned spacecraft in orbit, which is also a first in-space transfer of crew between space vehicles

1979 – Mohammad Reza Pahlavi, the last Iranian Shah flees the country with his family,  relocating to Egypt

1998 – Researchers announce an altered gene has helped defend against HIV

2001 – Laurent Kabila, President of the Democratic Republic of the Congo since he overthrew Mobutu Sese Seko in 1997, is assassinated by one of his bodyguards

2002 – UN Security Council unanimously institutes an arms embargo and freezes  assets of Osama bin Laden, al-Qaeda, and the remaining members of the Taliban

2004 – Appreciate a Dragon Day * is launched by retired schoolteacher Mrs. Paul, to celebrate dragons and dragon lore, so read your favorite dragon book or create some dragon art 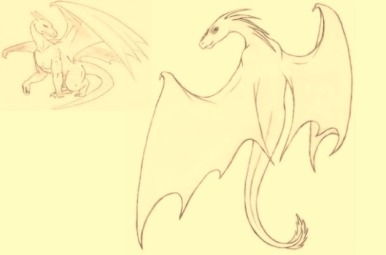 2018 – During the four-day sentencing hearing of former USA Gymnastics doctor Larry Nassar, nearly 90 women are expected to testify about the sexual abuse to which he subjected them. Nassar pleaded guilty to three counts of sexual assault, but the judge in the case is allowing any of his more than 140 accusers speak if they ask. The first accuser to speak was not one of the dozens of gymnasts who have accused him of abuse, but a family friend who said Nassar molested her at his house, causing a family rift when her parents didn’t believe her. Olympic gold medalist Simone Biles said she, too, was one of Nassar’s victims. Her teammates McKayla Maroney, Aly Raisman, and Gabby Douglas had previously disclosed that they were sexually abused by Nassar. The incidents dated back as far as 1992, and several of his victims had reported his misconduct to USA Gymnastics, but the organization took no action against him until 2015. Nassar had previously pled guilty to child pornography charges, for which he was sentenced to 60 years in federal prison, and to seven counts of sexual assault in Michigan, where he was sentenced to 175 years in state prison 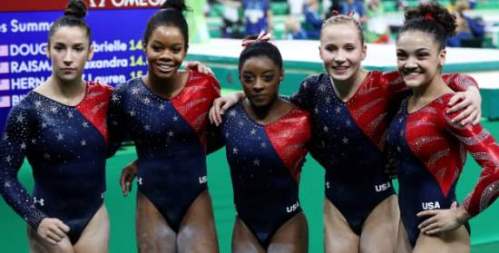 Nona Blyth Cloud has lived and worked in the Los Angeles area for the past 50 years, spending much of that time commuting on the 405 Freeway. After Hollywood failed to appreciate her genius for acting and directing, she began a second career managing non-profits, from which she has retired. Nona has now resumed writing whatever comes into her head, instead of reports and pleas for funding. She lives in a small house overrun by books with her wonderful husband.
View all posts by wordcloud9 →
This entry was posted in History, Holidays, On This Day and tagged Buckminster Fuller, Dian Fossey, Jill Tarter, Kiku Amino, Margaret Wilson, Miguel de Cervantes, Thomas Jefferson. Bookmark the permalink.
%d bloggers like this: