532 –The Nika Revolt, which began as a dispute over chariot races but escalates into the most violent riots in the history of Constantinople, finally comes to an end, leaving half the city burned or destroyed, and at least 30,000 dead

1535 – The city of Lima, Peru, is founded by Francisco Pizarro 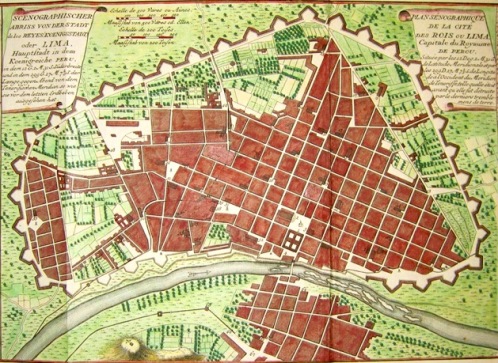 1778 – Captain Cook arrives at the Hawaiian Islands, calling them the Sandwich Islands in honor of Lord Sandwich, First Lord of the Admiralty 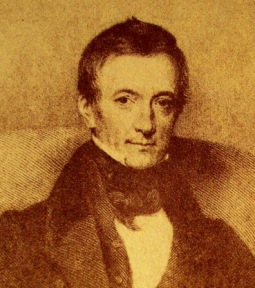 1782 – Daniel Webster born, American attorney-orator-statesman, serves in both houses of Congress; Secretary of State under 3 presidents: Harrison, Tyler and Fillmore

1803 – Thomas Jefferson asks Congress for $2,500 to fund the first official exploration by the U.S. government, officially to survey the Louisiana Purchase, but Jefferson had a much more ambitious expedition in mind: a ‘Corps of Discovery’ which Meriweather Lewis and William Clark led all the way to the Pacific Ocean, at a cost of almost $50,000 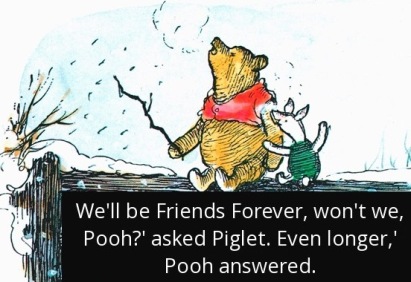 1884 – William Price, physician, Welsh nationalist and Neo-Druid, while cremating the body of his son who had died of disease, is arrested. He successfully defends himself, arguing that British law, while not allowing cremation, also does not prohibit it, which ultimately leads to the Cremation Act of 1902, which empowers the creation of crematoria and sets regulations for them

1884 – Elena Arizmendi Mejía born, Mexican feminist who founded Mujeres de la raza, and co-founded the International League of Iberian and Latin American Women; in 1911, during the Mexican Revolution, she started La Blanca Neutral (the Neutral White Cross) after the Red Cross refused to treated wounded and sick revolutionaries, she raised the money to set up a field hospital in Ciudad Juárez; in spite of the devastation of the city and the overwhelming number of wounded and typhus patients, La Blanca Neutral continued to expand, La Blanca volunteers racing to Iguala in June 1911 to help victims of a massive earthquake; by the end of 1911, there were 25 brigades established across Mexico; she left the organization in 1913, after some male doctors rebelled, refusing to take orders from a woman, which split La Blanca Neutral into opposing factions

1886 – Clara Nordström born, Swedish writer in the German language and translator. She used Nordström, her maiden name, as her penname. She published her first novel, Tomtelilla, in both Sweden and Germany in 1944. She suffered from ill health throughout her life, but completed 16 books before her death in 1962 at age 76.

1896 – An x-ray machine is exhibited for the first time

1911 – Pilot Eugene B. Ely flies onto the deck of the USS Pennsylvania in San Francisco harbor, the first landing of an aircraft on a ship

1929 – Walter Winchell makes his debut on the radio

1941 – Denise Bombardier born, French Canadian journalist, novelist, essayist, and producer; she began her career as a research assistant on the Radio-Canada program, Aujourd’hui (Today), and became a host for Trait-d’union (Hyphen, 1987-1988), and Aujourd’hui dimanche (Today Sunday, 1988–1991). She was the first woman in Quebec to host a public affairs program on television, the weekly Noir sur blanc (Black on White)

1943 – Pre-sliced bread is banned in the U.S. for the duration of WWII

1953 – In the Crown Colony of Kenya, Governor Sir Evelyn Baring, declares that organizers of the taking of the Mau Mau oath will be executed

1957 – Operation Power Flite: The U.S. Air Forces sends Boeing B-52 Stratofortresses on the first non-stop flight around the world, using in-flight refueling; leaving California on January 16, three of the five planes completed the mission, landing at Riverside, CA on January 18, after 45 hours and 19 minutes in the air

1971 – Amy Barger born, American astronomer who worked on the Morphs collaboration studying the formation and morphologies of distant galaxies, making discoveries about quasars, black holes and other far distant objects; recipient of the 2001 Annie J. Cannon Award in Astronomy; elected in 2017 as a Fellow of the American Association for the Advancement of Science

1973 – Pink Floyd begins recording “Dark Side of the Moon”

1993 – The Martin Luther King Jr. holiday is observed in all 50 states for the first time

1995 – A network of caves are discovered near the town of Vallon-Pont-d’Arc in southern France, containing paintings and engravings 17,000 to 20,000 years old

1997 – Norwegian explorer Boerge Ousland is the first to cross the Antarctic alone, traveling 64 day on skis or by foot

2005 – The Airbus A380, world’s largest commercial jet, able to carry 800 passengers, is unveiled in Toulouse, France

2008 – The Euphronios Krater, an ancient Greek calyx-krater used for cutting wine with water, and the only intact surviving example of its kind, was looted from an Etruscan tomb, and later sold in 1972 to the Metropolitan Museum by an American antiquities dealer who said he was told by Giacomo Medici that it came from a Lebanese dealer whose family had possessed it since 1920. After Medici was tried and convicted of selling stolen art, the Met agreed to return the krater to the Italian government after it was displayed in New York; on January 18, 2008, its return celebrated at unveiling in National Etruscan Museum in Rome

2011 – The unusual terms of Louis Mantin’s will are fulfilled; he wanted his mansion in Moulins, France, to remain locked for 100 years after his death, and then opened to the public as a museum on this day

2018 – The Trump administration announced it would expand protections for medical professionals who object to performing such procedures as abortions and gender reassignment, or dispensing contraceptives, due to religious objections. The rules will let them stick to their objections without penalty. Civil rights, gay rights, and abortion rights groups, as well as some medical groups, criticized the move, saying the Trump administration was trying to legitimize discrimination. The Department of Health and Human Services will create an oversight entity called the Conscience and Religious Freedom Division to oversee matters concerning the “conscience rights” of doctors, nurses, and other health-care workers

2018 – New Zealand Prime Minister Jacinda Ardern announced that she is expecting her first child in June. Ardern will be the second elected world leader to give birth while in office. Benazir Bhutto had a daughter in 1990 while she was serving as Pakistan’s prime minister. Ardern, 37, said she would take six weeks of maternity leave. Ardern, 37, said she would take six weeks of maternity leave, and that Deputy Prime Minister Winston Peters would take over in her absence, but she would be “contactable and available” if members of her center-left coalition government need her input. Her partner, Clarke Gayford, will be a stay-at-home dad and primary care-giver. “Knowing that so many parents juggle the care of their new babies, we consider ourselves to be very lucky,” she said. When two mosques in Christchurch came under terrorist attack in March, 2019, she showed extraordinary compassion and resolve in dealing with the crisis, and pushed through stricter gun control laws within days after the attack. 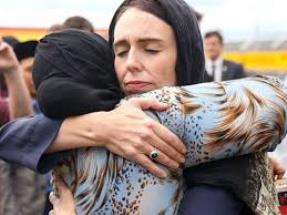 Nona Blyth Cloud has lived and worked in the Los Angeles area for over 50 years, spending much of that time commuting on the 405 Freeway. After Hollywood failed to appreciate her genius for acting and directing, she began a second career managing non-profits, from which she has retired. Nona has now resumed writing whatever comes into her head, instead of reports and pleas for funding. She lives in a small house overrun by books with her wonderful husband.
View all posts by wordcloud9 →
This entry was posted in History, Holidays, On This Day and tagged Amy Barger, Boerge Ousland, Damaris Cudworth Masham, Elena Arizmendi, Jacinda Ardern, Louis Mantin, Peter Roget. Bookmark the permalink.
Loading Comments...
%d bloggers like this: