The Day the Music Died *

Honduras – Our Lady of Suyapa
(Virgin of Suyapa statue paraded)

1377 – ‘The Cesena Bloodbath’ – During the War of the Eight Saints, between a coalition of Italian city-states led by Florence and the Papal states, over 2000 civilians in the coalition city of  Cesena are massacred by the Papal Condottieri

1451 – Ottoman Sultan Mehmed II, also called Mehmed the Conqueror, resumes his reign as head of the Ottoman Empire, which had been interrupted from 1446 until this date by the crusade of Hungarian leader János Hunyadi 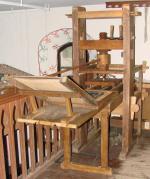 Reproduction of a Gutenberg press

1488 –  Bartolomeu Dias of Portugal lands in Mossel Bay after rounding the Cape of Good Hope, the first known European to travel so far south

1763 – Caroline von Wolzogen born, German author of the novels  Agnes von Lilien, originally published anonymously, and Cordelia. She also wrote Schillers Leben (Schiller’s Life) in 1830, the first published biography of Friedrich Schiller, who was her brother-in-law. She had extensive access to his letters and papers, and her book is still regarded as the primary source for most biographical work on Schiller

1795 – Antonio José de Sucre born, Venezuelan independence leader who was one of Simón Bolivar’s most trusted associates and generals; second President of Bolivia (1825-1828) succeeding Bolivar in the office; and President of Peru (1823)

1816 – Ram Singh Kuka born, Indian Sikh philosopher and reformer from the Punjab. He founded Namdhari Sikkism in 1857, introducing a simplified form of marriage, eliminating Vedic rituals, dowries, and ostentation, making it easier for poor people to marry. He also banned the practice of killing girl babies and girl children. Ram Singh Kuka is credited as the first Indian to use noncooperation and boycott as political weapons against British rule over India. He spent his later years in prison, and then in exile, as a state prisoner in Rangoon

1821 – Elizabeth Blackwell born in Bristol England; the first woman in the United States to graduate from medical school and earn a medical degree, also an abolitionist and women’s rights activist. Blackwell was rejected by all the major medical schools in America because of her sex, before her application to Geneva Medical School (now Hobart & William Smith Colleges in Geneva, New York) was referred to the student body. They voted unanimously to accept her, thinking her application was a spoof from a rival school. She worked with quiet determination, and earned her medical degree in 1849, ranking among the best students in her graduating class. She founded the N.Y. Infirmary for Indigent Women and Children, which also serves as a nursing training facility, sending a number of nurses to Dorothea Dix while Dix was Superintendent of Army Nurses during the Civil War.(see 2016 entry)

1869 – Edwin Booth opens his new theatre in New York City, with a production of Shakespeare’s Romeo and Juliet 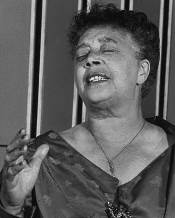 1907 – James Mitchener born; wins the 1947 Pulitzer Prize for Literature for Tales of the South Pacific

1913 – 16th Amendment to the U.S. Constitution ratified, giving Congress the power to levy taxes on income. In 1913 less than 1% of the population paid income tax at the rate of 1%. Before this taxes were mostly on food and merchandise sales

1916 – Cafe Voltaire opens in Zurich, Switzerland, a meeting place for a group that started the Dada movement

1917 – The U.S. breaks off diplomatic relations with Germany, after it announces a policy of unrestricted submarine warfare

1924 –E.P. Thompson born, British historian, author and biographer;  The Making of the English Working Class,  and biographies of William Morris and William Blake

Anthony and Cleopatra by Gillian Ayres

1931 – The Arkansas state legislature passes a motion to pray for the soul of H.L. Menken after he calls the state the apex of moronia 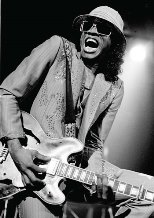 1936 – Elizabeth Peer born, American pioneering journalist; worked for Newsweek from 1958 to 1984, starting as a copy girl, promoted to writer in 1962, then dispatched to Paris in 1964 as the magazine’s first female foreign correspondent; later worked in their Washington DC bureau, then as Paris bureau chief, and in 1977, as Newsweek’s first woman war correspondent, covering the Ethio-Solmali War, but was seriously injured there, and never fully recovered, leaving her in constant pain; after Newsweek  notified her in 1984 that she was being fired, she committed suicide at age 48 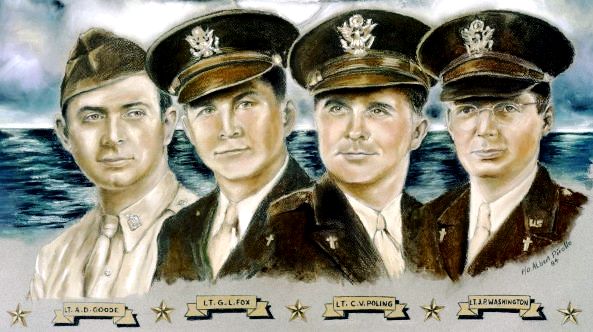 1946 – The first issue of Holiday magazine is published

1946 – In South Africa, the Natal Indian Congress (NIC) calls a mass meeting in Durban to protest against the proposed Asiatic Land Tenure and Representation Bill announced by Prime Minister J.C. Smuts as a replacement for the Trading and Occupation of Land Act. The new bill would prohibit Indians from purchasing land from non-Indians. It would also entitle Indians to elect three Whites to the House of Assembly, two Whites to the Senate, and three members to the Natal Provincial Council on a communal franchise with educational and property qualifications. At the NIC meeting, a resolution passes condemning the bill, rejecting communal franchise, proposing a round table conference of South Africa with India, and advocating effective mass resistance against the Bill. Over 2000 protesters risk incarceration. In spite of widespread opposition, the Bill becomes law as the Asiatic Land Tenure and Representation Act (“Ghetto Act”) in March 1946. In June, 1946, the Indian Government arraigns South Africa before the United Nations. In December, the UN General Assembly expresses the opinion that the treatment of Indian residents in South Africa should be in conformity with the international obligations under the agreements concluded between the Indian and South African governments, and the relevant provisions of the United Nations Charter. However, by the end of 1947, the General Assembly is still unable to pass a resolution for lack of a two-thirds majority, voting 31 in favour of the Indian contention, 19 against, and 6 abstentions

1947 – Percival L. Prattis is the first black news correspondent admitted to the House and Senate press gallery in Washington DC; he was an editor, and later, executive editor of the influential black newspaper, The Pittsburgh Courier (1936-1965)

1951 – The Rose Tattoo, by Tennessee Williams, opens on Broadway 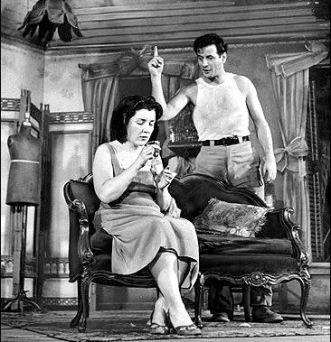 1953 – Batepá Massacre *: In São Tomé, Portuguese colonial authorities and landowners try to impress into forced labor the native creoles known as forros, who are descendants of freed slaves. When they resist, hundreds are killed, giving rise to the São Tomé and Príncipe independence movement

1960 – Frank Sinatra garners the nickname “ The Chairman of the Board” when he forms Reprise Records, and serves as its CEO

1969 – At the Palestinian National Congress in Cairo, Yasser Arafat is appointed leader of the P.L.O.

1971 – Apollo 14 astronauts Alan B. Shepard Jr. and Edgar D. Mitchell land on the lunar surface during the third successful manned mission to the moon

1973 – Ilana Sod born, Mexican multimedia journalist and producer; noted for her work on social issues and youth-oriented programming; co-producer of the 2014 TV news special, Hecho en America; MTV Latin America’s newscaster and Editor-in-Chief for Public Affairs Programming (2004-2012); host and producer of MTV’s Agentes de Cambio/Agents of Change (2005-), which was initially sponsored by the government of Finland; columnist for the Mexican newspaper Excélsior

1988 – U.S. House of Representatives rejects President Ronald Reagan’s request for more than $36 million in aid to the Nicaraguan Contras

1995 – Space shuttle Discovery blasts off with a woman, USAF Lt. Col. Eileen Collins, in the pilot’s seat for the first time

2003 – Give Kids a Smile Day * is launched by the American Dental Association Foundation, which funds giving dental services to underserved children at no cost to their families 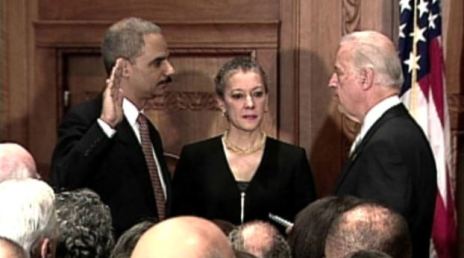 2018 – Actress Uma Thurman became the latest in a long list of women to accuse disgraced film producer Harvey Weinstein of sexual assault in a New York Times report. “He pushed me down. He tried to shove himself on me. He tried to expose himself. He did all kinds of unpleasant things,” Thurman said of Weinstein, whom she says later made a “half-assed apology” after he was confronted about the incident by director Quentin Tarantino. Thurman also recounted and shared footage of an incident on the set of Kill Bill in which Tarantino required her to drive an unsafe car that crashed into a tree, and she alleged that both he and Weinstein tried to cover up the car crash which gave her a concussion and permanent damage to her knees and neck

Nona Blyth Cloud has lived and worked in the Los Angeles area for the past 50 years, spending much of that time commuting on the 405 Freeway. After Hollywood failed to appreciate her genius for acting and directing, she began a second career managing non-profits, from which she has retired. Nona has now resumed writing whatever comes into her head, instead of reports and pleas for funding. She lives in a small house overrun by books with her wonderful husband.
View all posts by wordcloud9 →
This entry was posted in History, Holidays, On This Day and tagged Elizabeth Blackwell, Eric Holder, Ilana Sod, Mabel Mercer, Percival Prattis, Ram Singh Kuka, Uma Thurman. Bookmark the permalink.
Loading Comments...
%d bloggers like this: