Italy – Venice: Flight of the Angel

116 – Emperor Trajan sends laureatae (laurel letters, the laurel being the symbol of victory) to the Senate in Rome as conqueror of Parthia, declaring the war over and bemoaning being too old to go further and repeat the conquests of Alexander the Great 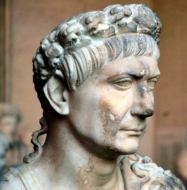 1249 – Dominican missionary and diplomat André de Longjumeau is sent by Louis IX of France as his ambassador to Güyük Khan of the Mongol Empire; Longjumeau speaks Arabic and “Chaldean” (probably either Syriac or Persian) and had previously been to the Mongols as the Pope’s emissary

1471 – Krishnadevaraya born, Emperor (1509-1529) of the Vijayanagara Empire, based in the Deccan Plateau of southern India. He was the third emperor of the Tuluca Dynasty, and one of the most powerful Hindu rules in India

1852 – William Sanders Scarborough born enslaved, one of the first African American classical scholars and author of First Lessons in Greek and Birds of Aristophanes; freed after the Civil War, he earned a bachelor’s degree, with honors, in classics in 1875 and his Master of Arts degree from Oberlin College; classics professor at Wilberforce University (1877-1908); first black member of the Modern Language Association 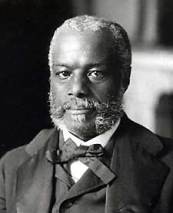 1858 – Isaiah Mays born as a slave; while serving as a corporal in Company B of the 24th Infantry Regiment, he fought robbers trying to steal the company’s payroll, then walked and crawled two miles to a ranch to get help, and was awarded the Medal of Honor in 1890; he left the army in 1893; his application in 1922 for a federal pension was denied, and he died penniless in 1925; in 2009, his remains were disinterred, cremated, and interred in an urn at Arlington National Cemetery

1900 – Mary Elizabeth Switzer, American public administrator and social reformer, advocate for increasing government’s role in assisting people with disabilities; worked on the Vocational Rehabilitation Act of 1954, a major expansion of federal funding and services for the physically and mentally disabled, and also authorized grants to fund research and rehabilitation programs

1905 – Dame Henrietta Barnett born, British WRAF officer and director; she joined the Auxiliary Territorial Service as a volunteer in 1938, then transferred to the Women’s Auxiliary Air Force (WAAF) when it was established in June, 1939. She was  commissioned as a company assistant (equivalent to a pilot officer in the Royal Air Force), with seniority from December 1938. During World War II, she served at RAF Upper Heyford in Oxfordshire, at RAF Feltwell in Norfolk, and at the Air Ministry in London during the Blitz. At the end of WWII, she was posted to RAF Mediterranean Command in Italy, serving as staff officer responsible for all WAAF personnel in the RAF Mediterranean and Middle East Command. In 1947, she became a flight officer, and served as the WAAF staff officer at Flying Training Command headquarters. In 1949, when the Women’s Royal Air Force (WRAF) was created, she was made a group officer in its Secretary Branch, one of the two WRAF Deputy-Directors. In 1952, she became Commanding Officer of RAF Hawkinge, the only woman station commander in the RAF, then served as Director of the WRAF as air commandant (1956-1960) 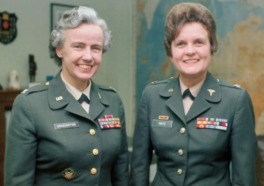 1932 – Ahmad Tejan Kabbah born, Sierra Leone People’s Party politician, economist, attorney and statesman; after working for almost 20 years for the UN Development Programme (UNDP), at New York City headquarters, handling operations in  Lesotho, Tanzania, Uganda and Zimbabwe, and as Director of Personnel and then as Director of the Division of Administration and Management, he returned to Sierra Leone in 1992, chairing the National Advisory Council set up after the military coup to facilitate restoring constitutional government. By 1996, he was leader of the Sierra Leone’s People’s Party (1996-2005), and served as President of Sierra Leone (1996-1997 and 1998-2007). During his presidency, he was a major figure in bringing an end to the civil war (1991-2002), regaining power after being ousted by the Revolutionary United Front from May 1997 to March 1998, and opening direct negotiations with the RUF rebels in 2000, signing cease fire agreements and peace accords, while campaigning for assistance from the UN, the African Union, the Economic Community of West African States, and the British to restore order and peace

1977 – In Uganda, the Most Reverend Janani Luwum, Anglican archbishop of Uganda, Rwanda, Burundi and Boga, and two government officials are arrested, charged with plotting to overthrow Ugandan President Idi Amin Dada, sedition and arms smuggling. All three are killed while under arrest. Although the official cause of death was given as a car crash, it is later revealed that they were killed on the orders of Idi Amin

1999 – In South Africa, four policemen charged with the fatal beating of Steve Biko are denied amnesty by the Amnesty Commission. A fifth officer had already been denied amnesty in January, and one of the four died before hearing the decision on his amnesty application. Although they would have be open to prosecution for murder, the only charge against them which had no statute of limitations, in 2003 the Justice Ministry announced it would not seek criminal prosecution of the officers, declaring there was insufficient evidence for a murder charge, and noting the lack of eyewitnesses. Of the 7,112 applications for amnesty received by the Amnesty Committee, only 849 were granted, but in the end, only three prosecutions were actually initiated, and in only one of the three was there a conviction

2005  – The date when the Kyoto Protocol * entered into force, an international treaty extending the 1992 UN Framework Convention on Climate Change, committing to greenhouse gas emissions reduction, signed by 140 nations. Implementation rules of the Protocol adopted in 2001, in the Marrakesh Accords, for 2008 through 2012

2006 – The last Mobile Army Surgical Hospital (M.A.S.H.) is decommissioned by the U.S. Army, and is succeeded by the Combat Support Hospital (CSH)

2011 – Researchers from London’s Natural History Museum claim that 15,000-year-old skulls found in Gough’s Cave in the Cheddar Gorge in the southwestern English county of Somerset show signs of cannibalism and skulls made into drinking cups and bowls

2016 – China announces it will relocate 9,000 people in Guizhou province, before completion of world’s largest telescope (FAST), designed to look for extraterrestrial life 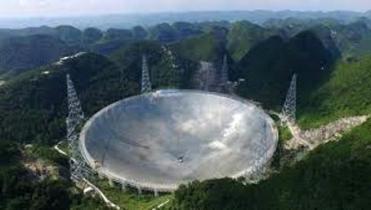 2019 – The disgruntled employee who fatally shot five people and wounded six more in Aurora, Illinois, was armed with a handgun he shouldn’t have been able to purchase, according to local authorities. Gary Martin was killed by police officers returning fire. In 1995, Martin was convicted of aggravated assault in Mississippi, said Aurora Police Chief Kristen Ziman. His felony conviction should have been detected by the background check he underwent to purchase his gun, but it was not.  A second background check for Martin’s concealed carry permit application did alert to his record, but the weapon was already in his possession

Nona Blyth Cloud has lived and worked in the Los Angeles area for the past 50 years, spending much of that time commuting on the 405 Freeway. After Hollywood failed to appreciate her genius for acting and directing, she began a second career managing non-profits, from which she has retired. Nona has now resumed writing whatever comes into her head, instead of reports and pleas for funding. She lives in a small house overrun by books with her wonderful husband.
View all posts by wordcloud9 →
This entry was posted in History, Holidays, On This Day and tagged Bessie Smith, Cher, Isaiah Mays, Natalie Angier, Otis Blackwell, Vera Menchik, William Sanders Scarborough. Bookmark the permalink.
%d bloggers like this: