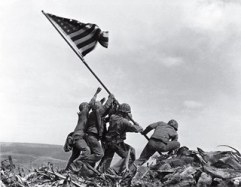 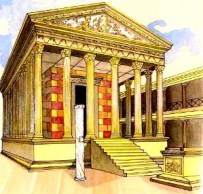 1473 – Nicolaus Copernicus born, Polish mathematician and astronomer who formulated a model of the universe with the Sun at the center, not the Earth; his book, De revolutionibus orbium coelestium (On the Revolutions of the Celestial Spheres), triggered the Copernican Revolution which culminated when Isaac Newton formulated his laws of motion and universal gravitation 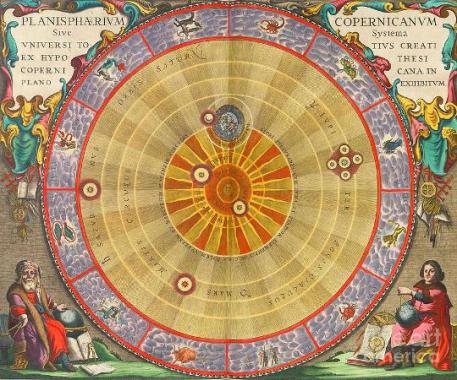 1649 – Pernambucana Insurrection – Second Battle of Guararapes: Decisive Portuguese victory against the Dutch in the northeastern Brazilian state of Pernambuco. Though the Dutch still had a presence in Brazil until 1654, the Dutch Empire eventually recognized  Portuguese imperial sovereignty over New Holland (the Dutch colony in Brazil), in exchange for an indemnity of 4 million reis, conversion from 2 million Caroli Guilders, over the span of 16 years, when the two empires signed the 1661 Treaty of The Hague

1674 – England and the Netherlands sign the Treaty of Westminster, ending the Third Anglo-Dutch War; a provision of the agreement transfers the Dutch colony of New Amsterdam to England, and it is renamed New York

1717 – David Garrick born, English actor-manager and producer; promoted realistic acting over the declamatory style prevailing when he began his career; a notable Shakespearean, Garrick staged the Shakespeare Jubilee in Stratford-upon-Avon in 1769 that played a major part in cementing Shakespeare’s status as England’s national poet 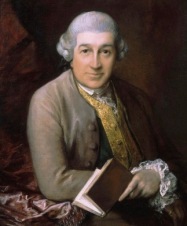 1807 – Former U.S. Vice President Aaron Burr is arrested in Alabama, charged with plotting to annex Spanish territory to establish an independent republic; tried but acquitted on charges of treason, he was nevertheless condemned by public opinion

1841 – Elfrida Andrée born, Swedish organist, composer and conductor, noted for two organ symphonies, and other works for orchestra and piano; she was also active in the Swedish women’s movement

1846 – The formal transfer of government between Texas and the United States takes place; Texas had officially become a U.S. state on December 29, 1845

1855 – Bread riots in Liverpool, England, the result of high unemployment among corn porters and dock labourers after there was widespread frost damage to crops

1859 – Daniel E. Sickles, a New York Congressman, is acquitted of murder on grounds of temporary insanity for killing his wife’s lover, Philip Barton Key II, son of Francis Scott Key, the first time the temporary insanity defense is successfully used in the U.S.; his military career ends at the Battle of Gettysburg in July 1863, after he moves his III Corps (without orders) to an untenable position where it is virtually destroyed. He is wounded by cannon fire, and his leg is amputated; but he is eventually awarded the Medal of Honor for his actions

1864 – The Knights of Pythias founded in Washington, DC. A dozen members formed what became Lodge No. 1

1866 – Mary Anderson born, American real estate developer, rancher, citrus grower and inventor of the first effective windshield wiper blade for which she was granted a patent in November 1903 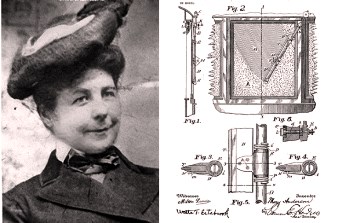 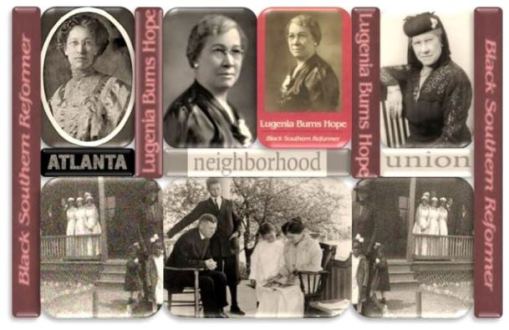 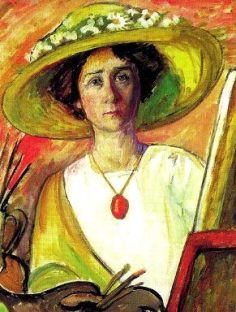 1902 – Kay Boyle born, writer, political activist; she spent much of her young adulthood in Paris, leaving just as the Germans were invading during WWII; was blacklisted during the McCarthy era; then her involvement in anti-Vietnam War demonstrations got her fired from her university position, and led to a jail sentence in Oakland, CA; her short stories “The White Horses of Vienna” and “Defeat” won O. Henry Awards 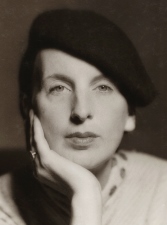 1912 – Stan Kenton born, the American bandleader who was an innovator in the progressive jazz style of the 1950s

1917 – Carson McCullers born, American author: The Heart is a Lonely Hunter and The Member of the Wedding

1922 – Ed Wynn becomes the first big-name, vaudeville talent to sign on as a radio performer

1937 – Second Italo-Ethiopian War; Italian troops, led by Generals Graziani and Badoglio, have swept through Ethiopia in Mussolini’s so-called “March of the Iron Will,” using  overwhelming Italian air superiority, and even poison gas banned by the 1925 Protocol. They begin raids into Addis Ababa, the capital of Ethiopia, on this date. The League of Nations condemns the Italian invasion, and the use of poison gas, voting to impose economic sanctions on the aggressor, but has no means to enforce compliance

1942 – The Tuskegee Airmen are initiated into the U.S. Army Air Corps; by the end of WWII, 992 graduates from the Tuskegee Institute carry out 200 bomber escort mission, damage 409 German planes, 950 ground units and sink a battleship 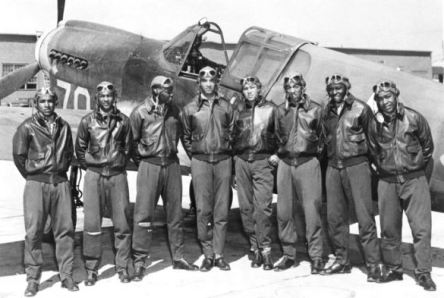 Some of the Tuskegee Airmen, photo taken sometime between May 1942 and August 1943

1946 – Karen Silkwood born, American chemical technician and labor union activist;  her job was making plutonium pellets for nuclear reactor fuel rods. She was the first woman at the Kerr-McGee Cimarron Fuel Fabrication Site to be part of the union’s negotiating team, speaking about the health and safety of workers. In 1974, she testified before the Atomic Energy Commission. After discovering plutonium contamination on her person and in her home for three days, she was driving to a meeting with a New York Times reporter when she was killed in a car crash under suspicious circumstances. When her family sued Kerr-McGee, it turned into the longest trial up to that point in Oklahoma history. Kerr-McGee settled out of court for $1.38 million USD, but without admitting liability 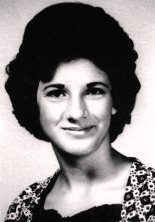 1949 – Danielle Bunten Berry born as Daniel Paul Bunten, American game designer and programmer, noted for the 1984 game The Seven Cities of Gold; in 1998, awarded the Lifetime Achievement by the Computer Game Developers Association 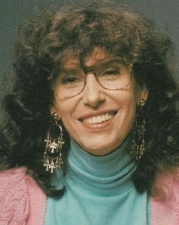 1950 – Bebe Moore Campbell born, African American novelist, non-fiction writer and journalist; Singing in the Comeback Choir, What You Owe Me and Your Blues Ain’t Like Mine, which won a 1992 NAACP Image Award for Literature 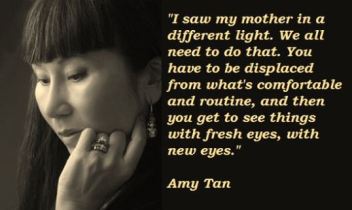 1953 – The State of Georgia approved the first literature censorship board in the U.S. Newspapers were excluded from the new legislation

1958 – Helen Fielding born, English novelist and screenwriter, best known for her Bridget Jones series of novels and the screenplay for the film Bridget Jones’s Diary

1959 – Cyprus granted its independence with the signing of an agreement with Britain, Turkey and Greece

1963 – The Soviet Union informed U.S. President Kennedy it would withdraw “several thousand” of its troops from Cuba

1971 – Washington’s Birthday becomes Presidents’ Day *, moved from February 22 and combined with Lincoln’s Birthday on the third Monday in the month as part of the 1971 Uniform Monday Holiday Act, designed to create more three-day weekends for the U.S. workforce

1980 – The South African Defence Force takes over the security of Northern Natal from the police force, making the area a third front in Security Force action against guerilla infiltration

1985 – Mickey Mouse was welcomed to China as part of the 30th anniversary of Disneyland; the touring mouse played 30 cities in 30 days 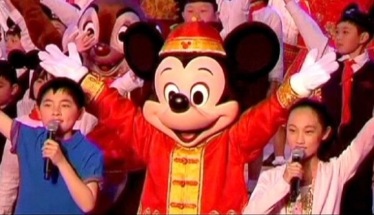 1986 – The U.S. Senate approves a treaty outlawing genocide; the pact had been submitted 37 years earlier for ratification

1987 – A controversial, anti-smoking public service announcement aired for the first time on television, made by Yul Brynner shortly before his death from lung cancer. Brynner makes it clear in the ad that he will have died from cigarette smoking before the PSA airs

1992 – John Singleton is the first African American director to be nominated for an Academy Award, for Boyz n the Hood 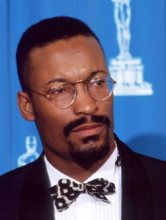 1997 – Deng Xiaoping of China dies at the age of 92, the last of China’s major revolutionaries

2004 – Former Enron Corp. chief executive Jeffrey Skilling is charged with fraud, insider trading and other crimes in connection with the energy trader’s collapse; he is later convicted and sentenced to more than 24 years in prison

2005 – The USS Jimmy Carter is commissioned at Groton, CT, the last of the Seawolf class of attack submarines

2008 – Fidel Castro resigns the Cuban presidency, and his brother Raul is later named as his successor

2013 – NASA temporarily loses direct contact with the International Space Station due to equipment failure, but communications are restored within three hours 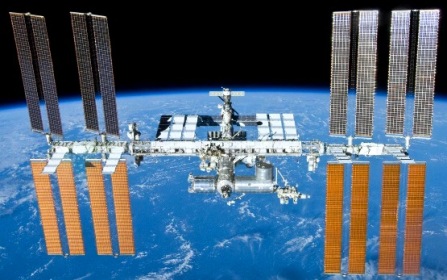 2014 – The Parliament of India passes a bill that will make the historic region of Telangana into a state, effective June 2, 2014, separating it from Andhra Pradesh

2017 – Uber CEO Travis Kalanick said the ride-hailing company would conduct an “urgent investigation” into sexual harassment accusations made by a former employee in a blog post. The former Uber software programmer, Susan Fowler, said that her manager propositioned her in chat messages. She said she took screenshots of the messages and showed them to human resources, but was told that her boss was a “high performer” and senior managers didn’t want to punish him for something they saw as an “innocent mistake.” Travis Kalanick would resign as CEO under pressure from top investors in June of 2017, as fallout over allegations and lawsuits concerning sexual harassment, gender discrimination, and a toxic work environment at Uber continued. He remained on the Board of Directors

2018 – Dozens of teenage students held a “lie-in” in front of the White House on Monday, with 17 protesters lying down in silence to represent the 17 people killed in the Parkland, Florida, school shooting. The demonstrators called for tougher gun control laws to help make schools safer. Protesters held signs with slogans such as, “Is Congress or the NRA making our laws?” Some chanted, “No more dead kids!” “The shooting offended me because it just keeps happening,” a 16-year-old from Virginia said, “and Donald Trump and Congress aren’t doing anything about it.” Students also demonstrated in other cities such as Los Angeles, and dozens of Parkland survivors were heading to Florida’s state capital, Tallahassee, to talk to lawmakers about gun control 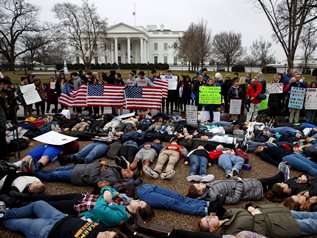 2019 – Vet Girls Rock Day * is launched to raise awareness of the many contributions of women veterans to the U.S. military 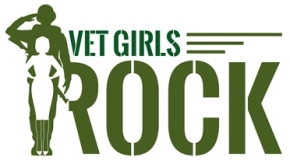 Nona Blyth Cloud has lived and worked in the Los Angeles area for the past 50 years, spending much of that time commuting on the 405 Freeway. After Hollywood failed to appreciate her genius for acting and directing, she began a second career managing non-profits, from which she has retired. Nona has now resumed writing whatever comes into her head, instead of reports and pleas for funding. She lives in a small house overrun by books with her wonderful husband.
View all posts by wordcloud9 →
This entry was posted in History, Holidays, On This Day and tagged Amy Tan, Bebe Moore Campbell, Betty Friedan, John Singleton, Lugenia Burns Hope, The Tuskegee Airmen, W.E.B. Du Bois. Bookmark the permalink.
%d bloggers like this: