Pagan – Feralia: Ancient Roman public holiday, marking the end of Parentalia, a nine-day festival honoring family ancestors. This day, Roman citizens brought offerings to the tombs of their dead: wreaths, sprinklings of grain and salt, bread soaked in wine, and violets to scatter. As a time of public mourning, no marriages were allowed on Feralia, magistrates didn’t wear their insignia, no incense was offered to the gods, and there were no fires lit on hearths

Bhutan – Anniversary of His Majesty

362 – Church leader and theologian Athanasius returns to Alexandria, after Julian succeeds his father Constantius as Roman Emperor, and issues an edict permitting exiled bishops of the Galileans to return to their home cities

1245 – Thomas, the first known Bishop of Finland, is granted resignation after confessing to torture and forgery

1437 – James I of Scotland is assassinated, having alienated many of the Scots nobles because of his acquisitive claiming of their properties for the Crown, and the raising of taxes to pay for his military disasters. The queen, Joan Beaufort, is wounded but survives, and their six-year-old son becomes James II

1440 – The Prussian Confederation is formed; 19 Prussian cities band together to oppose the Teutonic Knights, who imposed high taxes on them to pay off reparations after their defeat by the Kingdom of Poland, and to re-arm for more war

1543 – Ethiopian-Adal War, Battle of Wayna Daga: Emperor Galawdewos of the Ethiopian Empire leads a combined army of Ethiopian and Portuguese troops against the army of the Adal Sultanate under Iman Ahmad ibn Ibrihim al-Ghazi, with 200 mercenary Ottoman musketeers. The Ethiopians win a decisive victory

1559 – Nurhaci born, a Jurchen chieftain, part of the Aisin Gioro clan, who rose to power as Khan of the Later Jin from 1616 to 1626 by unifying the Jurchen tribes. The Jurchen would soon be better known as the Manchus

1804 – The first self-propelled locomotive on rails demonstrated in Wales 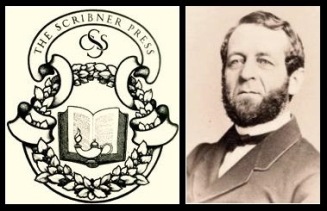 1828 – The first issue of the Cherokee Phoenix is printed. It is the first newspaper published by Native Americans, and the first published partially in an Indian language. The original newspaper was published until 1834. In recent years, the paper has been revived, and is now published by the Cherokee Nation as a monthly broadsheet in Tahlequah, Oklahoma, with an online version available on the Internet

1855 – Alice Freeman Palmer born, advocate of higher education for women, President of Wellesley College (1881-1887), the first woman president of a nationally known college; first Dean of Women at the University of Chicago (1892-1895)

1858 – The first electric burglar alarm is installed in Boston MA

1858 – Mpilo Walter Benson Rubusana born, Black South African newspaper editor, author and activist; co-founder with John Tengo Jabavu of the Xhosa-language newspaper Izwi Labantu (Voice of the People), published a collection of traditional poetry and wrote a history of South Africa. He was the first Black person to be elected to the Cape Council (Parliament) in 1909, and initiated the Native Education Association, which led toward the formation of the South African Native National Congress (SANNC) in 1912, which was renamed the African National Congress (ANC) 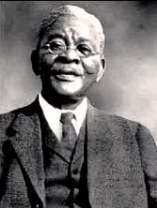 1866 – Lucy B. Hobbs is the first woman to graduate from dental school, the Ohio College of Dental Surgery in Cincinnati 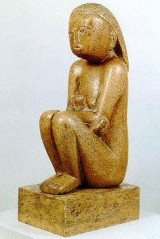 Wisdom of the Earth, by Constantin Brancusi

1878 – Mirra Alfassa born in France, spiritual guru, occultist and collaborator of the Indian yogi, guru and nationalist Sri Aurobindo, who considered her to be of equal yogic stature to him. Alfassa, called “The Mother” by her followers, founded the Sri Aurobindo Ashram, and established Auroville as a universal town

1885 – The Washington Monument is dedicated

1888 –Clemence Dane born as Winifred Ashton, English novelist and playwright; her first novel, Regiment of Women, was a semi-veiled treatment of lesbian relationships; noted for A Bill of Divorcement, Third Person Singular and Enter Sir John, coauthored with Helen Simpson

1895 – The majority in the North Carolina legislature, black Republicans and white Populists, vote to adjourn for the day to mark the death of Frederick Douglass

1903 – Anaïs Nin is born in France, Cuban-American author of 69 volumes of journals, and novels including Delta of Venus and Little Birds

1904 – The National Ski Association is formed in Ishpeming, MI

1909 – Helen Octavia Dickens born, daughter of a former slave, and the first African-American woman to be admitted to the American College of Surgeons. She was a doctor, professor of obstetrics and gynecology, and an associate dean of medicine. At Crane Junior College, she sat at the front of her classes, to avoid the racist comments and gestures aimed at her by fellow students. She earned a B.S. from the University of Illinois College of Medicine in 1932, and her M.D. in 1934. She was one of two women in her class and was the only African-American woman in her class. After her residency at Chicago’s Provident Hospital, she worked at the Aspiranto Health Home in North Philadelphia for 7 years, then spent a year at the Perelman School of Medicine at the University of Pennsylvania. She passed the board examinations and became the first female African American board-certified Ob/gyn in Philadelphia. In 1943, Dickens was accepted into a residency at Harlem Hospital in New York City. She finished her residency in 1946, and was certified by the American College of Obstetricians and Gynecologists in the same year. In 1948, she became director of the Department of Obstetrics and Gynecology at Philadelphia’s racially segregated Mercy Douglass hospital, where she remained until 1967. After leaving Mercy Douglass, she opened a clinic at the University of Pennsylvania for teen parents, offering group counseling, therapy, education, and prenatal care. Dickens also became dean of admissions (1967-1972), increasing the number of minority students at UPenn from 3 to 64

1914 – Jean Frances Tatlock born, American physician and psychiatrist; a member of the Communist Party who wrote for their publication, Western Worker; when she began a relationship with physicist Robert Oppenheimer in 1936, her Communist associations brought her under surveillance by the FBI and her phone was tapped; stress and clinical depression led to her suicide in January, 1944

1915 – Claudia Cumberbatch Jones born in Trinidad, came to the U.S as a child, American communist, author, and black nationalist; wrote a column called “Half the World,” for the Daily Worker; when deported from the U.S. in 1955, she moved to the UK, and founded Britain’s first major black newspaper, The West Indian Gazette, in 1958; noted for “An End to the Neglect of the Problems of the Negro Woman!” 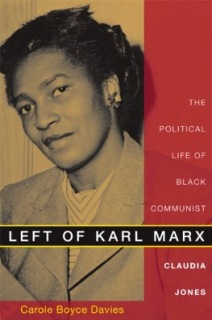 1924 – Dorothy Blum born, American cryptanalyst and computer scientist who worked for the National Security Agency (NSA) and its predecessors from 1944 to 1980, becoming the first woman in the NSA’s management hierarchy in 1972, as chief of NSA Computer Operations

1925 – The first issue of The New Yorker is published 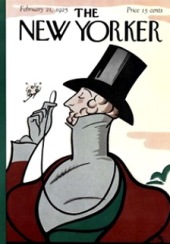 1933 – Nina Simone born, American singer-songwriter and pianist; her song, “Mississippi Goddam,” in response to Medgar Evers’ murder and the Birmingham Alabama church bombing that killed 4 pre-teen black girls and blinded a 5th, was banned in several Southern states, but it became one of the Civil Rights Movement’s anthems

1940 – John Lewis born, African American civil rights activist and Democratic politician; U.S. Representative for Georgia’s 5th district since 1987. In 1961, he was the first of the Freedom Riders to be assaulted in Rock Hill, South Carolina, and the chair of the Student Nonviolent Coordinating Committee (SNCC – 1963-1966), and one of the major organizers of the 1963 March on Washington

1947 – Edwin Land demonstrates the Polaroid Land Camera to the Optical Society of America in New York City, the first camera to take, develop and print a black-and-white picture on photo paper all in about 60 seconds. It goes on sale in 1948 for $89.75

1950 – The first International Pancake Race was held in Liberal KS

1950 – Sahle-Work Zewde born, Ethiopian career diplomat; President of Ethiopia since 2018; the first woman to hold the office, she was elected unanimously by the Federal Parliamentary Assembly. Previously, she was Under Secretary-General, Head of the United Nations Office to the African Union (1918), and Director-General of the United Nations Office at Nairobi (2011-2018). She was the second Ethiopian woman to serve as an ambassador, appointed to embassies in France, Tunisia and Morocco, Djbouti, and Senegal, as well as serving as her country’s Permanent Representative to the Intergovernmental Authority on Development (IGAD) and as Permanent Representative to UNESCO

1968 – McGraw-Hill outbids eight other publishers for the U.S. rights to Hunter Davies’ authorized biography of the Beatles, paying $150,000

1975 – Former U.S. Attorney General John N. Mitchell and H.R. Haldeman and John D. Ehrlichman are sentenced to 2 ½ to 8 years in prison for the Watergate cover-up

1988 – In Baton Rouge LA, TV evangelist Jimmy Swaggart confesses to his congregation  his guilt of an unspecified sin, and that he is leaving the pulpit temporarily – reports link him to a prostitute

1995 – Chicago stockbroker Steve Fossett becomes the first person to fly solo across the Pacific Ocean in a balloon, landing in Leader, Saskatchewan, in Canada

2001 – U.S. Attorney General John Ashcroft asks William H. Webster, former head of the FBI and CIA, to undertake a “comprehensive independent review of FBI procedures” after allegations that an FBI agent has been spying for the Russians

Michael Edwards (glasses, center of photo) at the Académie française

2015 – In Tokyo, thousands protest outside the Kokkai, (National Diet of Japan, a bicameral legislature) against relocating a U.S. military base on Okinawa Island, expressing concern about noise, air pollution, and increased crime

2017 – A federal judge on Tuesday temporarily blocked Texas from cutting off Medicaid money to Planned Parenthood over secretly recorded videos released by anti-abortion activists in 2015. The activists claimed that the videos showed Planned Parenthood officials trying to illegally profit from the sale of fetal tissue, but U.S. District Judge Sam Sparks of Austin said that Texas health authorities had not presented “even a scintilla of evidence” to justify punishing Planned Parenthood and denying Medicaid patients the right to go to the group’s 34 health centers in Texas. Texas Attorney General Ken Paxton said the state would appeal the court’s temporary injunction

2019 – Over 50 girls are missing from a Nigerian science and technical school after an attack by Boko Haram militants. “Out of the 926 students in the school, over 50 are still unaccounted for,” Abdullahi Bego, a spokesman for Governor Ibrahim Gaidam, said in an emailed statement two days after the attack. He said there was no clear evidence yet that the girls had been “taken hostage by the terrorists.” The military and other security forces are looking for the missing girls. The state borders Borno state in the African nation’s northeast, the center of Boko Haram’s nine-year insurgency. The group caused an international outcry when it kidnapped more than 200 girls in the Borno town of Chibok in 2014

Nona Blyth Cloud has lived and worked in the Los Angeles area for over 50 years, spending much of that time commuting on the 405 Freeway. After Hollywood failed to appreciate her genius for acting and directing, she began a second career managing non-profits, from which she has retired. Nona has now resumed writing whatever comes into her head, instead of reports and pleas for funding. She lives in a small house overrun by books with her wonderful husband.
View all posts by wordcloud9 →
This entry was posted in History, Holidays, On This Day and tagged Barbara Jordan, Claudia Cumberbatch Jones, Helen Octavia Dickens, John Lewis, Malcolm X, Mpilo Walter Benson Rubusana, Nina Simone. Bookmark the permalink.
Loading Comments...
%d bloggers like this: