Get Over It Day *

1009 – First known mention of Lithuania, in the annals of the Quedlinburg monastery 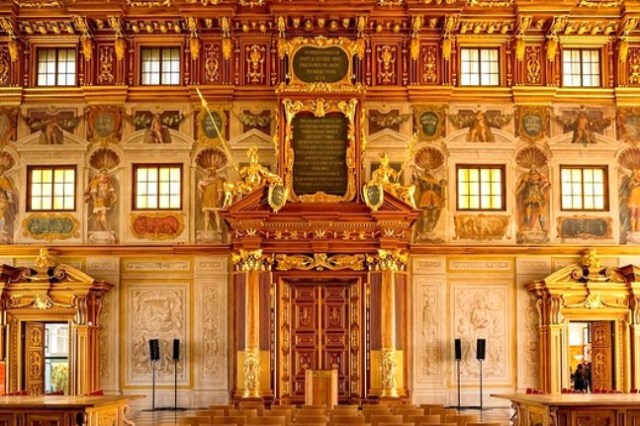 1454 – Amerigo Vespucci is born, Italian explorer-navigator; Matthias Ringmann, a German mapmaker, will name the American continents in his honor

1500 – The fleet of Pedro Álvares Cabral leaves Lisbon for the Indies; it will reach Brazil, and claim it for Portugal

1566 – David Rizzio, private secretary to Mary, Queen of Scots, is murdered in the Palace of Holyroodhouse, Edinburgh, Scotland

1687 – Friederike Caroline Neuber born, influential German actress, actor-manager and theatre director; one of the most famous actor-managers in German theatre history. She was a pioneer who worked successfully to improve the social and artistic status of German theatrical performers, and also introduced many classical French plays to German audiences. She founded the Neuber Theatrical Troupe in 1727 with her husband, Johann Neuber, nurturing the modern naturalistic style of acting, and training many of the next generation of actor-managers. Since 1998, the city of Leipzig has awarded the Caroline Neuber Prize, endowed with €6,000, every two years on her birthday in March. The prize is awarded to a woman theatre artist from a German-speaking country who sets new standards for excellence in theatre arts 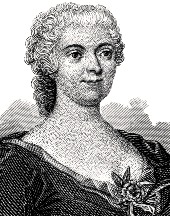 1745 – The first carillon is shipped from England to Boston MA

1765 – After a campaign by the writer Voltaire, judges in Paris posthumously exonerate Jean Calas of murdering his son. Calas had been tortured and executed in 1762 on the charge, though his son may have actually committed suicide

1820 – The U.S. Congress passes the Land Act – full payment was required up front but the prices were literally dirt cheap – $1.25 an acre for a minimum size tract of 80 acres. The ‘lands’ referred to were mostly in Ohio and Missouri –then the ‘Western Frontier,’ and the act accelerated confiscation of land from Native Americans

1832 – Abraham Lincoln announces he will run for a political office for the first time, an unsuccessful run for a seat in the Illinois state legislature

1839 – The French Academy of Science announces the Daguerreotype photo process

1839 – Modest Mussorgsky born, one of “The Five” Russian composers; noted for Pictures at an Exhibition and Night on Bald Mountain 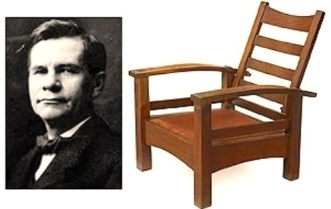 1860 – Ambassador Shinmi Masaoki is appointed, the first Japanese ambassador to the U.S., in keeping with the new Treaty of Friendship, Commerce, and Navigation

1862 – During the U.S. Civil War, the ironclads Monitor and Virginia fought to a draw in a five-hour battle at Hampton Roads VA

1863 – Mary Harris Armor born, American suffragist and temperance advocate, dubbed the “Georgia Cyclone.”   She was the president of the Woman’s Christian Temperance Union in Georgia, and led the successful campaign in her state to pass prohibition legislation in 1907. However, there was a strongly racist bias in her WCTU campaign –
she used the slogan “Shall the Blacks Rule the Whites?”

1892 – Vita Sackville-West born, English novelist, poet, journalist, and garden designer. Portrait of a Marriage, is a memoir of her love life, including her marriage to Harold Nicolson and her relationship with Violet Keppel, wasn’t published until 1973. Her novel All Passions Spent was a best-seller in 1931, and is probably her best-known work today

1905 – British archaeologist James E. Quibell discovers the Egyptian tombs of courtiers Tua and Yuya; the discovery often mistakenly credited to American Theodore M. Davis, the excavation’s wealthy sponsor, who has also been mislabeled as an archaeologist, which he certainly was not

1905 – Vice Governor of the Congo Free State, Belgian Paul Costermans commits suicide following the release of the Casement Report, a damning account of  “the enslavement, mutilation, and torture of natives,” carried out by the private army of Belgian King Leopold II, who exploited the country as his private fiefdom, extracting maximum profits from the forced labor of its starving people – estimates place the death toll during this reign of terror at half the population 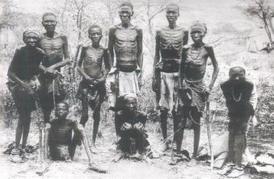 1910 – Union men urge a national sympathy strike for the 10,031 coal miners in Westmoreland County, Pennsylvania, who went on strike for their right to belong to the United Mine Workers of America; the miners held out for sixteen months enduring eviction, injunctions, and police brutality – 16 people were killed –  but by July, the workers had lost to the owners 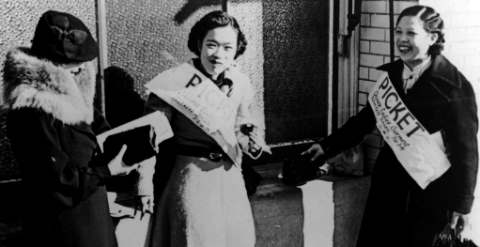 1916 – Pancho Villa, angered when President Wilson shifts his support from Villa to the Carranza government, leads 1,500 Mexican horsemen in a raid of Columbus, New Mexico, killing at least 17 people and torching the town

1936 – Glenda Jackson born, British two-time Academy-Award-winning actress, who turned to politics, becoming a Member of Parliament for Hampstead and Highgate (1992-2010), later reconfigured as Hampstead and Kilburn (2010-2015)

1946 – The A.F.L. accuses Juan Peron of using the army to establish a dictatorship over Argentine labor

1948 – Emma Bonino born, Italian politician, Minister of Foreign Affairs (2013-2014); Member of the Italian Senate (2008 -2013); Minister of European Affairs and International Trade (2006-2008); European Commissioner for Health and Consumer Protection (1995-1999); member of the Italian Chamber of Deputies (1976- 2006). In 1975, she founded the Information Centre on Sterilisation and Abortion, and campaigned for the referendum which led to the legalization of abortion in Italy. In 1986, she was among the opposition against a civil nuclear energy programme, which was subsequently rejected in Italy. She was honored the North-South Prize in 1999, and  in 2004 with the Open Society Prize and the Prix Femmes d’Europe for Italy

1951 – Helen Zille born, South African politician and journalist; Premier of the West Cape province (2007-2015); member of the its Provincial Parliament; Democratic Alliance leader (2007-2015); mayor of Cape Town (2006-2009); member of the anti-apartheid groups Black Sash, a non-violent white women’s resistance organization, and the End Conscription Campaign (allied with the United Democratic Front), her home became a safe house for political activists during the 1986 State of Emergency, but at one point she was forced into hiding with her 2-year-old son; later, she became an activist in the South Africa Beyond Apartheid Project and the Cape Town Peace Committee

1956 – British authorities accuse Archbishop Makarios of supporting terrorists, then arrest and deport him from Cyprus

1969 – “The Smothers Brothers’ Comedy Hour” is yanked by CBS and the brothers fired, despite three successful seasons, claiming they were in breach of contract, but really CBS was tired of endless battles between the censors and the show’s stars, and under pressure from incoming president Richard Nixon; the brothers take CBS to court, and the judge finds CBS is the party in violation of the contract

1985 – The video of Gone With The Wind goes on sale in stores across the U.S

1986 – U.S. Navy divers find the crew compartment of the Challenger space shuttle along with the remains of the astronauts

1989 – The U.S. Senate rejects John Tower, 53-47, President Bush’s choice for Secretary of Defense, first rejection in 30 years, amid misconduct allegations, including problems with drinking and women, and possible conflicts of interest. Nancy Kassebaum, the lone Republican who votes against Tower, says: ”If we are going to have a strong defense force, which consists of both men and women, we are going to have to insure fairness. I am not confident that Senator Tower would give these issues the priority they demand or would demonstrate the necessary sensitivity to their seriousness.” Questions about donations from defense contractors to his previous political campaigns, and $1 million  in consultant fees from seven defense contractors after he left office also swayed the vote

1989 – In the U.S., President George H.W. Bush urges for a mandatory death penalty in drug-related killings

2000 – In Norway, the coalition government of Kjell Magne Bondevik resigns after a no-confidence vote in the Storting (‘great thing’ – Norway’s national legislature) over an environmental dispute 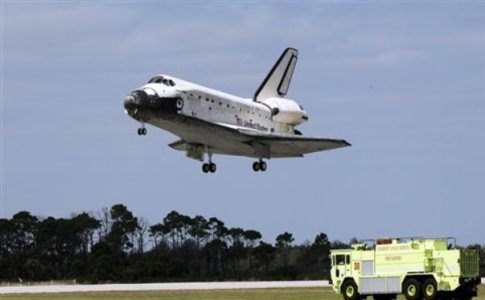 2016 – The European migrant crisis escalates as Macedonia, Croatia and Slovenia close their borders to migrants trying to reach Northern Europe

2017 – Pope Francis said in an interview with German newspaper Die Zeit that he is open to ordaining married men to help confront a priest shortage in the Roman Catholic Church. The pope said the lack of priests had become an “enormous problem,” and one way to address it would be considering opening the priesthood to “viri probati,” a Latin term for “tested men” or married men of outstanding faith and virtue. “We need to consider if ‘viri probati’ could be a possibility,” he said. “If so, we would need to determine what duties they could undertake, for example, in remote communities.”

Nona Blyth Cloud has lived and worked in the Los Angeles area for over 50 years, spending much of that time commuting on the 405 Freeway. After Hollywood failed to appreciate her genius for acting and directing, she began a second career managing non-profits, from which she has retired. Nona has now resumed writing whatever comes into her head, instead of reports and pleas for funding. She lives in a small house overrun by books with her wonderful husband.
View all posts by wordcloud9 →
This entry was posted in History, Holidays, On This Day and tagged Abraham Lincoln, Emma Bonino, Glenda Jackson, Graciela Olivarez, Gustav Stickley, Sue Lee, Voltaire. Bookmark the permalink.
Loading Comments...
%d bloggers like this: