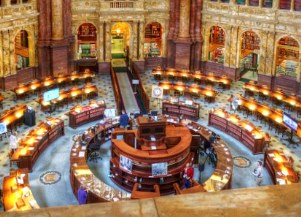 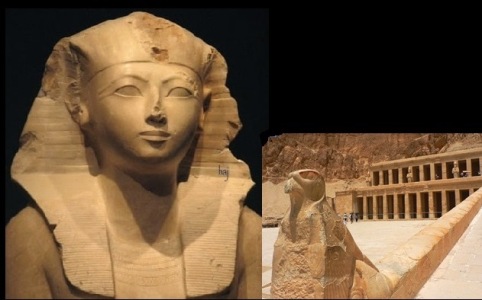 1184 BCE – Traditional date of the fall of Troy

1492 – Sabina of Bavaria-Munich born; she was promised in marriage at age six by her uncle, King Maximilian I (Holy Roman Emperor 1508-1519), to Ulrich, Duke of Württemberg. They were married in 1511, but the marriage was exceedingly unhappy because of Ulrich’s violent temper, and his obsession with the wife of another man. He killed the husband during an altercation. Sabina was forced to flee from Ulrich, leaving her son and daughter behind. She sought shelter with her brother William IV, Duke of Bavaria, and won both his support and that of Emperor Maximilian, who twice placed Ulrich under the imperial ban. In 1551, when her son Christoph inherited the throne of Württemberg. Sabina moved to Nürtingen, the official widow’s residence of the Württembergs, where she led a small court. She was an educated woman, and Nürtingen became a meeting place for Württemberg Protestantism

1815 –Anthony Trollope born, English novelist, playwright, essayist and non-fiction author, noted for the Chronicles of Barsetshire, a series of novels set in the imaginary county of Barsetshire

1862 – Botany Day * – Tomitaro Makino, Japanese botanist and pioneer in Japanese plant taxonomy, the identification and classification of plants. In 1887, he became the publisher of an academic journal of botany, and in 1936, he published his six volume Makino Book of Botany. This book describes 6000 species, including 1000 which Makino had discovered.  His 1940 book, Makino’s Illustrated Flora of Japan, is still used as an encyclopedic text today. He name over 2500 plants, including 1500 new varieties. At his death, his collection of 400,000 specimens was donated to Tokyo Metropolitan University

1889 – Lyubov Popova born, Russian avant-garde artist and theatrical set designer and textiles designer; one of the first women in Cubo-Futurism

1895 – Joshua Slocum, begins his voyage to become the first person to sail single-handedly around the world, setting sail from Boston MA aboard his sloop Spray

1913 – The Woolworth Building, a skyscraper in New York City, still of the 100 tallest buildings in the U.S.

1915 – Armenian Genocide Remembrance Day * – 250 Armenian intellectuals and leaders are arrested in Constantinople, beginning the Armenian Genocide in Turkey; an estimated 1.5 million Armenians are killed; the Turkish government remains adamant that the numbers are greatly exaggerated and most of the deaths caused by disease, but there is convincing evidence, including photographs and written eye-witness accounts by workers for international charities and by missionaries running schools and orphanages in Turkey

1922 – The first segment of the Imperial Wireless Chain  to provide wireless telegraphy  between Leafield in Oxfordshire UK and Cairo, Egypt, goes into operation

1923 – Doris Burn born, American children’s book author and illustrator; as an adult, she lived on Waldron Island, one of the San Juan Islands of Washington State, with no electricity, running water or telephone service. All her supplies came by boat from the mainland. She is best known for the first book which she wrote and illustrated, Andrew Henry’s Meadow 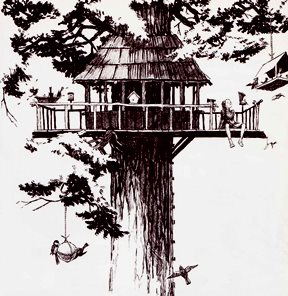 1923 – In Vienna, Sigmund Freud publishes his paper Das Ich und das Es (The Ego and the Id) outlining his theories of the id, ego, and super-ego

1926 – The Treaty of Berlin is signed by Germany and the Soviet Union, pledging neutrality in the event of an attack on the other by a third party for the next five years

1928 – Anahit Georgievna Perikhanian born in Russia, Armenian academic, who specialized in the Sasanian Empire (224-651), the last kingdom of the Persian Empire before the spread of Islam, especially its jurisprudence, history and society. She was also interested in ancient inscriptions of Asia Minor and the Middle East, as well as Middle Iranian languages and Armenian language,  spent much time researching Armenian philology and etymology, especially in relation to Iranian loanwords in the Armenian language. She contributed to the understanding of Aramaic inscriptions found in Armenia

1931 –Bridget Riley born, English artist, illustrator and muralist, one of the foremost painters in Op Art 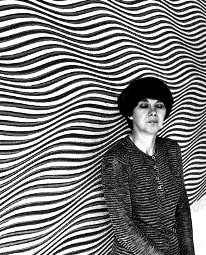 1932 – Benny Rothman leads the Mass Trespass of Kinder Scout, in the Peak district of Derbyshire, to protest ‘ramblers’ (walkers who were working class, and had little access to outdoor recreation) in England and Wales being denied the right to walk in large areas of open country that were privately owned game preserves for the wealthy. Six of the trespassers are arrested. Trespass wasn’t a criminal offence in any part of Britain at the time, but jail sentences of two to six months were given to four leaders, including Benny Rothman, for offences of violence in scuffles with the gamekeepers attempting to keep the walkers out. The movement contributed to passage of National Parks legislation in 1949, and Britain’s first national park, the Peak District National Park 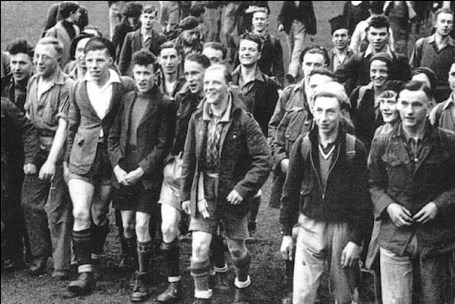 The front wave of the Kinder Scout Mass Trespass

1934 – Shirley MacLaine born, American actress, dancer, singer, author and activist; Six-time Academy Award nominee, including a 1975 Best Documentary Feature nomination as co-director for The Other Half of the Sky: A China Memoir.  She won the 1983 Best Actress Oscar for Terms of Endearment. MacLaine is the author of Out on a Limb; Dancing in the Light; and McGovern: The Man and His Beliefs, written while she was organizing and campaigning for George McGovern’s presidential candidacy

1934 – Laurens Hammond patents a pipeless organ with the tonewheel generator

1940 – Sue Grafton born, American mystery writer; noted for her alphabet series (A is for Alibi) with protagonist Kinsey Milhone 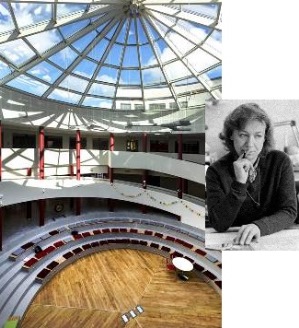 1948 – Eliana Gil born, Ecuadorian therapist, lecturer and writer; known for her work on trauma and abuse. She is a registered Play Therapy Supervisor, a registered Art Therapist, and a licensed Marriage, Family, Child Counselor . She has worked in child abuse prevention and treatment since 1973. She is the senior partner in the Gil Institute for Trauma Recovery and Education in Fairfax, Virginia

1955 – End of the Bandung Conference: Twenty-nine non-aligned nations of Asia and Africa, many of them newly independent, finish their meeting in Indonesia which condemns colonialism, racism, and the Cold War.  The combined inhabitants of these countries, 1.5 billion people, represented 54% of the world’s population. In 2005, on the 50th anniversary of the conference, leaders from Asian and African countries meet again to launch the New Asian-African Strategic Partnership (NAASP), pledging to promote political, economic and cultural cooperation between the two continents

1970 – The Gambia becomes a republic within the Commonwealth of Nations, with Dawda Jawara as its first President (1970-1994)

1972 – John Lennon’s controversial single “Woman is the Nigger of the World” is released in the U.S, reaching #57 on Billboard’s Hot 100, in spite of virtually every U.S. radio station refusing to air it. Yoko Ono had used the phrase, and Lennon wrote the song to make the point that women deserve better treatment and higher status

1988 – Alexandra Shevchenko born, Ukrainian feminist activist, self-styled ‘sextremist’ and a founding member of the protest group FEMEN, originally a student group, but FEMEN evolved into regularly demonstrating against the sexual exploitation of all Ukrainian women. They frequently employed shock tactics like appearing topless with their message painted on their bodies, or dressed in costume, such as French maids during a 2011 demonstration in Paris against Dominique Strauss-Kahn, Managing Director of the International Money Fund who was indicted on charges of sexually assaulting a maid at the Sofitel New York Hotel. Charges were dropped because of inconclusive physical evidence and conflicting statements made by the victim. In the meantime, there were a number of other women who came forward with allegations of sexual misconduct, including attempted rape and hiring prostitutes for sex parties, but charges were never filed, or were dropped, or Strauss-Kahn was acquitted. In 2013, shortly after the group’s book, FEMEN, was published in French, Shevchenko left the Ukraine 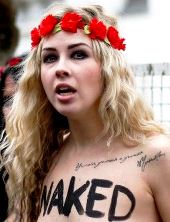 1996 – The Antiterrorism and Effective Death Penalty Act passes into law in the U.S. AEDPA has a huge impact on the law of habeas corpus. One provision limits the power of federal judges to grant relief unless the state court’s adjudication of the claim resulted in a decision that was contrary to, or involved an unreasonable application of clearly established federal law as determined by the US Supreme Court; or based on an unreasonable determination of the facts in light of the evidence presented in the state court proceeding. In addition to modifications that pertain to all habeas corpus cases, AEDPA enacted special review provisions for capital cases from states that enacted quality controls for performance of counsel in state courts in the post-conviction phase. States that enacted quality controls would see strict time limitations enforced against their death-row inmates in federal habeas proceedings coupled with extremely deferential review to the determinations of their courts regarding issues of federal law. AEDPA also created entirely new statutory law. For example, the judicially-created abuse-of-the-writ doctrine had restricted the presentation of new claims through subsequent habeas petitions. AEDPA replaced this doctrine with an absolute bar on second or successive petitions

2004 – After Libya cooperates in eliminating weapons of mass destruction, the U.S. lifts the economic sanctions imposed on Libya 18 years previously

2014 – Fashion Revolution Day * – Held on the first anniversary of the Rana Plaza disaster in Bangladesh, in which the building collapsed, killing 1133 workers and injuring 2500. It is a campaign for change in the fashion industry to better inform consumers who the people are that make their clothes and to advocate for better and safer working conditions

2019 – The number of U.S. measles cases to date in 2019 reached 695, the highest level in 25 years. Cases have been reported in 22 states, with 61 new infections reported in New York City alone. By comparison, there were 963 cases in 1994 for the entire year. About three-quarters of the illnesses have occurred in New York state, mostly in two ultra-Orthodox Jewish communities in Brooklyn and suburban Rockland County. Most of the people who have fallen ill had not been vaccinated. Doctors say the measles vaccine is safe and effective, and the Center for Disease Control recommends everyone over a year old who has not had the disease should be vaccinated.. The widespread use of the measles-mumps-rubella vaccine starting in the 1960s helped lead to the declaration that measles had been eliminated across the U.S. in 2000. Public officials say the recent anti-vaccination movement has resulted in renewed outbreaks

Nona Blyth Cloud has lived and worked in the Los Angeles area for over 50 years, spending much of that time commuting on the 405 Freeway. After Hollywood failed to appreciate her genius for acting and directing, she began a second career managing non-profits, from which she has retired. Nona has now resumed writing whatever comes into her head, instead of reports and pleas for funding. She lives in a small house overrun by books with her wonderful husband.
View all posts by wordcloud9 →
This entry was posted in History, Holidays, On This Day and tagged Alexandra Shevchenko, Dawda Jawara, Eliana Gil, Lyubov Popova, Shirley MacLaine, Tomitaro Makino, Willem de Kooning. Bookmark the permalink.
Loading Comments...
%d bloggers like this: