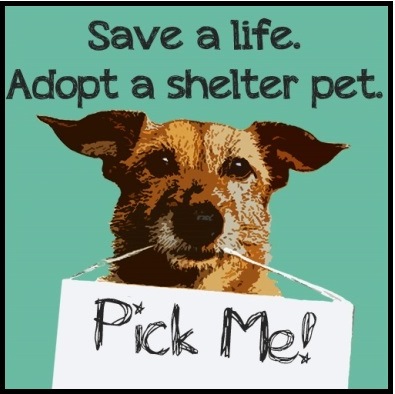 311 – The Diocletianic or Great Persecution of Christians in the Roman Empire ends in the Eastern Empire on this day when Roman Emperor Galerius issues the Edict of Serdica (now Sofia, Bulgaria), granting Christianity the status of “religio licita”, a worship recognized and accepted by the Roman Empire 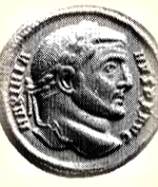 642 – Chindasuinth is anointed by the bishops as Visigothic King of Hispania, after a pro forma election by the nobles once he overthrew his predecessor Tulga in a coup

1315 – Enguerrand de Marigny, French Chamberlain, coadjutor and minister to Philip IV the Fair, after successfully defending himself against charges by Charles of Valois of bribery and corruption, is hanged when Valois brings new charges of sorcery against him 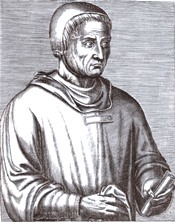 1513 – Edmund de la Pole, son of Edward IV’s younger sister Elizabeth of York, and leading Yorkist pretender to the English throne, is executed by order of King Henry VIII, after being imprisoned by Henry VII since 1506

1517 – Evil May Day Riot begins on eve of May Day, violence against foreigners living in London by about 1,000 apprentices, who congregate in Cheapside, and free the prisoners locked up for previous attacks on foreigners, then march into the St. Martin le Grand section of London, home to many foreigners, and loot their houses; the Duke of Norfolk, and possibly the Earl of Shrewsbury, lead a private army to quell the rioters 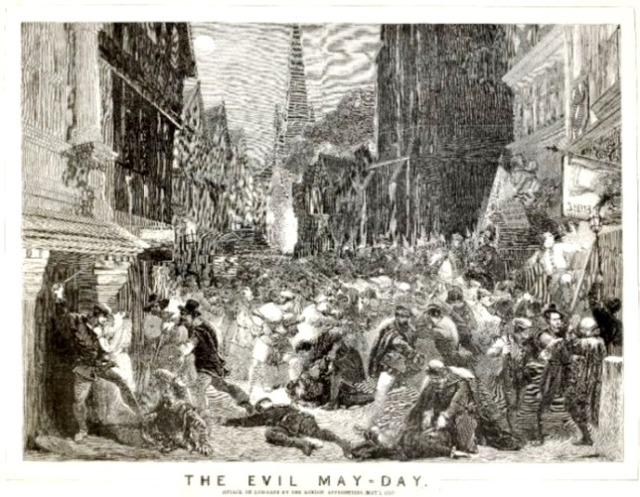 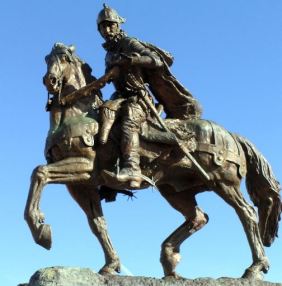 1598 – Henry IV of France issues the Edict of Nantes, allowing some freedom of religion to the Huguenots, French protestants

1662 – Mary II born, Queen of England, Scotland and Ireland, co-ruler with her husband William of Orange, from 1689 until her death at age 32 in 1694 from smallpox. Since William was often away on military campaign, beginning in 1690 against the Jacobites in Ireland, Mary administered the government of the realm with the advice of a nine-member cabinet. A devout Anglican, she was more focused on morals and piety than politics – all matters of ecclesiastical patronage passed through her hands. She left administering the government in William’s hands whenever he was at home

1789 – On the balcony of Federal Hall on Wall Street in New York City, George Washington takes the oath of office as the first elected President of the United States

1812 – The Territory of Orleans becomes Louisiana, the 18th U.S. state

1859 – A Tale of Two Cities, the novel by Charles Dickens is first published as a serial in a literary magazine 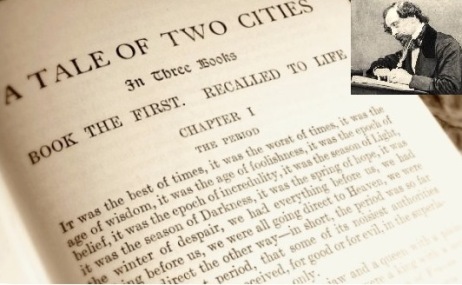 1877 – Alice B. Toklas born, American member of the Parisian avant-garde and self-effacing life partner of Gertrude Stein. She left the U.S. and moved to Paris five months after the devastating 1906 earthquake and fire destroyed most of San Francisco. She met Gertrude Stein on the day she arrived in Paris, September 8, 1907, the beginning of their relationship which lasted until Stein’s death in 1946. They hosted a salon in their home which attracted notable expatriate American writers, and avante-garde European painters. When Stein died in 1945, she willed much of her estate, including her share of the art collection which they acquired together, to Toklas, but their relationship had no legal recognition. The greatly increased value of the paintings caused Stein’s relatives to make a counter-claim, and they removed the artworks from Toklas’ home and placed them in a bank vault while she was away on vacation. After that, Toklas often had to rely on contributions from friends to supplement her income from writing articles for magazines and newspapers. In 1954, she published The Alice B. Toklas Cookbook, which mixed recipes with reminiscences, and became notorious for a recipe for ‘Haschich Fudge’ which was actually from her friend Brion Gysin.  A second cookbook in 1958, Aromas and Flavors of Past and Present, was so heavily annotated by editor Poppy Cannon that Toklas did not approve of it. In 1963, she published her autobiography, What is Remembered, ending it abruptly with Gertrude Stein’s death. Her last years were very difficult because of declining health and financial problems. She died in poverty in 1967 at age 89, and is buried next to Stein, with her name engraved on the back of Stein’s headstone 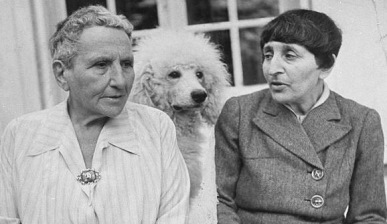 Gertrude Stein, Basket the poodle, and Alice B. Toklas

1885 – Governor of New York David B. Hill signs legislation creating the Niagara Reservation, New York’s first state park, ensuring that Niagara Falls will not be devoted solely to industrial and commercial use

1897 –  J. J. Thomson of the Cavendish Laboratory announces his discovery of the electron as a subatomic particle, over 1,800 times smaller than a proton (in the atomic nucleus), at a lecture at the Royal Institution in London

1900 – Hawaii becomes a territory of the United States, with Sanford B. Dole as  governor, a long-time advocate of the westernization and destruction of Hawaii’s monarchy and culture. He helped write the “Bayonet Constitution” which curtailed the monarch’s powers and limited voting rights to only men of Hawaiian, American, and European ancestry who met certain financial requirements, disenfranchising thousands of Asian voters, and opening voting to thousands of non-citizens. While he declined to officially be part of the “Committee of Safety” which overthrew the Hawaiian monarchy in 1893, he helped draft their declaration, and was named president of the Provisional Government

1900 – Cecily MacKenzie Lefort born, Scottish woman who married a Frenchman, and was living in Brittany until the WWII German invasion of France. Before the couple fled to England, they arranged for the maquis (French resistance) to use their home for aiding downed British pilots to get out of occupied France. In 1941, Lefort joined the British Women’s Auxiliary Air Force. She volunteered in 1942 to use her fluent French in the F section (France) of Special Operations Executive, where she was trained as an espionage agent. In June 1943, she and two other agents were flown to Le Mans, and Lefort was sent to southeastern France where she worked as a courier. The Gestapo arrested her in September, and she was interrogated and tortured, then shipped to  the Ravensbrück concentration camp in Germany. In 1945, she was transferred to a new camp, supposedly for sick prisoners, but really an extermination camp, where she died in February in the gas chamber. Lefort was one of 12 women agents of the SOE who were executed in concentration camps 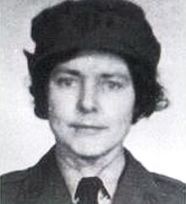 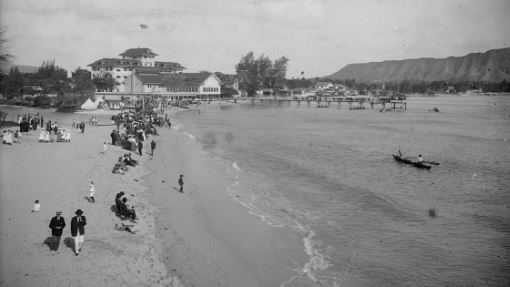 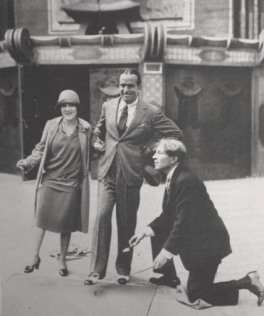 1937 – The Commonwealth of the Philippines holds a plebiscite on extending suffrage to Filipino women; over 90% vote in the affirmative

1945 – Führerbunker: Adolf Hitler and Eva Braun commit suicide after being married for less than 40 hours. Soviet soldiers raise the Victory Banner over the Reichstag building

1947 – In Nevada, Boulder Dam is renamed Hoover Dam for the second time

1948 – In Bogotá, Colombia, the Organization of American States (OAS) is established

1954 – Jane Campion born, New Zealand film director, producer and screenwriter; the second of the five women nominated for an Academy Award for Best Director, and the first woman filmmaker to receive the Palme d’Or, at the 1993 Cannes Film Festival for The Piano, which also won Campion an Academy Award for Best Original Screenplay, and Oscars for Best Actress for Holly Hunter, and Best Supporting Actress for Anna Pacquin, at age 11, the second-youngest winner in Oscar history 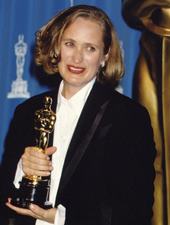 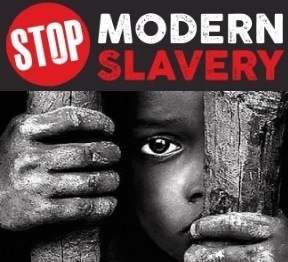 1963 – The Bristol Bus Boycott is held in Bristol, England, to protest the Bristol Omnibus Company’s refusal to employ Black or Asian bus crews, drawing national attention to racial discrimination in the United Kingdom

1973 – President Richard Nixon announces that White House Counsel John Dean has been fired and that H. R. Haldeman and John Ehrlichman have resigned 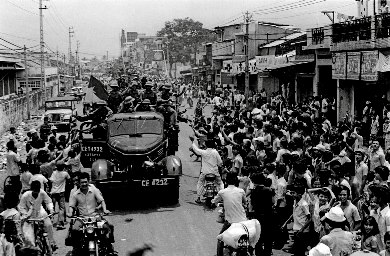 1989 – South African anti-apartheid activist and politician Helen Suzman announces her retirement from the whites-only South African Parliament after 36 years, representing Houghton from 1953 to 1989. From 1961 to 1974, she was the only member of parliament unequivocally opposed to apartheid, and often used her parliamentary privilege to evade government censorship in order to pass information to the media about apartheid’s worst abuses. She asked thousands of questions in Parliament, and was once accused by a minister of asking questions in parliament that embarrassed South Africa, to which she retorted: “It is not my questions that embarrass South Africa; it is your answers.” Suzman was instrumental in improving prison conditions for members of the banned African National Congress, including Nelson Mandela

1993 —Top-ranked women’s tennis player Monica Seles, age 19, is stabbed in the back by a deranged male fan of Steffi Graf, during a match in Hamburg, Germany 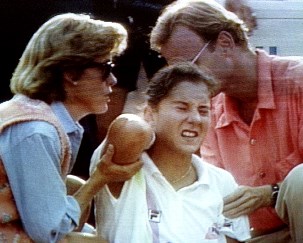 1997 — ABC airs the “coming out” episode of the TV sitcom “Ellen,” in which the title character, played by Ellen DeGeneres, admits she is a lesbian

2008 – Two skeletal remains found near Yekaterinburg, in Russia, are confirmed by Russian scientists to be the remains of Alexei and Anastasia, two of the last Tsar’s children, whose entire family was executed in Yekaterinburg by the Bolsheviks

2011 – International Jazz Day * is declared by UNESCO, at the suggestion of UNESCO Goodwill Ambassador Herbie Hancock, who chaired the first event in 2012, co-sponsored by the Thelonious Monk Institute of Jazz 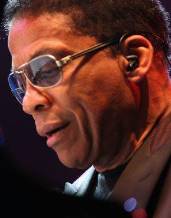 2015 – Elon Musk unveils an offshoot of his electric car company, Tesla Energy, to market batteries that store energy from solar and other sources at homes and offices. The company’s first unit, the ‘Powerwall’ is a 10kWh lithium-ion battery designed to hang on the wall and provide enough power for a home for about 10 hours. The battery is based on the battery used in the Tesla Model S sedan 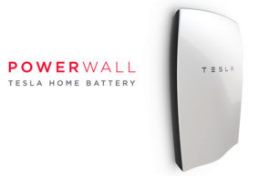 2018 – Roy Moore, the former judge who lost his Senate bid in Alabama in 2017 after nine women accused him of sexual misconduct when he was in his 30s and they were teenagers, filed a lawsuit against four of the women. The suit claims he was the target of a political conspiracy meant to derail his campaign, with additional counts of defamation, intentional infliction of emotional distress, and outrage. Moore has denied the allegations and said during a press conference he “never knew” his accusers. The attorney for one of the defendants called Moore’s suit “frivolous.” An attorney for another of the women, Leigh Corfman, said his client is “no longer a teenager and is not going to let Mr. Moore victimize her again.” Corfman had already filed a defamation suit against Moore. 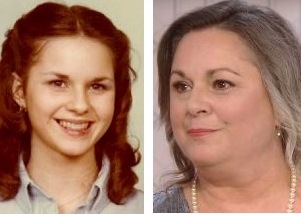 2019 – A British court sentenced Julian Assange, WikiLeaks founder, to 50 weeks in prison for jumping bail seven years ago and taking refuge in Ecuador’s London embassy. Assange, 47, had faced up to a year behind bars for the bail violation. Assange sought asylum att he Ecuadorian embassy in 2012 to avoid extradition to Sweden to face questioning on sexual assault and rape allegations. He was arrested after Ecuador’s government decided he had overstayed his welcome and disrespected his hosts. Assange would next face an extradition hearing in London linked to U.S. charges that he conspired with former U.S. Army intelligence analyst Chelsea Manning to hack a password and steal documents from a classified government computer

Nona Blyth Cloud has lived and worked in the Los Angeles area for the past 50 years, spending much of that time commuting on the 405 Freeway. After Hollywood failed to appreciate her genius for acting and directing, she began a second career managing non-profits, from which she has retired. Nona has now resumed writing whatever comes into her head, instead of reports and pleas for funding. She lives in a small house overrun by books with her wonderful husband.
View all posts by wordcloud9 →
This entry was posted in History, Holidays, On This Day and tagged Alice B. Toklas, Charles Dickens, Helen Suzman, Herbie Hancock, Jane Campion, Monica Seles, Simon Kuznets. Bookmark the permalink.
Loading Comments...
Comment
×
<span>%d</span> bloggers like this: