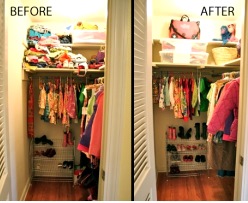 Clean Up Your Room Day

28 BC – A sunspot is observed by Han dynasty astronomers during the reign of Emperor Cheng of Han, one of the earliest dated sunspot observations in China

AD 70 – Siege of Jerusalem: Titus, son of emperor Vespasian, opens a full-scale assault on Jerusalem and attacks the city’s Third Wall to the northwest 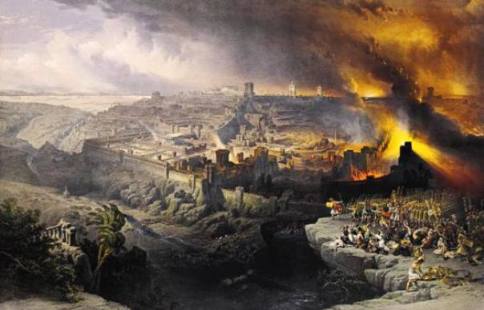 Siege of Jerusalem, by David Roberts, 1850

1503 – Christopher Columbus visits the Cayman Islands, naming them Las Tortugas after the numerous turtles there 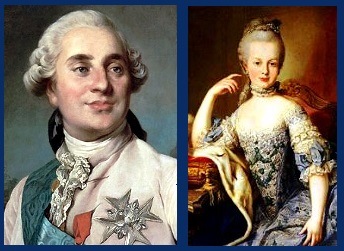 1824 – The National Gallery in London opens to the public.

1837 – New York City banks fail, and during the subsequent recession, unemployment reaches record levels, as high as 25 % in some areas

1857 – Indian Rebellion of 1857: Indian Sepoys mutiny against their commanding officers at Meerut

1869 – The first transcontinental railroad, linking the eastern and western U.S., is completed at Promontory Summit in Utah when the golden spike is driven in 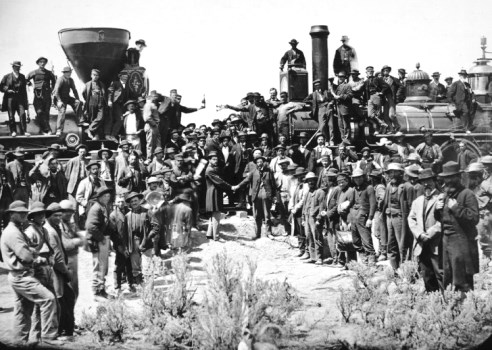 Missing from the photo: all the Chinese workers, who were not allowed to appear

1872 – Victoria Woodhull is the first woman nominated for President of the U.S, by the Equal Rights Party 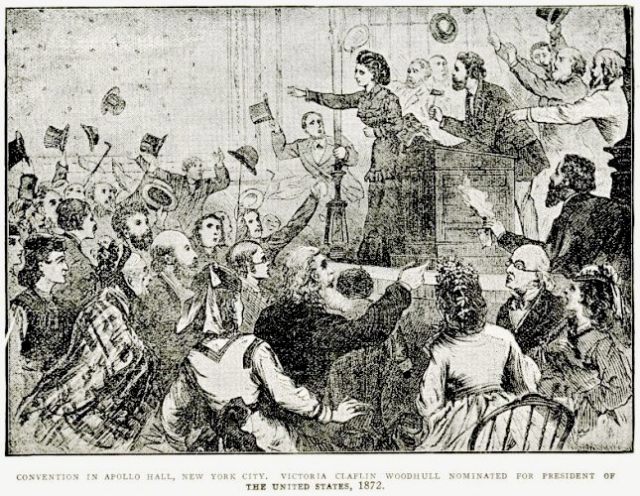 1888 – Max Steiner born in Austria, American composer for theatre and a pioneer in composing Hollywood film scores; nominated for 24 Oscars, winning for The Informer, Since You Went Away and Now, Voyager; best known for his scores for King Kong,  Gone With the Wind and Casablanca

1888 – Lucy Wills born, English haematologist; conducted important research in India on macrocytic anemia in pregnancy, which produces unusually large red blood cells that are low in hemoglobin, caused by deficiencies in B vitamins, most critically folate (B-9), which was discovered by Willis.  She was part of the wave of young British women who took advantage of the reforms achieved by 19th century feminists, which made higher education available to women, and attended Cheltenham Ladies’ College and Newnham College Cambridge. She sat for the University of Cambridge Tripos (examinations) in 1910, and did well, but women were not allowed to receive a Cambridge degree until 1947. In 1915, she enrolled at the London (Royal Free Hospital) School of Medicine for Women, part of the University of London, the first medical school in Britain to train women. The Royal Free Hospital was the first to allow women access to the wards and outpatient departments. In 1920, Wills became a legally qualified medical practitioner with the qualification of Licentiate of the Royal College of Physicians London, and with University of London degrees of Bachelor of Medicine and Bachelor of Surgery. She was 32 years old, and decided not to practice medicine. Instead, she went into research, focusing on metabolic studies of pregnancy, and teaching in the Department of Pregnant Pathology at the Royal Free Hospital. In 1928, she went to India, and began her seminal work on macrocytic anemia in pregnancy, and spent most of her time there from 1928 to 1933, when she returned full-time to the Royal Free, aside from a 10-week-working trip to India in 1937-1938, when she travelled for the first time by airplane. She noticed that macrocytic anemia was much more prevalent among poor Muslim women, and did lab experimented with albino rats, discovering that the addition of yeast extracts to synthetic diets prevented the anemia. She then tried using yeast extracts on human patients with macrocytic anemia, and found that they both prevented and cured the anemia. She co-published her results with M.M. Mechta in 1931, in the British Medical Journal. Willis retired from the Royal Free Hospital in 1947 after establishing the hospital’s first haematology department, but during WWII she served as a pathologist in the Emergency Medical Service 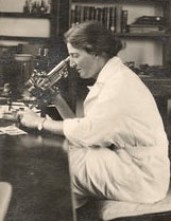 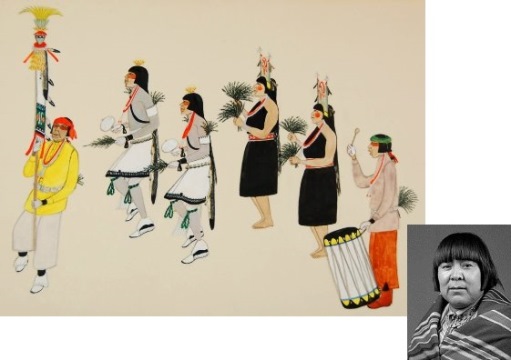 1894 – Dmitri Tiomkin born in Russia, American film composer; nominated for 22 Academy Awards and won three times, for High Noon, The High and the Mighty, The Old Man and the Sea, and also won an Oscar for Best Original Song for “The Ballad of High Noon”

1898 – Ariel Durant born in Russia, American historian and co-author with her husband Will Durant of the eleven-volume The Story of Civilization

1900 – Cecilia Payne-Gaposchkin born, British astronomer and astrophysicist, first person to receive a PhD in astronomy from Radcliffe; she proposed an explanation for the composition of the stars in her thesis. It was confirmed years later by Henry Norris Russell, who has often given credit for the discovery even though he acknowledged Payne’s work in his paper 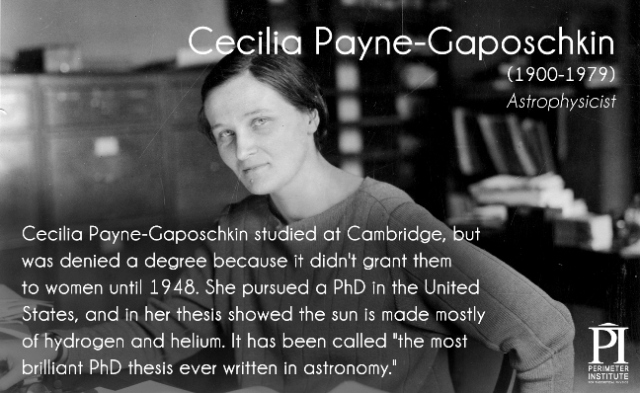 1901 – Hildrus Poindexter born, African American bacteriologist, expert on the epidemiology of tropical diseases, particularly Malaria; commissioned officer  in the U.S. Public Health Service; My World of Reality is his autobiography

1911 – Bel Kaufman born, American author and educator, known for her novel Up the Down Staircase

1916 – Sailing in the lifeboat James Caird, Ernest Shackleton and five crew members arrive at South Georgia after a journey of 800 nautical miles from Elephant Island; Polar and Naval historians regard the voyage as one of the greatest small-boat journeys ever undertaken, through shifting ice, heavy seas, freezing temperatures and high winds 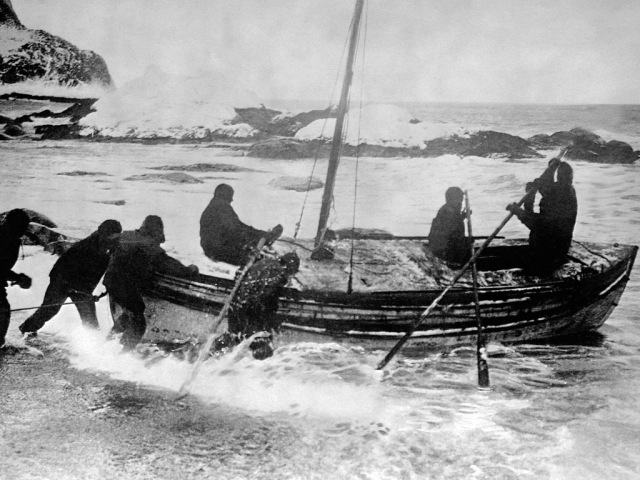 1924 – J. Edgar Hoover is appointed first Director of the United States’ Federal Bureau of Investigation (FBI), and remains so until his death in 1972

1927 – Nayantara Sahgal born, Indian author, one of the first women from India to receive wide recognition for her works in English; Rich Like Us 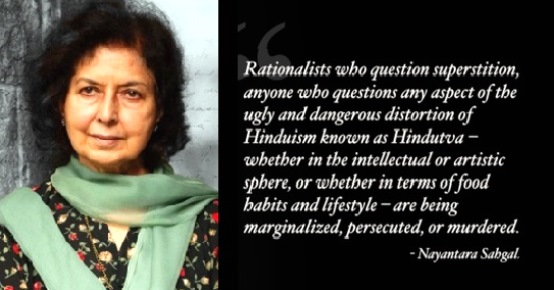 1929 – Antonine Maillet born, Acadian-Canadian novelist, playwright and scholar; taught literature and folklore at several Canadian Universities, including the University of Montreal (1974-1975) and worked for Radio-Canada in Moncton, New Brunswick, as a scriptwriter and host; she was the first non-European to win the Prix Goncourt, in 1979, for Pélagie-la-Charrette (Pélagie: The Return to Acadie)

1933 – Barbara Taylor Bradford born, British-American novelist; her debut novel, A Woman of Substance, ranks as one of the top-ten bestselling books of all time, and all of her 35 novels have best bestsellers 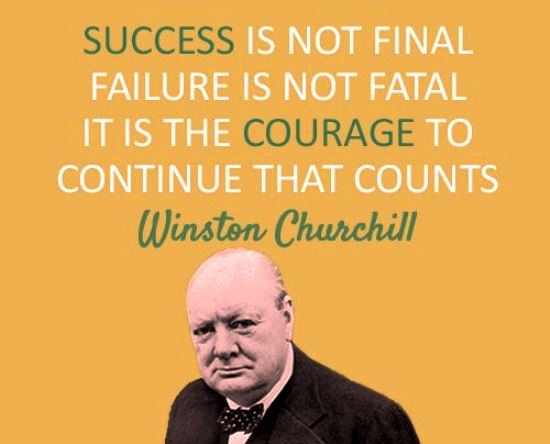 1944 – Marie-France Pisier born in French Indochina, French actress, screenwriter, novelist and director; she appeared in over 70 films, including Cousin Cousine; author of the novel, Le Bal du gouverneur (The Governor’s Ball), and she also wrote the screenplay based on her book for the 1990 film, which was her directorial debut; in 2002, she directed Comme un avion (Like an Airplane)

1948 – The Republic of China implements “temporary provisions” granting President  Chiang Kai-shek extended powers to deal with the Communist uprising, which remain in effect until 1991

1950 – LIFE magazine publishes a story titled “Problem King of Egypt” about King Farouk, and the Egyptian Council of Ministers bans the magazine from Egypt forever 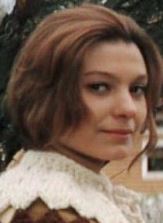 1954 – Bill Haley & His Comets release “Rock Around the Clock”, the first rock and roll record to reach #1 on the Billboard charts 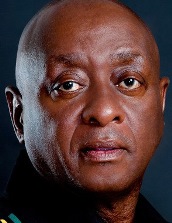 1956 – The UN reports an unconditional ceasefire has been accepted by Israel, Egypt, Syria and Lebanon

1958 – Ellen Ochoa born, first Mexican-American woman in space. Engineer Ellen Ochoa’s first mission to space was on STS-56 ATLAS-2 Discovery in 1993. Since then, she’s logged nearly 1,000 hours in orbit. Ochoa served as the Director (2013-2018) of NASA’s Lyndon B. Johnson Space Center in Houston, Texas, the first Latina and the second woman to hold the title 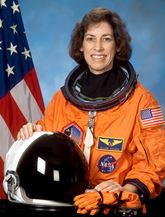 1962 – Marvel Comics publishes the first issue of The Incredible Hulk 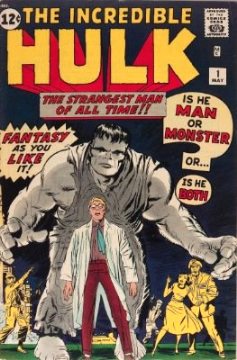 1963 – Debbie Wiseman born, English composer and conductor for film and television; Visiting Professor at the Royal College of Music; film scores include Tom and Viv and  Before You Go; for TV, scores for Wolf Hall, The Promise and A Poet in New York 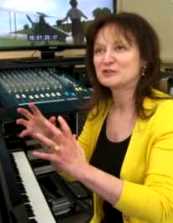 1971 – Monisha Kaltenborn born in India; Indian-Austrian co-founder of KDC Racing, a Formula One team since 2018. She was team principal of the Sauber Formula One team (2010-2017), in charge of corporate and legal affairs, the first woman team principal in Formula One. She left the company after it was taken over by Longbow Finance. Earned master’s degree in International Business Law at the London School of Economics (1996) 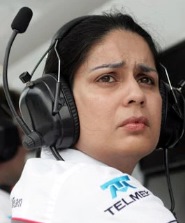 1994 – Nelson Mandela is sworn in as president of South Africa 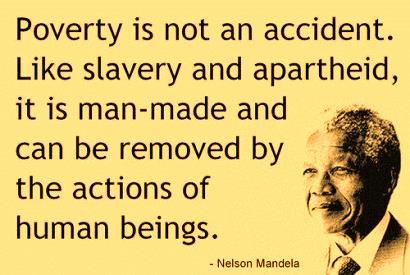 2004 – World Lupus Day is sponsored by the World Lupus Federation as a call-to-action on behalf of millions of people of all ages who are affected by lupus, for more funding for research and better disease management

2015 – National Lipid Day * is launched to raise awareness of Dyslipidemia, an abnormal amount of lipids (triglycerides, cholesterol or fat phospholipids) in the blood, a major cause of Cardio Vascular disease 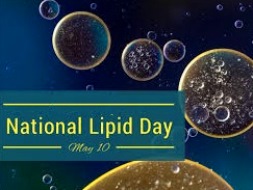 2016 – NASA officials announced that the Kepler space telescope has detected 1,284 previously unknown exoplanets, the largest group of newly discovered alien planets ever unveiled at one time. The finds increased the number of known alien planets by 60%. Nine of the rocky worlds theoretically could support life. “You can see, doing the math, that you’re talking about tens of billions of potentially habitable, Earth-sized planets out there in the galaxy,” said astrophysicist Natalie Batalha, who worked on the project at NASA’s Ames Research Center in California 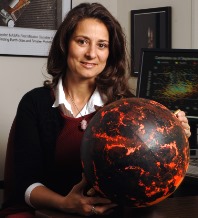 2019 – Pope Francis met with women religious from 80 countries who were attending the International Union of Superiors General. He was asked about the possibility of women deacons in the church’s future, but the Pope said he could not do something that has not developed from revelation, the truths about the faith revealed by God. He also said of the ongoing scandal over abuse suffered by Catholic women religious: “It’s a serious problem, a grave problem. It’s not just sexual abuse; it is also the abuse of power, the abuse of conscience.” 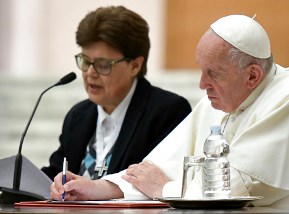 Nona Blyth Cloud has lived and worked in the Los Angeles area for the past 50 years, spending much of that time commuting on the 405 Freeway. After Hollywood failed to appreciate her genius for acting and directing, she began a second career managing non-profits, from which she has retired. Nona has now resumed writing whatever comes into her head, instead of reports and pleas for funding. She lives in a small house overrun by books with her wonderful husband.
View all posts by wordcloud9 →
This entry was posted in History, Holidays, On This Day and tagged Ariel Durant, Elena Kagan, Hildrus Poindexter, Mbongeni Ngema, Nayantara Sahgal, Nelson Mandela, Tonita Peña. Bookmark the permalink.
%d bloggers like this: