“Abstract Minimalist” — Sometimes the labels that get attached to a poet’s work obscure rather than illuminate. The poet Robert Lax (1915 – 2000) pared down his work and his life to the essentials.

Robert Lax dealt in the Eternal Questions, looking for answers in nature, and the extraordinary in ordinary life. He would hate being called a Mystic, yet few people in the 20th century sought the Infinite with more dedication.

This is the first poem I read by Robert Lax: 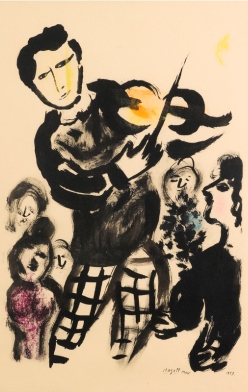 and the first note contained
a nickel and said:
when you play, we dance and
sing, signed
a very poor family

and the second one contained
a dime and said:
I like your playing very much,
signed
a sick old lady

and the last one contained
a dollar and said:
beat it,

would you:
stand there and play?

walk away playing your fiddle?

Robert Lax was born in Olean, a town of about 14,500 in 1915, in the southeast corner of New York state. At Columbia University, he became friends with Thomas Merton while working together on the college humor magazine, Jester.  Merton describes Lax at a staff meeting: “Taller than them all, and more serious, with a long face, like a horse, and a great mane of black hair on top of it, Bob Lax meditated on some incomprehensible woe.” It was a friendship that was to endure for a lifetime, however far apart their spiritual paths took them.

After Columbia, Lax worked for Time magazine and the New Yorker, which he considered a “toxic” environment. He was unsettled because he had trouble writing on command, but had flashes of inspiration he called “trumpet attacks.” He tried writing screenplays for Hollywood, then teaching at the University of North Carolina and Connecticut College for Women. He  converted from Judaism to Catholicism in 1943, five years after his friend Thomas Merton, whose own spiritual quest led to becoming a Trappist monk.

Dissatisfied with his life, Robert Lax ran away to join the circus. He became a juggler, and traveled with the Cristiani Brothers circus in 1949, working on a poem cycle, often regarded as his masterpiece, using the circus as a metaphor for  Creation, The Circus of the Sun.

Who is it for whom we now perform,
Cavorting on wire:
For whom does the boy
Climbing the ladder
Balance and whirl–
For whom,
Seen or unseen
In a shield of light?

Seen or unseen
In a shield of light,
At the tent top
Where rays stream in
Watching the pin-wheel
Turns of the players
Dancing
In light:

Lady,
We are Thy acrobats;
Jugglers;
Tumblers;
Walking on wire,
Dancing on air,
Swinging on the high trapeze:
We are Thy children,
Flying in the air
Of that smile:
Rejoicing in light.

We perform before Thee,
Walking a joyous discipline,
A thin thread of courage,
A slim high wire of dependence
Over abysses.

What do we know
Of the way of our walking?
Only this step,
This movement,
Gone as we name it.
Here
At the thin
Rim of the world
We turn for Our Lady,
Who holds us lightly:
We leave the wire,
Leave the line,
Vanish
Into light.

In 1952, Lax became a roving editor for Jubilee, a lay Catholic magazine, which was founded by Ed Rice, another Jester staffer from his Columbia days. But he was still restless.

”are you a visitor?” asked
the dog.

”only a visitor?” asked
the dog.

Then in 1962, he began his odyssey in the Greek islands. Years later, he told a story of his discovery of Patmos to his friend, artist Nancy Goldring, who wrote down: “…he saw a postcard of a medieval painting in which there was “a big man on a little rock”— St. John of Patmos. He said, “I think I’d like to be like that.” Patmos is one of the most sacred Greek islands with this beautiful monastery which you could visit back then. He knew every little chapel and would go and perhaps pray in his own way. They called him Petrus for Saint Peter, the rock…Once he wrote “putting yourself in the place where grace can flow to you” and I think that answers why he was on Patmos.”

He spent 35 years living on Patmos, becoming part of the island’s attractions, like its Monastery, its churches, and its fishing boats – the resident poet of Patmos.

than a
straight
line
?

what should
you draw:
big flowers? 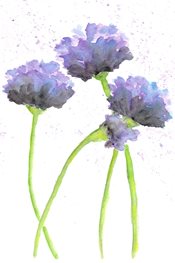 i think
you should
draw
big
flow
ers

In his last years, his poetry was rhythmic sound, easier to comprehend if spoken aloud.

He never sought fame, but when seekers after spiritual meaning discovered his books of poetry and his journals, many made the pilgrimage to Patmos, where he lived alone, but was usually patient and sociable with visitors – a kind of summer circus.

He had come full circle.

Nona Blyth Cloud has lived and worked in the Los Angeles area for over 50 years, spending much of that time commuting on the 405 Freeway. After Hollywood failed to appreciate her genius for acting and directing, she began a second career managing non-profits, from which she has retired. Nona has now resumed writing whatever comes into her head, instead of reports and pleas for funding. She lives in a small house overrun by books with her wonderful husband.
View all posts by wordcloud9 →
This entry was posted in Poetry, Word Cloud and tagged MYSTIC, Patmos Greece, Robert Lax. Bookmark the permalink.
Loading Comments...
%d bloggers like this: