Bahá’í: observance begins at sundown, and ends at sundown the following day – Declaration of the Báb (‘the Gate’), foretells the coming of the Promised One, Bahá’u’lláh (‘Glory of God’), who will deliver a new Revelation to Humanity

192 – General and warlord Dong Zhuo, who controlled the Han central government, is assassinated by his adopted son Lü Bu. Lü Bu had already betrayed and murdered his previous overlord, Ding Yuan, before defecting to Dong Zhuo. Lü Bu was executed in 199 by Cao Cao, another warlord, who was Chancellor of the Eastern Han Dynasty

639 – Itzam Kʼan Ahk I (‘Ruler 2’) born, ajaw of Piedras Negras, an ancient Mayan settlement in Guatemala; he ascended the throne at age 12, and died at age 47, just a few days before the wedding of his son, Kooj (‘Puma’). Kooj succeeded him, and took the regnal name Kʼinich Yoʼnal Ahk II, after his grandfather 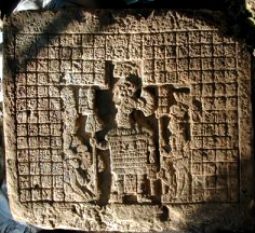 1009 – Su Xun born, Song dynasty writer, one of the Eight Masters of the Tang and Song, best known for his essays

1176 – During Saladin’s conquest of Syria, the Hashshashin (assassins) attempt to murder him near Aleppo

1370 – In Brussels, several Jews are murdered, and the rest of the Jewish community is banished from the city

1377 – Pope Gregory XI issues five papal bulls to denounce 19 propositions of On Civil Dominion written by English theologian  John Wycliffe, which attacked the privileged status of the priesthood, and the luxury and pomp of the Church’s ceremonies

1772 – Ram Mohan Roy born, Indian philosopher and reformer, advocate for abolishing sati, the custom of a widow (suttee, “good woman”) casting herself on her husband’s funeral pyre, held up as an ideal of Hindu womanly devotion, but sometimes widows of wealthy men were forced into the flames, so other relatives could inherit; noted for introducing the word ‘Hinduism’ into the English language in 1816 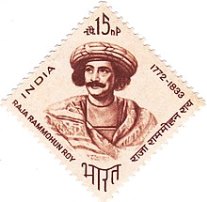 1783 – William Sturgeon born, English physicist and inventor of the electromagnet and electric motor

1795 – Mungo Park, Scottish explorer and writer, leaves for his first journey to Africa. He will be the first European known to travel along the central portion of the Niger River; also noted for his influential book, Travels in the Interior Districts of Africa 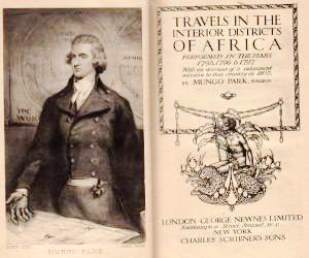 1814 – Amalia Lindegren born, Swedish painter, one of only four women given a dispensation to study at the Royal Swedish Academy of Arts (1849-1850), and the first woman to be given a scholarship by the academy to study art in Paris (1850-1853)

Sunday Evening in a Farmhouse, by Amalia Lindegren

1816 – A mob in Littleport, Cambridgeshire, England, riots over high unemployment and rising grain costs, which spreads to neighboring Ely the next day

1848 – Slavery is abolished in Martinique

1849 – Future U.S. President Abraham Lincoln is issued Patent #6,469 for an invention for “buoying vessels over shoals,” the only U.S. President to ever hold a patent

1859 – Sir Arthur Conan Doyle born in Scotland, British author of the Sherlock Holmes adventures – see Sherlock Holmes Day * (2013 entry). He graduated as a medical doctor from Edinburgh University in 1881, and was sent to South Africa in 1900 during the Second Anglo Boer War, to serve as a medic with the British Army. In 1902, he wrote a pamphlet defending the British conduct of the war, The War in South Africa: Its Causes and Conduct, which became so popular that he was knighted later that year

1863 – US Colored Troops Day * – The U.S. War Department issues General Order Number 143 on May 22, 1863, establishing the Bureau of Colored Troops to recruit African-American soldiers to fight for the Union Army. Regiments, including infantry,  cavalry, engineers, light artillery, and heavy artillery units, are recruited from all states of the Union and become known as the United States Colored Troops (USCT); Native Americans are also recruited

1872 – President Ulysses S. Grant signs the Amnesty Act into law, restoring full civil and political rights to all but about 500 Confederate sympathizers

1907 – Edith Margaret Faulstich born, American philatelist and philatelic journalist and editor, a specialist in postal history and postal covers; a founding member of the Postal History Society of the Americas, and its first woman president

1909 – Margaret Brown Mee born, British botanical artist, environmentalist and trade unionist, specialist in plants of the Brazilian Amazon rainforest; after moving to Brazil in 1952, she worked as a botanical artist for São Paulo’s Instituto de Botanica (1958-1964), creating 400 folios of gouache illustrations, 40 sketchbooks and 15 diaries of her explorations; one of the first people protest the impact of large-scale mining and deforestation on the Amazon Basin; noted for Flowers of the Brazilian Forests and The Diaries of Margaret Mee

Margaret Mee working – one of her paintings, a Bromeliad

1913 – Dominique Rolin born, Belgian novelist and feminist who wrote over 30 books; she won the 1952 Prix Femina for Le Souffle (The Breath). In her later work, such as Le Gâteau des morts (The Deathday Cake), she explored more introspective, psychoanalytic, and often semiautobiographical, themes 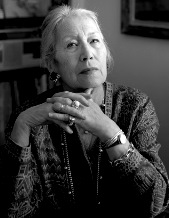 1927 – Peter Matthiessen born, American novelist, short story writer, editor and environmental activist; co-founded The Paris Review; the only writer to win the National Book Award in both fiction and nonfiction; The Snow Leopard, In the Spirit of Crazy Horse and Shadow County

The Family – by Marisol Escobar

1933 – Congress declares National Maritime Day * to commemorate the American steamship Savannah’s voyage from the United States to England, marking the first successful crossing of the Atlantic Ocean with steam propulsion. During World War II more than 250,000 members of the American Merchant Marine served their country, with more than 6,700 giving their lives, hundreds being detained as prisoners of war and more than 800 U.S. merchant ships being sunk or damaged

1939 – Germany and Italy sign the ‘Pact of Steel’ (actually named the Pact of Friendship and Alliance between Germany and Italy), declaring continuing trust and cooperation, and an intention for a union of policies on military and economic matters

1946 – The Culinary Institute of America is founded

1946 – Lyudmila Zhuravleva born, Ukrainian astronomer; at the Crimean Astrophysical Observatory, she discovered 213 minor planets and asteroids. The main-belt asteroid 26087 Zhuravleva, discovered by her colleague Lyudmila Karachkina at Nauchnij, was named in her honour

1950 – Irène Frain born, French novelist, journalist and historian; founding member of the Women’s Forum for the Economy and Society; Le Nabab (The Nabob); advocate and activist for the Tibetan cause and Aid to Tibetan Children

1954 – Barbara May Cameron born, American photographer, poet, writer and  nationally recognized human rights activist in the fields of gay women, women’s rights and Native American rights. She was a member of the Hunkpapa Lakota of the Standing Rock Nation. She attended the Institute of American Indian Arts in Santa Fe, New Mexico, and the San Francisco Art Institute.  In 1975, Cameron was the co-founder, with Alaska native activist Randy Burns, of the Gay American Indians (GAI), and was an organizer (1980-1985) of the San Francisco Lesbian Gay Freedom Day Parade and Celebration. In the late 1980s, she was vice president of the Alice B. Toklas LGBT Democratic Club, and part of a Somos Hermanas (We Are Sisters) delegation that went to Nicaragua to find out about the situation of women there, and help to improve their lives. Cameron was executive director (1989-1992) of Community United Against Violence (CUAV), assisting victims of domestic violence and hate crimes. In 1992-1993, she was the first recipient of the Bay Area Career Women Community Service Award, and became part of the International Indigenous AIDS Network, traveling to reservations across the U.S. as a leader in AIDS education.  She founded the Institute on Native American Health and Wellness, and working on publishing the works of Native American women writers. She died in 2002 at age 47

1956 – Lucie Brock-Boido born, American poet who published four collections of poetry; winner of the Witter-Bynner Prize for  Poetry from the American Academy of Arts and Letters, and a Guggenheim fellowship

1958 – Riots in Ceylon become a watershed in the race relationship of various ethnic communities of Sri Lanka; 300 people, mostly Tamils, are killed

1959 – Mehbooba Mufti born, Indian politician, the first woman Chief Minister of Jammu and Kashmir since 2016, and the second Muslim woman chef minister in India; president of the Jammu and Kashmir Peoples Democratic Party, and a member of the Indian Parliament (2004-2009)

1964 – U.S. President Lyndon B. Johnson announces the Great Society, a set of domestic programs to end poverty and racial injustice, during a speech at the University of Michigan at Ann Arbor

1967 – Egyptian premier Gamal Abdel Nasser threatens to close the Tiran Strait, on the Gulf of Aqaba, to Israeli shipping

1967 – World Goth Day *- The origins are uncertain, but one theory is that it is related to music of the band The Doors acquiring its ‘Gothic Rock’ nickname in 1967

1972 – Ceylon adopts a new constitution, becoming a Republic, changes its name to Sri Lanka, and joins the Commonwealth of Nations

1972 – Accounting Day is founded; there is an annual accountants’ convention

1987 – During the Hindu-Muslin riots in Meerut, Uttar Padesh state, in India, 42 Muslim youth were rounded up, allegedly by 19 personnel of PAC, the Provincial Armed Constabulary, from the Hashimpura mohalla (area) of the city, and taken by truck to the outskirts, where they were shot, and their bodies dumped in water canals; the case against the 16 accused who survived the riots is still pending, the oldest pending case in the Delhi court, where it was transferred in 2002; five survivors testified in 2007. In 2018, the 16 retired policemen were convicted and sentenced to life in prison, 31 years after the riots

1996 – The Burmese military regime tries to block a pro-democracy meeting by jailing 71 supporters of Aung San Suu Kyi, leader of the National League for Democracy, and winner of the 1991 Nobel Peace Prize 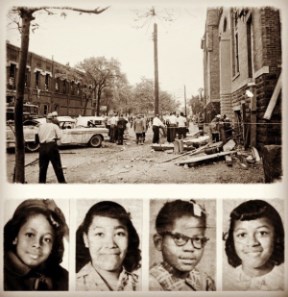 2003 – Annika Sörenstam plays in the Colonial golf tournament in Fort Worth Texas, the second woman to play against the men in a PGA Tour event, since Babe Zaharias played in the 1945 Los Angeles Open

2013 – Sherlock Holmes Day * is launched on the birthday of his creator, Sir Arthur Conan Doyle, who ironically grew to loathe Sherlock, feeling the reading public’s demands for more Holmes stories kept him from writing “serious” literature

2018 – Former Georgia state House minority leader Stacey Abrams wins the Democratic primary for Georgia’s gubernatorial race, the first woman nominee for governor of Georgia from either party. She went on to lose the hotly contested race by roughly 18,000 votes, amid charges of conflict of interest and voter suppression against her Republican opponent, Brian Kemp, who was Georgia’s secretary of state and refused to step down until after the election. Among responsibilities of the Georgia secretary of state are  oversight of voter registration and certification of the state’s election results

Nona Blyth Cloud has lived and worked in the Los Angeles area for the past 50 years, spending much of that time commuting on the 405 Freeway. After Hollywood failed to appreciate her genius for acting and directing, she began a second career managing non-profits, from which she has retired. Nona has now resumed writing whatever comes into her head, instead of reports and pleas for funding. She lives in a small house overrun by books with her wonderful husband.
View all posts by wordcloud9 →
This entry was posted in History, Holidays, On This Day and tagged Amalia Lindegren, Hergé, Marisol Escobar, Mary Casatt, Peter Matthiessen, Ram Mohan Roy, Stacey Abrams. Bookmark the permalink.
%d bloggers like this: