15 BC – Germanicus Julius born, member of the Julio-Claudian dynasty and Roman Empire general noted for his campaigns in Germania

1595 – The Nomenclator of Leiden University Library appears, the first printed catalog of an institutional library 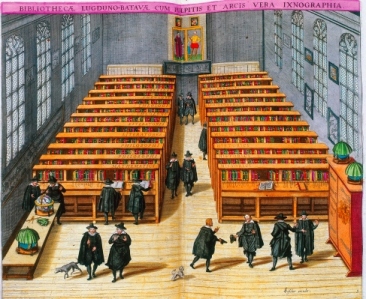 1626 – Peter Minuit of the Dutch West India Company buys the island of Manhattan from Seyseys, chief of the Canarsees, for trade goods valued at 60 guilders (most of the island is actually controlled by the Weckquaesgeeks branch of the Wappinger tribe)

1743 – Jean-Paul Marat born, French physician, scientist, and journalist, political theorist who was one of the most radical voices of the French Revolution; his advocacy of extreme violence became cruelly ironic when he was assassinated in his bath

1752 – Private Oliver Cromwell born, a free black in New Jersey, who serves in the American Revolutionary War from 1777 to 1781; his discharge papers are signed by Commander-in-Chief George Washington, who awards him the Badge of Military Merit; some years later, he receives a veteran’s pension, and buys a 100-acre farm

1775 – John Hancock is unanimously elected President of the Continental Congress; he will be the first to sign the Declaration of Independence

1793 – Dr. Philippe Pinel, appointed Chief Physician of the Paris men’s and women’s public insane asylums, ends the practice of chaining patients to the walls (the first patient’s chains were actually removed by an ex-patient who became Pinel’s assistant, now known only as Poussin) (see 1985 entry)

1819 – Queen Victoria born, Queen of the United Kingdom of Great Britain and Ireland, and from 1876 on, also Empress of India (see 2008 entry); opposed to women’s rights for all women, except herself

1830 – “Mary Had a Little Lamb” is first published, as a poem by American writer and influential editor Sarah Josepha Hale, who campaigned  higher education for women, and for a national Thanksgiving Day

1836 – Joseph Rowntree born, Quaker chocolatier, philanthropist and social reformer; offered free education for employees under 17,   provide a library at the chocolate factory, and employed a social welfare officer, doctor and a dentist whose services were free to employees; donated ₤10,000 pounds to establish a pension fund his workers; built low-income housing, and founded three trusts, all still in existence: a research and policy development group, a society to preserves the history and legacy of  the Rowntrees, and a charitable trust which gives grants to projects that address the root problems of social issues

1870 – Ynes Mexia born, Mexican-American botanist and explorer; although she did not take her first field trip until age 55, she discovered over 132,000 plant species, mostly in the Andes and Central America, providing research institutions with vast collections of specimens with accurate and extensive annotations. In 1929, she began a 2½ year expedition in Peru and Brazil, during which her team was trapped by floods for three months in a deep gorge, before escaping by building a raft and running the river rapids

1878 – Lillian Moller Gilbreth born, American psychologist, industrial engineer, efficiency expert and author; time-and-motion study pioneer; first woman member of the Society of Industrial Engineers and the first woman to win the Hoover Medal for distinguished  public service by an engineer; author of  Cheaper by the Dozen

1883 – The Brooklyn Bridge opens, after 14 years of construction costing $18 million; the longest suspension bridge in the world at the time

1898 – Helen Brooke Taussig born, American physician, and founder of pediatric cardiology; a pioneer in using X-rays and fluoroscopy to identify heart defects in newborns; with Alfred Blalock, developed Blalock-Taussig surgical procedure for treating ‘blue baby’ syndrome, and the Blalock-Taussig shunt (between the pulmonary artery and the aorta). One of the first doctors to expose the terrible birth defects caused by the drug thalidomide; Taussig was the first woman president of the American Heart Association; co-recipient with Blalock of the 1954 Albert Lasker Award, and a 1964 Medal of Freedom from President Lyndon Johnson

1914 – George Tabori born, Hungarian Jewish writer and theater director; working in Berlin in the 1930s, he had to flee the Nazis, first to London and then to the U.S.; The Cannibals, The Prince

1930 – Amy Johnson becomes the first woman to fly solo from England to Australia when she lands in Darwin, Northern Territory 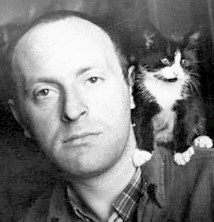 1941 – Baroness Patricia Hollis of Heigham born, British Labour politician, historian, and member of the House of Lords since 1990; Fellow of the Royal Historical Society, and author of several books on women’s history and labour history, including Jennie Lee: a life, which won the Orwell Prize for political biography

1963 – Valerie E. Taylor born, African American computer scientist, director of the Mathematics and Computer Science Division of Argonne National Laboratory since 2017; head of the Department of Computer Science and Engineering at Texas A&M University (2003-2011); notable for work on high performance computing; fellow of the Institute of Electrical and Electronics Engineers and of the Association of Computing Machinery

1965 – In Lamont v. Postmaster General, the U.S Supreme Court rules a federal law requiring the post office to detain and deliver only upon the addressee’s request unsealed foreign mailings of “communist political propaganda” is unconstitutional

1966 – The musical Mame, based on the novel Auntie Mame by Patrick Dennis, and starring Angela Lansbury, opens on Broadway for 1508 performances

1973 – U.S. Congress passes the Emergency Medical Services Systems Act, managed by the Health Resources and Services Administration (HRSA); in 1979, the American Academy of Pediatrics was asked to develop EMS programs specifically for children, and legislation is enacted in 1984-85 to fund these programs as state partnership grants; the first grants are utilized in 1986 – Emergency Medical Services for Children Day *

1976 – In Paris, two California wines win top honors at a blind wine tasting by the best of France’s wine experts, shocking the French; the wine world is changed forever

1983 – The U.S. Supreme Court rules  8-1 in Bob Jones University v. United States that the religion clauses of the First Amendment did not prohibit the Internal Revenue Service from revoking the tax exempt status of a religious university whose practices are contrary to a compelling government public policy, such as eradicating racial discrimination. Bob Jones University had completely excluded black applicants until 1971, and from 1971 until 1975, admitted black students only if they were married. After 1975, the University began to admit unmarried black applicants, but continued to deny “admission to applicants engaged in an interracial marriage or known to advocate interracial marriage or dating.” The University also imposed a disciplinary rule that prohibited interracial dating

1985 – Joann Verbanic is the founder of the Schizophrenia Anonymous (later Alliance) support group, and a founding member in 2008 of the Schizophrenia and Related Disorders Alliance of America (SARDAA), a co-sponsor of World Schizophrenia Day * on the anniversary of the day that Dr. Philippe Pinel ends the practice of chaining mental patients to the walls of the Paris public asylums (see 1793 entry) 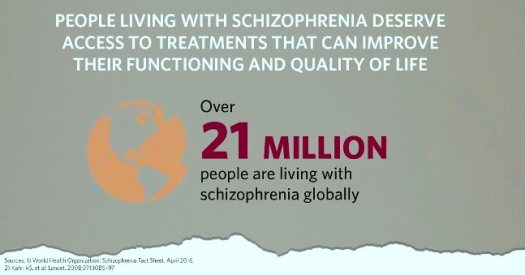 1988 – Monica Lin Brown born, U.S. Army sergeant and combat medic; first woman during the War in Afghanistan and the second woman since WWII to receive the Silver Star, the U.S. military’s third-highest medal for valor in combat. She was honored for treating the wounded and repeatedly shielding them with her body while under heavy enemy mortar fire and grenade rounds 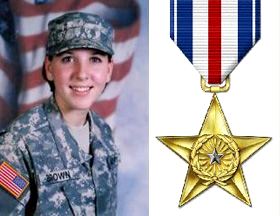 1988 – British Parliament passes Section 28 adds Section 2A to the Local Government Act, a local authority “shall not intentionally promote homosexuality or publish material with the intention of promoting homosexuality” or “promote the teaching in any maintained school of the acceptability of homosexuality as a pretended family relationship” It is repealed in Scotland on June 21 2000, one of the first pieces of legislation enacted by the new Scottish Parliament, and on November 18, 2003, by the rest of the U.K.

1990 – American non-violent activists Judi Bari and Darryl Cherney of Earth First! are critically injured when a pipe bomb hidden under Bari’s seat explodes in Oakland; they had been organizing for the Redwood Summer campaign, a grassroots effort to halt logging of the last remaining old-growth redwoods in California. Numerous threats had been made, and a timber worker had already run Bari’s car off an isolated rural road; the threats were reported to Oakland police, but there had been little response; within minutes after the explosion, the police and the FBI arrived on the scene – to arrest the injured activists for “transporting a bomb.” But law enforcement’s case fell apart when a letter from “The Lord’s Avenger” taking credit for the bombing, with credible details kept from the public, was sent to a newspaper reporter; charges were dropped against Bari and Cherney, who sued the FBI and Oakland PD for violating their civil rights, finally being awarded $4.4 million in 2002 (posthumously to Bari’s estate, who died of cancer in 1997). No other arrests have ever been made in the case 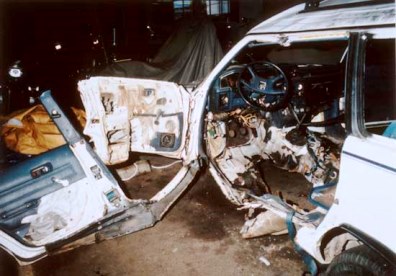 1994 – South African President Nelson Mandela reads Ingrid Jonker’s poem Die Kind (The Child) in the original Afrikaans during his address at the opening of the first democratic South African Parliament on this day. Ingrid Jonker witnessed the child in the poem being shot to death by soldiers in Nyanga

2004 – North Korea, just weeks after allowing foreign visitors to use cell phones in the country, issues a ban on the use of mobile phones by North Korean nationals; service had only been available in North Korea since 2002. Despite some reports that the ban was prompted by concerns terrorists could use a cellular phone to trigger a bomb, North Korea’s record of repressing civil liberties makes that explanation seem unconvincing

2008 – International Tiara Day * is launched in by Lynanne White in Poulbo, Washington; she says every girl or woman who wants to wear a tiara should be able to wear one (see 1819  entry)

2013 – An unidentified bidder paid $1.5 million USD for the seat next to Leonardo DiCaprio on a future flight into space aboard a Virgin Galactic spacecraft scheduled to take off from New Mexico in 2014. The auction proceeds benefitted AIDS research. Unfortunately, Virgin Galactic has only taken one passenger into space so far, on February 22, 2019. The passenger was Beth Moses, chief astronaut instructor for Virgin Galactic, aboard VSS Unity. She was assessing what a customer experience will be like in the aircraft. Her trip in the passenger seat makes her the first woman to fly as a passenger on a commercial space vehicle. Previous flights have only contained “dummy” passengers

2018 – Voters in Ireland cast ballots in a referendum on loosening the country’s abortion ban. The referendum determined whether to repeal the eighth amendment to the country’s constitution, which was adopted in 1983 and requires authorities to equally protect the right of a mother and a fetus from conception. A Yes vote to appeal the amendment meant parliament would consider more liberal abortion laws. Prime Minister Leo Varadkar tweeted support for repeal before a moratorium on campaigning took effect. The government proposed allowing abortions during the first 12 weeks of pregnancy, with the procedure permitted later only in special cases. The vote was 66.4% in favour of loosening the ban. Forty years ago Irish women could not even buy a condom legally, divorce was banned and abortion almost unmentionable in public. The campaign for change escalated after Savita Halappanavar, a 31 year old dentist in Galway, died of sepsis in 2012 caused by an incomplete miscarriage, and the refusal of the hospital to perform a therapeutic abortion. “It’s nice to see that we are finally throwing off the shackles of the Catholic church,” said Sarah McCormack, 25, as she left flowers at a mural of Halappanavar which was part of the YES campaign 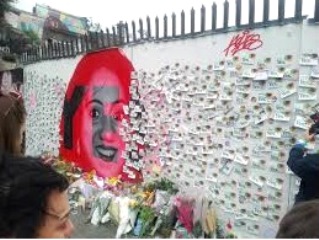 Nona Blyth Cloud has lived and worked in the Los Angeles area for the past 50 years, spending much of that time commuting on the 405 Freeway. After Hollywood failed to appreciate her genius for acting and directing, she began a second career managing non-profits, from which she has retired. Nona has now resumed writing whatever comes into her head, instead of reports and pleas for funding. She lives in a small house overrun by books with her wonderful husband.
View all posts by wordcloud9 →
This entry was posted in History, Holidays, On This Day and tagged Arthur Wing Pinero, Bob Dylan, Joseph Brodsky, Monica Lin Brown, Savita Halappanavar, Valerie E Taylor, Ynes Mexia. Bookmark the permalink.
Loading Comments...
%d bloggers like this: