47 BC – Julius Caesar visits Tarsus (now in Turkey), where he is acclaimed, on his way to Pontus, on the south coast of the Black Sea

946 – Edmund I, King of the English, is assassinated by Leofa, a thief sentenced to exile

1264 – Prince Koreyasu born, nominal Japanese shōgun of the Kamakura shogunate;  the Hōjō clan regents were actually in control, from 1266 when he was 2 years old until he was deposed in 1289 at age 25. Koreyasu became a Buddhist monk, using the priestly name Ono-no miya

1538 – The city of Geneva, Switzerland, expels John Calvin and his followers, after the city’s council insists that unleavened bread be used for communion at Easter services, so Calvin refuses to give communion at all, and a riot ensues. Calvin lives in exile in Strasbourg for the next three years

1647 – The Massachusetts Bay Colony bans Jesuit priests from the colony on penalty of death; in addition to being French Catholics, the Jesuits converted many Indians in Canada who were potential French allies, and England and France were at war

1647 – Alse Young became the first person executed as a witch in the American colonies, when she is hanged in Hartford, Connecticut

1689 – Lady Mary Wortley Montagu born, English poet and letter writer; she “stole” her education from books in her father’s library, teaching herself Latin. Remembered for letters written home from the Ottoman Empire as the wife of the British ambassador to Turkey, the first notable secular work by a woman about “the Muslim Orient” (Letters from Turkey). Also notable for introducing and campaigning for smallpox inoculation in Britain after her return from Turkey. In her writings, she addresses and challenges the hindering attitudes of her society toward women and their intellectual and social growth 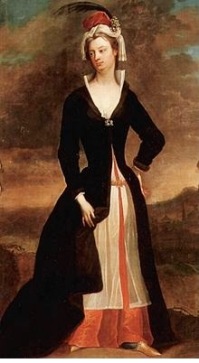 1805 – The Lewis and Clark expedition first sights the Rocky Mountains

1860 – During the struggle for the unification of Italy, the Expedition of the Thousand, a volunteer corps led by Giuseppe Garibaldi, with help from disgruntled locals, occupies Palermo, Italy

1861 – U.S. Postmaster General Montgomery Blair announces the end of postal connection to the South because of the Civil War

1869 – Boston University is chartered by the Commonwealth of Massachusetts

1881 – Julia C. Stimson born, American nurse, Major in the United States Army, superintendent of the Army Nurse Corps during WWI, chief of the Nursing Council on National Defense during WWII, recipient of the Distinguished Service Medal as well as Victory Medals for WWI and WWII

1896 – Tsar Nicholas II is crowned; he will be the last Tsar of Russia

1899 – Muriel McQueen Fergusson born, Canadian lawyer  and Liberal politician; Senator (1953-1975), and the first woman Speaker of the Canadian Senate (1972-1974). She campaigned for increased participation of women in politics, and successfully petitioned in 1946, for the right of all women in New Brunswick to vote in municipal elections. She was also an advocate for pay equity and children’s rights, and the first woman Director of Family Allowances. In 1976, she was made an Officer of the Order of Canada

1906 – The Archaeological Institute of America is formed

1908 – The first major commercial oil strike in the Middle East is made at Masjed Soleyman in southeast Persia; the United Kingdom acquires the rights

1909 – Helen Moore Anderson born, American diplomat; President Truman appoints her as Ambassador to Denmark, first woman to serve as chief of mission at the level of ambassador (1949-1953). She learned Danish after her appointment. Appointed by President Kennedy as minister to Bulgaria (1962-1964), the first woman chief of a U.S. diplomatic mission behind the Iron Curtain; President Lyndon Johnson appointed her to the UN Trusteeship Council in 1965, where she was the first woman to sit on the Security Council, and a year later she served on the UN Committee for Decolonization

1913 – Emily Duncan becomes Great Britain’s first woman magistrate; she worked for 20 years on the West Ham Union Workhouse board of guardians, and eventually became its Chair

1915 – Antonia Forest born as Patricia Rubinstein; English writer of children’s novel under her pen name; her real name was not made public until after her death. Best known for her series of Marlow novels

1916 – Henriette Roosenburg born, journalist, Dutch resistance courier during WWII and political prisoner; tells the story in her memoir The Walls Came Tumbling Down; after WWII, she became a correspondent for Time Inc, in Paris, The Hague and New York; awarded the Bronze Lion of the Netherlands

1924 – U.S. President Calvin Coolidge signs Immigration Act of 1924 into law; immigration remains open to the college-educated and skilled workers, but entry was denied to Mexicans, and disproportionately to Eastern and Southern Europeans and Japanese. At the same time, the legislation allowed for more immigration from Northern European nations such as Britain, Ireland and the Scandinavian countries 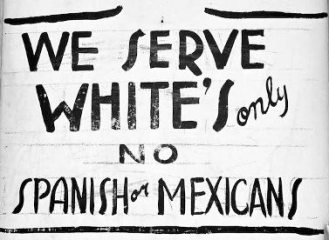 1929 – J. F. Ade Ajayi born, Nigerian historian, one of a group of scholars identified as the Ibadan School, who introduced African perspectives to African history, focusing on the internal historical forces that shaped African lives

1938 – Lyudmila Petrushevskaya born, Russian novelist and playwright; her work was often censored by the Soviet government, but she published a number of well-respected works of prose after perestroika; her memoir is The Girl from the Metropol Hotel

1940 – The first successful helicopter flight in the U.S., in a Vought-Sikorsky VS-300 designed by Igor Sikorsky

1948 – Stevie Nicks born, American singer-songwriter, vocalist with Fleetwood Mac (1975-1987) who also successful solo career; the only women who has been inducted into the Rock and Roll Hall of Fame twice, as a member of  Fleetwood Mac in 1998, and as a solo artist in 2019

1953 – Kay Hagan born, American lobbyist and politician; defeated Republican incumbent Elizabeth Dole in 2008, the first woman to defeat an incumbent woman in a U.S. Senate race, for U.S. Senator from North Carolina (2009-2015); served in North Carolina Senate (1999-2009); in 2016, she joined the lobbying firm Akin Gump Strauss Hauer & Feld, but in December 2016, Hagan was hospitalized with puzzling symptoms and eventually diagnosed with Powassan virus, a tick-borne disease causing brain swelling, which left her unconscious for 43 days. She spent 5½ months at a rehabilitation center in Atlanta, and continued to undergo therapy, but was unable to walk and limited in her ability to speak

1961 – The Freedom Ride Coordinating Committee is established in Atlanta GA

1963 – The Organization of African Unity (OAU) is formed

1967 – Mika Yamamoto born, Japanese award-winning photojournalist for the news agency Japan Press; though she was wearing a flak jacket, Yamamoto was shot in the neck and died in 2012 while covering the Syrian Civil War in Aleppo, Syria

1973 – Deep Purple’s single “Smoke On The Water” is released

1973 – Naomi Harris born in Canada, Canadian-American photographer based in New York City; noted for her portraits of people from sub-cultures

1979 – Amanda Bauer born, American astronomer and science communicator; Head of Education and Public Outreach at the Large Synoptic Survey Telescope in Tucson, Arizona; Research Astronomer at the Australian Astronomical Observatory (2013-2016); her research concerns how galaxies form, how they create new stars, and particularly why they suddenly stop creating new stars

1987 – U.S. Supreme Court upholds a provision in the Bail Reform Act of 1984 contested in United States v. Salerno; bail may be denied to arrestees charged with serious felonies if clear and convincing evidence shows no release conditions “will reasonably assure . . . the safety of any other person and the community”

1998 – The U.S. Supreme Court rules in County of Sacramento vs. Lewis that police can’t be held responsible for injuries to either fleeing suspects or bystanders caused by high-speed chases unless their actions are so egregious that they “shock the conscience” – allowing lawsuits only if police officers show a “reckless disregard for life” – and leaving those injured with no federal remedy against the state and local governments which employ the police officers

1998 – National Sorry Day * a grassroots movement prompted by the refusal of Prime Minister John Howard to issue an official apology to the Aboriginal people from the Australian government because he “did not subscribe to the black armband view of history.” Sorry Day is in remembrance of the mistreatment of indigenous Australians, especially the “Stolen Generations” – Aboriginal and mixed-race children separated, often forcibly, from their families, in an attempt to stamp out the indigenous culture

2011 – Congress passes a four-year extension of post-September 11th  powers, contained in the Patriot Act, to search records and conduct roving wiretaps in pursuit of terrorists

2014 – Pope Francis declares a zero-tolerance policy for child sexual abuse within the Roman Catholic Church, saying it is “an ugly crime” and “like a satanic Mass” 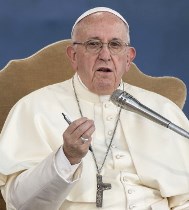 2018 – Jason Seaman, the Indiana science teacher who was shot three times on May 25 before he wrestled a 13-year-old shooter to the floor at Noblesville West Middle School, was released from the hospital. He had undergone surgery for wounds in his abdomen, hip and forearm. A student in Seaman’s class was the only other person shot, but her family issued a statement that her condition was critical but stable

Nona Blyth Cloud has lived and worked in the Los Angeles area for the past 50 years, spending much of that time commuting on the 405 Freeway. After Hollywood failed to appreciate her genius for acting and directing, she began a second career managing non-profits, from which she has retired. Nona has now resumed writing whatever comes into her head, instead of reports and pleas for funding. She lives in a small house overrun by books with her wonderful husband.
View all posts by wordcloud9 →
This entry was posted in History, Holidays, On This Day and tagged Giuseppe Garibaldi, Henriette Roosenburg, J. F. Ade Ajayi, Jason Seaman, Mamie Smith, Mary Wortley Montagu, Mika Yamamoto. Bookmark the permalink.
%d bloggers like this: