Hole in My Bucket Day 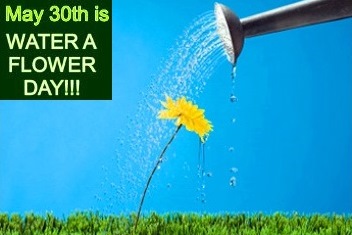 70 AD – Siege of Jerusalem: Titus and his Roman legions breach the Second Wall of Jerusalem. Jewish defenders retreat to the First Wall; the Romans build a circumvallation, cutting down all trees within fifteen kilometers

1381 – The Peasants’ Revolt, a major uprising caused by high taxes to recover the cost of the 100 Years’ War with France, political instability, and losses caused by the Black Plague – the final straw was a violent confrontation with tax collectors. The turmoil lasts until November 1381, and there are casualties of at least 1.500 civilians

1431 – In Rouen, France, 19-year-old Jeanne d’Arc (Joan of Arc) is burned at the stake as a heretic by an English-dominated tribunal. One of the charges against her was that she refused to give up wearing her soldier’s clothing after her arrest — she complained that her guards tried to rape her, but the Inquisitors continued to insist she should wear female garb. Later, the Inquisitor-General reversed all charges on appeal (1456), exonerating her – 25 years after her death 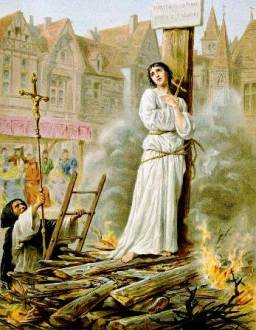 1686 – Antonina Houbraken born, Dutch artist, portraitist and illustrator known for topographical drawings; many of her drawings were attributed to her husband until the recent discovery that drawings signed J.S. were actually hers, and drawings signed J:St were her husband’s work; her work is now regarded as more precise and detailed than his, and often includes human figures 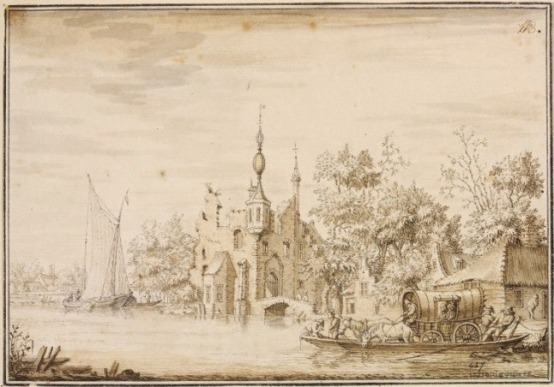 1806 – Andrew Jackson kills Charles Dickinson in a duel supposedly over heated insults exchanged in a dispute about a horse-racing bet, but Dickinson had accused Jackson’s wife of bigamy

1834 – Portuguese Minister of Justice Joaquim António de Aguiar issues a law seizing “all convents, monasteries, colleges, hospices and any other houses” from the Catholic religious orders in Portugal, earning him the epithet “The Friar-Killer” 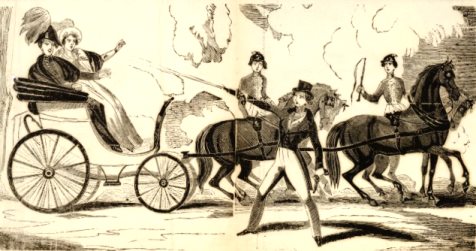 1845 – The Fatel Razack arrives, from India, in the Gulf of Paria of Trinidad and Tobago, carrying the first Indians to the country – now commemorated as Indian Arrival Day *

1847 – Alice Stopford Green born, Irish historian and nationalist, supported the pro-Treaty side in the Irish Civil War and was among the first nominees to the newly formed Seanad Éireann in 1922, where she served as an independent member until her death; her books include Town Life in the Fifteenth Century and The Making of Ireland and its Undoing, published in 1908, and A History of the Irish State to 1014, published in 1925

1848 – Mexico ratifies the treaty selling the U.S. the territories of New Mexico, California, parts of Nevada, Utah, Arizona and Colorado for $15 million USD

1854 – The Kansas-Nebraska Act of 1854 is signed into law by President Pierce; the initial purpose of the act, drafted primarily by Democratic Senator Stephen A. Douglas of Illinois, was to open up thousands of new farms and to make feasible the Midwestern Transcontinental Railroad. The popular sovereignty clause of the law led pro- and anti-slavery elements to flood into Kansas with the goal of voting slavery up or down, resulting in ‘Bleeding Kansas’

1869 – Grace Andrews born, American mathematician; PhD from Columbia in 1899; Assistant Professor of Mathematics at Barnard College (1900-1902); she and Charlotte Angas Scott are the only women listed in the first edition of American Men of Science, published in 1906

Barnard College, circa 1900 (Grant’s Tomb in the background on the left)

1872 – Mahlon Loomis, dentist and inventor, receives a patent on July 30 for “an improvement in telegraphing, a wireless telegraph system” – I couldn’t find a reason for May 30 to be Loomis Day * – he was born in July and died in October, but even though his theory about why his method worked was wrong, the method did work, and was an important step toward all the wireless devices we take for granted today

1899 – Pearl Hart, outlaw, after cutting her hair and dressing in men’s clothing, robs a stage coach 30 miles southeast of the mining town Globe, Arizona with her partner Joe Boot. It was one of the last stage coach robberies in the U.S.

1901 – Cornelia Otis Skinner born, American actress, monologist, and author of Our Hearts Were Young and Gay

1903 – Countee Cullen born, African American poet of the Harlem Renaissance, novelist and playwright; noted as a leading figure of the Harlem Renaissance. He had a column, “The Dark Tower,” in the magazine Opportunity: Journal of Negro Life. Noted for his poetry collections: Color; The Ballad of the Brown Girl; Copper Sun; and The Black Christ.  He died at age 42 from high blood pressure and uremic poisoning in 1946.

1907 – Germaine Tillion born, French anthropologist, ethnologist; she did field work for her doctorate between 1934 and 1940, studying the Berber and Chaoui people in the Aures region of northeastern Algeria. When she returned to Paris in 1940, France had been invaded by Germany. As her first act of resistance, she helped a Jewish family by giving them her family’s papers. She became a member of the French Resistance in the network of the Musée de l’Homme in Paris. Her missions included helping prisoners to escape and organizing intelligence for the allied forces from 1940 to 1942. Tillion was betrayed by a collaborator who infiltrated her group, and was arrested August 13, 1942. In October 1943, she was sent to the German concentration camp of Ravensbrück, near  Berlin with her mother, Émilie Tillion, also a resistante.  She undertook a precise ethnographic analysis of the concentration camp. Her mother was killed in March 1945. Tillion escaped from Ravensbrück in the spring of that year in a rescue operation of the Swedish Red Cross that had been negotiated by Folke Bernadotte. In 1973, she published Ravensbruck: An eyewitness account of a women’s concentration camp. Tillion returned to Algeria in 1954 at the brink of the Algerian War of Independence. She described as the principal cause of the conflict the pauperization of the Algerian population. Tillion launched ‘Social Centers’ in October 1955, intended to make available higher education as well as vocational training to the rural population, to help them survive in the cities. In 1957 during the Battle of Algiers, she secretly met with National Liberation Front leader Yacef Saadi, at his instigation, trying to end the spiral of executions and indiscriminate attacks. Tillion was among the first to denounce the use of torture by French forces in the war. She remained outspoken against the impoverishment of the Algerian population, the French use of torture in Algeria, and in favor of the emancipation of women in the Mediterranean. In 2004, along with several other French intellectuals, she issued a statement against the use of torture in Iraq. She died in 2008 at the age of 100

1912 – U.S. Marines are sent to Nicaragua to quell a local uprising, and prevent other nations from building a canal there

Giraffe from How Animals Sleep by Millicent Selsam

1912 – Joseph Stein born, American dramatist/playwright; he wrote the book (non-singing  portions of the script) for the musical Fiddler on the Roof

1914 – The new Cunard ocean liner RMS Aquitania, largest of the day at 45,647 tons, sets sails on her maiden voyage from Liverpool, England, to New York City

1918 – Pita Amor born as Guadalupe Amor Schmidtlein born, Mexican poet; she was called the “11th Muse” during her youth because she modeled for painters and photographers like Diego Rivera, José Clemente Orozco and Raúl Anguiano, which scandalized her upper-class family; her poetry is notable for its direct expression about metaphysical quandaries in first person voice; Yo soy mi casa, Poesía, and El Zoológico de Pita Amor

Pita Amor with Diego Rivera and his portrait of her

1922 – The Lincoln Memorial is dedicated in Washington DC

1927 – Joan L. Birman born, American mathematician, specialist in braid theory and knot theory; her book Braids, Links, and Mapping Class Groups, became the standard introductory text; on the Barnard faculty since 1973, now as Research Professor Emerita; awarded the 1996 Chauvenet Prize, given for the outstanding expository article on a mathematical topic 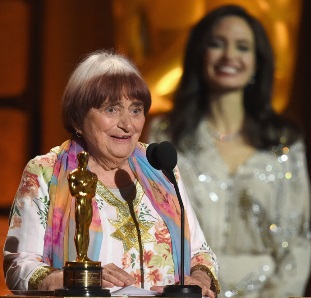 1932 – The National Theatre of Greece is founded, under an act of parliament signed by the education minister, Georgios Papandreou, on May 30, 1932. The first plays staged were the Aeschylus’ Agamemnon and Gregorios Xenopoulos’ comedy O theios Oneiros. There had previously been a Royal National Theatre, which was started in the 1880s, but it had declined and gone dormant in the early 20th Century

1938 – Billie Letts born as Billie Dean Gipson, American novelist and university professor; best known for her novels, Where the Heart Is, Shoot the Moon, and Made in the U.S.A.

1942 – Carole Stone born, British author and radio-television broadcaster and producer of Radio 4’s Any Questions?; author of Networking: The Art of Making Friends and The Ultimate Guide to Successful Networking. Founder of the Carole Stone Foundation in 2018 to encourage people connecting, exchanging ideas and building friendships with people in other countries; she is a Patron of The Centre for Peaceful Solutions, and The Global Foundation to Eliminate Domestic Violence 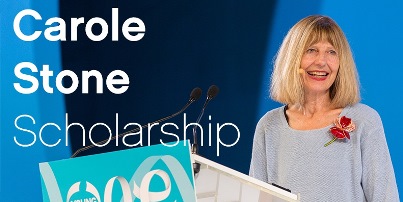 1963 – Helen Sharman born, British chemist and author, chosen out of almost 13,000 applicants to be Britain’s first astronaut for Project Juno; became the first woman to visit the Mir space station in 1991; presenter of science programmes for BBC radio and television; Operations Manager for the Department of Chemistry at Imperial College London since 2015 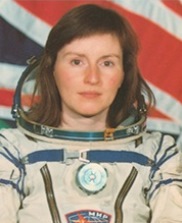 1969 – Naomi Kawase born, Japanese film director of documentaries and feature films; 1997 Camera D’Or at the Cannes International Film Festival for Suzaku, the youngest winner of the Camera D’Or; won the 2007 Grand Prix at Cannes for The Mourning Forest, and the 2017 Ecumenical Jury Prize at Cannes for Radiance

1972 – Lod Massacre Remembrance Day * –  17 Christian pilgrims from Puerto Rico were killed, with nine other passengers, in a terrorist attack at Lod Airport, outside Tel Aviv, by members of the Japanese Red Army. The terrorists were recruited by the Palestinian Popular Front for the Liberation of Palestine – External Operations. Airport security personnel were focused on the possibility of a Palestinian attack, and were taken by surprise by the Japanese attackers. The three terrorists arrived on a flight from France, carrying violin cases, containing modified assault rifles and grenades. They fired indiscriminately at visitors and airport staff in the middle of the terminal, throwing grenades as they stopped to reload. In addition to the 26 people who were killed, 80 more people were injured 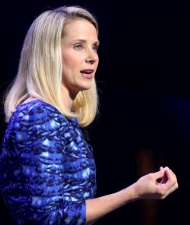 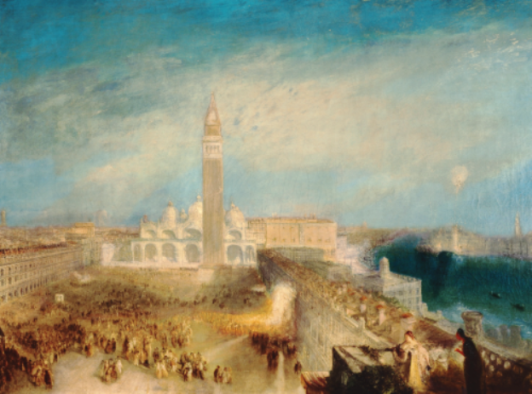 (It’s kind of a Where’s Waldo – Can you find Juliet and her nurse?)

1991 – In BURNS v. REED, the U.S. Supreme Court rules prosecutors can be sued for legal advice they give police officers

2003 – The animated film Finding Nemo, lead voices by Albert Brooks and Ellen DeGeneres, is released in the U.S. and Canada 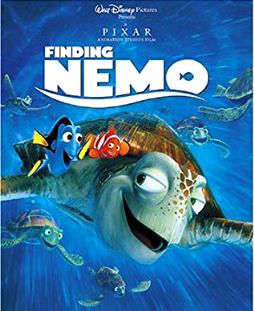 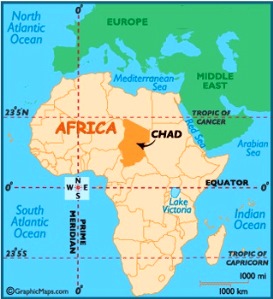 2017 – On the eve of Ramadan, over 1,000 Palestinian prisoners in Israeli jails ended their 40-day hunger strike, after Israeli authorities agreed to many of the prisoners’ demands, including  increased family visitation rights, more access to telephones, more education for child prisoners and better ventilation in overcrowded prisons

2017 – A 35-year-old man was arrested for stabbing three men and killing two of them, because they defended a young Muslim woman and her friend on a Portland train. The police reports said he was yelling racial and religious epithets during the attack. The self-described white nationalist appeared briefly in court, ranting about free speech and freedom: “Free speech or die, Portland. You got no safe place. This is America. Get out if you don’t like free speech. You call it terrorism, I call it patriotism. You hear me? Die.” He was charged with two counts of murder, and one count each of attempted murder, second-degree intimidation, and possession of a restricted weapon by a felon. Federal authorities were still weighing whether to charge him with a hate crime

Nona Blyth Cloud has lived and worked in the Los Angeles area for over 50 years, spending much of that time commuting on the 405 Freeway. After Hollywood failed to appreciate her genius for acting and directing, she began a second career managing non-profits, from which she has retired. Nona has now resumed writing whatever comes into her head, instead of reports and pleas for funding. She lives in a small house overrun by books with her wonderful husband.
View all posts by wordcloud9 →
This entry was posted in History, Holidays, On This Day and tagged Antonina Houbraken, Countee Cullen, Fernando Amorsolo y Cueto, Germaine Tillion, Mahlon Loomis, Naomi Kawase, Pita Amor. Bookmark the permalink.
Loading Comments...
%d bloggers like this: