Stay Out of the Sun Day

987 – Hugh Capet is crowned King of France, first of the Capetian dynasty which rules France until the French Revolution in 1792

1518 – Li Shizhen born, Chinese polymath, physician, pharmacologist, herbalist, acupuncturist and scientist of the Ming dynasty; author of Compendium of Materia Medica, which details the medicinal properties of over 1,800 drugs and herbs

1534 – Myeongjong of the Joseon dynasty of Korea born; he ascended to the throne at the age of 12 in 1545. Queen Mujeong officially governed as regent until he reached his majority at age 20, then continued to hold most of the power until her death in 1565. When Myeongjong took control after her death, he attempted to reform the government to end corruption and factionalism, but he died only two years later without a male heir; succeeded by his half-nephew, Seonjo of Joseon, in 1567 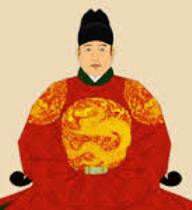 1608 –Samuel de Champlain’s exploration party arrives at the “point of Quebec” and begins erecting fortifications, the beginning of the city of Quebec

1754 – French and Indian War: Outnumbered and running out of supplies, George Washington surrenders Fort Necessity in Pennsylvania to French forces – his only military surrender

1767 – Adresseavisen, a regional newspaper published in Trondheim, Norway, begins publication; now the oldest newspaper in Norway which is still in publication

1767 – Pitcairn Island is discovered by Midshipman Robert Pitcairn, on an expeditionary voyage commanded by Philip Carteret

1790 – Nicolas de Condorcet publishes “De l’admission des femmes au droit de cité“(For the Admission to the Rights of Citizenship For Women) in which he strongly advocates for women’s suffrage in the new Republic as well as enlargement of basic political and social rights to include women;  Condorcet identifies gender as a social construction based on perceived differences in sex and rejected biological determinism as an explanation of gender relations in society. He denounces patriarchal norms of oppression, present at every institutional level, and continuously subjugating and marginalising women, identifying education as crucial to the emancipation of individuals: ″I believe that all other differences between men and women are simply the result of education.″

1844 – Three fishermen kill the last remaining pair of great auks, found incubating an egg, which one of the men smashes with his boot. The great auks were hunted to extinction for their down feathers.

1860 – Charlotte Perkins Gilman born, American feminist leader, sociologist, author, poet and social reform lecturer; best known for her subtly terrifying short-story “The Yellow Wallpaper,” but her non-fiction works, such as Women and Economics, and  The Home: Its Work and Influence, contributed much to feminist thought; from 1909-1916, Gilman single-handedly wrote and edited The Forerunner, a monthly magazine where many of her ideas first appeared. She produced 86 issues, each 28 pages long, for nearly 1,500 subscribers, from 1909 through 1916

1863 – American Civil War: Battle of Gettysburg is a major victory for the Union

1897 – Ludwig Wybren (Louis) Hiemstra, Afrikaans linguist, language advisor of the Standard Encyclopaedia of Southern Africa and editor/co-author of the Bilingual Dictionary, is born in Lydenburg, Transvaal (now part of the Republic of South Africa)

1908 – M.F.K. Fisher born as Mary Frances Kennedy, influential American food writer, author of 26 books, and a translation of The Physiology of Taste by Brillat-Savarin; founder of the Napa Valley Wine Library; Her books Serve It Forth, Consider the Oyster, and How to Cook a Wolf are among her most popular works

1913 – Confederate veterans at the Great Reunion of 1913 reenact Pickett’s Charge; upon reaching the farthest point of the Confederates in the battle, they are met by the outstretched hands of friendship from Union survivors

1926 – Rae Allen born as Raffaella Abruzzo, American actress and theatre director; won the 1971 Tony Award for Best Featured Actress in a Play as Fleur Stein in And Miss Reardon Drinks a Little. She played the mother of sisters Dottie and Kit (Geena Davis and Lori Petty) in A League of Their Own

1928 – Evelyn Ward-Thomas born, British historical and spy thriller novelist who used the more masculine-sounding pen name ‘Evelyn Anthony’ because of the difficulty for women authors in getting published; best known for Far Flies the Eagle, All the Queen’s Men and The Tamarind Seed

1929 – Joanne King Herring born, American socialite, and political activist; used her political associations with President of Pakistan Zia-ul-Haq (1977-1988) and U.S. Representative Charlie Wilson (D-TX 1973-1997) to sway the U.S. government to train and arm the Mujahideen resistance fighters to fight in the Soviet war in Afghanistan, codename ‘Operation Cyclone,’ which inspired the book Charlie Wilson’s War: The Extraordinary Story of the Largest Covert Operation in History, and the 2007 movie Charlie Wilson’s War

1938 – Jean Aitchison born, English linguist and academic; Professor of Language and Communication in the Faculty of English Language and Literature at the University of Oxford and a Fellow of Worcester College, Oxford; noted for Socio-historical linguistics, and the relationship of language to the mind and to media

1939 – Brigitte Fassbaender born, German mezzo-soprano and opera director at the Staatstheater Braunschweig and the Tiroler Landestheater in Innsbruck

1946 – The Cape Passive Resistance Council is formed at a mass meeting in Cape Town, South Africa, attended by 1,500 people

1963 – Tracey Emin born, English contemporary artist noted for her autobiographical subjects and her use of a wide range of media, including drawing, painting, sculpture, film, photography, neon text and sewn appliqué

1984 – Roberts v.United States Jaycees: the U.S. Supreme Court rules 7-0 that chapters of the Jaycees, an organization for young business leaders, lacked “the distinctive characteristics that might afford constitutional protection to the decision of its members to exclude women.” Originally the Jaycees accepted only men as members, but by the early 1970s it was admitting women as associate members with no voting privileges. Two Minnesota chapters sought to admit women as full members, and when the national Jaycees threatened to revoke their charters, the chapters sued under Minnesota’s public accommodations law, which banned discrimination against women by membership organizations.

1985 – The movie Back to the Future, starring Michael J. Fox, is released

1996 – The British House of Commons announces the return to Scotland of the Stone of Scone, used in coronations of Scottish and British monarchs, after 600 years 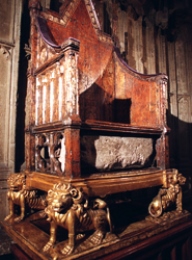 1996 – Women’s Day * in Myanmar: The Myanmar National Committee for Women’s Affairs was formed, to ensure the security and development of all Myanmar women

1997 – Four major tobacco companies settle a lawsuit filed against them by the state of
Mississippi over tobacco-related health-care costs, agreeing to pay $3.4 billion in payments spread out over 25 years

2011 – International Plastic Bag Free Day * is sponsored by Zero Waste Europe, founded in 2011, which is a stakeholder of the UNEP Sustainable Consumption and Production 10 Year Programme Framework, and Plastic Bag Free World, a global initiative

2013 – President of Egypt Mohamed Morsi is overthrown by the military after four days of protests all over the country calling for Morsi’s resignation. President of the Supreme Constitutional Court of Egypt Adly Mansour is declared acting president

2016 – NASA’s Juno spacecraft sends signals home confirming it successfully entered orbit around Jupiter after a five-year trip. Juno had to complete a 35-minute engine burn to be pulled into orbit around Jupiter, which is the largest, oldest planet in our solar system. Signals from the Juno spacecraft take 48 minutes to reach Earth, 534 million miles (859,389,696 kilometers) away 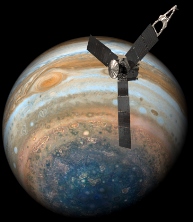 2018 – Since a court order to reunite more than 2,000 undocumented migrant children and parents separated at the border in May and June, the Trump administration told the parents to choose between leaving the country with their kids or without them, NBC News reported, citing a government form it obtained. The new instructions to agents do not offer the parents affected by Donald Trump’s “zero tolerance” immigration policy the option of reuniting with their children while awaiting a decision on their asylum applications in the U.S. Rights advocates say this aspect of the zero-tolerance immigration policy may violate international asylum laws. Parents and children who crossed the border after June 20 are being detained together

Nona Blyth Cloud has lived and worked in the Los Angeles area for over 50 years, spending much of that time commuting on the 405 Freeway. After Hollywood failed to appreciate her genius for acting and directing, she began a second career managing non-profits, from which she has retired. Nona has now resumed writing whatever comes into her head, instead of reports and pleas for funding. She lives in a small house overrun by books with her wonderful husband.
View all posts by wordcloud9 →
This entry was posted in History, Holidays, On This Day and tagged Charlotte Perkins Gilman, Dr Charles Richard Drew, Gloria Allred, Li Shizhen, M.F.K. Fisher, Nicolas de Condorcet, Ruth Crawford Seeger. Bookmark the permalink.
Loading Comments...
%d bloggers like this: